The capital in the midst of winter is at the same time cold, grim and beautiful

Sofia and snow do not get on well together. Every year, and with each snowfall, the city council is notoriously "taken by surprise," resulting in even some of the main traffic arteries being blocked by snow. Both citizens and business owners are equally unresponsive and only reluctantly – if at all – clear the narrowest possible strip of pavement, leaving the rest under a thick cover of dirty, compacted snow and ice. Walking, driving and braving the steps of the underpasses in a snowy Sofia is a risky endeavour, resulting each winter in hundreds of unlucky citizens ending up in hospital, having slipped and broken an arm or a leg. Tellingly, this January a major newspaper interviewed a mountaineer, a man who has climbed in the Himalayas, on this important topic: "How to survive on the ice." 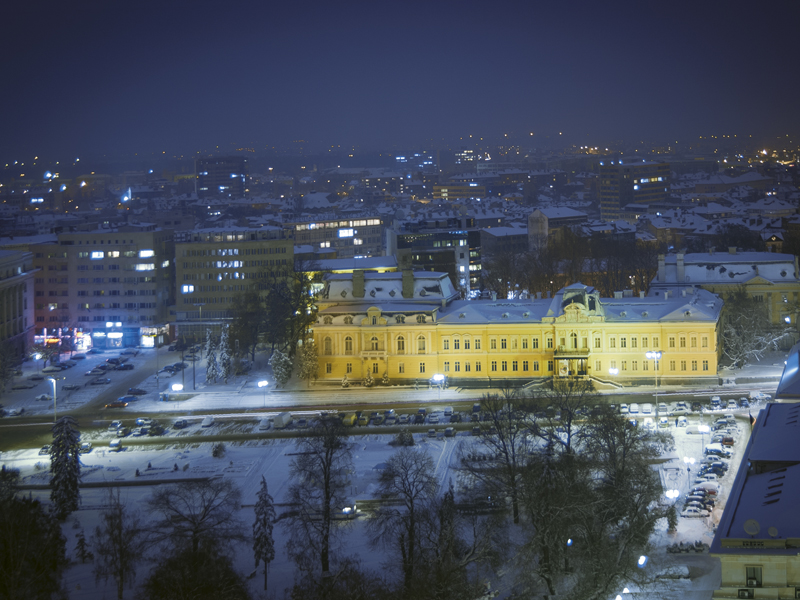 Yes, snowy Sofia can be somewhat unwelcoming, but this does not mean you should miss out on exploring and enjoying this Balkan city in winter. Here, the snow simultaneously brings out some of the best and some of the worst sides of life in the capital of Bulgaria.

Under a fluffy cover of new snow, Sofia's gardens and parks are transformed into shining white landscapes. The piles of foliage left to rot in the alleys and green spaces are hidden now, the black skeletons of naked trees covered with streamers of snow and ice have an air of bleak nostalgia ideal for an Instagram post, and squirrels are more prone to communicate with people. The people with their colourful hats, scarves, children, sleighs and playful dogs bring a note of jolliness to the picture. 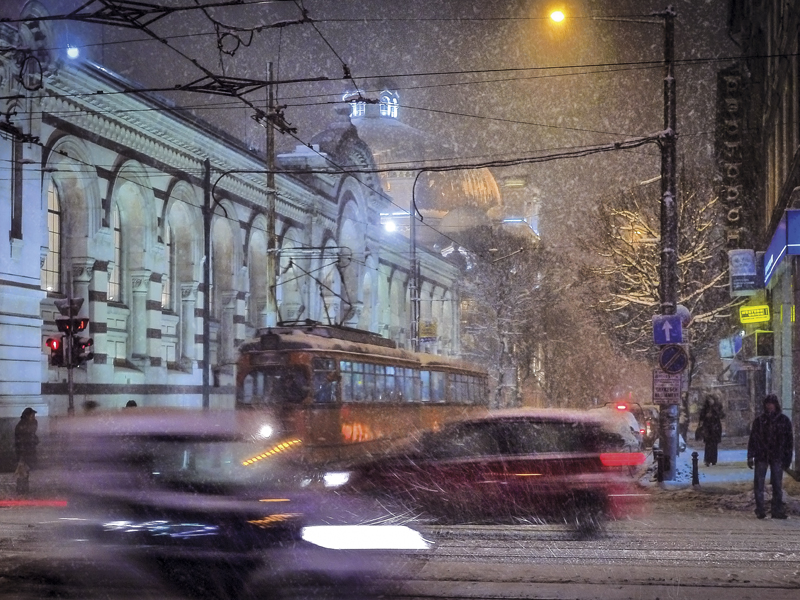 The hot springs by the former Public Baths steam in the frosty air, and their vapour swirls around the silhouettes of Sofianites who have come to fill their bottles with free mineral water. The bulgy grey partisans and Soviet Army soldiers on the Red Army Monument are topped with white hats of snow, as if nature had taken it upon itself to redecorate this controversial monument. The golden cupola of St Aleksandr Nevskiy Cathedral looms pale against the background of the grey winter sky. 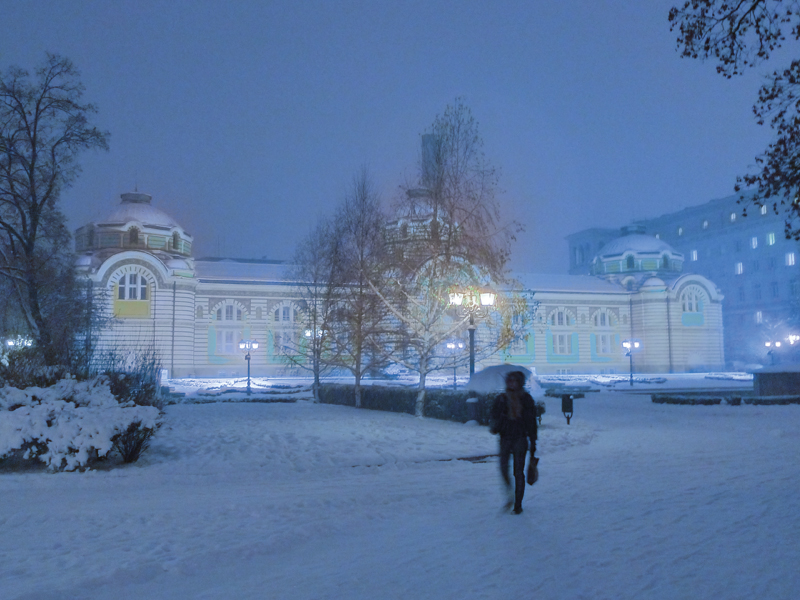 Even the grim mass that is the NDK, or National Palace of Culture, looks somehow less threatening amidst its wintery environs. Sometimes, snow fall here can even get exciting, as during the Millennium celebrations, when a cheering crowd of complete strangers started an impromptu snow-ball fight in front of the NDK, laughing their heads off. 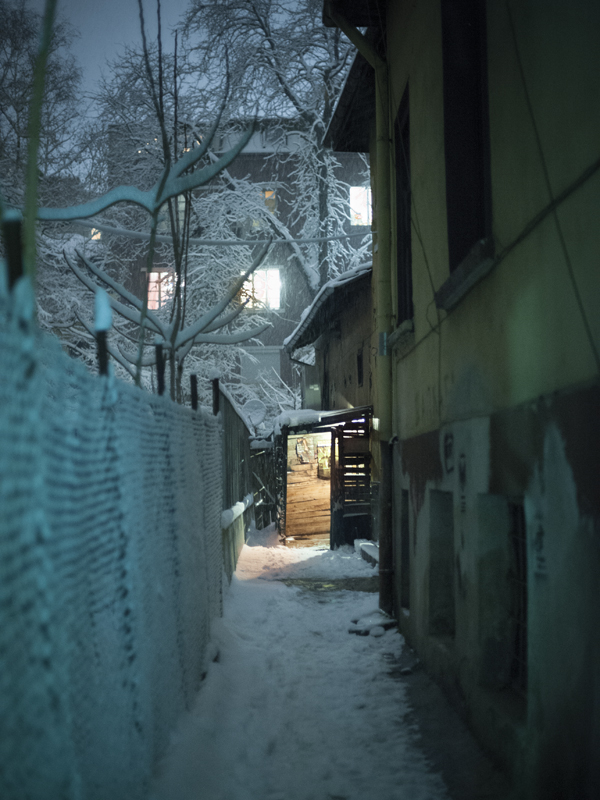 One of Sofia's best bars, Hambara

Unfortunately, some of the downsides of Sofia become more obvious on snowy days. The awful pavements became even more awful. The faces of the people in the streets look more removed from the real world than usual. The bus stops are a muddy mess. The lives of the homeless and beggars look more miserable with snow, ice, mud and subzero temperatures. Stray dogs, however, often fare slightly better – many of them can be seen sleeping under the windows of luxury shops, lying on sheets of cardboard provided by kind-hearted citizens. 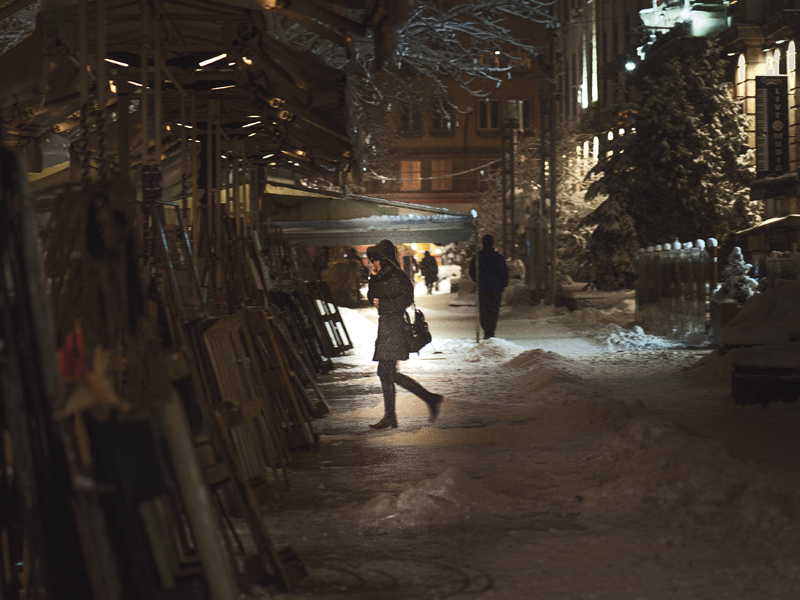 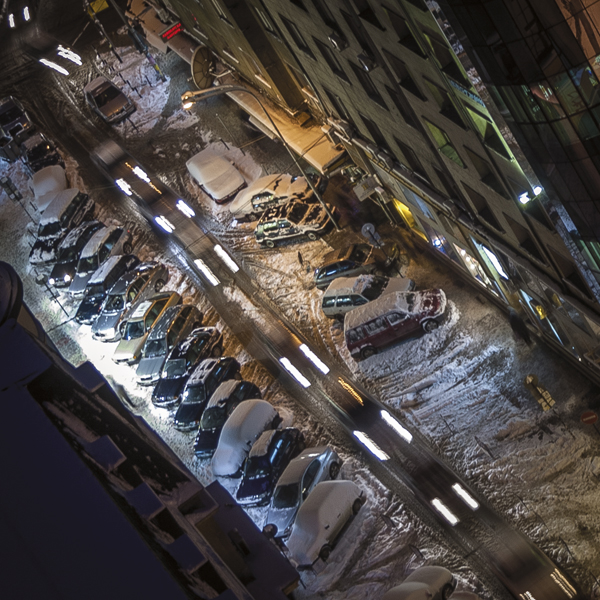 Monument to victims of Communism, in the garden of the National Theatre