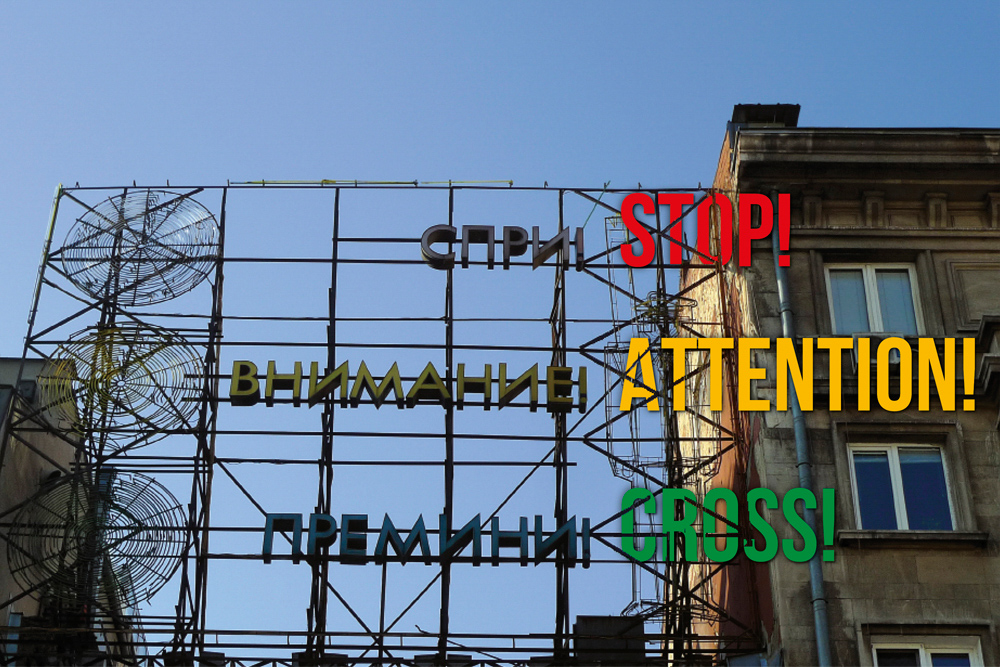 Over 20 years after the fall of the Iron Curtain Sofia City Council has decided to dismantle dozens if not hundreds of Communist-era signs that still adorn the façades, sides and roofs of houses and blocks of flats. For the time being council employees will reportedly be going around central Sofia jotting down the details, including locations, of the city's long-defunct neon lights in a log book. It is unclear when the actual dismantling will begin, nor how the sometimes massive signs, mainly wrought-iron and electrically illuminated letters, will be disposed of. 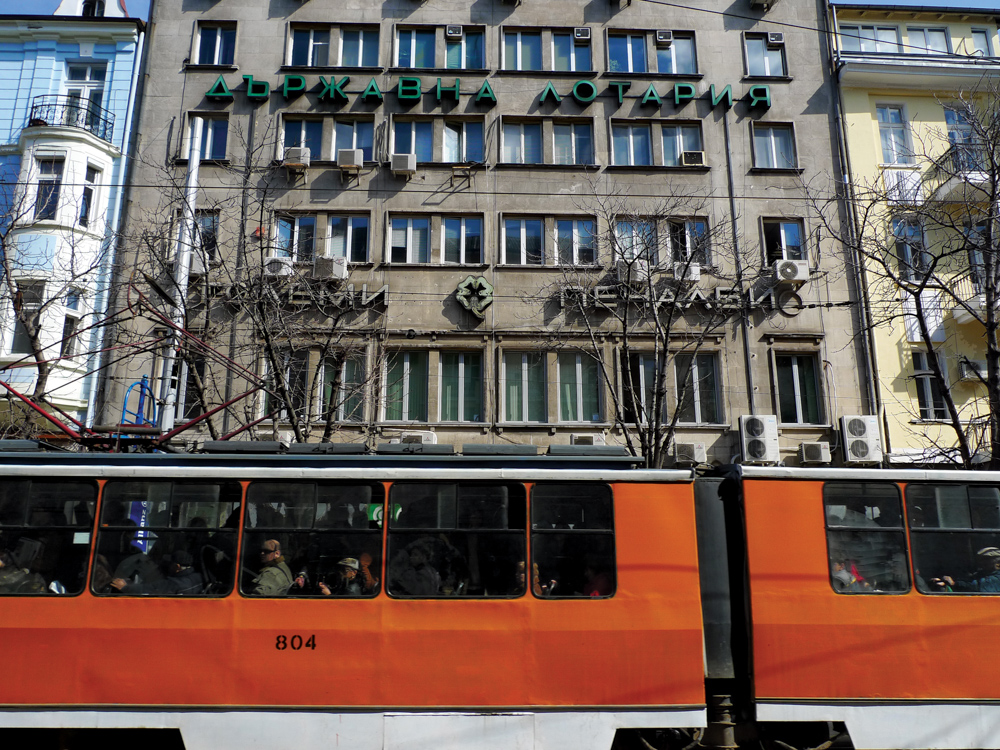 Unlike all other Eastern bloc nations, Bulgaria never bothered to rid itself of the symbols of its Communist past. Red Army and partizan monuments still adorn streets and squares in small and large towns, and even monstrosities such as the Party House on top of Mount Buzludzha have been left to the ravages of the elements.

Add to that the dozens of megalomaniacal patriotic sculptures commissioned by the Politburo in the 1970s and 1980s (see Vagabond No. 39-40) and you will get the picture of a country still very much in conflict with its own past. Ridiculous signs advertising "Printed Matters" live side by side with glitzy shopping centres, and Stalinist buildings now housing the offices of the National Assembly overlook the capital's new pride, the metro. 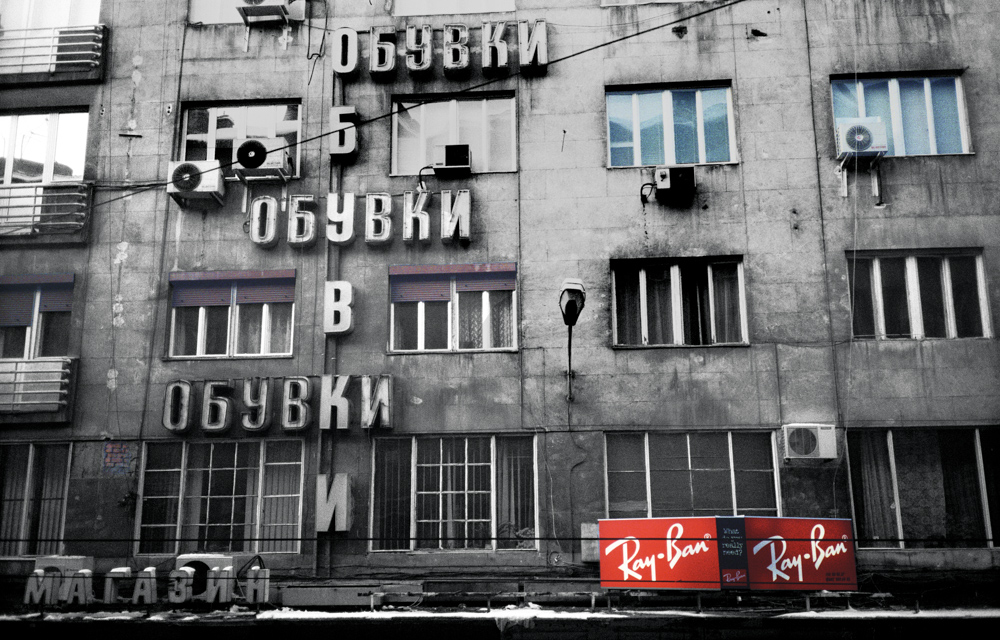 It is easy to philosophise why the Bulgarians never had the revolutionary ardour of the Czechs, Poles, Hungarians and even Romanians to free themselves of the visible part of their Communist heritage. Valid ideological, political, financial and even aesthetic arguments could be made, but the truth, as with so many other things in Bulgaria, lies somewhere else. It is neglect, pure and simple – the sort of sloppiness you have been seeing on the pavements of Sofia ever since you came here, including under the tenure of Bulgaria's current prime minister when he was still mayor of Sofia. Maintenance and urban planning, sadly, are not Bulgarian by-words. 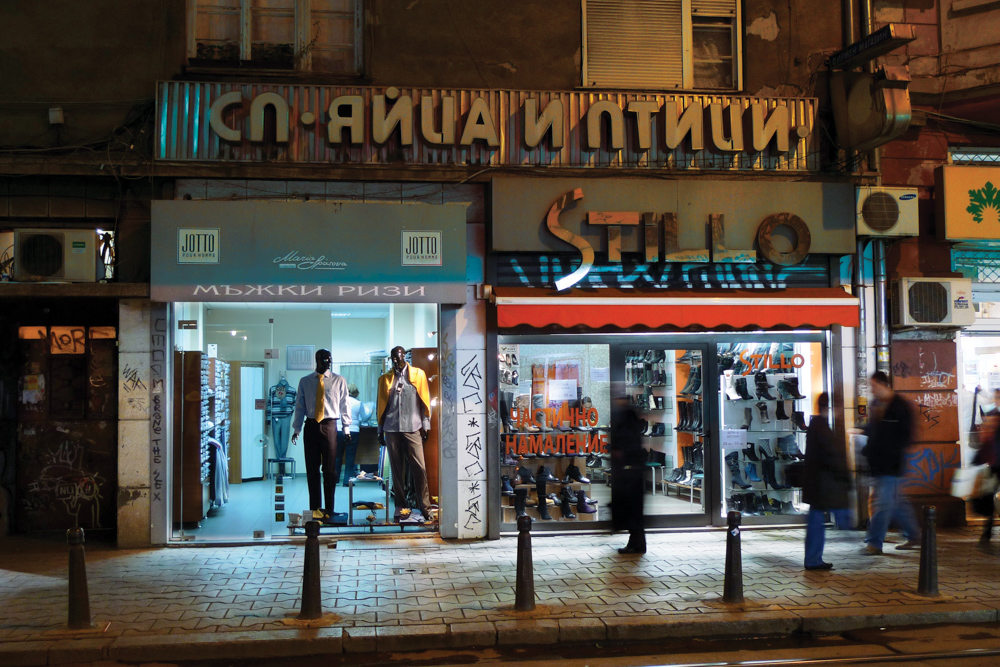 So, if you want to take a step back in time while you are in Sofia, you'd better hurry up. Wander around and look up – our all-time favourite is on Maria Louisa Boulevard, formerly called Georgi Dimitrov, next to Halite. Advising citizens how to use the traffic lights, it is exquisite in its simplicity and ease-of-use: "Stop! Attention! Cross!". Along with the signs advertising the state lottery and patisseries selling boza, it may soon be consigned to the dustbin of history. 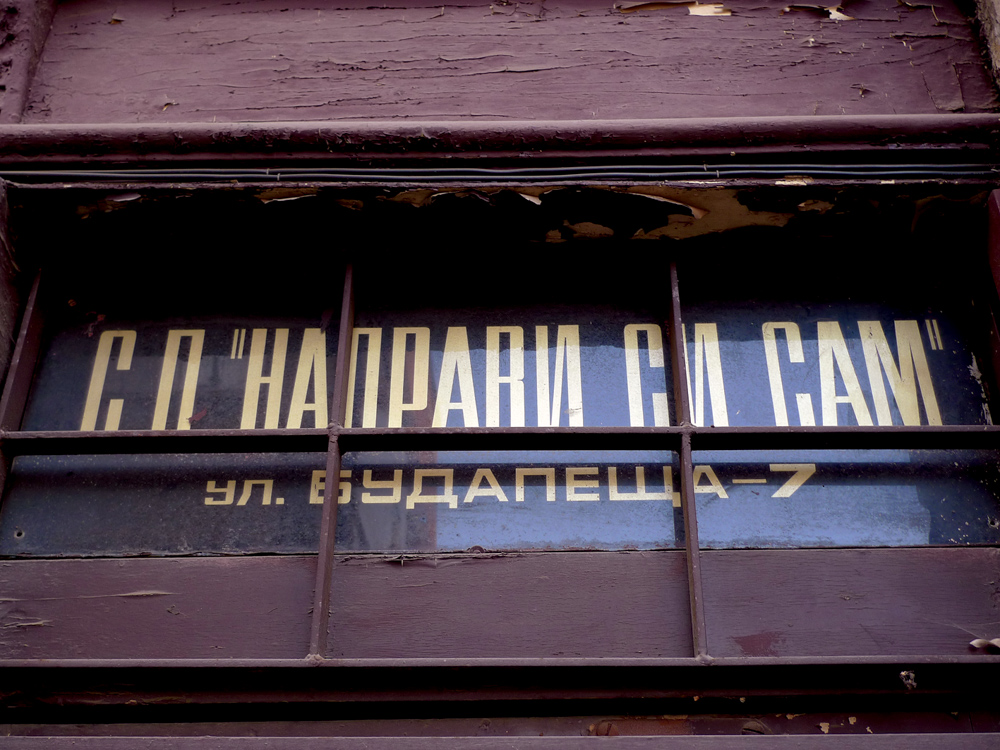 Economic Establishment Do It Yourself