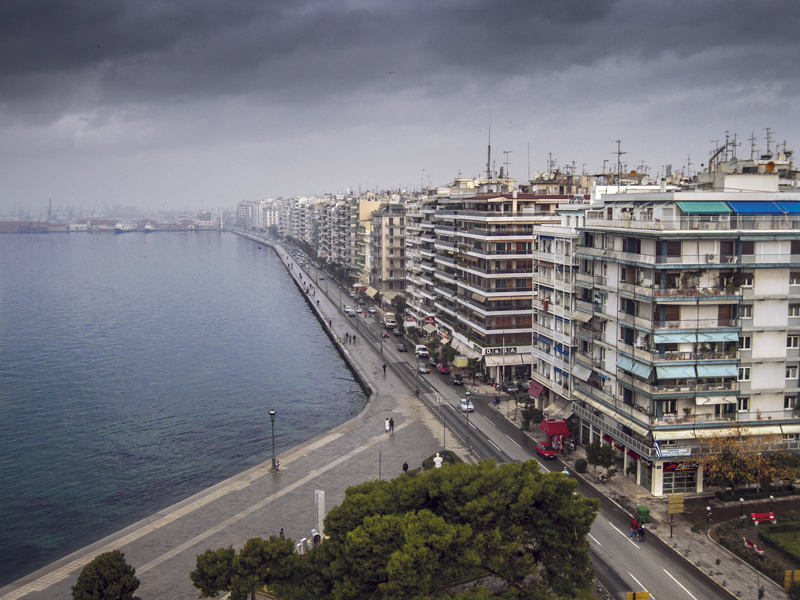 Even Bulgarians who love winter will admit this: if you are not on the ski slopes or beside the blazing fire of a traditional guesthouse or restaurant somewhere in the country, the year's coldest season is quite depressing in the big cities. The ice. The slush. The slippery pavements and the chore of clearing frost and snow from your car. The dark clothes Bulgarians unanimously wear. The murky shadows of the side streets at night.

Bulgarians from the big cities have long found a quick solution to the winter blues: Thessaloniki.

A few hours drive from Sofia, Greece's second biggest city is the complete opposite of the Bulgarian capital in the winter season. The temperature rarely falls below 0ºC. The sun shines and the air has that singular taste of freedom that always comes from the sea. People tend to smile more, and not because you are a tourist.

Thessaloniki has its fair share of sites of interest – the Roman Arch of Galerius and the Rotunda, the Byzantine churches, the Ottoman White Tower and fortress, the traditional houses of Ano Poli. Yet, it is much more that the usual touristy places that Greece abounds with, where visitors outnumber locals.

Thessaloniki is alive with crowds of business people and housewives doing their shopping, with small time shop-keepers and families out for a stroll. The city has a certain buzz, and also a distinct feeling of calm and peace. You'll feel it on the promenade, in the cafés, in the central streets and Aristoteles Square. Soon, you'll feel how Thessaloniki's free spirit fills you with something that can be described as pure bliss. Away goes the stress, and the winter blues. 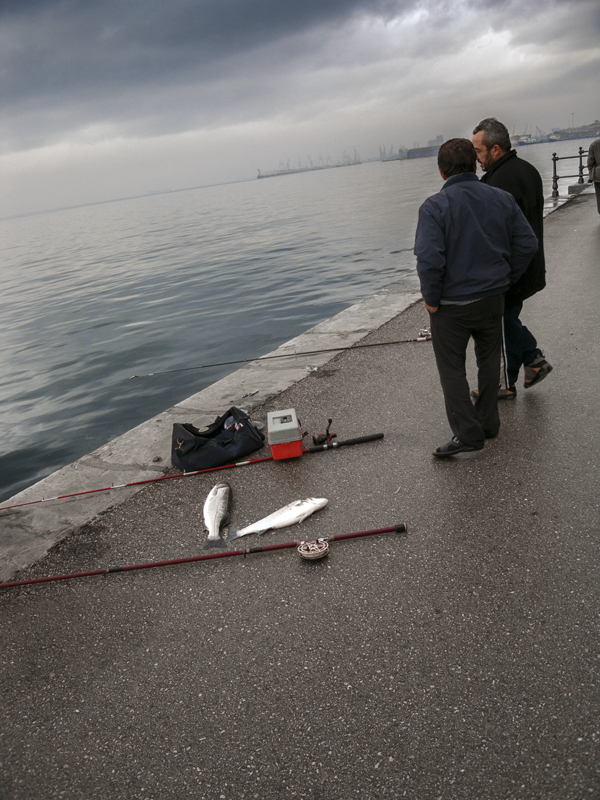 Thessaloniki is a pleasure, for all the senses.

Walking around the stalls of the central Modiano Market you can feast your eyes on the colours of fresh fruit and vegetables, while your nose appreciates their earthy aromas. Your ears ring with the cries of the fish and meat sellers, and the dense taste of that cup of thick Eliniko coffee you had at the traditional kafenio on the corner lingers for hours in your mouth.

While Modiano and the nearby Hales are still struck in Thessaloniki's recent past (think about the 1960s), the promenade is a more modern experience. Recently renovated and offering the opportunity to walk by the sea until you drop exhausted onto some bench (the promenade is 6km long), it is a place of modern artwork and beautifully designed bars, café and restaurants, of teenagers talking with friends and flirting, of all that is good in Greek life.

No, wait. We forgot the food.

Even if Thessaloniki lacked all the pleasures we described above, the food would be enough of a justification to visit the city, repeatedly.

It might be an okra stew and mussels at one of Thessaloniki's traditional restaurants in the Hales. It could be lamb chops in some of the establishments in Ladadika, the city's undisputed eating out and fun area. It might be fish in an expensive restaurant, or just a sesame ring bought and eaten on the street.

Whatever your choice, the food in Thessaloniki is fresh, delicious, and addictive. Being there and not overindulging – with food and experiences, with sun and the quiet happiness that simple pleasures bring – must mean only one thing: you probably need a doctor to deal with your blues. But we have tried it, and we know: why go to a doctor, when Thessaloniki is so close and so effective a cure against dark winter moods? 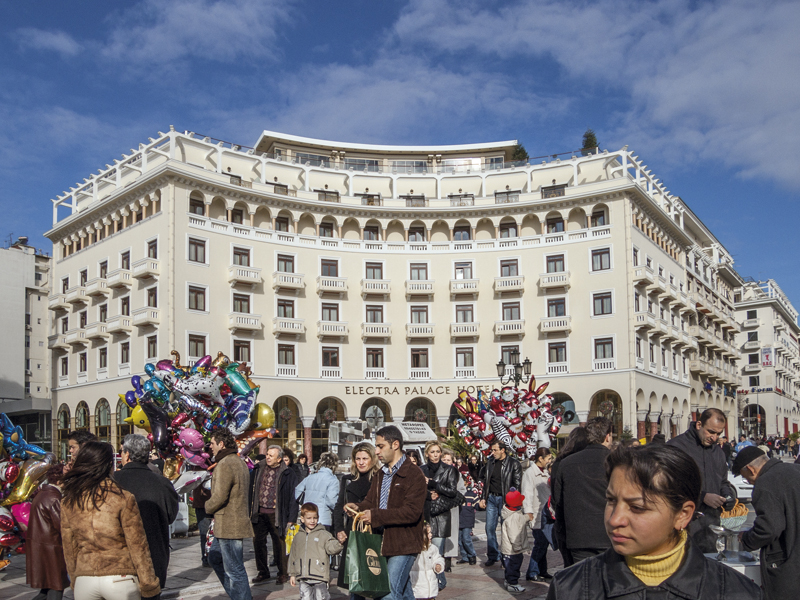 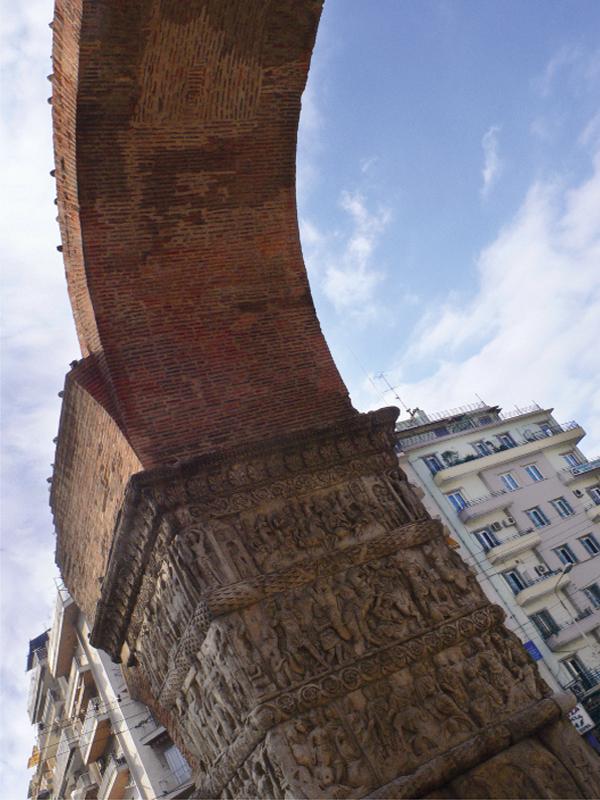 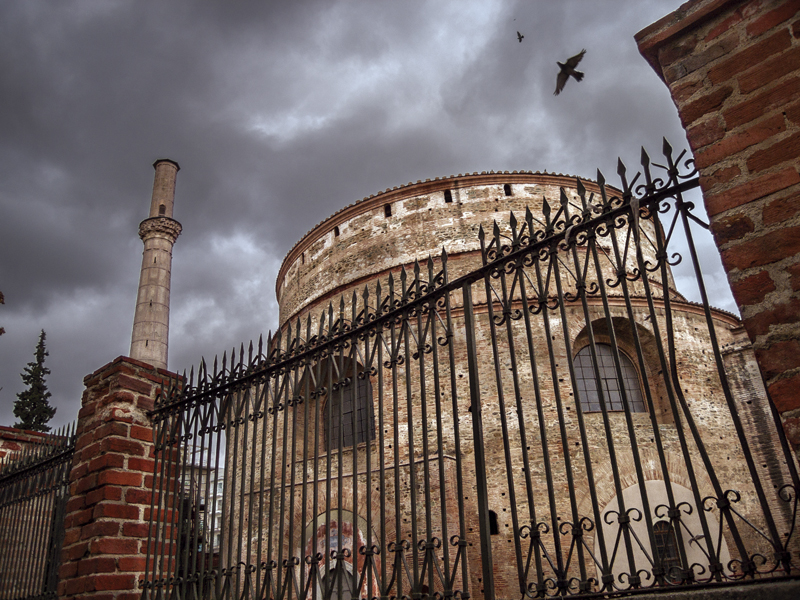 The Rotunda was a part of a complex with the Arch of Galerius. Its initial purpose remains unknown, but it was later a church and a mosque. The minaret still stands. The Rotunda in now a museum 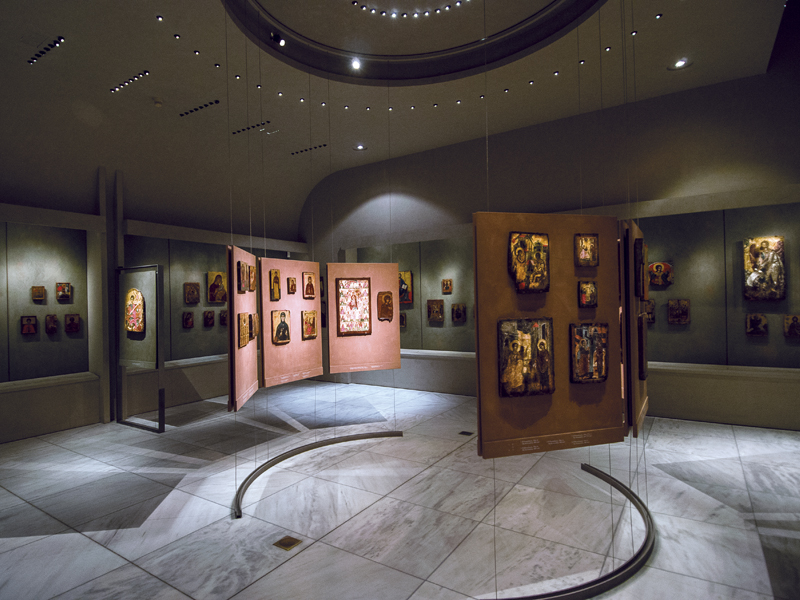 The Museum of Byzantine Culture is one of the best in the Balkans, and in 2005 was awarded the Council of Europe's museum prize 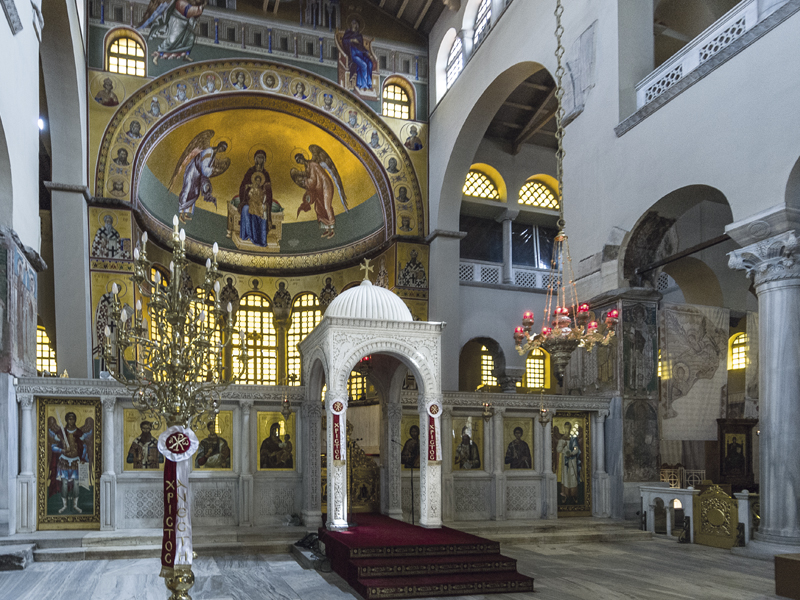 Interior of St Demetrius Basilica, from the 6th Century. Thessaloniki's Byzantine churches are in the UNESCO's World Heritage List 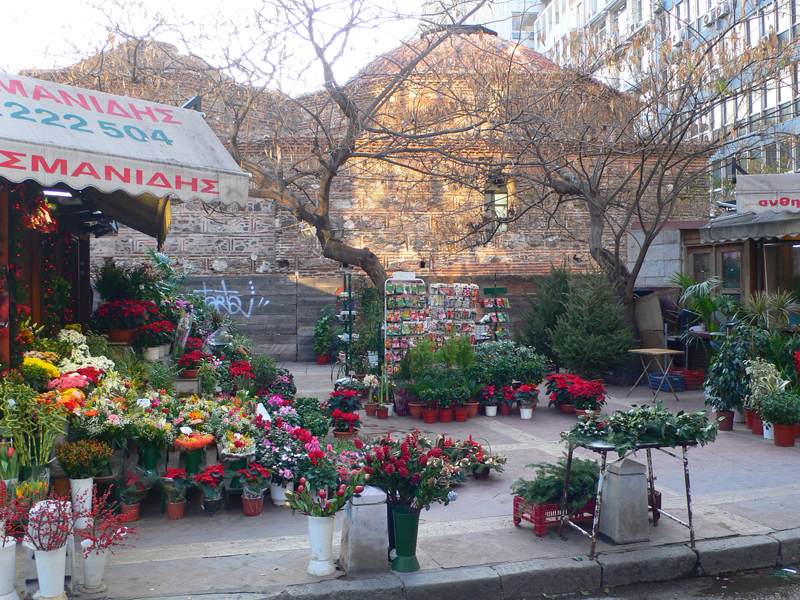 In spite of the buzz, the central streets of Thessaloniki are calm enough for a quiet walk