Baščaršija, the Ottoman old market was heavily damaged during the Siege of Sarajevo, but is now revived, catering for a growing number of tourists

"I cannot understand how these people continue with their lives surrounded by all these memories," says a British lady we meet at the Markale central market in Sarajevo.

The beauty of Sarajevo only makes the task harder. Spread at the foot of forbidding mountains that are so typical of the Western Balkans, the city is a delicious mixture of fine Ottoman architecture, the elegant fin-de-siècle style of Austria-Hungary, and futuristic Yugoslavian modernism. The embodiment of the East-Meets-West-While-Stuck-Between-a-Communist-Past-and-a-Democratic-Present cliché, Sarajevo is a city of hearty Balkan food, vibrant modern culture, rising numbers of tourists and the gentrification and hipsterisation that go with it. It also has its fair share of international retail brands, flashy new hotels and shopping malls.

Sarajevo could be one of those delightful destinations that make you feel like an explorer without losing your Wi-Fi access, it it were not for the traces of two of the 20th century's more prominent conflicts. They turn a visit to the capital of Bosnia into a more poignant experience.

The humble bridge where, on 28 June 1914 Franz Ferdinand, the heir to the Austrian-Hungarian throne was killed, makes for a disturbing sight. The mind struggles to comprehend the chain of events, both planned and accidental, that led to the assassination of a major political figure in the backwater of Sarajevo, triggering the First and ultimately the Second World War.

The scars from the Bosnian War are everywhere. Pink and red "Sarajevo Roses," the remains of shells hitting the pavements during the four-year siege of the city still "bloom" in the streets. Old sniper-fire scars pockmark the walls of apartment blocks and administrative buildings. Local souvenirs go beyond the typical array of traditional crafts and made in China knickknacks: in Sarajevo you can buy a pen, a keychain, or a vase made of shells of all calibers. The makeshift cemeteries that appeared when the besieged city ran out of burial spaces are still there: row after row of white stones with names sharing the same years of death, from 1992 to 1996. The remains of the bobsleigh track, a part of the extensive sport facilities built on Mount Trebeviĉ for the 1984 Sarajevo Winter Olympics, are now a dystopian ruin, covered with graffiti and the evidence of gunfights. 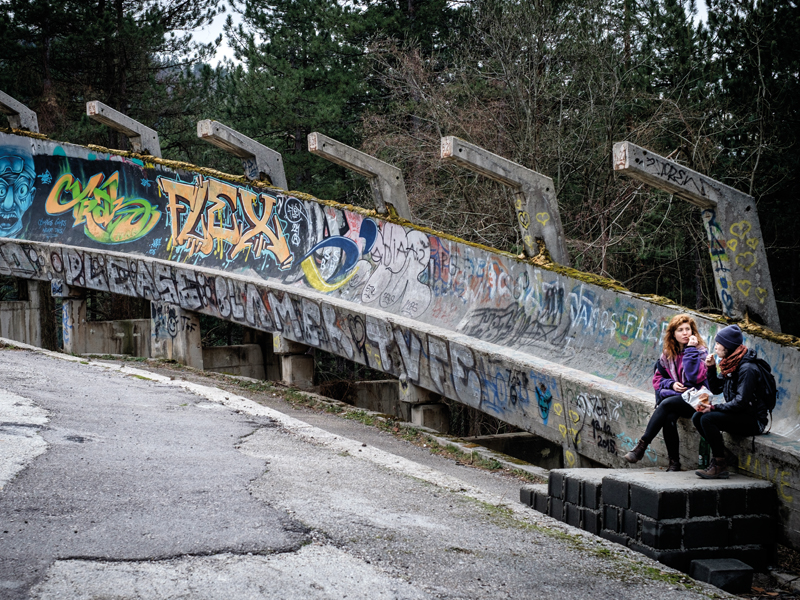 Remains of the bobsleigh track from the 1984 Winter Olympics

Then there are the memorials and the museums dedicated to the Bosnian War: from the preserved tunnel under the local airport runway that the besieged citizens dug to get supplies, to the memorial to the child victims of the siege. One monument stands out with its defiant self-irony: a larger than life statue of the ICAR canned beef commemorates the relief sent by the Americans, which was often long past its expiration date.

Life and death, peace and war, pleasure and fear intertwine in Sarajevo in a way they do in few other places. This bitter-sweet mixture seems more poignant today, when growing global instability is turning into ashes what we have formerly perceived as God-given: human rights, multiculturalism, a tolerant society. Sarajevo is the living reminder of how easily a multicultural and (relatively) tolerant society can descend into a state of bloody chaos. It has seen this happen twice, with the assassination of Franz Ferdinand by Serbian nationalists, and the politics of division and hatred that broke Yugoslavia apart, pitting the Southern Slavs, people of similar origin and language but of different religions (Muslim, Eastern Orthodox, Catholic) against one another, sowing animosity among neighbours, friends, family members.

Extraordinary events happen to ordinary people, like you and me, who have lived their lives thinking that peace is their natural state of being until disaster strikes, borne by populism, radicalisation and fear, destroying people, communities, and the hope of life, taking years to achieve reconciliation and normalisation: this is the lesson of Sarajevo, if we only have eyes to see beyond the beauty of this city, and into its troubled past. 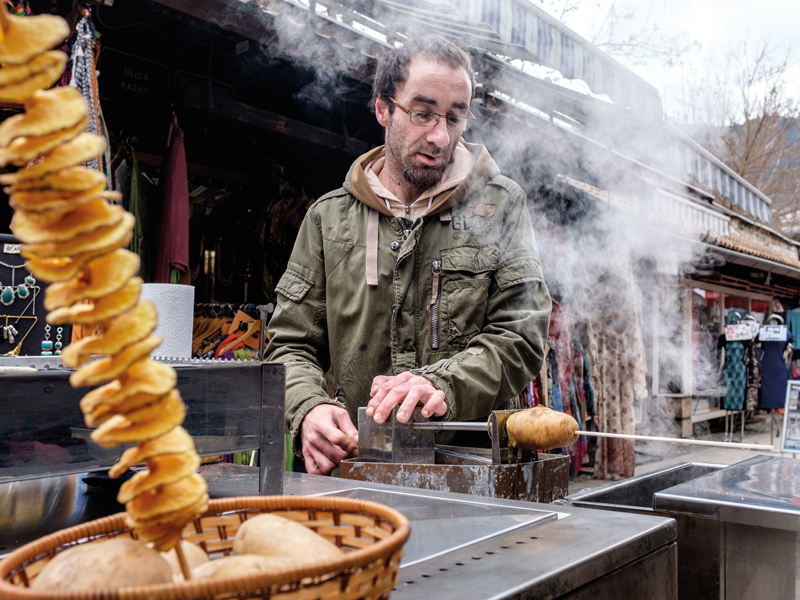 Monument to mankind on Freedom Square, with the Serbian Eastern Orthodox cathedral in the background 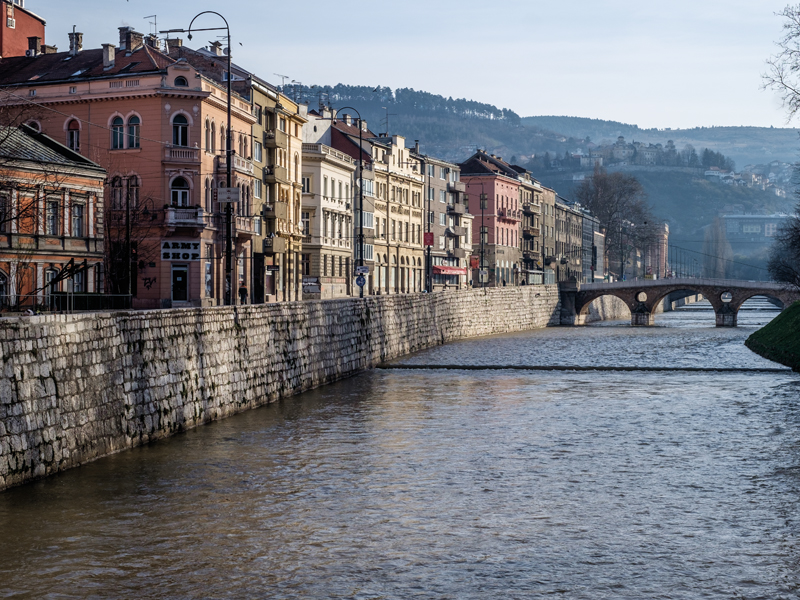 The Latin Bridge where Archduke Franz Ferdinand was assassinated in 1914