THE LAND OF DRACULA

Dracula, Bram Stoker's notorious creation, is one of Romania's most recognisable symbols and, since the 2000s, the country has been liberally cashing in on this. Most of the visitors obviously flock to the atmospheric Bran Castle, in Transylvania, the supposed lair of the vampire.

Perched on a rock at the end of a narrow pass through the mighty Carpathians, Bran Castle looks like the ideal set for a Gothic novel. However, it has nothing to do with Count Dracula. There is no evidence that Bram Stoker knew about its existence at all. The first fortification here was built in the 13th century. The dark fairy-tale castle you see today is a much later addition, commissioned in the interwar period by the Romanian Queen Marie (1875-1938). She had a knack for intriguing, fantastic architecture – and apparently this was enough for Bran to become the "Dracula Castle."

Romania, though, does have plenty of places connected with Dracula. However, this is not Bram Stoker's polished noble vampire, but a strange and frightening real-life man. This was Vlad III Țepeș (1431-1476), known also as Vlad the Impaler. He was a Wallachian nobleman, born in the violent times of the Ottoman conquest and skilled at playing the local game of thrones. Bold and intelligent, cunning and unscrupulous, Vlad III sat on the Wallachian throne three times, before getting killed in battle with the Ottomans.

The Ottomans were Vlad III's obsession and greatest foe, although he also had many others, such as the Saxon merchants, Wallachian nobility and even some of his immediate family. He fought them all mercilessly, with cruelty and an enthusiasm that shocked even his contemporaries. His preference and penchant for impaling prisoners, captives and enemies fascinated Christian Europe, with rumours of his sadism spread far and wide by a new invention: the printed pamphlet. Even in his lifetime, Vlad III became a legend, both as a brave protector against the Ottoman invader and a heartless monster. With time, his legend faded, adding a drop of blood to the region's already rich vampire folklore. In the 19th century, Vlad III became a national hero for the Romanians, but was all but forgotten in the rest of Europe – until Bram Stoker stumbled upon his name and, with a Victorian twist of his quill, turned him into the pop culture phenomenon we all know today.

The sites connected with the life and deeds of Vlad III are scattered in Romania's Wallachia and Transylvania regions. A fortification he built in Bucharest, for example, stands near the lively and hip Lipskani district. A more detailed Vlad III-themed trip, however, will bring you to sleepy towns, steep mountains and mysterious churches. 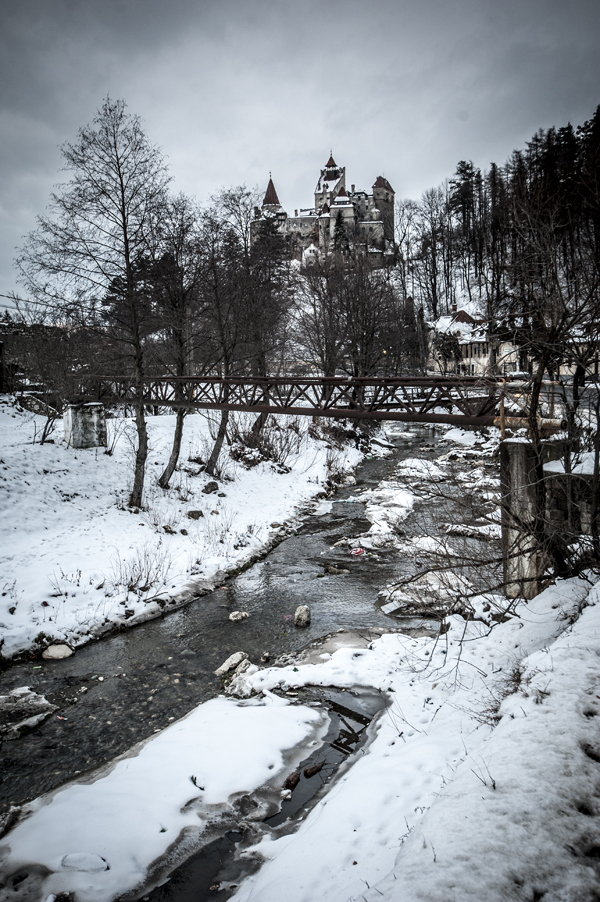 Probably because of its beauty and menacing atmosphere, the Bran Castle is now firmly, if erroneously, cemented in popular imagination as the lair of Dracula

Vlad III was born in Sighișoara, formerly known as Schassburg, one of the seven Saxon cities of Transylvania. A yellow house, on Citadel Square by the Clock Tower, claims to be the place where the family of Vlad Dracul, the father of Vlad III, lived for several years. With or without Dracula, old Sighișoara is picturesque and atmospheric, with fortifications, cobbled streets and colourful houses climbing up a hill, crowned with a grand cathedral and a melancholy cemetery.

Bran Stoker cemented Dracula in the popular imagination as a Transylvanian resident, but the reality was quite different. After Sighișoara, Vlad III's second spell in the region was a forced one: between 1462 and 1475, he was a prisoner of honour of the Hungarian King Matthias Corvinus. Some claim that he spent these idle years at Corvin Castle in Hunedoara. Dark and austere, all towers and bastions perched on a steep rock, this castle is a classic mediaeval sight, built mostly in the 15th century and heavily reconstructed in the 19th century.

Vlad III spent his active years in Wallachia, the heart of his power on the frontline against the Ottomans. Now a nondescript town, Târgoviște was a busy marketplace and one of the seats of the Wallachian princes. Their castle is now a ruin, but one tower has survived. The 27-metre Chindia Tower was built by Vlad III, although only the foundations are mediaeval. The upper part, which is made of red brick and looks like a Victorian folly, is a 19th century "restoration."

The Chindia Tower is now the symbol of Târgoviște, although Vlad III's track record in the city is far from peaceful. In 1457, soon after he took the throne for the second time, he killed the local nobles as revenge for the murder of his brother. In 1462, while the Ottomans were approaching the city, the prince attacked their camp in the daring night attack near Târgoviște. His plan to kill Sultan Mehmed II failed, but the Ottomans suffered heavy losses. When they finally reached Târgoviște, the city was empty, its gates open and 20,000 Ottoman prisoners of war lined the roads, each one impaled. Vlad III was nowhere to be seen. 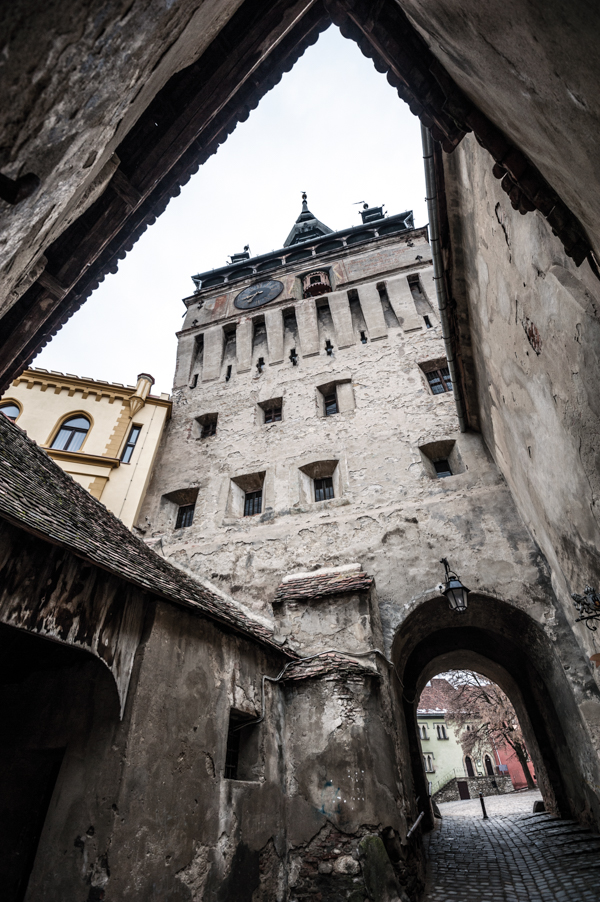 The historical core of Sighișoara seems as if barely changed from the 15th century, when young Vlad spent the first years of his life in it

Vlad III was aware that flat Wallachia was too vulnerable, so he built himself an impregnable castle in the narrow gorge of the Argeş River, in the Carpathians. The legends say that he spared the young Târgoviște nobles from the 1457 massacre, and marched them to the mountain, forcing them to built Poenari Castle. Now known as "Dracula's True Castle," Poenari is still a challenge. The only way to reach it is via 1,480 steps, built recently to make things easier for visitors. After centuries of abandonment, the castle is now a humble ruin.

Vlad III was killed in 1476. His head was reportedly cut off, immersed in honey and transported to Constantinople for the Ottomans to see. The whereabouts of his supposed grave were unknown. Since the 19th century, however, a legend has claimed that he was buried inside the Snagov Monastery, on an island in a pristine lake in Wallachia, north of Bucharest. Vlad III was supposed to lie under an unmarked slab in front of the altar, but excavations in 1933 were inconclusive. Both human and horse bones were found in the tomb, adding yet another puzzle to the enigma of Vlad III Dracula. 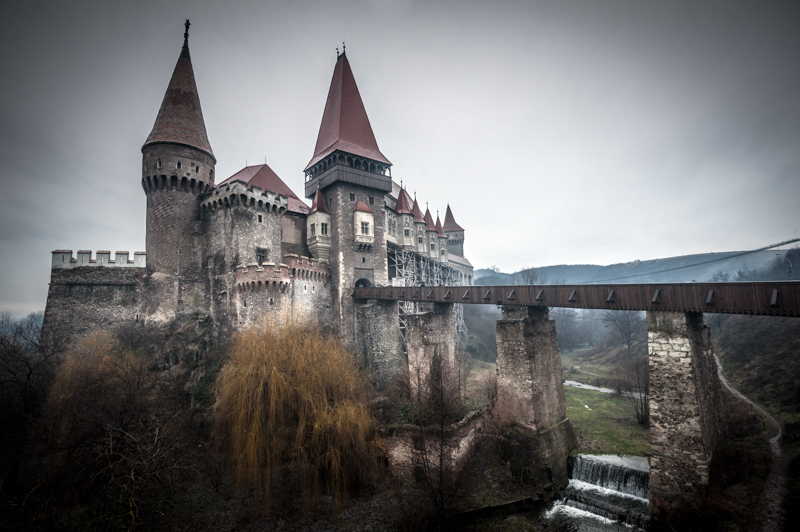 The Corvin Castle in Hunedoara looks fit for the lair of a bloodthirsty monster. Most of the complex was built in the 15th century, at the time when Vlad III was supposedly imprisoned in it

Statue of Dracula in front of some fortifications he built in Bucharest. Interestingly, Bucharest's name appeared in a historical source for the first time in 1459, when it was mentioned as a residence of Vlad III 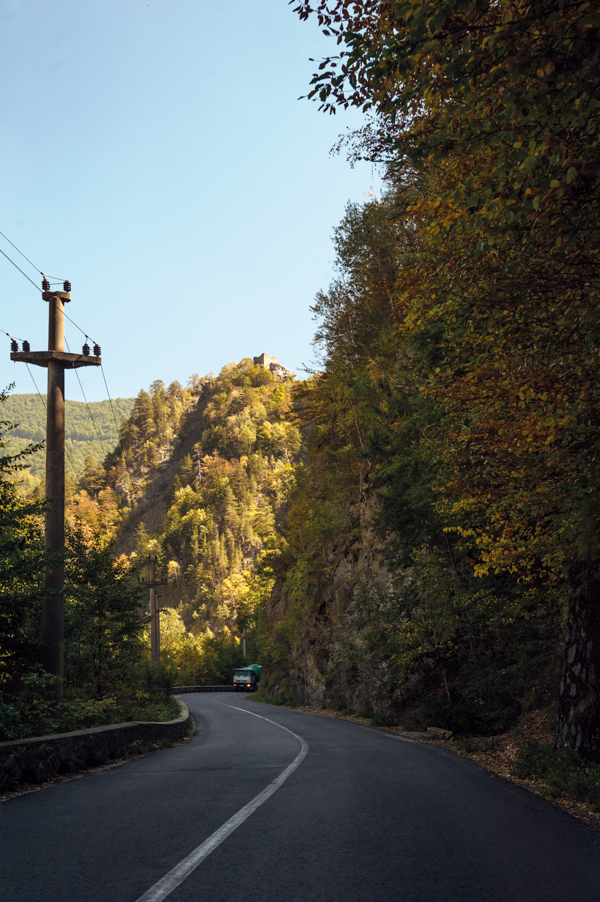 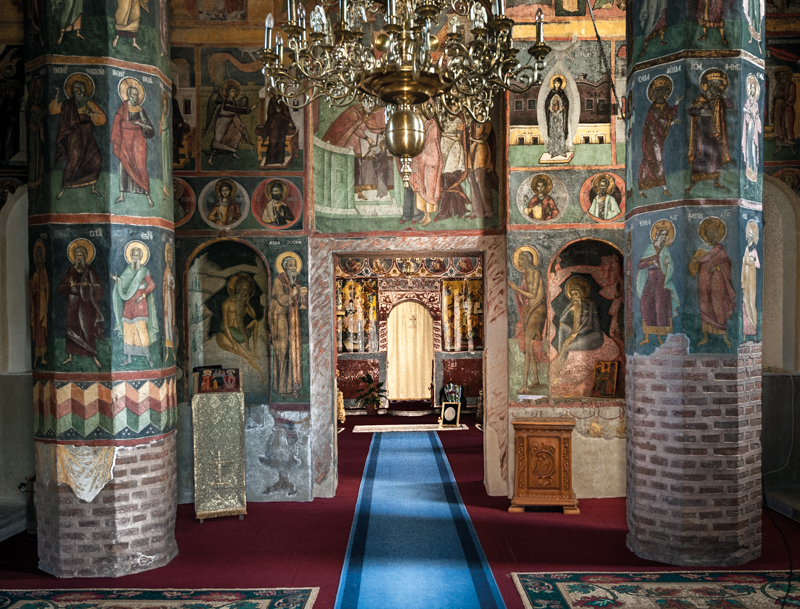 Vlad III is rumoured to be buried inside Snagov Monastery

Read 2610 times Last modified on Tuesday, 02 January 2018 14:54
Published in Foreign Travel
More in this category: « TIRANA, ALBANIA'S CAPITAL, IS NO LONGER ONE OF THE MOST ISOLATED PLACES IN EUROPE OUR MEN IN VIENNA »