Thessaloniki seen from the old fort. The Rotunda of Emperor Galerius is visible

Your best escape from the coldest months

Winter with its cold, ice and smog can be overwhelming in Bulgaria. Thankfully, there is a quick solution: Thessaloniki.

The second largest city in Greece is a five-hour drive from Sofia, and has everything you might crave in the harsh Balkan winter. The weather is balmier. There is no ice. The sea breeze wafts in fresh air and the ideal conditions to relax, unbutton your coat and breathe freely.

Thessaloniki is more relaxed, even more anarchic, than Athens. In its centre, inexpensive shops rub shoulders with luxury boutiques and busy cafés. Street vendors sell lottery tickets and Greek pretzels. Young people on scooters manoeuvre between the tightly parked cars and sometimes between the pedestrians on the pavements. Well dressed women walk slowly, immersed in deep conversation with their friends, on their way to the Modiano covered market. Joggers run along the promenade without giving a second glance to Thessaloniki's emblematic White Tower.

Thessaloniki may be relaxed, but it is far from provincial. Its events calendar is packed with concerts by performers who rarely appear in Sofia. The night life oscillates between the centre and the former industrial zone west of the harbour that is now a collection of clubs, hotels, a museum (to waterworks!) and abandoned factories, storehouses, railway lines and rusting carriages.

The city has been like this for most of its long history. Since its establishment in Antiquity, Thessaloniki has always teemed with life, trade and commerce. The remains of its rich past are still visible all around. The weathered reliefs on the 4th century Arch of Galerius recall the Roman emperor's victory over the Persians, while the nearby Rotunda, also built by Galerius, is covered with outstanding ancient mosaics. The minaret from the days when it was a mosque still stands in the garden. 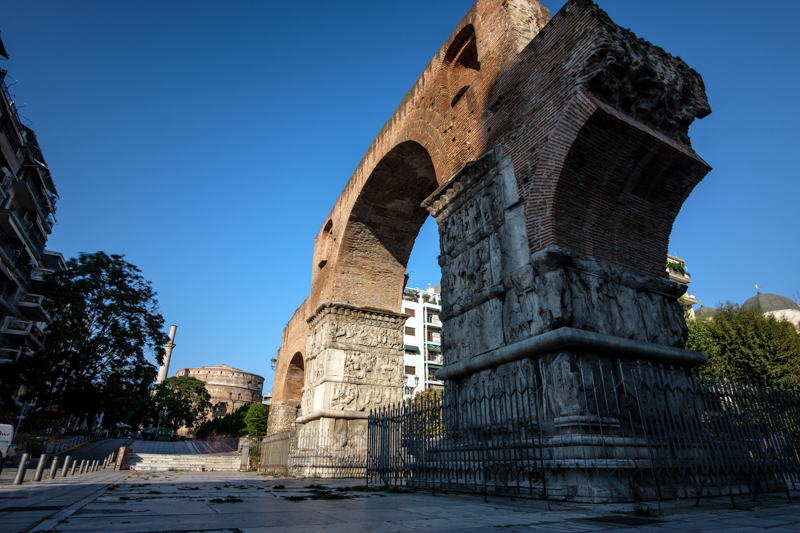 Byzantine churches, a designated UNESCO World Heritage Site, can be seen amid the drab 1960s and 1970s apartment projects. St Demetrius is the most popular but St Sophia and Panagia Chalkeon also deserve a visit. The excellent Byzantine Museum provides valuable background on the city's mediaeval life.

The red-brick remains from the Ottoman times – a former mosque here, an old hammam there – add a welcome splash of colour to Thessaloniki's prevailing grey. The city fortress, which was used and reused by a succession of rulers, looms over the labyrinth of 19th century houses in the Ano Poli, or Upper City, quarter. The best views of Thessaloniki and the sea are from here. When the air is clean, Mount Olympus can be seen on the horizon.

Thessaloniki's joys of life are as diverse as is its cityscape. You can scout for antiques in the flea market a street away from the remains of the ancient forum. You can stroll along the promenade or spend hours the Greek way, chatting with friends in a waterfront café. You can stock up on artisan olive oil, excellent olives or spices from the Modiano market, or you can lose yourself in the winding streets around, until you find yourself in front of the dusty façade of the City Halls. These no longer sell food, but some of the empty spaces are now restaurants.

Restaurants! The food that Thessaloniki offers year round is one of the main reasons to take that five-hour drive from Sofia. The local taverns provide variety and quality at more affordable prices than those in Athens: tender fresh fish and grilled octopus covered in olive oil and oregano, delicate mussels with rice, juicy meatballs, tender lamb chops, fried potatoes crispy on the outside and fluffy on the inside, melted cheese in an earthenware pot, bread that is to die for. Free desserts. The list goes on for pages.

With a full stomach and a slightly fuzzy head from the ouzo and the local wines, you can only wonder: why not move to Thessaloniki permanently, or at least for the winter? 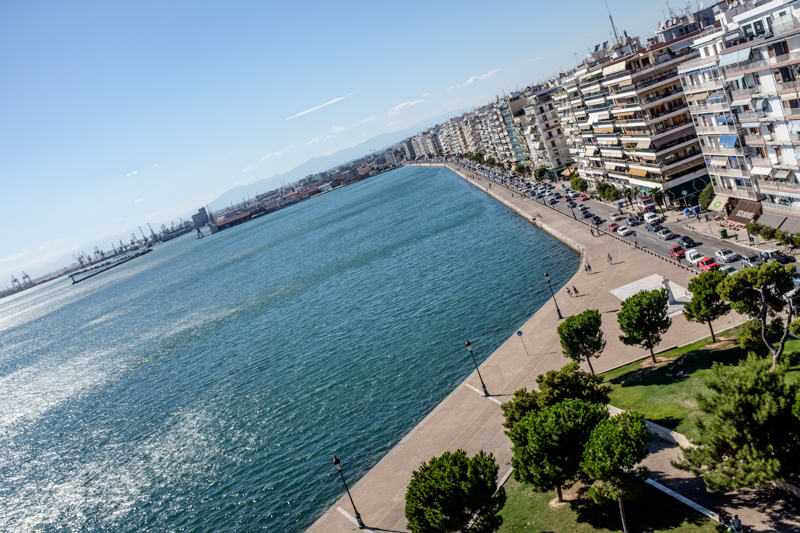