Bulgaria's capital hosts many religions, each with its own history

They are all over Sofia; some with shining domes, some old and crumbling, and some housed in inconspicuous grey buildings. Through the many places of worship in Sofia you can trace back the history of the city for nearly two millennia, although many were only built during the last 150 years and bear the marks of wars and Communism.

This diversity of religions comes from a long and complicated history, peopled by Romans, Bulgarians, Ottomans, Jews and Greeks, along with other minorities. Each group built its own place of worship, though the line between "traditional" and "non-traditional" religions blurred between 1944 and 1989, when the Communist regime persecuted all of them indiscriminately.

A walk through Sofia's temples is an invitation to explore the city from an angle you may not have thought of before – that of faith.

Landing in Sofia by plane, you can't miss the shining, gilded domes of St Aleksandr Nevskiy, right in the very centre of the city, surrounded by landmarks such as the Parliament building and St Sofia church. The iconic cathedral was planned in 1879, immediately after the end of the Russo- Turkish war (1877-1878), which brought about Bulgaria´s liberation. It was built with donations from Bulgarians, but construction didn't start until 1904 and finished in 1912. 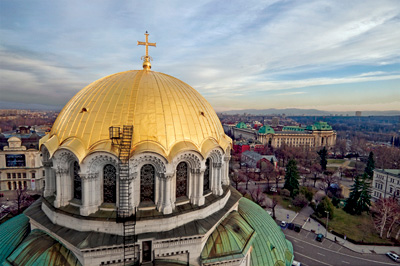 Russian architect Alexander Pomerantsev worked on the design, which is an eclectic mixture of Eastern and Western religious architecture. Different elements had to be custom-made all over Europe: the chandeliers were made in Munich, the mosaics are Venetian, and the wooden doors are from Vienna. The cathedral has the largest bell in an Orthodox church, weighing 12 tons. Along with the other 11 bells, it was made in Moscow. On delivery it had to be pulled by oxen to the top of the 53-metre belfry – one man was killed in the process, when the bell slipped. 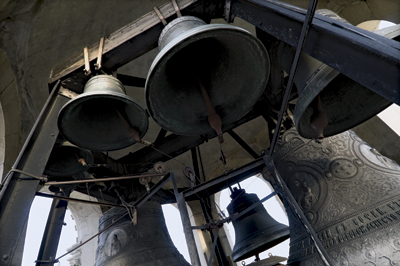 The seat of the Bulgarian patriarch, the cathedral can hold 5000 people, and often does so on the great Christian holidays such as Christmas and Easter, when people flock to the ceremonies. It is a prime tourist attraction, with its grand scale and magnificent murals and icons, some of them painted by the most famous Bulgarian artists. The crypt contains the Museum of Period Bulgarian Art with more than 200 examples of icons and icon fragments.

Bulgaria's original contribution to what might be called a cult is Petar Danov, or Beinsa Douno, as he is known by his followers. Danov, a Bulgarian spiritual leader and teacher, created his "esoteric Christianity" in 1897 in Bulgaria, and quickly gained popularity throughout Europe. He preached a kind of pantheism, mixed with various mystic influences from the end of the 19th century, and was a prolific speaker. Nowadays, we have more than 4000 published lectures. His White Brotherhood, a gathering of people who shared his beliefs, was officially established in 1922. In 1927 they founded a small village called Izgrev, or Sunrise, which soon grew to 150 people, on a site to the south of the Borisova Garden. At that time it was still outside the city limits; today it is an urban district of the same name. 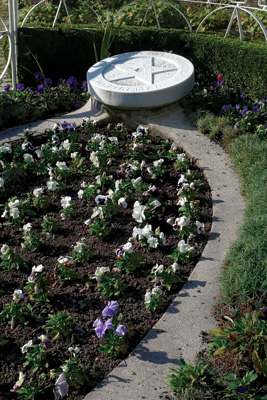 Danov died at the end of 1944 and was buried where he had spent his final years. Allegedly, the new Communist authorities initially forbade the burial, since it was outside a graveyard. Danov's closest friends send a telegram to Georgi Dimitrov, head of the Comintern at the time. Danov and Dimitrov had lived in the same house for a few years and had talked on a number of occasions. Dimitrov gave his personal permission for the burial.

The grave is called "The Master's Place" by the members of the White Brotherhood, who believe their teacher has not died, but merely left this earth. In 1958 the village of Izgrev was seized from the Brotherhood by the authorities and allocated for the construction of foreign embassies. After 1989, however, the Brotherhood was reinstated and included in the list of religions officially recognised by the state. Danov's grave is a cultural monument of national significance, and he came second in the "Great Bulgarians" campaign. 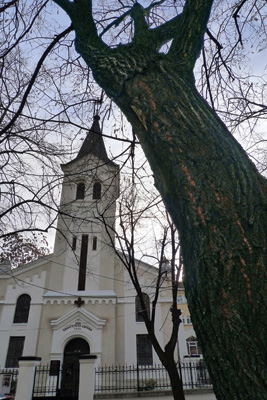 The First Evangelical Church has been at 49 Solunska St for more than 120 years. Its institution is older than that, though – it dates back to the first evangelists in Bulgaria, Charles Morse and Dr Henry Haskel, who arrived in 1862- 63, and two Bulgarian brothers, sons of an Eastern Orthodox priest. The first sermons were preached in a tailor's workshop or in the homes of the church members. At the end of the 1880s the church bought a plot and the building was finished in 11 months. The one standing today is identical in appearance but is not the original, which was destroyed by bombs in 1944. Before the Second World War the church housed an orphanage, which was closed down by the Communists. The five priests who served there were also repressed during the regime.

The Greek Church of St George 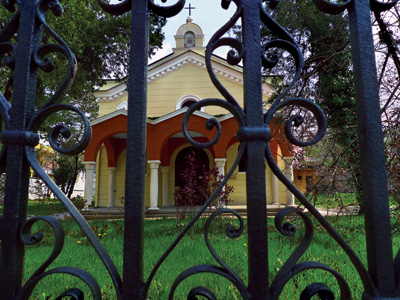 This church at 11 Makedoniya Blvd belongs to the Greek Orthodox rite. It was donated to the Еmbassy of Greece in 1920 by Yoan Kosmoglu. The three-nave basilica is named after St George, one of the most venerated saints in Eastern Orthodox tradition. Newly restored, the chapel holds regular services for the Greek minority in Sofia and the staff of the embassy.

Colourful and with spire-like gilded domes, the church St Nikolay Chudotvorets, better known as the Russian Church, contrasts sharply with the other buildings on Tsar Osvoboditel Blvd. It looks as though it has been imported straight from Moscow. 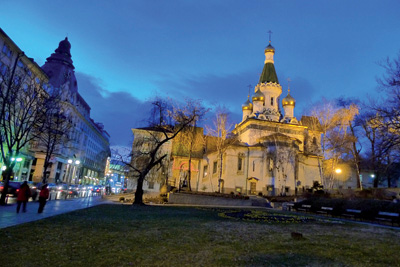 At the beginning of the 1900s, the Russian diplomatic representative in Bulgaria, D. K. Sementovski-Kurilo, was reluctant to attend a Bulgarian church, because the Bulgarian Exarchate was then in schism with the Ecumenical Patriarchate of Constantinople, leader of the Eastern Orthodox religion. To appease his conscience, Bulgaria granted a plot for a "legation" chapel, on the site of a mosque that had been demolished in 1882. The idea for a chapel quickly grew into something bigger. Construction, based on a design by the architect Mihail Preobrazhensky, took nine years. In 1913 the church was consecrated and became the centre of the Russian community, especially after the Bolshevik revolution of 1917 resulted in hundreds of refugees fleeing to Bulgaria.

Nowadays visitors crowd into the crypt where bishop Seraphim is buried. He presided over the Russian Orthodox community in Bulgaria for 30 years until his death in 1950. The visitors light candles and on the grave they leave scraps of paper on which they have written their prayers. Why? Because, before his death, Seraphim promised that he would speak up for his flock in front of God, if he could.