text and photography by Anthony Georgieff
Rate this item
(0 votes)

East of Malko Tarnovo, in the outermost reaches of Bulgaria, a bridge spans the Rezovska River. Once it had three high, beautifully crafted stone arches, but now only one remains – that on the Turkish bank. The thick Strandzha forest surrounding it is quiet, inhabited only by deer, wild boar and hornets. You can only find the dirt road leading to the bridge with a local guide, preferably driving a 4WD.

The story of how that bridge was built and demolished is a telling example of the difficulties you will encounter when trying to work out what part of Bulgaria's cultural heritage is Ottoman by concept, execution, influence or funding.

No written account for the early building history of the bridge exists but legends abound.

Until the 1800s that stretch of the Rezovska was uncrossable. The people of nearby Malko Tarnovo had to make a long detour to reach Kucuk, or Little, Samokov, now the modern Turkish town of Demirkoy. About that time a man decided to build a bridge over the river. Valchan Voyvoda was a Bulgarian haydutin, or brigand, who had won fame as a daring robber of Ottoman convoys carrying taxes to Stamboul.

Valchan Voyvoda hired a local Bulgarian master builder. Somebody – the myths are quiet about just who – secured the approval of the local Ottoman authorities. They were more than happy to see an important infrastructure project materialise without their having to spend a penny of the state's money.

Work started, and no one knew that one of the builders hewing stones on the site was Valchan Voyvoda himself.

The bridge was completed, a marvellous structure 15 metres long, six metres high and two metres wide, enough for both people and carts to cross. The locals gathered to celebrate the dedication of the bridge, Bulgarians and Ottomans together. When the ceremony was over and all the food and drink had disappeared, one of the builders stood on the river bank. He let out a shout and then jumped over the river. "Maşallah, maşallah!," the Ottomans cried in delight at this demonstration of skill and bravery. The man evaporated into the forest, and no one realised that this was "blood-thirsty" Valchan Voyvoda. 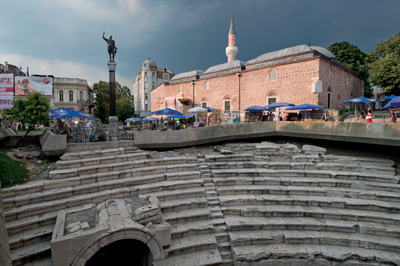 The bridge soon became a busy point on the road through the Strandzha, and elderly folk still remember how their grandfathers and great-grandfathers crossed it on horseback and even on camels.

The border between the Kingdom of Bulgaria and the Ottoman Empire was demarcated along parts of the Rezovska River as late as 1913. The bridge was fully operational until 1944 when the Soviets invaded Bulgaria and assisted the local Communists in establishing a Stalinist state. The border with Turkey was sealed off. Bulgaria of the Warsaw Pact quickly came to view NATO's Turkey as an archenemy. The bridge was no longer used. In those days Bulgaria was East and Turkey was West. 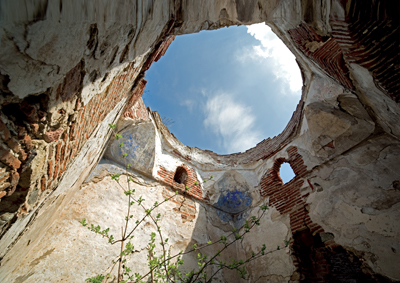 Little verifiable information exists about how exactly the Valchanov Bridge was destroyed.

According to one urban legend, the Germans, Bulgaria's Second World War allies, mined the bridge to prevent a possible Allied intrusion through Turkish territory. One stormy night lightning struck the bridge and set off the German mines on the Bulgarian side only. According to another, Bulgarian Communists blew up the bridge to prevent foreign "saboteurs" from infiltrating the territory of the People's Republic. The most plausible one is the least complicated. Local apparatchiks and the military stationed in the Strandzha, at that time a ferociously militarised "border zone," blew up the Bulgarian portion of the bridge to cut off an obvious escape route for refugees. The bridge was making crossing the river too easy. 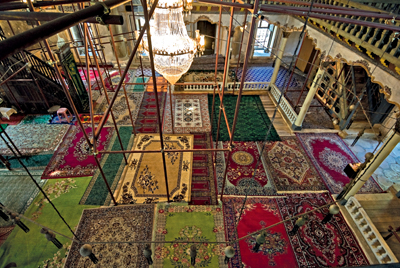 The half-destroyed Valchanov Bridge on the Rezovska River today is a sorry sight. The bridge that was built by Bulgarian builders in Ottoman times, sponsored by a Bulgarian brigand using stolen Ottoman money, epitomises fairly well the state of attitudes towards the common heritage of Bulgaria and Turkey: disused on one side and actively destroyed on the other.

For many and varied reasons, popular sentiment in modern-day Bulgaria overwhelmingly downplays this country's Ottoman cultural heritage. State education usually confines to just a few pages the five centuries of Ottoman domination, and then focuses on uprisings and revolts and their extremely bloody subjugation. The Orthodox Church preoccupies itself with Islam's thrust to "exterminate" Christendom, as well as with the "forcible" Islamisation of Bulgarians. Little if anything is mentioned about architecture, the arts and sciences and social development under the Ottomans, nor is there any balanced explanation of the Ottoman influence in many areas of life in present-day Bulgaria, from cuisine to legislation, and from religion to family matters. 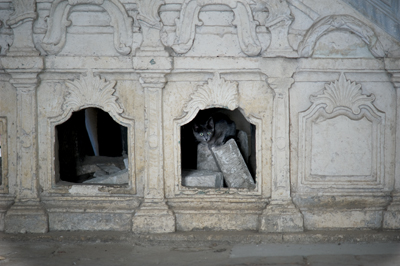 Under Communism, the Republic of Turkey, an important member of NATO, was viewed with outright hostility. The policy of the Communist regime to "Bulgarianise" the country's large ethnic Turkish minority (in some regions a majority) was accompanied by a huge propaganda effort. School textbooks, novels, poems, songs, films and plays were commissioned and paid for by the state to represent Bulgaria's Turks as a Fifth Column against both Bulgarianness and Socialism. By extension, the Ottoman Empire was represented as a blood-thirsty monster who had constantly stifled the elite of the Bulgarian nation in those rare times that it was not massacring and torturing it. Bulgaria's 500 years of Ottoman domination was nothing but a series of beheadings, impalings and rivers of blood.

One of the results of this propaganda was the increasing neglect and sometimes active destruction of Ottoman monuments, from mosques and bath houses to bridges and secular buildings. Another was the curious de-Turkification of the Ottoman legacy. Two striking examples come to mind. Travel in the Rhodope mountains and you will hear the region's beautiful bridges referred to as "Roman," despite the historical fact that they were constructed centuries after the Romans had disappeared. Likewise, Plovdiv's famous Čifte Banya's "official" name now is "Ancient Bath House," to avoid any indication that it was once Turkish.

This kind of Bulgarianisation is long-lasting and omnipresent. It ranges from the fine examples of Balkan architecture known in Bulgaria as "Bulgarian National Revival" to everyday food, drink and dining on mezes.

Propaganda worked exceptionally well under Communism and its legacy is still very much present in the Bulgaria of NATO and the European Union.

The Ottoman Empire has become the populists' favourite excuse for everything that has gone wrong in Bulgaria – from the poor work ethic and the inefficient bureaucracy to the lack of proper roads and the habit of eating sunflower seeds. Mention the Ottomans to an average Bulgarian and what you will get 98 percent of the time is a long, one-sided verbal outpouring about the "barbarity" of the Turks as opposed to the virtues of the indigenous Bulgarians and, of course, the "liberating" role of Russia. There will be no mention of the Ottoman cultural heritage at all, and few will even know that one of Sofia's most beautiful churches was originally constructed as a mosque. 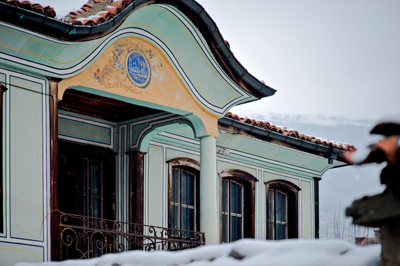 Against this background it is difficult to imagine that religious tolerance and multiculturalism actually existed in the Bulgarian lands long before they came into being in Western Europe.

Despite, or perhaps because of, the Ottoman conquest of the 14th-15th centuries, Bulgaria and the Balkans never saw the religious wars of the sort that plagued Western Europe. A variety of religions, faiths and beliefs flourished throughout the Balkan lands. Importantly, the Balkans offered sanctuary to many peoples persecuted in their own lands on the basis of religion or ethnicity, the Jews of Spain and Portugal being the example that most readily comes to mind. The High Porte in Stamboul might levy heavy taxes and crush uprisings and revolts with a scimitar of steel, but its millet system ensured that every taxpayer – Bulgar, Greek, Serb, Armenian or Jew – could enjoy freedom of worship as long as they fulfilled their obligations to the sultan.

For centuries Bulgaria and the Balkans have been at the major fault-line between Christian Europe and the Muslim East, but in a uniquely Balkan manner Christianity (Eastern Orthodox and Roman) and Islam have blended with local beliefs and superstitions, creating a fascinating spiritual melting pot. At the huge Balkan crossroads of religions and cultures there are still remnants of long-forgotten religious practices and cults, disused temples, synagogues and cemeteries, and Islamic sites that live side by side with functioning religious entities. 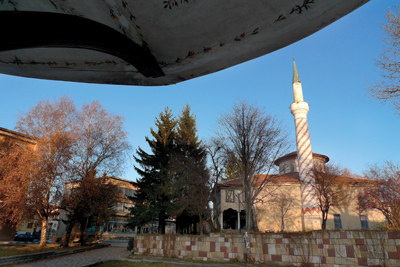 Interestingly, the spiritual continuity and religious amalgamation through the centuries have been so strong that some sites claimed by one group had originally been built by another and are now being used for worship by a third.

Notwithstanding the negative attitudes and perceptions about what happened in the 14th-19th centuries, Bulgaria in 2011 is a very different place from what it was in 1878. It is now a member of important organisations of the Western community such as NATO and the EU and it willingly embraces the Western values of freedom and liberalism that its Communists had denied it. This should give it all the more confidence to be at peace with itself including its Ottoman past, to focus on the positive rather than on the negative, to feel safe and secure from real and imaginary threats, including threats to its national identity. 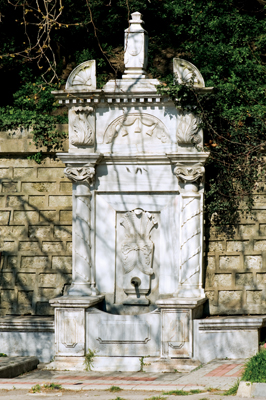 500 years of Ottoman domination, seen in this light, should not necessarily mean antipathy towards Islam, not least because in the course of 500 years Bulgarian and Turk lived side by side – and their great-greatgrandchildren are now neighbours. Bulgaria stands in the unique position in Europe to bridge the gap between the two because it has the knowledge, tradition and experience. To put it in another way, it should capitalise on instead of negate its Ottoman heritage in all its aspects.

An excerpt from A Guide to Ottoman Bulgaria by Dimana Trankova, Professor Hristo Matanov and Anthony Georgieff; published by Vagabond Media Sofia, 2011