If you have already been to the Bulgarian Black Sea coast and seen modern Bulgarian "architecture" of the Micky Mouse theme-park style, with its pseudo-Gothic Towers, pseudo-Baroque yet shoddy opulence and its pseudo-Las Vegas water fountains and casinos, you might easily overlook it. But the initiated, when passing by Sozopol (itself now replete with brand-new "ancient" fortification walls), will not fail to notice what at first glance appears to be a late-Medieval folly, incongruously perched amid the scorched undergrowth near Ravadinovo. It is just beside the main road, on the right-hand side as you drive south. This is unmistakably yet another example of Mutrobaroque, the sort of thing that appeals to Bulgaria's post-Communist gangsters and nouveaux riches, you might think.

These towers, however, are different. They are part of the grandiose plan of a Bulgarian millionaire who, for over a decade now, has literally been erecting his childhood dream. Georgi Tumpalov, a unmistakably sturdy man in his 50s, is building himself a castle, and nothing on earth – the taxman included – can make him deviate from his course.

Tumpalov himself designed his castle, called "In Love With the Wind," although he has never been an architect. Shaped as a four-armed cross and with a high, double-tier roof, his building resembles a Gothic cathedral in design, but only outwardly.

Quite simply put, "In Love With the Wind" evokes simultaneously Mladen Mutafchiyski's Sunny Beach hotels, Bavarian King Ludwig II's Neuschwanstein residence and George Hearst's castle in California, all of those amalgamated in the poorest country in the EU. 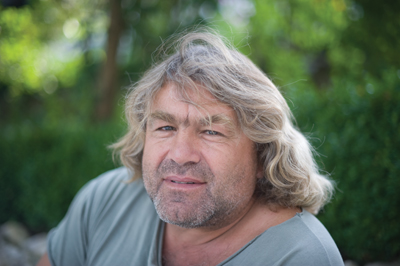 Unlike the cathedrals and their soaring spaces, "In Love With the Wind" is divided into several levels. The windows feature stained glass and parts of the ceilings and floors are covered with amethyst – 50 tonnes of the semi-precious stone have been used in the building. Most of the rooms are still bare but some are filled with jumbled objects that will make up the eventual furnishings, and the sight makes you feel as if you were in Aladdin's cave. Oil copies of Rubens paintings are propped against the walls in heavy frames carved in the best tradition of the Tryavna Wood-Carving School. Unfinished statues for the future sculptural ornamentation of the castle stand around, as well as unpackaged furniture.

There is a cellar below the castle. It has low domes and artificial rocks in a Baroque style and is the meeting point of four springs, whose waters cool the air and maintain a constant temperature suited for the maturing of wine. 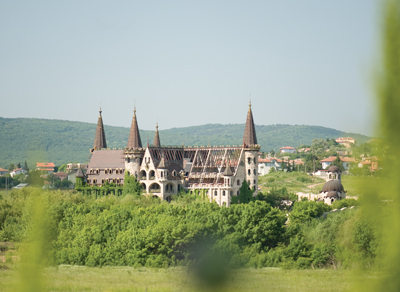 The springs share one further secret: they are fed by an artificial lake. Five metres deep and with an area of some 4,000 sq m, it is home to swans and wildlife.

The castle features a pretty garden, a chapel (Eastern Orthodox, dedicated to St George) and a moat. Everything was designed by Tumpalov, with the assistance of a dozen Gypsies from Ravadinovo. Sixteen thousand tonnes of stone quarried from the nearby Strandzha was used for the walls and towers. Tumpalov handpicked each rock himself and personally decided how it should be built into the walls.

The entire castle covers an area estimated at 20,000 to 40,000 sq m (the available data are contradictory) and is open for visits for a 6 leva entrance fee.

Georgi Tumpalov's biography offers nothing that would lead you to suspect the appearance of "In Love With the Wind" near Ravadinovo. 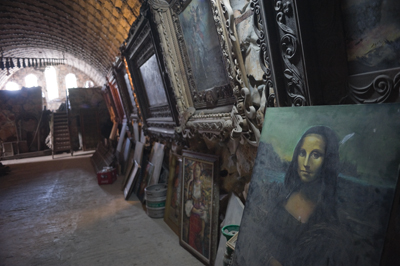 Born in Sandanski, in southwestern Bulgaria, he used to be an athlete, like other young men of his generation who would become Bulgaria's super rich. He moved to Sozopol 30 years ago, when he married a local woman. Immediately after 1989 he worked for First Private Militia, a security services company in Burgas which, according to media reports, was one of the organisations of the emerging Bulgarian democracy that allegedly dealt in racketeering and blackmail camouflaged as security services.

Today, again according to media reports, Tumpalov owns a series of highprofile properties in Sozopol and a farm. 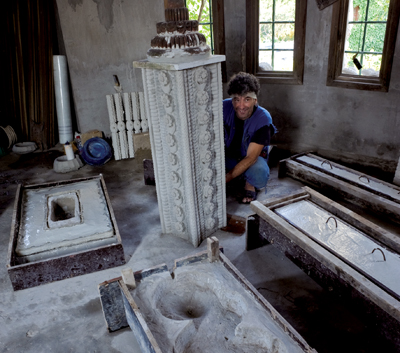 In his own words, he got rich by selling and buying land. In the 1990s, long before the construction boom started on the southern Black Sea coast, he bought large plots of land and when prices escalated, he sold them.

When he set about building "In Love With the Wind" some 15 years ago, Tumpalov had definite plans for it. His idea was to make it an exclusive hotel for hunting tourism. The Strandzha National Park, Bulgaria's largest protected territory, is a few kilometres from Ravadinovo. Its forests teem with deer and wild boar and are on the annual migration route of the woodcock. 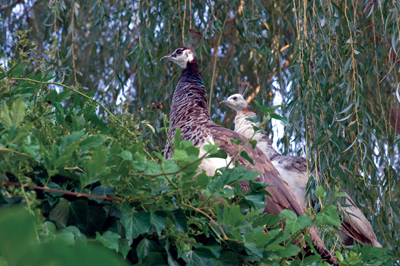 But the end of the construction of "In Love With the Wind" is still in the future, and Tumpalov doesn't seem to be in any great hurry; it appears that the hotel plans were rather a pretext for the construction, not the reason behind it. Tumpalov, however, is surprisingly reserved when asked about why he chose to build such a castle. "When I was little I enjoyed reading fairy tales very much."

The castle itself supplies the answer. Over the years Tumpalov, who oversees construction every day and controls the erection of each wall and the addition of every detail, has built pieces of his "soul" into it. The stone-inscribed walls feature lines of poems he has composed himself. Officially, the statue of a young, muscular, bare-chested man, hair flying in the wind, is the image of one of Tumpalov's sons, but one look at the father tells you that the young one is in fact very much a chip on the old bloke. 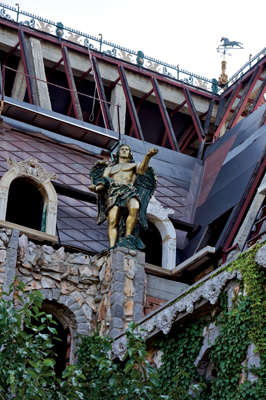 The greatest eloquence is found on a boulder placed on the grass in the yard of the castle. On it an imaginary dialogue between Tumpalov and some supreme being, probably God, is engraved:

You, sinner, what have you achieved?

I built a castle with a lake and fathered two good kids.

If half of the pleasure that Tumpalov finds in his castle comes from the process of its construction, the other half comes from the reactions of visitors to the building.

Tumpalov enjoys remembering the comments of Italian visitors when they saw "In Love With the Wind" for the first time. They told him that in the 21th Century such a thing could only happen in Bulgaria.

Construction is proceeding, and for some time now a colossal pair of male legs has been rising beside the castle. As high as the towers of "In Love with the Wind," they are made from mesh and are the lower part of a planned statue of the gladiator Spartacus.

"I am from Sandanski, and Spartacus was born where I was born. I want to have a sculpture of him beside my castle," Tumpalov says. "When the statue is completed, it will rise high, high – the only one in Bulgaria and the world."

Very true. Kitsch sometimes is so exuberant that it ceases being kitsch and becomes an art form of its own. This could only happen in Bulgaria.