From a politically correct standpoint, the whole idea of having to sell and buy girls and women is of course completely unacceptable. However, the Brides' Fair at Mogila rarely results in an actual "deal" of this sort. It is nevertheless very colourful, a lot of fun and a must-see for visitors and residents of southern Bulgaria.

Every Todorovden, or St Todor's Day, Gypsies from the Kalaydzhii clan gather on the muddy football pitch of the village of Mogila, near Stara Zagora. Extended families arrive from far and wide in ramshackle vehicles ranging from horse-drawn carts to old Mercedes to vans.

Most of them come to meet friends and relatives. The Kalaydzhii are itinerant craftsmen who live in small, crowded communities in the villages around Pazardzhik, Plovdiv, Stara Zagora and Karnobat, and spend the warm months travelling around the country looking for trade. They hold two main gatherings a year – on 15 August, the feast of the Assumption, near Bachkovo Monastery, and at the Brides' Fair on Todorovden, a moveable feast on the first Saturday of Lent.

Moustached and dressed in their traditional three-piece suits, bowler hats or cloth caps on their heads, the old men sit at tables beside the glowing barbecues where sweaty vendors grill kebapcheta, talking with friends and drinking beer. Their wives munch sunflower seeds and gossip with relatives, while the kids run to and fro with cheeks pink from candyfloss and fingers sticky from toffee apples.

The traditional attire is left to their grandmothers

The Brides' Fair, however, is much more than just a community get-together. The Kalaydzhii, like most Gypsy clans in Bulgaria, prefer marriages to take place between members of the group. Their vagabond (no pun intended) lives, however, make it difficult for young people to meet a partner, hence the fair – a huge, colourful, crowded meeting of "available" girls and young men.

Expectations are high. The boys' families have come to find a young, beautiful, hard-working, obedient and preferably virgin bride. The girls' families have arrived to display in front of the whole community how young, beautiful, hard-working, obedient and – of course! – virtuous their daughters and grand-daughters are, and to find for them a decent lad, preferably with a business of his own.

Young men in new jeans and hoodies or in their best track suits, which are all the rage now in the country regardless of the ethnicity of their wearers, stroll around the pitch in small packs. They scan the girls, exchange comments on their appearance and do their best to look cool, strutting like roosters ready for a fight and spitting sunflower seeds with hauteur, as if they owned the world.

The girls and their families are even more remarkable.

Gypsies from all shades and hues consider beauty to consist of fair skin, red cheeks and blue eyes, and the girls at the fair do everything possible to look their best. Immediately on arrival, they put on their makeup of heavy eyeliner and a thick layer of white powder. Bold circles of red lipstick on their cheeks complete the look.

All the brides-to-be smile shyly, except for the rich ones who are more generous in order to show off their gold teeth, an old Roma symbol of prosperity, usually applied onto healthy teeth. The girls refrain from talking to strangers and never discuss the details of a possible marriage. This task is left in the hands of their grandmothers, the official negotiators in the bride business. Short and squat, the elderly women are clad in the traditional dress of the Kalaydzhii – vivid green, red or blue velvet skirts and white headscarves with red flowers. The older generation still wears this attire even in everyday life and, until recently, the girls at the Fair wore it, too. But times are changing, even in this conservative community, and now many of the future brides dress like aspiring chalga divas, miniskirts and backcombed hair included.

The matchmaking negotiations, which are worthy of an international business deal, are always held in private, beside the car of one of the interested parties. Both families want to save face in case of failure and may become aggressive to intruders, who are usually journalists. It is easy, however, to imagine the bargain: the granny starts with an astronomical figure, the groom's side offers a price considered offensively low, and so on and so on. Sometimes the two sides agree and exchange money on the spot, sometimes they don't. As a general rule though, the Kalaydzhii say that a family would never marry a daughter only for the money, and that negotiations start only after the boy and girl have been attracted to each other.

Virginity is still of importance, and many of the girls on the football pitch are underage. However, at the Brides' Fair you can also see many "second-hand" brides; widows, divorcées and women who left their husbands for a lover, only to find themselves abandoned.

How much a bride costs is open to speculation. It depends on many things: beauty, social status, and virginity (which is checked on the wedding night and if the bride has lied, her family is fined heavily). As with other commodities, brides are also vulnerable to the fluctuations of the world economy, which is why in 2012 the small community suffered a severe drop in the price of a bride.

Young girls try hard to make good impression. Actual marriage negotiations, however, are in the hands of experienced elders

Many Kalaydzhii are reluctant to talk about money, and some even say that the "price" is symbolic and is just a few leva, to keep up the tradition. Others, however, love to boast in front of the media about the money they are ready to spend on a good bride. Every year newspapers report deals ranging from a mind-boggling 50,000 leva to a rock-bottom 500. The average price is considered to be about 3,000 to 5,000 leva. 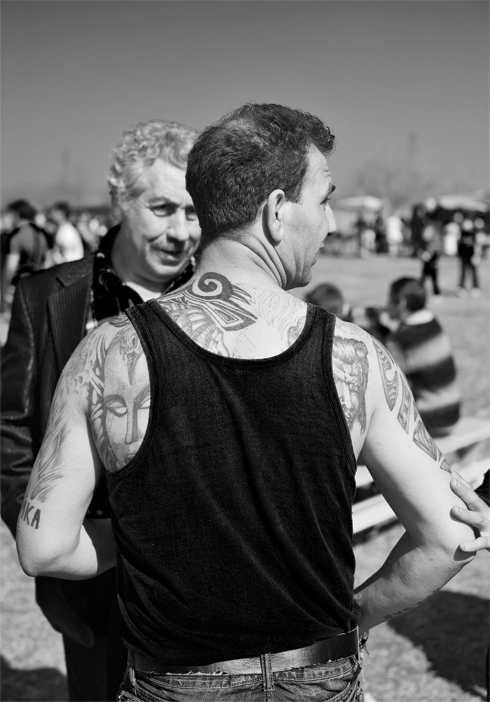 The Kalaydzhii are hardly the most prosperous citizens of Bulgaria, and most of them still do tinkering, the traditional craft of their forefathers. Once, not that long ago, when every family in small town Bulgaria used copper pans, pots and cauldrons to prepare preserves for the winter, itinerant tinkers were much in demand. Many Bulgarians over 35 remember the drawn-out cries of "Kalaydzhiata-a-a!," or "The Tinke-e-er!," as the Gypsies walked the streets, usually early on a summer morning. When people heard their cries, they would take out every pot and pan which needed mending and, after the obligatory bargaining over the price, the Gypsy would collect the utensils. He would carry them to his makeshift camp on the outskirts of the town or village and repair them, with the help of his wife. A day or two later, he would bring the pots and pans back, shining silver-white on the inside and coppery pink on the outside, as if new. 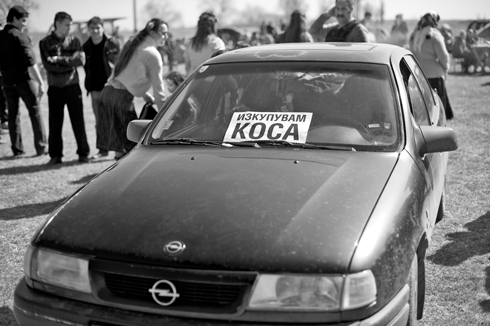 Fashions changed, and many families replaced the copper pots and pans with new ones of Teflon or stainless steel. This, combined with the depopulation of villages and towns and a decrease in the preparation of winter preserves, killed off the business of the Kalaydzhii. Many of them are still loyal to the craft and continue their long peregrinations around the country, but the younger generation looks for other ways to make ends meet. Some of them work with tin and make gutters, stove pipes and the characteristic Gypsy Love stoves, so-called because the fire in them burns fiercely but quickly dies down. Others have became cattle dealers. According to rumour, these ones are better off. While travelling around, they buy livestock or animal hides and people are more than happy to sell to them, as they pay on the spot and don't cheat. Then the dealers bring the animals to places where they can sell them for a good profit.

That is why on the very same day and in the very same village where the Brides' Fair is held, there is a Horse Fair, too. The horse and the bride markets are only divided by a road and often the animals attract more attention. 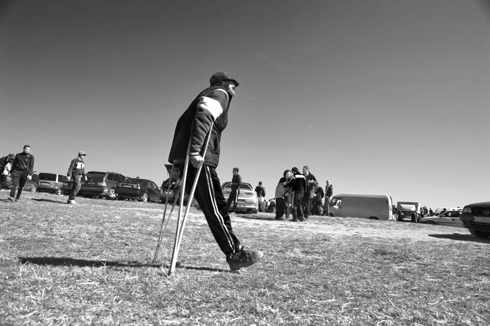 How long the Brides' Fair has gone on is unknown, but it evolves constantly. Until recently, for example, people used to gather at a different place, near the railway station in Stara Zagora. After renovation works, though, the city council moved the event to nearby Mogila. In 2012, the community faced another change, as Todorovden coincided with the National Day on 3 March, and so the event was postponed until 4 March.

The greatest change, however, is the popularity of the fair. Every year fewer youngsters try to find a partner at it and many brides-to-be admit that they would prefer to marry a Bulgarian. There is also the problem of the media. The Brides' Fair has become so "fashionable" that a swarm of journalists of all kinds arrives at the pitch even earlier than the Kalaydzhii and they cluster around, trying to talk to the girls, to everyone's annoyance.