Every day thousands of people pass by one of Bulgaria's most remarkable old bridges which spans the Yantra River near Byala, in the region of Ruse. Few, however, pay any attention to the elegant 19th Century structure. The bridge is close to the main road to Ruse and Bucharest, but the new bridge over the Yantra there is so awkward that it has witnessed many sometimes lethal accidents. Extreme caution is recommended, so most drivers never pay any attention to the surroundings. 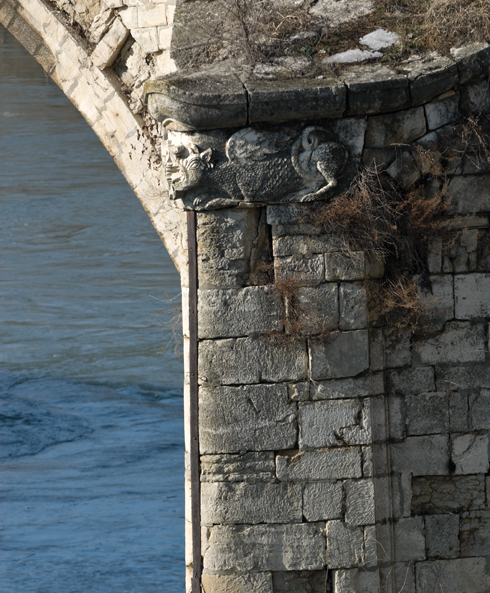 The old bridge, however, deserves not only your full attention but even a special visit. Situated about a hundred metres upstream, it was built in 1865-1867 and is the result of a collaboration between two great men, the Bulgarian architect Kolyu Ficheto (1800-1881) and Midhat Pasha (1822-1884), then governor of the Danube Vilaet.

Midhat Pasha was a reformist in an old-fashioned Ottoman empire struggling to adjust to modern trends. During his tenure as governor at Rustchuk he started ambitious projects aimed at modernising this part of the empire. He promoted modern agriculture, built roads and included – to a certain extent – non-Muslims in local administration. Later he would successfully overthrow the sultan, Abdülaziz I, unsuccessfully try to implement the first Ottoman constitution, and die in exile.

The self-taught Master Kolyu Ficheto, whose real name was Nikola Fichev, was the skilled architect of dozens of churches and bridges, and public and private buildings which were beautiful, strong and excellent value for money.

In 1865 Midhat Pasha saw clearly that the lively Danube port of Rustchuk (modern-day Ruse) needed better connections with the hinterland of the empire. The Yantra near the town of Byala, however, was so wide that no bridge had ever spanned it. Midhat Pasha, so the story goes, allocated the task of building the bridge to his usual architect, but when he received the plans and the estimates, he was far from happy. The architect had calculated that the construction of a bridge on that part of the river would take three years and would cost three million grosh. Both seemed too much to Midhat Pasha, so he looked for a second opinion.

Master Ficheto was already famous enough to be invited to submit that second opinion. According to the story, he immersed himself in the task. He spent dozens of days by the river, measuring it and experimenting with different designs made from wax. The trouble was that the Yantra was too wide for the traditional Ottoman hunchback bridge to be a solution. Finally, Master Ficheto opted for a flat construction. It was 276 metres long and nine metres wide, and had 14 arches and 13 supports.

Midhat Pasha was bewildered not only by the innovative design of the proposed bridge, but also by Ficheto's estimates. According to him, the construction would take only two years and cost no more than 700,000 grosh. Midhat Pasha could not believe that this was possible, and he said so. The only way for Ficheto to gain the commission was to swear on his life that the bridge would be ready by the said deadline for the agreed amount. He also promised to spend the day of the grand opening under the bridge as proof that it was strong enough and would not collapse.

The governor agreed. Master Ficheto went on work. He kept his word, even to standing under the bridge on opening day. Midhat Pasha was so delighted that he awarded the architect a state medal and later commissioned him to build another bridge, this time a covered one, over the Osam in Lovech.

The bridge near Byala, however, was Ficheto's great achievement. Years later it amazed even foreign visitors. When, for example, the Austro-Hungarian traveller and archaeologist Felix Kanitz met Ficheto and spoke with him, he was astonished to discover that the Bulgarian had no proper education. "This humble man in traditional clothes does not realise that his bridge near Byala is the greatest hydraulic building in the Balkans, excluding Constantinople," wrote Kanitz in his Danubian Bulgaria and the Balkans. 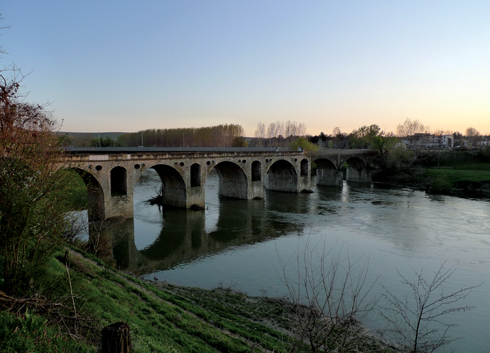 Today the bridge is not as amazing as it must have seemed in the late 19th Century. In 1897, a devastating flood carried away about half of it. What has remained of the original construction is still charming, especially when you spot the reliefs of fantastic creatures on the pillars. The product of 19th Century Bulgarian art, they have an unexpected Gothic air about them.

They are probably the reason for the growth of the following legend. While Ficheto was building the bridge, Francophone Midhat Pasha heard disturbing news. Cracks were appearing in the walls of Nôtre Dame in Paris; it seemed the cathedral was about to collapse and no-one could discover why or propose how to stop it. The governor contacted the French government and offered the help of his trusted architect, Kolyu Ficheto. The offer was accepted and a few days later the Bulgarian found himself in Paris.

Kolyu Ficheto found groundwater in the foundations of Nôtre Dame. He diverted it into a small fountain beside the cathedral and, refusing offers of a bright career in Paris, hurried back to Byala. His bridge over the Yantra was used by trucks and cars until fairly recently. Today it is pedestrian only, but is sometimes still opened for traffic, usually when the new bridge is under repair.