Why do parts of the country look as if they emerge from war?

One of the major things that will impress first-time visitors to Bulgaria, especially if they stray off the beaten track or undertake a trip through the countryside on their own, is the huge number of abandoned and dilapidated buildings that no one cares about and that look as if they have just emerged from a major armed conflict. Only that, notwithstanding some sporadic Allied bombing in 1943-1944, Bulgaria hasn't had a "proper" war on its territory since at least 1878 when it gained independence of the erstwhile Ottoman Empire.

If that first-time visitor then asks the question why is the Bulgaria of the Flickr spa-and-wellness resorts, of the cheap-beer Sunny Beach and of the amazing archaeological finds dotted with so many empty shells of abandoned houses, factories, schools and military bases, he will arrive at some logical answers. First of all, the overwhelming majority of these ruins are in fact new, dating back to at most 25 years in time. Second, what accounts for them is not some vicious Ottoman who'd come to take revenge on his former slaves, nor is it nasty NATO, Bulgaria's archenemy in the period 1949-1989, bombing buildings and Warsaw Pact troops out of existence. It is none of that. Why Bulgaria in this respects compares unfavourably to war-ravaged Bosnia is the Bulgarians' own fault. Communist-era urbanisation, collectivisation, nationalisation and then post-Communist privatisation are to be held accountable. The simile may be trite, but it is correct: "This is the product of Bulgarian-Soviet Friendship."

This is what you end up with when you start with an ill-conceived planned economy and add in a corrupt privatisation process. 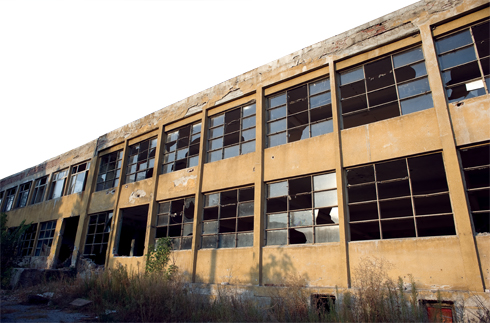 Under Communist-era Comecon rules, agrarian Bulgaria was dragged into becoming an industrial state. A multitude of factories were built throughout the country, producing cheap but low quality basic materials, machinery and – yes! – computers. After 1989 the artificial market of the planned economy vanished. Bulgarian production could not compete with Germany or Britain, not even with Greece. The huge and largely low-end Soviet market was also lost. Doomed to bankruptcy, many factories were closed down.

The mass privatisation of 1997-2000 deepened the problem. The government offered for sale thousands of state factories and companies – both those struggling to survive and those that were profitable – in the search for investors who could tailor their production to fit the demands of the market. About half were sold to the so-called RMD, or associations of factory employees who become shareholders. Some foreign investors also appeared onstage.

The procedure, however, was open to corruption. Many RMDs turned out to be the cover for individual interests. Corrupt privatisation agents assessed and sold on factories and companies at rock bottom prices. Many of the "investors" revealed themselves to be just liquidators, selling off properties and machinery to make a quick dollar and then shutting down the businesses. 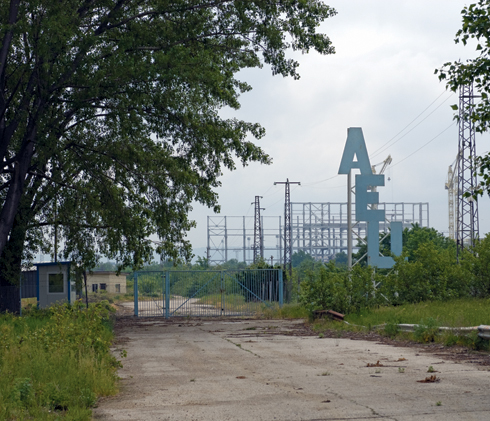 Bulgaria even has one of these, at Belene. The plan to construct a nuclear power plant at Belene was first proposed in the 1970s, and the project was approved in 1981. Construction, by a Soviet company of course, started in 1987. Over the following four years less than half of the first reactor was built. Then the post-1989 economic crisis struck Bulgaria and all work on the plant was frozen. In 2002 the King Simeon government restarted the project, but actual building work was only recommenced – by the Russian Atomstroyexport company – as late as 2008. Construction was again halted by the GERB government, owing to the excessive costs and the hope of luring a Western investor into the project. The Russians refused to reduce costs, a Western investor never materialised and an HSBC analysis showed that, financially, the Belene NPP would never be viable. In 2012 the project was halted indefinitely.

Bulgaria spent the Communist era anticipating an attack by NATO. The result was a strong military force, which in 1989 consisted of 152,000 conscripts and about 2.1 million reservists, plus numerous military bases. After 1989, and particularly after Bulgaria joined NATO in 2004, army numbers dwindled. The conscript army was replaced with a professional one, which today amounts to about 42,000 servicemen. 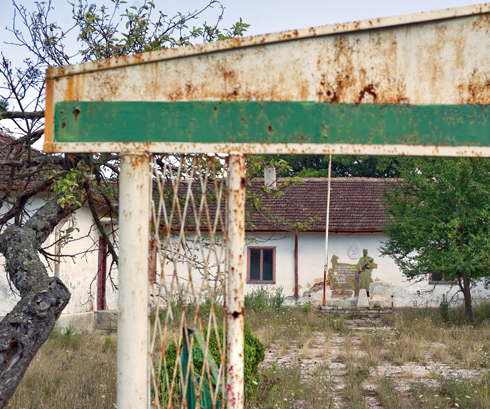 This, and the change in the military doctrine, led to the abandonment and closure of dozens of military bases throughout the country. Many were sold, often in dubious circumstances. To make matters even more complicated, the army continued trying to sell bases after the beginning of the current economic crisis, which led to a significant drop in property prices. As a result, many of the abandoned military bases changed hands for next to nothing, or still await a new owner, if one ever appears, crumbling under the rain, wind and snow.

Until 70 years ago, Bulgaria was a country of peasants. Today 5,300,000 Bulgarians live in cities, compared to 2,025,000 in the villages. The result is the dozens of empty houses with dusty windows and overgrown gardens that you see in every village. In the worst affected areas – usually poor, mountainous regions with high unemployment, there are whole ghost villages, where fewer than 10 people live.

This sharp demographic change resulted from the forcible collectivisation of lands followed by rapid urbanisation. The process accelerated with the migration of about 350,000 Bulgarian Turks, many of whom were from rural areas, in the summer of 1989. Some of them returned in the 1990s, but many did not. The third factor is the mass emigration of the 1990s and the 2000s. Now you can find whole villages and towns who have relocated and formed self-styled "colonies" mainly in Spain, Greece and Italy.

As the crisis struck Greece, many Bulgarian seasonal workers were left jobless. But they wouldn't return to their homeland. According to news reports, many consider the situation in Bulgaria to be so much worse than in Greece that they would do anything to remain abroad. The latest destination for such migrant workers? Cuba.