To be a wrestler in modern-day Bulgaria is a somewhat controversial profession. Memories of the early 1990s, when former wrestlers, or bortsi, became the thugs, or mutri of the then fledgling Bulgarian mafia, are still fresh.

Yet, at the centre of the mountain village of Sennik, near Sevlievo, a statue of a man with trunk-like legs and wide chest stands as proof that a wrestler can deservedly be also a national hero. 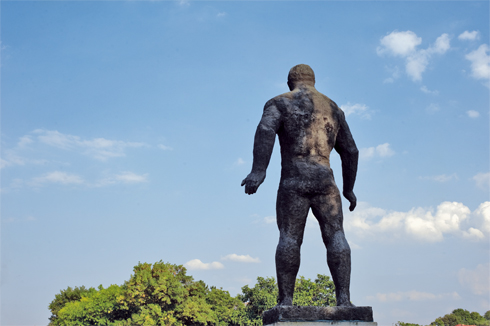 The statue of Dan Koloff was erected close to his house in Sennik in 1972, for the 80th anniversary of his birth

The statue depicts the most famous son of Sennik, catch wrestler and European champion Dan Koloff (1892-1940). His victories are only one aspect of his lasting popularity. Another is his amazing personality. Soft-spoken and quiet, he was a sincere philanthropist and spent most of his money on charities and helping fellow Bulgarians.

Born Doncho Kolev Danev, the future champion had an unpromising start in life. He lost his father early and, like many from this poverty-stricken part of Bulgaria, was forced to seek work abroad. As a teenager, he became a gardener in Hungary, and at the age of 17 went further west, ending up in the United States.

Once there, the young Bulgarian grabbed any chance to earn a living and worked on railway construction sites, as a porter and as a miner. His strength, however, did not go unnoticed. At that time, catch wrestling was a favourite pastime for the working classes and provided a chance to make some cash. Doncho Danev proved he had a talent for it and in 1914 turned professional, becoming a carnival catch wrestler in a circus.

By 1920, he was already famous enough to consider his career more seriously, and he adopted the name Dan Koloff. The media took to him, adding a bunch of sobriquets to his name, such as The Balkan Lion, King Kong and King of the Catch. In the 1930s, Dan Koloff's fame reached Europe, where he became heavyweight champion in 1934 and 1937.

The wrestler, however, was becoming increasingly homesick. In 1935 he returned to Bulgaria and his native Sennik. He spent the last five years of his life participating in and winning wrestling bouts, and donating the money he received to projects such as the buying of the first postal aeroplane in the country. 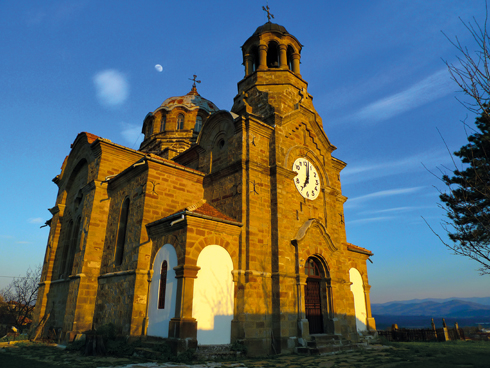 Understandably, much of his effort was dedicated to popularising professional wrestling. He built several sport halls and in 1936 established the first wrestling school for children in Bulgaria.

Dan Koloff was successful, and by the late 1930s wrestling was so popular in Bulgaria that when a boxing championship and a wrestling match coincided in Sofia, the authorities decided to postpone the latter. Otherwise no one would go to watch the boxers.

Probably his most extravagant donation was made a little too early. In 1933, Dan Koloff sent $2,000 (about $28,000 in today's money) and the fee from an international match to Georgi Dimitrov, at the time a defendant in the so-called Leipzig Trial. "I do it not because I was a Communist, but because I wanted to help a fellow Bulgarian," Koloff stated.

The memories of his generosity are still alive in Sennik. Ask any of the elderly folk in the village streets and you will be regaled with stories of the great man who would always have some sweets for the children.

Dan Koloff never had a family or children of his own. He died penniless, from consumption. His death was considered a national tragedy and, as often happens with people of note, a conspiracy theory explaining his death soon emerged. According to it, Dan Koloff was poisoned by a Frenchman who could not accept that he had defeated their champion. 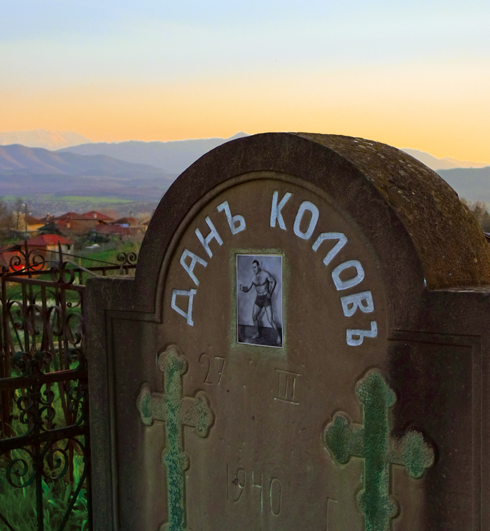 The only thing that Dan Koloff did for himself was to introduce iron cutlery to Sennik and to build a modern house. The house is still there, a few metres away from the statue. Several of its rooms are a museum, with a humble display of personal belongings, trivia, news clippings and photographs.

Dan Koloff is buried in the graveyard of St Ivan of Rila Church in Sennik. Built in 1914-1919, it is the other thing worth seeing in the village, with its picturesque hill-top position and its still working clock tower.