Officially, not a single Bulgarian entry in UNESCO's world heritage list is in danger. In actual fact however, in the country of sun and roses, many historical and natural sites are in danger of being changed beyond recognition, or of being completely lost.

Sadly, nature is rarely the reason for the looming disaster. Most of the sites on our list are the victims of developers' greed and state neglect. The good news is that as the former government fell from power, the institutions miraculously started working – and there is a ray of hope for the future of some, but not all, of the sites below.

Profile One of the last undeveloped beaches on the Bulgarian south Black Sea coast. Irakli is also a part of the EU's Nature 2000.
Danger Development. 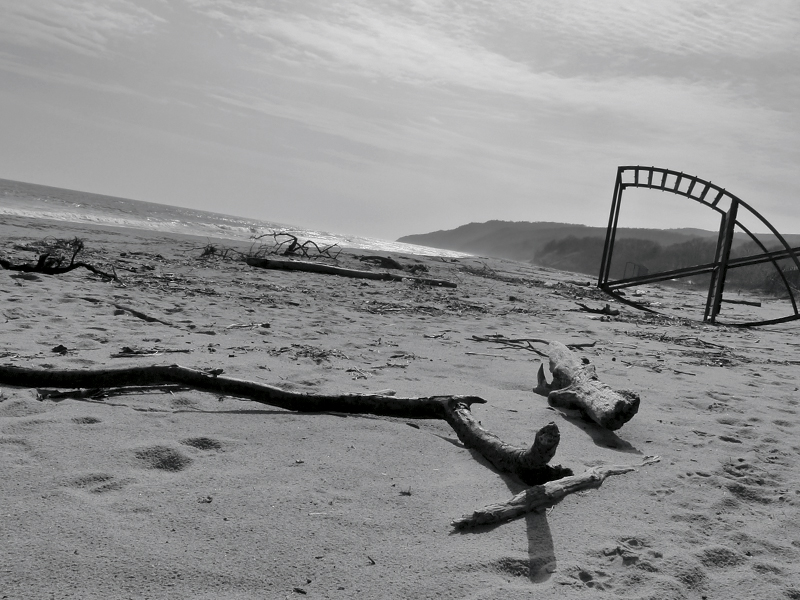 The case Situated close to the busiest resorts in Bulgaria, Irakli Beach is the favourite place for a community of free campers. The Emine-Irakli nature reserve is close by, home to many rare and protected species.

The owners of land around the beach are not happy with this. Thinking that some new resorts would attract more tourists, in 2007 they started building a holiday complex a few metres away from the beach. Campers and environmentalists protested, and often clashed with the developers. State institutions took action sporadically, turning the Irakli case into a legal deadlock.

What now Building continues in 2013, too. 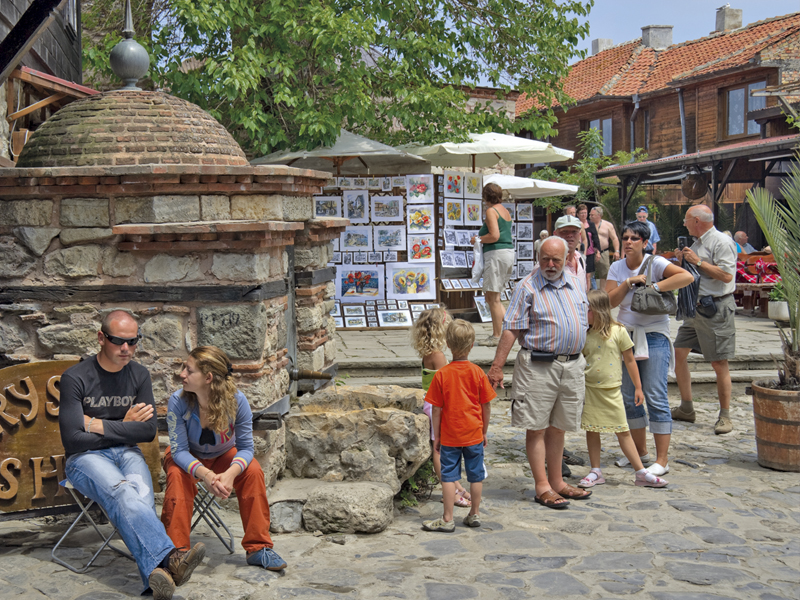 The case Tourists started flocking in and around the backwater of Nesebar in the 1960s, when the Golden Beach resort was built nearby. In the 1990s, private initiative replaced state organised tourism. Lack of regulations and the indifference of the authorities soon created a monstrosity. To accommodate more guests, owners of traditional houses changed the original architecture of the mansions. Stalls with cheap souvenirs, made-in-China flip flops and kitschy paintings effectively hide the famous Nesebar churches and houses from view. An old windmill, with the status of a monument of culture, suddenly became part of a new hotel. In a decade, old Nesebar completely lost its soul.

In 2010, UNESCO threatened to take Nesebar off its famous list. About a dozen illegal buildings were demolished, triggering protests from locals who demanded that Nesebar break forever with UNESCO.

What now Nesebar is still an UNESCO site and is still mired in kitsch, noise pollution and cheap tourism.

Profile Sand dunes along the Black Sea coast are rare in Bulgaria and provide precious habitat for many endangered species, including the sand lily.
Danger Overbuilding. 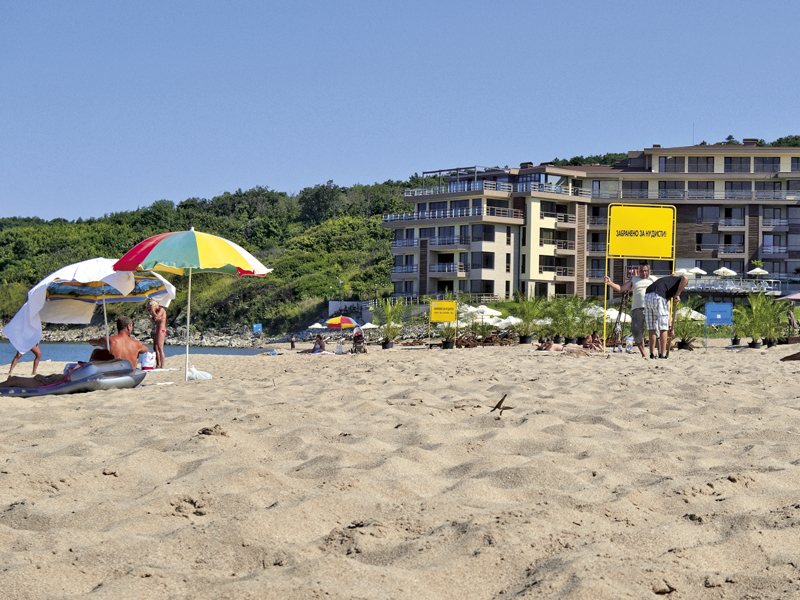 The case It is both stupid and illegal to built on dunes. Sand by the sea is not a good foundation for construction (even the Bible advises against it), and the sea coast is exclusively state property.

Life, however, has proved theory wrong. Since the early 2000s, the dunes on the Bulgarian Black Sea coast have been systematically destroyed to make room for yet another hotel or parking lot. Enthusiastic developers have used many tricks to persuade local authorities to look the other way – bribes were given, and maps appeared where dunes were not dunes, but pastures or even arable land, suitable for further development. One of the latest scandals happened in December 2012, when, in one day, the state sold for peanuts 29 decarеs of dunes near Nesebar, which were immediately resold for much more money. People close to the then ruling GERB were involved in the deal.

What now The caretaker government financed the creation of a register of dunes and beaches, which should stop the strange transformation of sandy patches of land into pastures and then into hotels.

Profile The mountain looming over Sofia is the oldest national park in the Balkans. In summer, Vitosha is a haven of wild nature, stunning vistas and clean air, and in winter it offers some fine skiing opportunities. 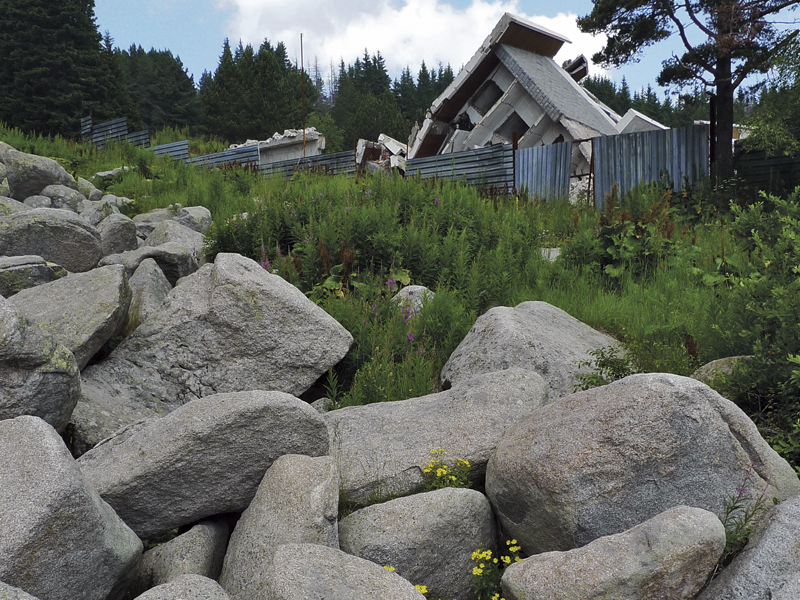 The case In 2009, Vitosha Ski, the concessioner of the Vitosha lifts, started enlarging the existing ski runs, damaging protected areas in the process. The state did not react promptly and, regardless of protests, the concessioner continued. When the state finally attempted to stop the development, Vitosha Ski arbitrarily closed all the lifts, killing the ski season. In early 2012, protests started again, as the GERB government planned to amend the Forestry Act and to ease the way for building in protected areas, Vitosha included. Boyko Borisov backed down, but soon fierce forest fires ravished an area close to the land which Vitosha Ski wanted to develop. Was it a coincidence, or was it an orchestrated operation? It remains unclear.

What now It has been quiet for a while.

Profile The rocky plateau on the north Bulgarian Black Sea is a nature reserve inhabited by many endangered species. The remains of ancient and medieval settlements, a cemetery, a fortress and monasteries, most of them hewn into the rock, make it a site of historical significance, too.
Danger Earthquakes, illegal construction.

The case The rugged landscape of the Yaylata plateau is the result of continuing change, enacted by the sea, the wind and sometimes by strong earthquakes.

This May, the news that someone was building a two-storey villa too close to the reserve erupted in the social media. The construction site, the first floor of which was already built in 2007, was labeled a "restoration of a fisherman's hut." After the uproar, the Kavarna City Council stopped all building on the disputed land.

What now The developers and everyone involved in the issuing of the building permit were fined. Complete demolition is planned. Soon.

Profile One of the nicest Revival Period monasteries in Bulgaria, the Preobrazhenski, or Transfiguration, Monastery is perched on a rocky bank above the Yantra River, and houses some fine murals by the artist Zahariy Zograf. The philosophical Wheel of Life scene is of particular interest.
Danger Rock falls. 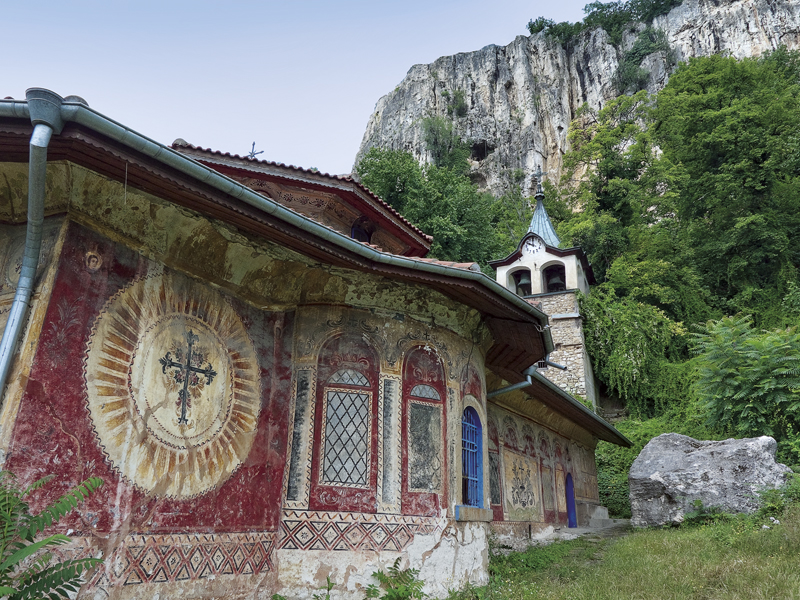 The case In the 1970s rock falls and earthquakes destroyed parts the Preobrazhenski Monastery complex. Most recently in 1991 a rock fall destroyed the eastern part of the monastery, nearly hitting the church. The murals were restored in 2003, but the danger of rock falls remains.

What now No recent developments for the time being.

Profile A traditional town with a centuries-long history mirrored in its architecture. Nearby is the serene Pirin mountain, a national park on UNESCO's prestigious list of world heritage sites

The case In the 1970s and the 1980s, Sofianites started to visit Bansko, seeking cheap opportunities to ski and cheap food and drinks in the taverns, making fun of the local dialect and making fools of themselves with local wines and rakiya.

In the early 2000s, Bansko attracted its first Westerners. Developers latched onto the trend and soon the once sleepy town had turned into a huge construction site. Hotels, blocks of flats and shopping centres appeared on the former potato fields, in the process destroying the local hospitality and the quality of the food. Today, the Bansko of the old days is completely lost.

Nature was not spared either. New developments crawled higher and higher up the Pirin slopes, and a new ski run was built in the park. Protests erupted but locals, supported by the GERB government's top brass, defended the construction, citing ski run expansion as being crucial for the resort's future.

What now A few days after the 12 May general election the Administrative Court ruled that the construction of a second ski run at Bansko was illegal.