UP IN THE SKY

The best place for paragliding in Bulgaria: that is the unlikely fame of Sopot. The town in the valley between the Stara Planina and the Sredna Gora mountains is most famous as the birthplace of Ivan Vazov, Bulgaria's venerated 19th Century writer. Sopot is also the hometown of Bulgaria's biggest military ammunition factory.

For those seeking adrenalin-boosting experiences in the air, Sopot is best known for paragliding. You can see paragliders, high up in the sky, anytime you pass through this town on the main road from Sofia to Burgas. Their number peaks in summer, when there is a lively international competition with hundreds of participants.

The peculiarities of the local topography are the main reason why Sopot has become a paragliding heaven. The rugged slopes of the Stara Planina hang menacingly over the valley, creating strong winds and a variety of weaker currents which can take you far and away, when you know how to ride them. 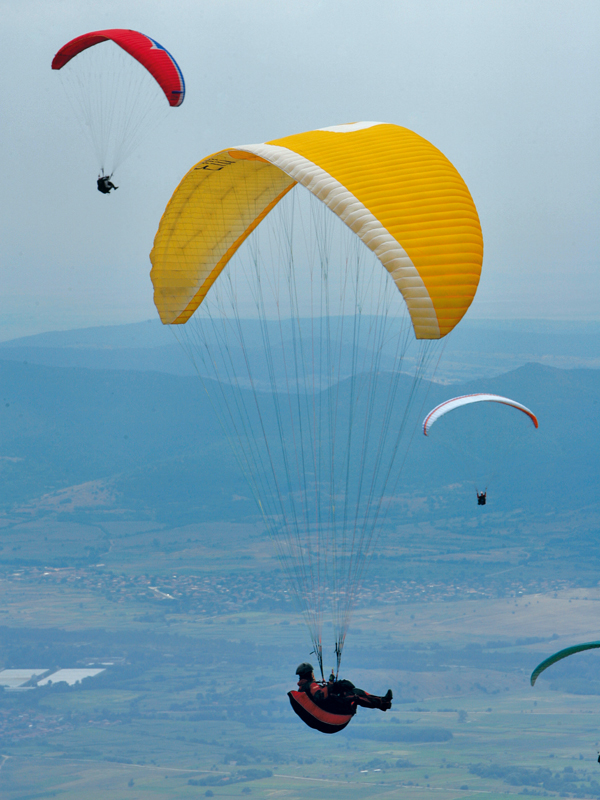 To enjoy a flight, take the road towards the Sopot Monastery (do pay a visit, as the garments worn by national hero Vasil Levski when he was a monk are exhibited in the church) and then continue to the landing ground. From here, take the chair lift to the starting point – an extensive meadow at an altitude of 1,374 metres above sea level, which can easily accommodate up to 50 paragliders.

The beauty of the vista often leaves visitors speechless, and you don't need to fly to enjoy one of the most interesting sites in the vicinity.

This is the ruins of a mediaeval fortress, the Anevo Kale, whose forbidding walls crown a nearby peak at an altitude of 850 metres.

A fortress would have existed at this part of the Stara Planina since Antiquity, when the Romans built a series of fortifications to guard against invaders coming from the Danube Plain. The walls you see today are from the 12-14th centuries, when they belonged to the citadel of a major town, Kopsis.

At the end of the 13th Century, the ruler of Kopsis played a crucial role in Bulgaria's history. At that time, Bulgaria was weakened by internal conflicts and the meddling of the Byzantine Empire and of the khans of the Golden Horde. The latter influence peaked at the end of the century, when no-one could sit on the throne at Tarnovo without their approval.

In 1292, Smilets, the ruler of the lands between Kopsis and Sliven, gained the trust of the khan and became the king of Bulgaria. Six years later, he died in a battle in circumstances that were unclear. His two brothers immediately joined in the political turmoil that followed, but neither of them achieved what Smilets did. 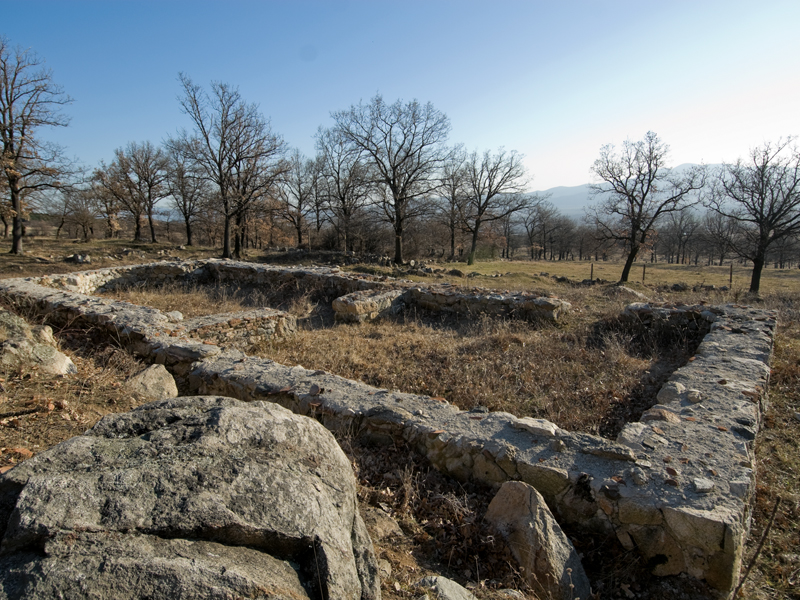 Remains of churches and houses, as well as the walls of the Anevo fortress 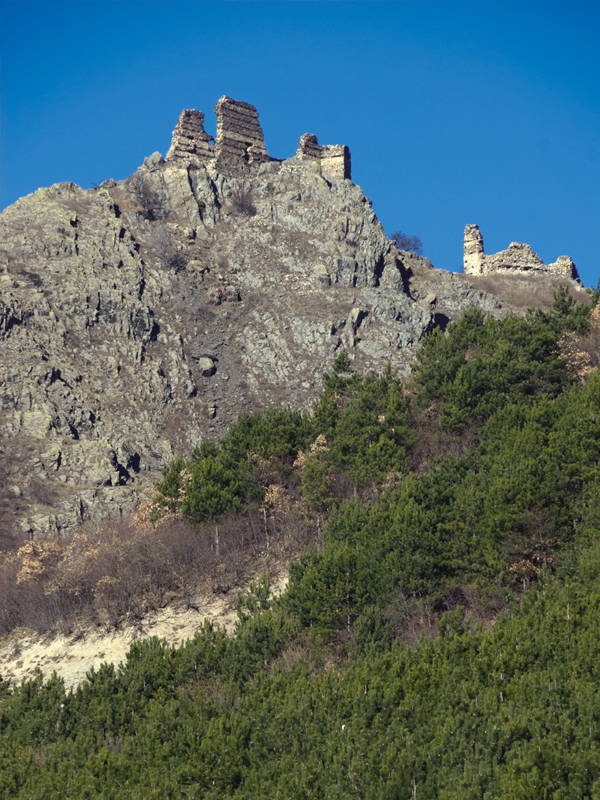 Anevo Kale fortress is among the best preserved in Bulgaria

The fortress of Kopsis was abandoned at the end of the 14th Century, when the Ottomans invaded Bulgaria and turned it into a part of their megastate. Soon, its name was forgotten and people started calling it Anevo Kale, the fortress near the village of Anevo.

Excavations of the fortifications began in 1983. So far, archaeologists have discovered the remains of mighty walls, and of a monastery, churches and houses. A significant amount of the building materials, boulders from the nearby Stryama River, was brought all the way up to the peak.

About 700 years after the death of King Smilets, descendants of the people of the Golden Horde appeared at the foot of the fortress. In 2005, a family of Mongolians erected seven traditional yurts, or movable tents, near the paragliding landing area. They wanted to attract tourists with their traditional crafts and lifestyle, and with their traditional dishes.

For a time, they succeeded and became a curiosity and talking point in the region. Sadly, after a couple of years the enterprise failed and the Mongolians moved away.