SOFIA IN THE DETAILS

Hidden away or in full view neo-Baroque stucco, Stalinist heroes and rusting advertisements from the first years of the transition reveal changing spirit of the capital

The Aleksandr Nevskiy cathedral and the Yellow Brick Road, the Largo and NDK: tourists in Sofia tend to gravitate around these focal points of interest. The more adventurous explore the multiethnic bustle around the Women's Market, and everyone is into discovering Sofia's restaurants and nightlife.

This town, however, has a hidden face which reveals, in small details, not only the changes in its architecture and its history, but the souls of its people going through periods of intellectual and economic vigour or decline, struggling with wars and crises, with dictatorship, democracy and the open market.

To find it, you don't need to explore the murkier backstreets.

All you have to do is to look up, to the architectural details and the advertisements adorning Sofia's façades. 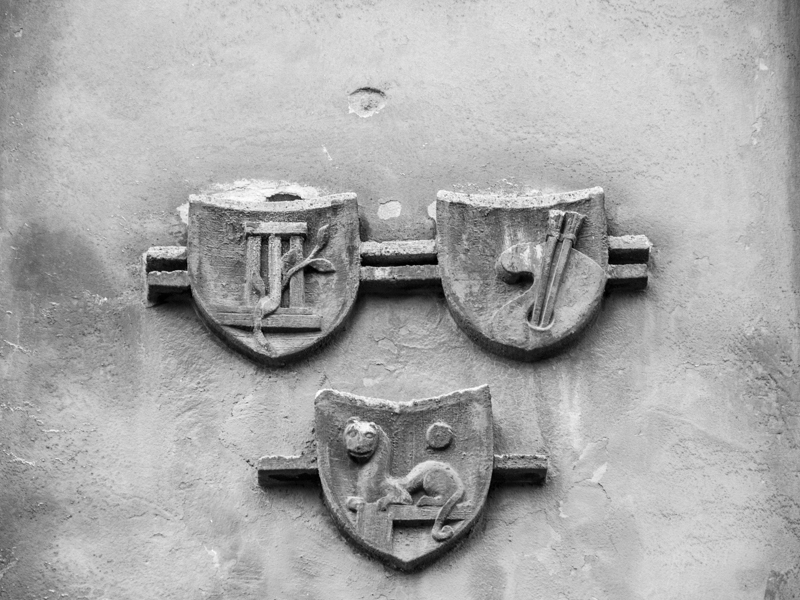 These started to appear soon after Sofia became the capital of independent Bulgaria, in 1879. In a few decades, the central parts of the city were denuded of old Ottoman buildings, redesigned and rebuilt with public and private housing, and cultural, administrative and business buildings in the latest European fashion, mainly neo-Baroque and Art Deco.

It was an era when everything looked possible for young Bulgaria. The decoration mirrored this enthusiasm and the desire to achieve the coveted "European-ness": cherubs and garlands, caryatids and the faces of allegorical figures appeared frequently, even when the houses they adorned were neither large nor imposing. Not everyone, however, was mad about copy-cat and frou-frou architecture. The emerging artistic and intellectual elite wanted to have their own personality reflected in their homes – and this is why, on the porch of the architect Frangov's house, on Shipka Street, there appeared the cubist sculpture of a woman's head.

When the 1912-1913 Balkan Wars broke out, Sofia was very different to its former 1879 self. These wars, however, along with the Great War of 1914-1918, had a devastating effect. Enthusiasm for unification with Bulgarian territories still in the Ottoman Empire evaporated when Bulgaria twice found itself on the losing side. Thousands died, the economy was in tatters and refugees swarmed into Sofia. Political instability was rife.

When, in the 1920s, people were again in the mood to build and create, both the spirit of the era and the architecture had changed. The interwar period was a time of big business and pragmatism, reflected in modernist and sometimes brutalist architecture. Out went the frivolous and ornate façades of city homes with gardens, in came the practical, unremarkable apartment blocks and tall business buildings where the rising numbers of the middle class lived and worked. 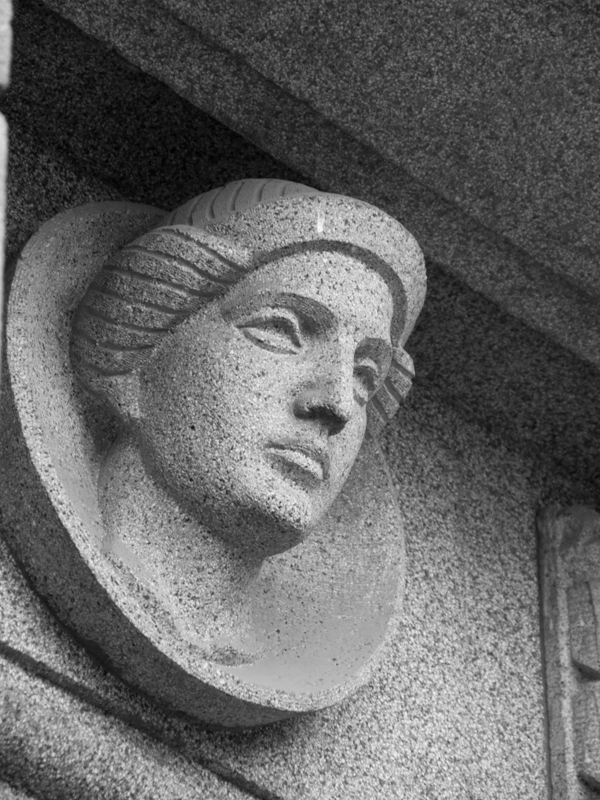 Decorations became more vigorous, too. The Atlases and caryatids of the period have more stylised features, and the strongly-built allegorical figures more than ever represented the fruits of hard work. Probably some of the best are the sculpture of St Nicolas on the corner of the Bulgarian National Bank, from 1939, and the sculptures at the roof-line of the administrative building on the corner of Dondukov Boulevard and Bacho Kiro Street.

The losses in the wars were viewed as a national catastrophe, but the glories of Bulgarian history were often a theme of conversation – as reflected in decorative styles. Look up at the masculine façade of the Ministry of Defence, built between 1939 and 1945, and you'll see the determined faces of Bulgarian kings and warriors. A copy of the Madara Horseman adorns an apartment building on Gladstone Street. The inscription beneath tells that the building is named after Khan Krum, the much-feared early Bulgarian ruler from the early 9th Century. Even Vagabond's office, which is in a building from the early 1930s on Budapest Street, bears a relief of a strong soldier. He, interestingly, looks as if he has been borrowed from Fascist Italy.

The bomb raids of the Allies in 1943-1944 destroyed much of Sofia and, when the dust settled, the Communists took over. A new era in life and building began. 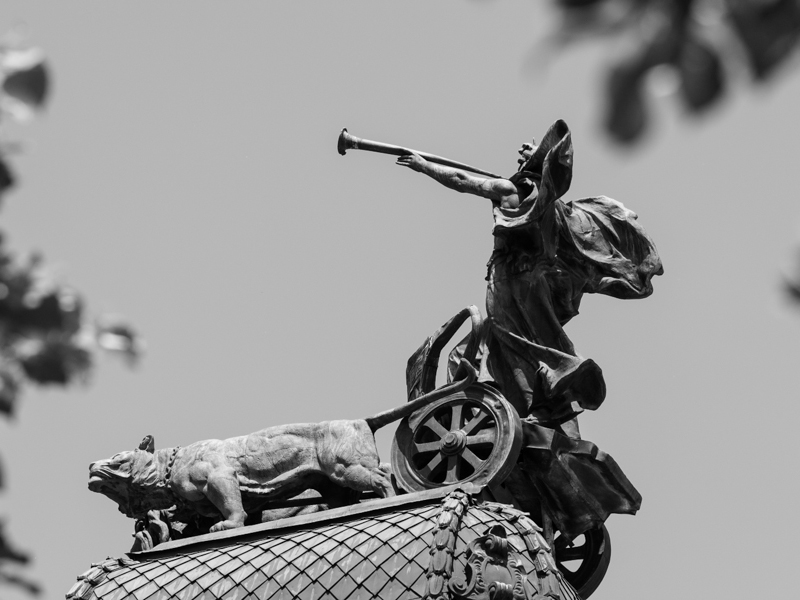 Massive Stalinist buildings arose and their message – you, human ant, kneel down before Big Brother! – was imposed on ordinary people. Decorations embodied the same spirit. Five-pointed stars mingled with garlands and allegorical figures now represented the successes of the dictatorship of the proletariat.

In the 1960s and the 1970s, Stalinism was replaced with Socialist modernism. In some places, however, propagandist decoration prevailed. Gigantic mosaics and murals with historical themes or stylised representations of the (presumingly) booming economy and culture of Socialist Bulgaria appeared on the blind walls of older buildings. One of the best examples is on a wall next to the 199 Theatre on Rakovski Street.

Advertisements also became big and shiny, often in neon. They advertised the newest bookstore, or grocery, or fashion shop, regardless of the fact that the books were heavily censored, the fashion was nondescript and in the grocery you could chose from two types of sausages – if there were any sausages at all.

What happened to all these when the regime collapsed, in 1989? 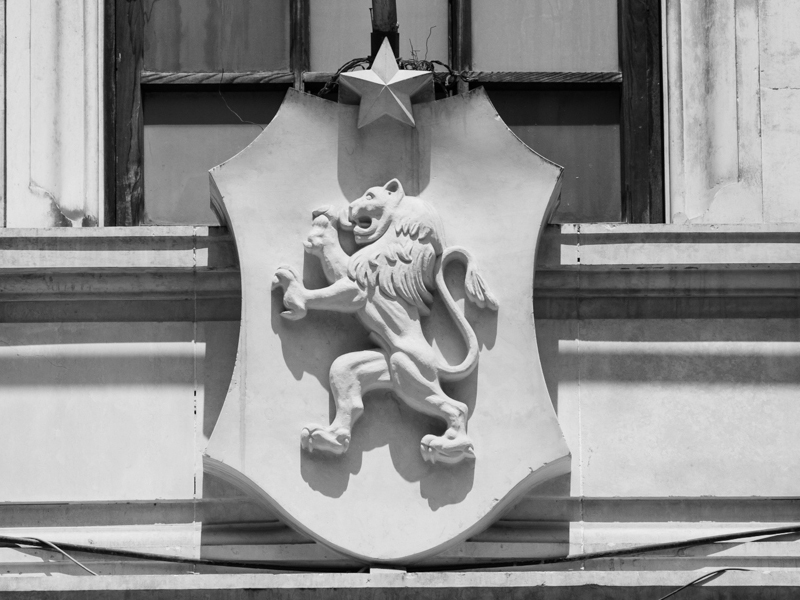 New advertisements, signalling the birth of private initiatives, appeared. These ranged from the humble sign of your neighbourhood shoe-maker or hair-dresser to the flashy names of private banks. Neglected for decades and now inhabited by elderly people on small pensions, many older buildings started to crumble.

Lack of rules and of a willingness to apply regulations turned the face of Sofia into a patchwork, which blends remains from the past in different stages of neglect and self-styled modernity. The names of banks now shine from newly-repainted façades from the beginning of the 20th Century, sharing their space with ghostly buildings. Plastic window frames adorn Art Deco façades. Insulation in vivid colours covers old walls, sometimes (but not always) sparing older reliefs or sculptures. Cables garland façades. Until a recent clean-up, the silhouette of the long-removed five pointed star was still visible on the Council of Ministers. Old advertisements – be they for long forgotten shops from the Communist era or bankrupt entrepreneurship from the 1990s – still cry their wares to the citizens, who pass by without even noticing. 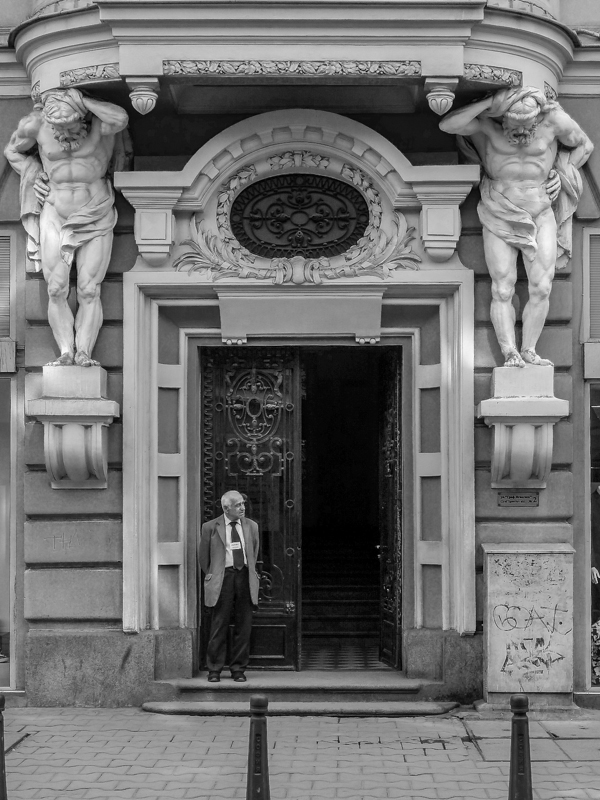 Happily, there are more gratifying additions. Sometimes the inhabitants of some apartment block repaint the façade in a more fanciful or even artistic manner and in the 2000s, poems by some of the finest European poets appeared on some walls. Wall-to-Wall. Poetry of Sofia was a project spearheaded by the Netherlands embassy which involved all EU countries. They still have an impact. If you are in the right place and you look up, you can be rewarded with a poem.