Memorial to the Soviet Submariners, Sozopol

As you travel along the Bulgarian Black Sea coast you will inevitably pass through Varna and Burgas, the two biggest Bulgarian seaside towns. As you stroll through them, you will inevitably be confronted with a couple of monstrosities that will make you wonder, who or what are those to celebrate? Do they not belong to a bygone era that few Bulgarians want to remember? Should not they be consigned to the dustbin of history, as Marx put it, which seems to be their rightful last abode?

To understand why Bulgaria is at the present time the only former Warsaw Pact country that still tends to its Communist-era monuments, you need to know both the background and the reason for why Bulgarians, unlike Poles, Czechs, Hungarians and everyone else, actually believe that Russia, including Putin's Russia, is their friend.

First, a bit of history. Bulgaria's position in the Second World War was at best ambiguous. The country was in the gravitational field of Nazi Germany as early as the 1930s, and joined the Axis as a (some say reluctant) ally on 1 March 1941. At that time, the Soviet Union and Germany were still keeping their 1939 Treaty of Non-Aggression, the infamous Molotov-Ribbentrop Pact.

On 21 June 1941 Germany attacked the USSR. What Bulgaria did to show loyalty to the Third Reich, was to declare "a symbolic war" (yes, the Bulgarian parliament used these words) on Britain and the United States. Bulgaria, however, did not declare war on the Soviets and kept its diplomatic relations with Moscow intact.

What is less well known, however, is that the Soviets actually did attack "non-enemy" Bulgaria without declaring a war on it. On 22 June 1941, a Red Army aircraft bombed Dobrich. The north east of the country was attacked again in August. On the night of 12 September 1942, Soviet planes attacked Ruse, Gorna Oryahovitsa, Kazanlak and Stara Zagora, an incursion which forced the Bulgarian government to impose a blackout. The Black Sea coast, where the Soviet and Nazi Germany navies fought, suffered particularly badly. On 1 December 1942, Soviet ships fired at the Bulgarian villages of Gorun, Sveti Nikola, Nanevo, Kamen Bryag, Poruchik Chunchevo, Tyulenovo, Shabla and Ezerets.

One of the bloodiest acts committed by the Soviets against Bulgaria was the sinking of the Struma, a Bulgarian ship that carried 760 Jewish refugees to then British Palestine. All passengers as well as the Bulgarian crew perished. The episode is not in Bulgarian history textbooks and few Bulgarians actually know about it.

Nevertheless, Bulgaria would not declare war on the USSR. Finally, Stalin did, on 5 September 1944, as a justification for the invasion which followed on 8 September. While the Bulgarian army did not fire a shot, the Communist partisans seized the moment with the 9 September coup. 45 years of Communism that Bulgaria is still unable to shake itself clear of ensued.

Not a single Red Army soldier died in action against Bulgaria. What Soviet submariners perished at the Bulgarian Black Sea either died in battle with the Germans, or had hit mines.

Still, Bulgaria is covered with monuments of victorious Soviet soldiers with propaganda slogans claiming they died for Bulgarian freedom. The Black Sea coast is no exception. In fact, along the Black Sea coast these monuments to a undeclared war in a bygone era are actually well-kept and tended to. Why? These days Russians make up the biggest chunk of foreign visitors to the Bulgarian resorts. Many buy properties in Bulgaria. To put it in a nutshell, the construction companies depend on Russian custom for their livelihood now the Brits and the Irish have gone for good. Perhaps the Bulgarian local authorities think that they would step up business if they showed the current Russians that they still "love" their grandparents? 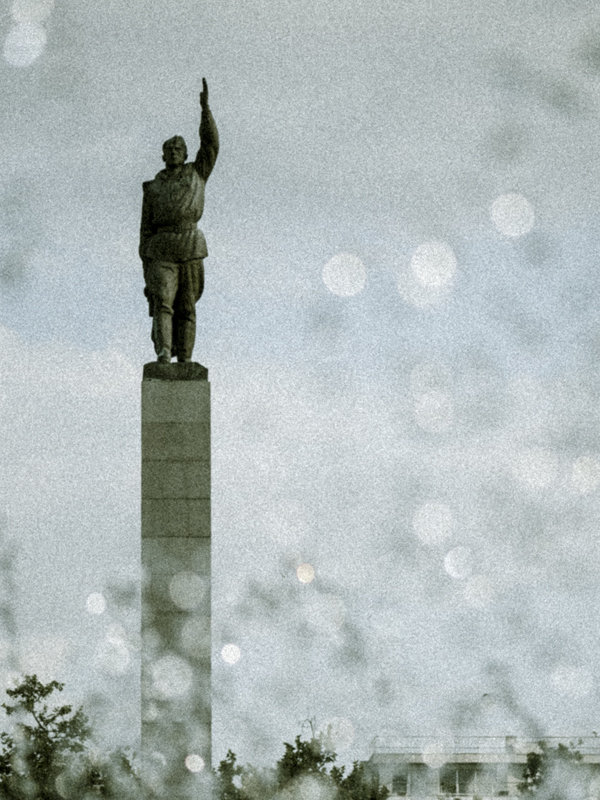 Standing in the central square of Burgas, the statue of Alyosha with hand raised in salute is 18 metres high. Reliefs of the meetings of Red Army soldiers in Burgas adorn the pediment. The monument was built in 1952-1953, and was designed in the best Stalinist fashion by the architect Minko Minkov and sculptors Vasil Radoslavov and Aneta Atanasova.

The inscription hails the Soviet soldiers who died for the liberation of Burgas. However, the only Soviet military personnel who died in 1944 in the city were killed in accidents, such as defusing a mine.
Since 1989, there have been regular demands for the dismantlement of Alyosha, which will probably never materialise, especially now that the number of Russian property-owners on the Bulgarian Black Sea coast is rising. 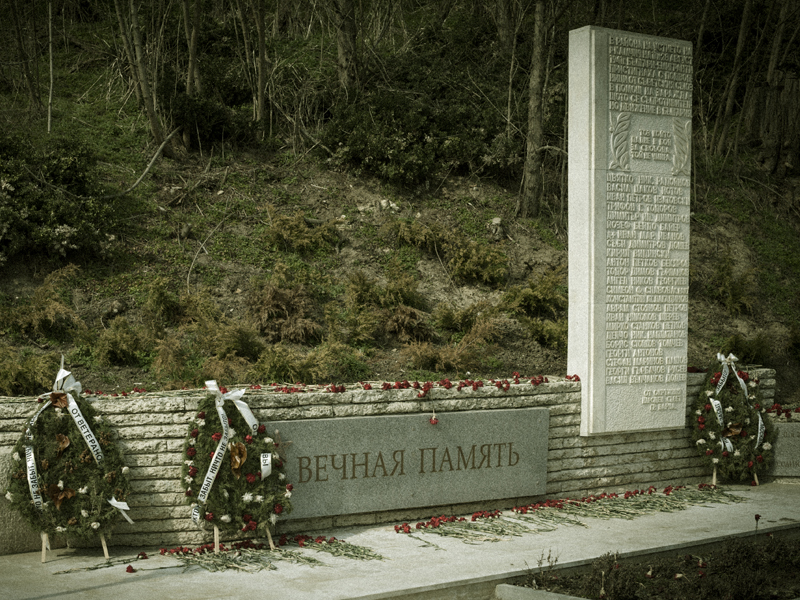 On 11 August 1941, the Soviet submarine St-211 arrived secretly at the mouth of the Kamchiya River. Several men disembarked. They were all Bulgarian Communists, sent to stir up anti-government resistance. The St-211 trip was only a part of a larger operation by the USSR, which in the summer of 1941 brought 55 saboteurs to Bulgaria by air and water. In 1942, however, many of the Soviet agents were arrested and sentenced to death.

The St-211, too, had an unfortunate destiny. In November 1941 the submarine sank in Bulgarian territorial waters, probably after hitting a mine. All 44 aboard died. The submarine was discovered in 2000 by a joint Bulgarian-Russian expedition, and has now been declared a military cemetery. The crew and the Bulgarian saboteurs have a land monument, too. It is near Bliznak village, by the mouth of the Kamchiya – the site of the August landing. 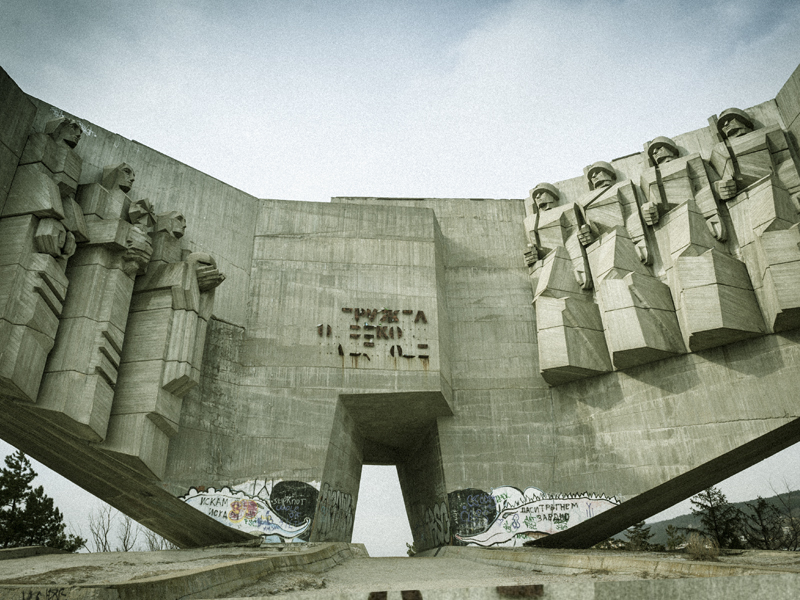 It took 10,000 tonnes of concrete and 1,000 tonnes of steel for this monstrosity to appear beside one of Varna's busiest boulevards. Built in 1978 by 27,000 volunteers in only seven months, the monument was lit at night with 180 spotlights. Shostakovich's 7th Symphony, composed during the siege of Leningrad, was played at the monument and giant bronze letters formed the slogan "Friendship from ages for ages." There was an eternal flame and a bomb shelter. The complex was designed by the architect Kamen Goranov and sculptors Alyosha Kafedzhiiski and Evgeni Baramov.

The memorial, which is on the hill where Russian command was positioned during the 1828-1829 Russo-Turkish War, was abandoned soon after the collapse of Communism in 1989. Looters removed all the bronze (including a 3.5 tonne door), and graffiti artists and climbers took over the walls.

The monument became a place of protest, too. During the Pussy Riot trial, some daredevil covered the heads of the Soviet soldiers with colourful hoods. 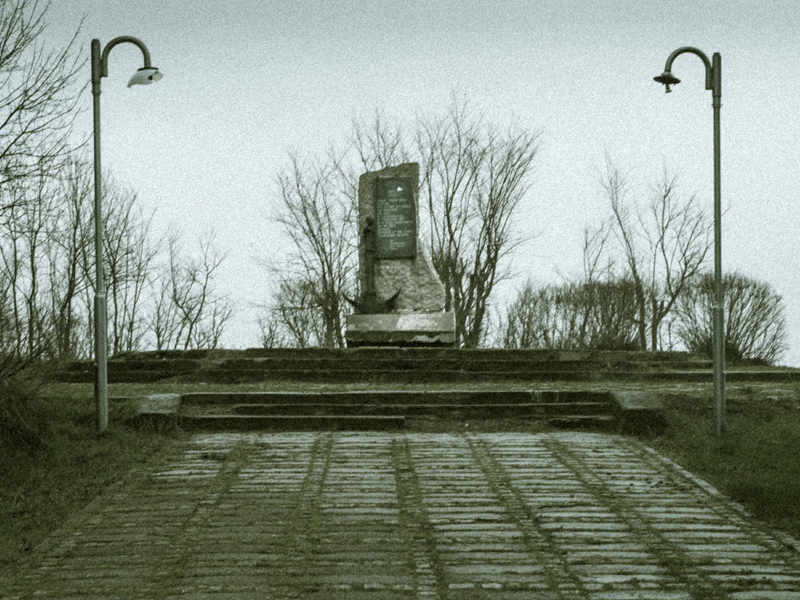 Monument to the Soviet Soldiers, Tsarevo

This is dedicated to the memory of the "Soviet brothers" who died "along these shores... for us and our freedom." In 2013, the memorial got a facelift during the renovation of the area around St George's Church. The project was funded with EU money.

There is story circulating about how the monument came into being. During the war a dead man in Soviet uniform was found on the shore by the sea. The authorities identified him as Seleviz Selevizov. After the Communist coup of 1944, someone remembered this and the monument was built, and a nearby street was named Seleviz Selevizov.

Later, a local history teacher encouraged her pupils to write to the Military Museum in Moscow and ask for more details about Seleviz Selevizov. The reply was unexpected. Selevizov was a traitor and a Germany spy, the letter said. After some embarrassment, consideration and consultation with the Moscow museum, the street was renamed after a safer Soviet soldier, one Salah Salahovich. The fact that he had never been to Tsarevo didn't really matter. 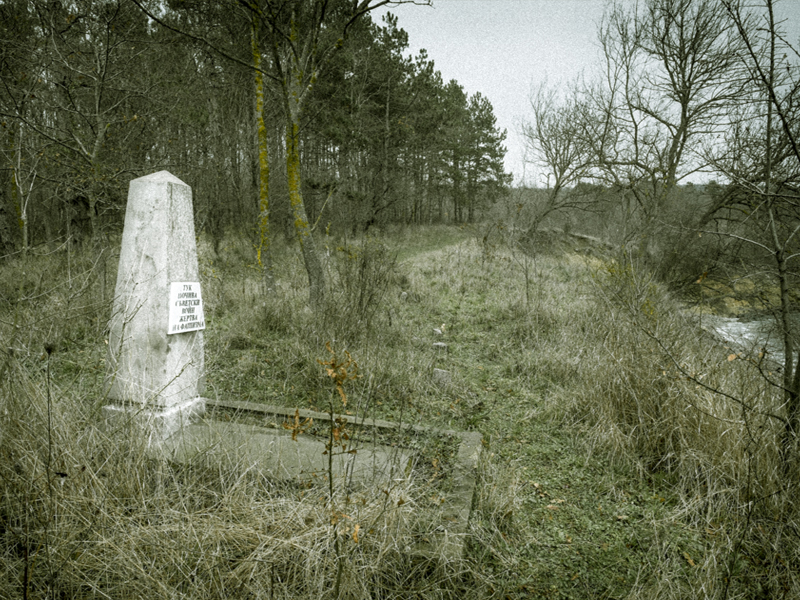 This commemorates the place where the body of a supposed Soviet submariner was found, floating in the water. 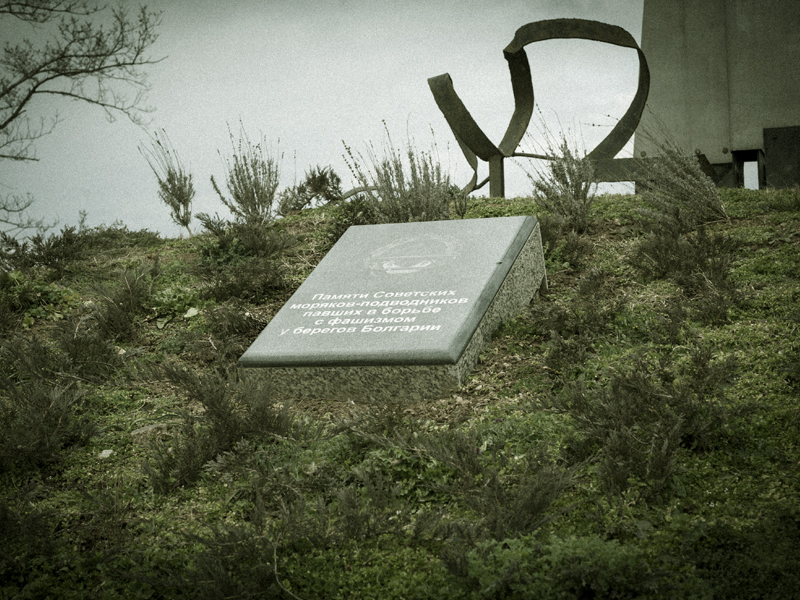 Memorial to the Soviet Submariners, Sozopol

During the Second World War, five Soviet submarines sank in Bulgarian waters, after hitting mines or being torpedoed by Germans. 237 soldiers died. The bodies of only two submariners were found later, floating in their diving suits. They were identified as Violet Lavrentievich Dushin and Frol Dmitrovich Terehov, both from submarine C-34.

In 1969, at the spot in Sozopol where the bodies were found, a memorial was built, designed by the architect Alyosha Kafedzhiyski. After 1989, the memorial was utterly forgotten, but in 2010 it was cleaned and restored on the initiative of the owners of one of the biggest holiday properties in Sozopol.