TAKE THE B TRAIN

The railway was one of the most radical innovations that came to the Bulgarian lands after the Crimean War. The conflict had exposed to everyone, including the Sultan, how backward his empire was technologically. In the late 1850s, it was decided that the Balkans should be criss-crossed with railways to facilitate trade and, if necessary, the transportation of soldiers. 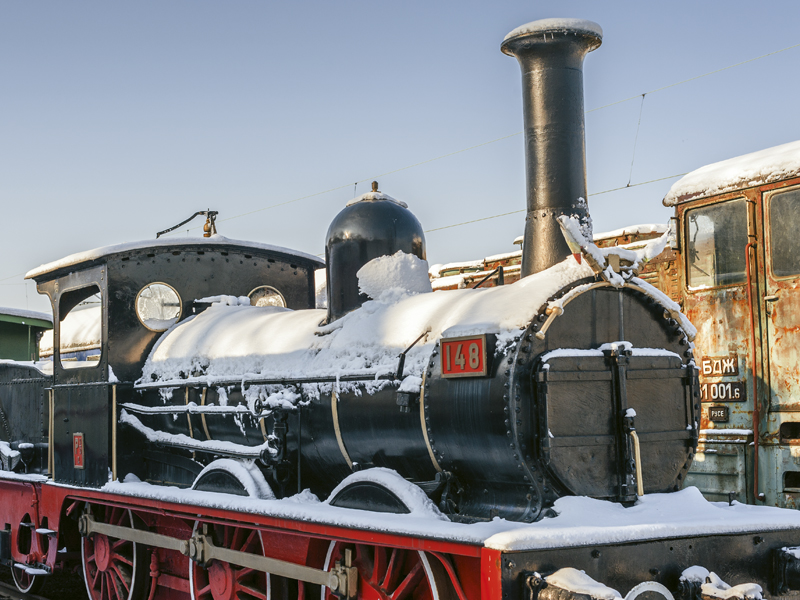 Engine 148, the first ever to throttle in Bulgaria

After some typically Ottoman scheming, procrastination and obviously a few bribes, the first of the planned railways was built in 1866. It connected Ruse, a major city on the Danube, with Varna, on the Black Sea, considerably shortening the route from Central Europe to the Eastern Mediterranean. The investors were the English brothers Trevor and Henry Barkley, who would have exclusive rights for 99 years before ceding them to the Ottoman Empire.

Numerous troubles followed, including the first railway accident in Bulgaria in 1867, and financial losses which forced the brothers to sell the line to Baron Hirsch, who was building another railway, in southern Bulgaria. After Bulgaria regained independence, in 1878, the Ruse-Varna railway was sold to the Bulgarian state. 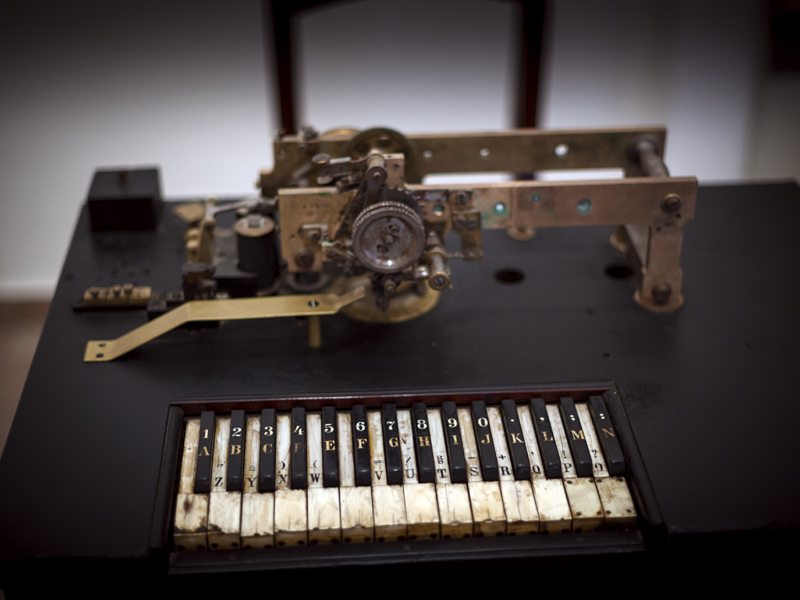 A Morse telegraph. The first telegraph line in the country was finished in 1866 and run between Ruse and Varna

Ruse continues to be a major railway crossroads, connecting Eastern Europe with the Balkans and the Mediterranean. The first railway station, built by the Barkley brothers on the bank of the Danube, however, is no longer in use. In 1954 Ruse's railway station was moved inland to a larger building designed to cope with the increased traffic. The old station was left empty until 1966 when it became the home of the first and only National Transport Museum in Bulgaria. 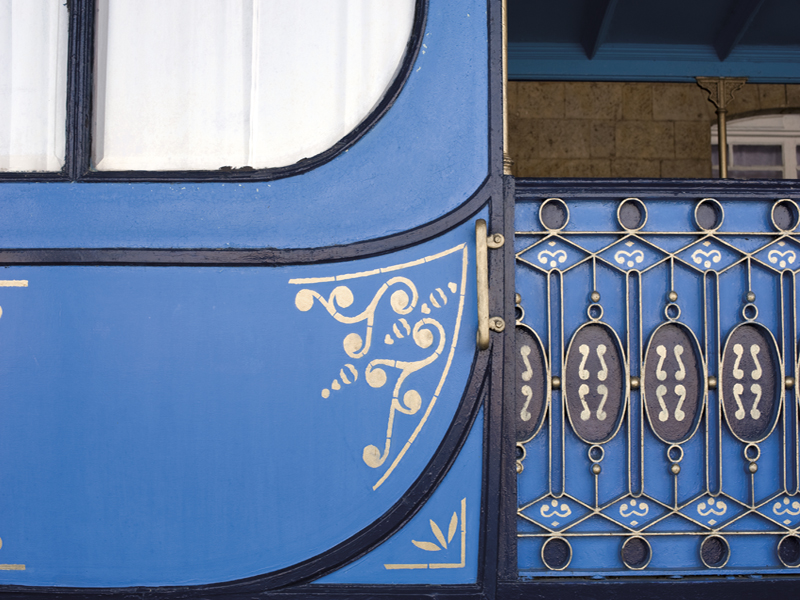 The carriage which took Sultan Abdülaziz on a railroad travel from Varna to Ruse, in 1867. Appropriately, it was named Sultanie. Later, it carried other royalties like the French Empress Eugenie

The first impression on entering the brick-and-mortar Barkley station can be a little disappointing. The museum has barely changed since 1966. Its brightly-lit rooms are full of dusty and dutifully, if unimaginatively, arranged paraphernalia, models and knick-knacks from all the major stages of the development of communications and land and river transport in Bulgaria. The most interesting exhibit is probably the old fashioned but still working toy model of a railway system.

What makes the museum a place to remember is in the backyard. Lined up along the Danube shores are engines and carriages that carried various important people and witnessed the major events that the movers and shakers of the day participated in.
The first of them is the Number 148 locomotive. Built in Manchester, it rattled for the first time between Ruse and Varna in 1866 and was in use until 1901. In 1914, however, the Bulgarian economy switched to war mode and all disused locomotives were scrapped, as the country was hungry for metal. Number 148 locomotive was the only one to survive the iron-and-steel carnage. 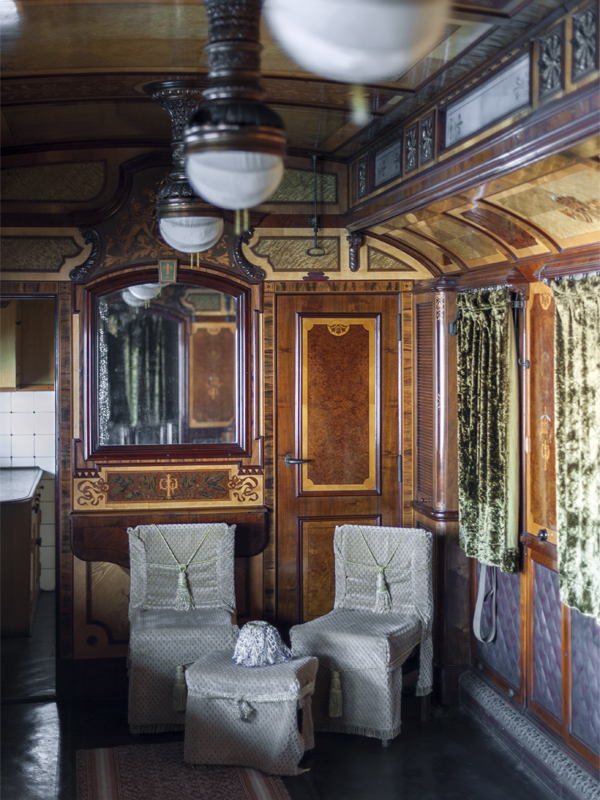 The man who first travelled the Ruse-Varna line was Midhat Pasha, the reformist governor of Ruse, who took a personal interest in the construction of the railway. He must have been satisfied with the result, as he invited Sultan Abdülaziz to try for himself this example of new technology.

The sultan made the trip in 1867 in a special, made-in-Belgium carriage with an inside toilet and comfortable seats for himself, the heir to the throne and a few ladies from the harem. The trip, however, ended in bitter disappointment for Midhat Pasha. The only comment the Sultan made upon his arrival in Ruse was that he had liked the carpet.

In the following years, this carriage made many trips, carrying dignitaries who included the French Empress Eugenie on her way back from the opening ceremony of the Suez Canal in 1869, and the first Bulgarian independent ruler, Prince Alexander I Battemberg. 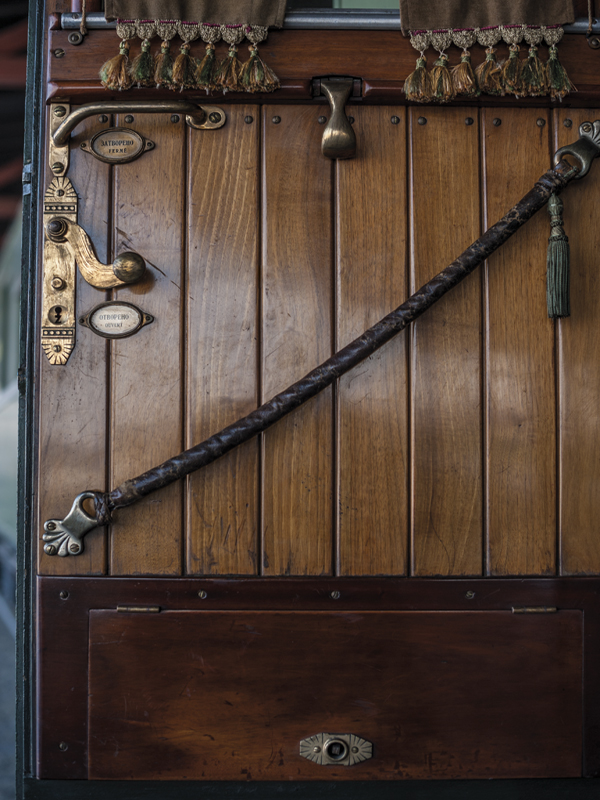 Royalties enjoyed comfort in carriages made in Belgium and Germany

Today, the carriage is parked in the yard of the Transport Museum and visitors can peek inside. Its exterior is also remarkable for its vivid blue colour, so different from the ordinary train greens of the other carriages.

Next to it are the two carriages used by the Bulgarian kings Ferdinand I and Boris III. King Ferdinand's carriage was made in Breslau in 1894, and the one used by his son, Boris, was manufactured in 1911 in Germany.

Both carriages are open to visitors, but don't expect touches of luxury in the bedrooms, seating or dining areas. The king's family enjoyed a pleasant interior with mother-of-pearl details, but definitely preferred practicality over extravagance. King Boris himself was a keen train driver and would often practise on the Bulgarian railways. 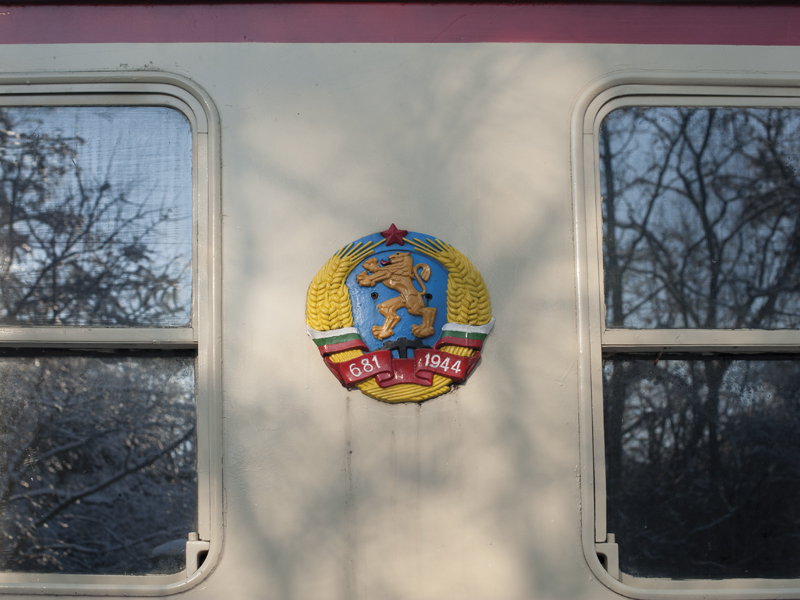 The last railway carriage in the museum is more ominous in history and spirit. Made in Germany in 1902, this sleeping car was used by Soviet Marshal Fyodor Tolbuhin during the Second World War. Tolbuhin was the man who led the Third Ukrainian Army, which entered Bulgaria in September 1944, prompting the 9 September Communist coup.

Metaphorically, this car brought to Bulgaria the changes that are still felt today. Its interior is spartan, just as the times of Stalinism which befell Bulgaria in the wake of the Second World War.