One of Vagabond's main goals, to keep on discovering and presenting the hidden gems of Bulgaria – often off-off-off the beaten track, received valuable assistance from the America for Bulgaria Foundation, and in 2009 we started the High Beam section of this journal.

There we tell the stories of lesser known but interesting and fascinating places scattered all over Bulgaria, visit exotic festivals and explore the ruins of ancient, medieval and Socialist buildings. We also focus on discussing Bulgaria's minorities and their heritage. You will fine some of these stories in our latest book, Hidden Treasures of Bulgaria 2. On the following pages, we offer you more.

DIVERSE BULGARIA
Bulgaria is home to an array of ethnic and religions minorities with interesting heritages and often traumatic histories. Vagabond consistently draws attention to them, with special articles devoted to the country's Ottoman and Armenian heritage, and the question of antisemitism in modern Bulgaria. For concise information on most of the country's minorities, check out issue 67, where you'll meet well known groups such as the Turks, the Gypsies and the Jews, and more exotic communities like the Karakachans and the Gagauz. 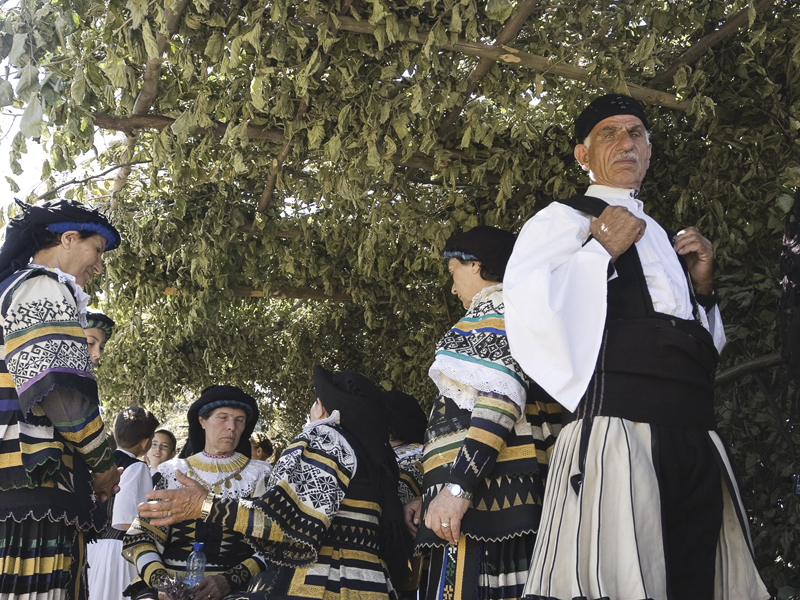 YAYLATA
There is a good reason why a number of Bulgarian film-makers have felt obliged to shoot their movies on location at Yaylata, the rocky plateau on Bulgaria's northern Black Sea coast: this place is breathtakingly beautiful. Covering 74 acres and rising up to 60 metres above the waves, Yaylata is the last chunk of the great European steppes, and home to many rare and endangered bird and plant species, with astonishing landscapes and caves carved by early Christian hermits.

FIREWALKERS
Nestinarstvo, the rite where men and women dance on glowing embers, is one of Bulgaria's best known and most mysterious traditions, mostly because of the tourist shows on the Black Sea coast. To experience the bizarre atmosphere of the real thing, however, you have to go deep into the Strandzha, the mountain where the rite is still performed, and on a very special day. Discover more, in issue 79 of Vagabond. 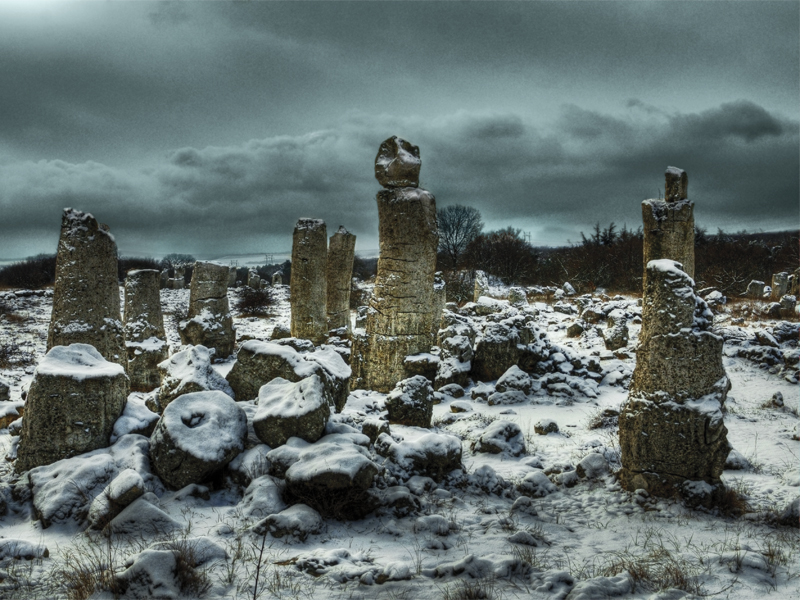 POBITI KAMANI
Situated near Varna, one of Bulgaria's best known natural phenomena appears eerie at night or in winter. In these magical hours, you can easily believe the legend that the columns are the remains of petrified giants. 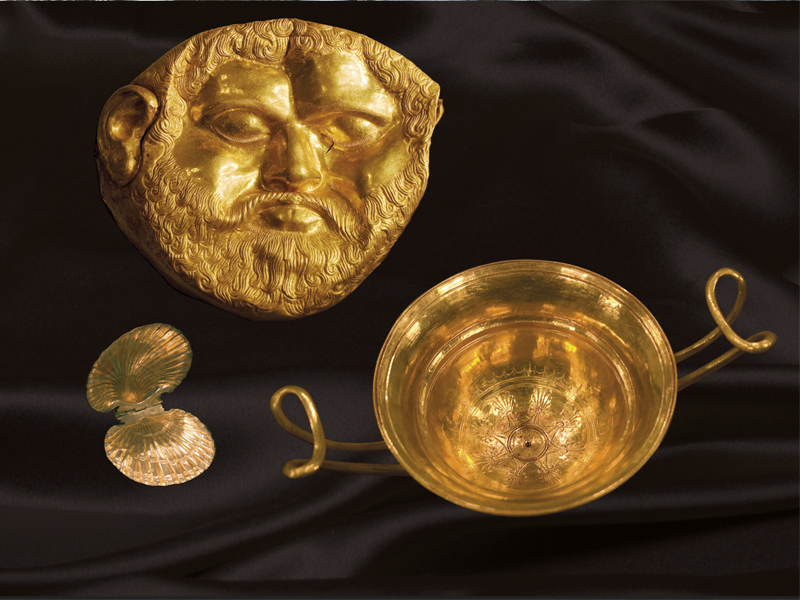 THRACIAN TREASURES
Being in Bulgaria nowadays means that you are bombarded with news and stories about Thracian gold treasures. But why did the Thracians love gold so much? How were these hoards discovered? Which are the most astonishing of them and where can you see them? Issue 55/56 of Vagabond provides some of the answers.

THE GHOST VILLAGE OF TAMRASH
Tamrash, on the northern slopes of the Rhodope is no longer to be found on maps, as it was abandoned in 1912, when Bulgaria launched its offensive against the Ottoman Empire from there. The Pomaks, Bulgarian-speaking Muslims who lived in Tamrash, fled and settled in Asia Minor. Only two cemeteries survive from the village, with the ghostly sight of white tombstones popping up among the firs. 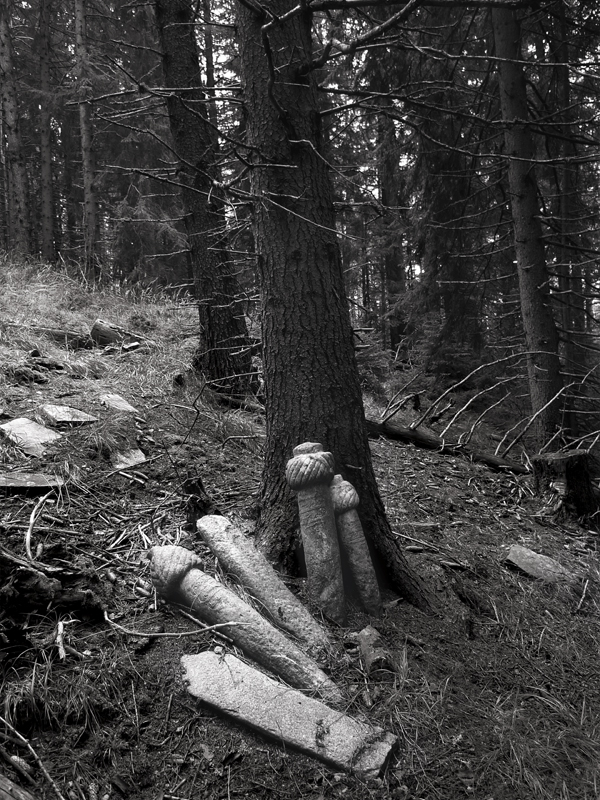 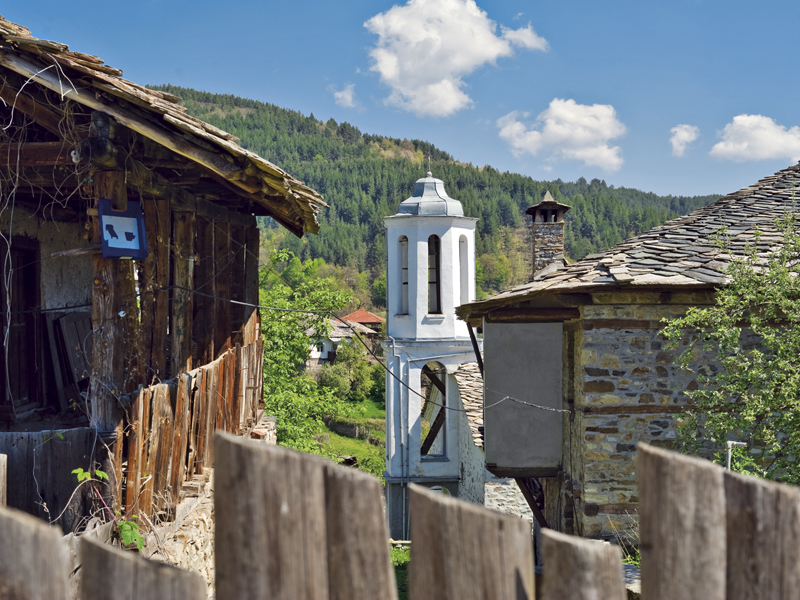 THE VILLAGE OF DOLEN
Visiting a traditional village or town in Bulgaria may be a disappointment, as many of them have succumbed to relentless touristification, and their spirit of authenticity is evaporating quicker than the contents of a bottle of rakiya dropped on the street. Dolen, in the Western Rhodope, doesn't fit into this pattern. Small and tucked away in the mountains, it is quiet and mostly undisturbed by modern tourism. A bonus: a hidden stone in the local church grants wishes. 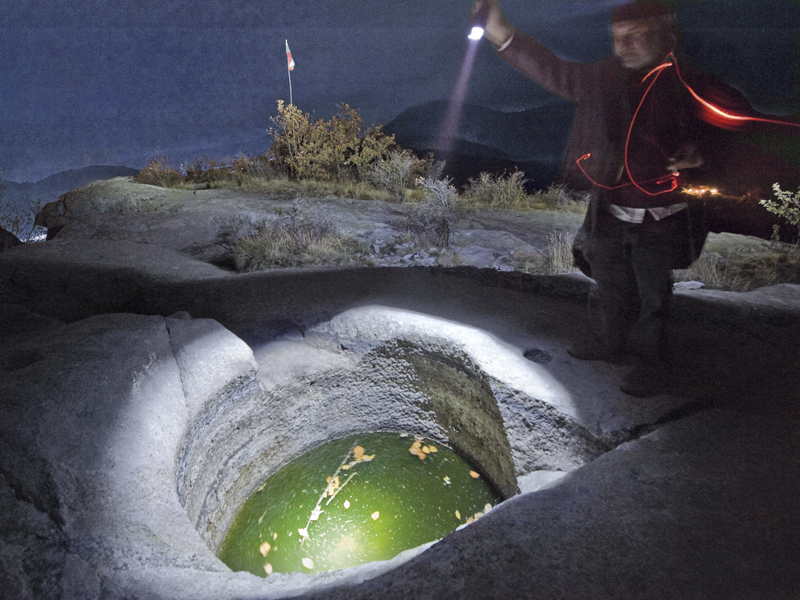 MEGALITHIC BULGARIA
Stonehenge may be far away, but Bulgaria has a rich heritage of megalithic structures, built mainly by the Thracians in the 2nd-1st millennia BC. High Beam has covered many of these, from the famed Tatul and Perperikon, to lesser known sites like the Deaf Rocks shrine. The Megalithic Bulgaria article is the best guide for Thracian history novices, as information on the most astonishing sites is gathered into one place. 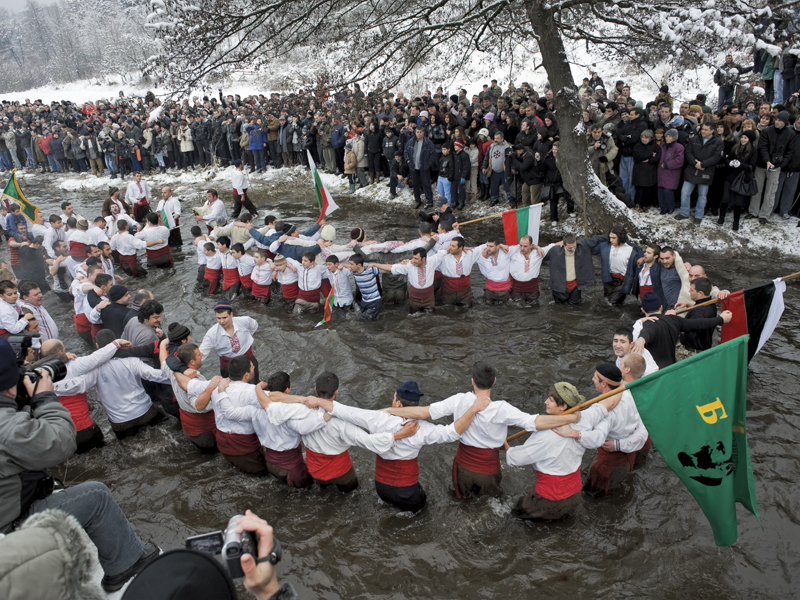 MEN DANCING IN ICY RIVER, KALOFER
Long before there was the ice bucket challenge (does anyone remember that, anyway?), the men of Kalofer used to test their strength and spirit in a more daring way. On the morning of Epiphany, 6 January, they dance the horo in the freezing waters of the Tundzha River. Why? Check our coverage of the event in issue 87/88.

RIBNOVO WEDDING
Few things can compare to the wedding ceremony of the Pomaks who live in the Rhodope village of Ribnovo. A wedding here takes two days, and culminates with the bride's face being painted completely white and covered in sequins, a rite which is as mysterious as it is astonishing to see. 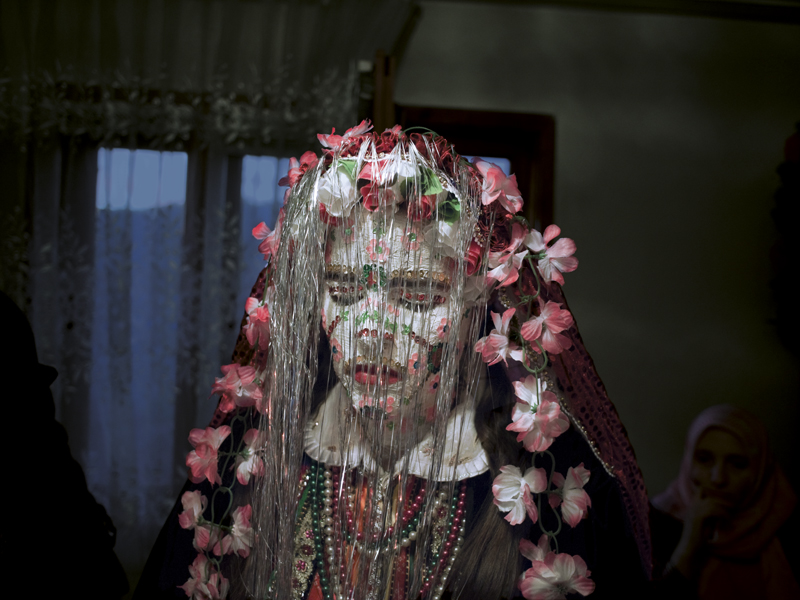 PLOVDIV'S SMALL BASILICA
In 2013, the excavated and restored Small Basilica in Plovdiv appeared on the must-visit tourist map of Bulgaria. Combining careful restoration and modern architecture, the remains of a Late Antiquity church preserve splendid mosaics. The America for Bulgaria Foundation funded this breakthrough project, and the team at Vagabond created www.romanplovdiv.org, a web site which sheds more light on the restoration of the building, and life in Plovdiv under the Romans. 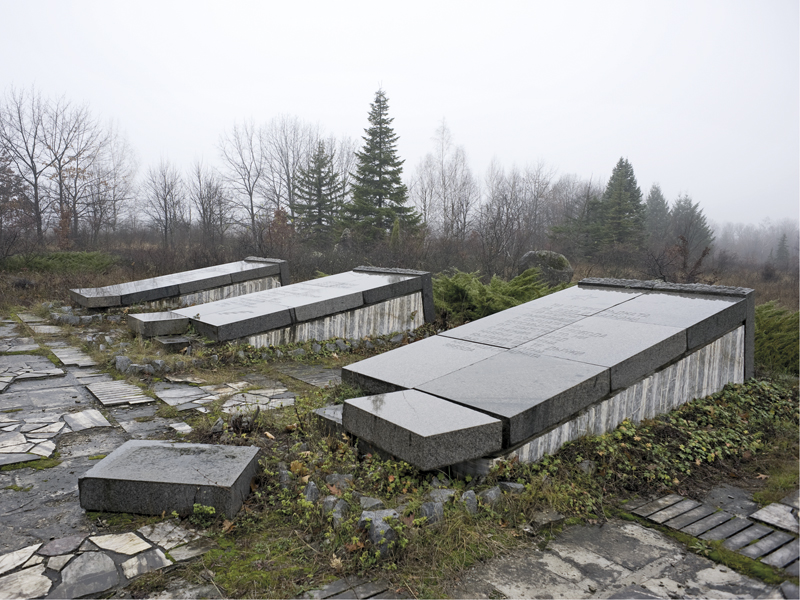 DERELICT BULGARIA
It took us two issues, 69 and 70, to cover one of the most distinctive elements of 21st Century Bulgaria: its modern ruins. Abandoned factories and empty schools, forgotten Communist monuments and dilapidated former military bases, these are all the outcome of ill-conceived Socialist development and a malfunctioning Bulgaria during post-Communism. 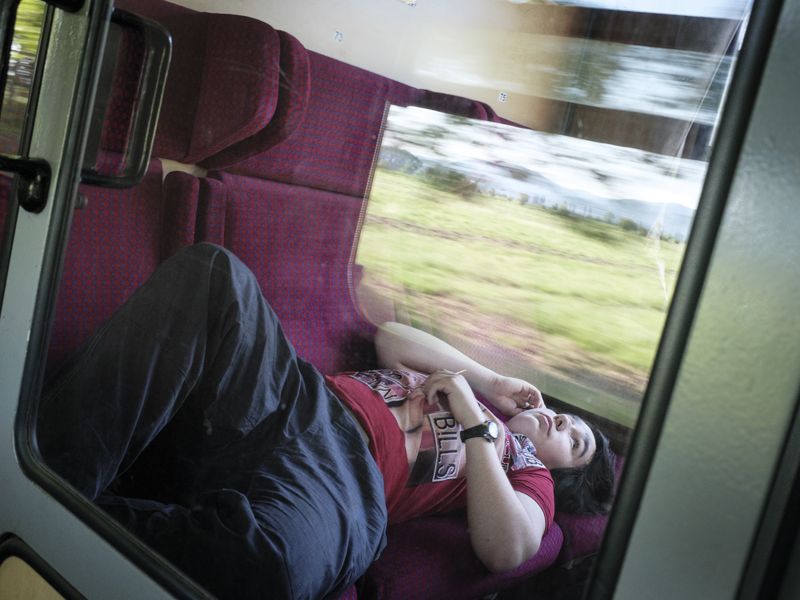 BULGARIA FROM THE WINDOW OF A TRAIN
Taking the train in Bulgaria can be confusing, and the comfort levels can be more on a par with what you see in Albania, but travelling by train could easily become one of your top experiences in the country. The voices of passengers playing cards or talking to friends, pensioners discussing current politics, the rattle of the train wheels and the changing landscapes blend into a journey which you will remember for the rest of your life.

GYPSY BRIDES MARKET
Most people meet their brides at work, drinking in a bar, walking their dogs, and many other occasions quite well known in life. The young men and women of the Gypsy clan of the Kalaydzhii, however, meet their significant others at a special fair. It is called the brides market, but girls are not really sold there, and the bargaining with prospective in-laws is just a remnant of the old times, when the itinerant Kalaydzhii had few chances to congregate and had to organise a special meeting of the community. 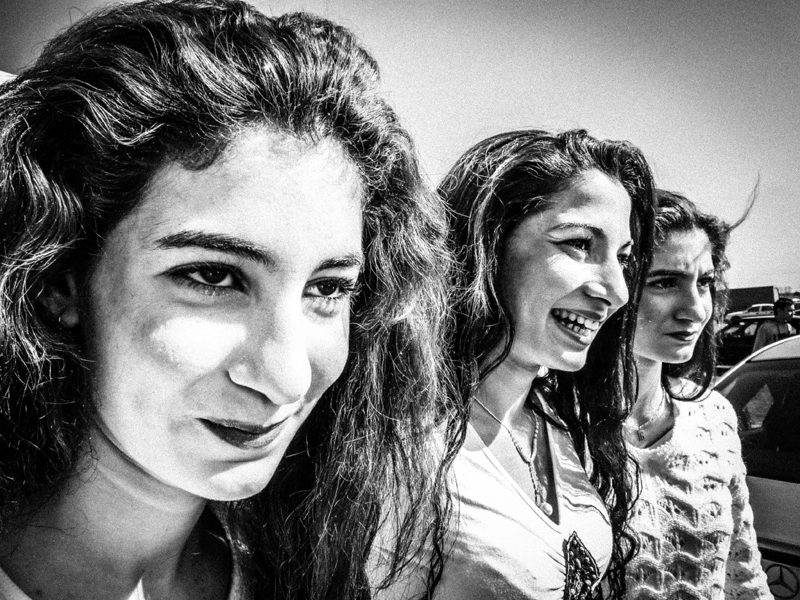 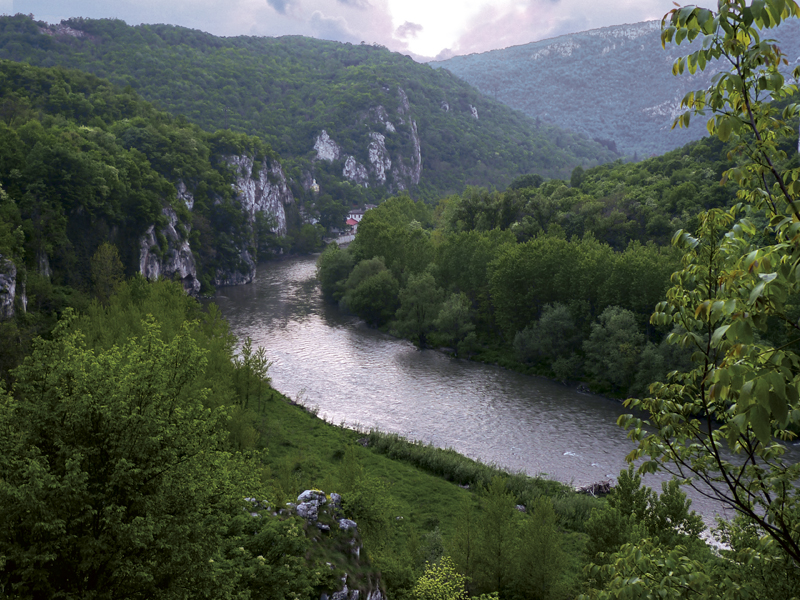 ISKAR GORGE
The longest river running entirely in Bulgarian territory, the Iskar, carves a gorge through the Stara Planina, which blends stupendous scenery with interesting monasteries and some gruesome stories, including that of the British Major Frank Thompson, killed there during the Second World War. Travelling by car along the gorge is more comfortable and gives you the opportunity to stop and explore, but if you feel adventurous enough, take the train. 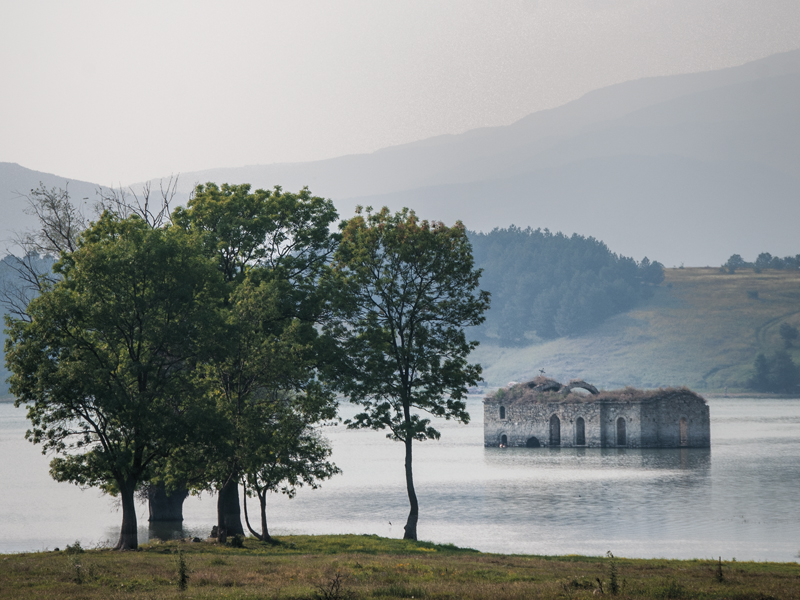 SUNKEN CHURCHES
Socialist Bulgaria needed water for its factories, fields and the cities that were growing to accommodate villagers who had lost their livelihood due to the forced collectivisation of arable land. A number of dams were built, and whole villages were submerged in the process. The remains of some are still poking up above the water, and on the pages of Vagabond's issue 51/52.

TIME FOR RAKIYA
Ever wondered how homemade rakiya, the drink Bulgarians are obsessed with, is made? Our article in issue 83/84 reveals everything you need to know – and some practices you would probably rather not know – about rakiya preparation. Now, close your eyes and answer: what is dzhibri?

IN THE FOOTSTEPS OF LEVSKI AND BOTEV
High Beam devoted two articles to the peregrinations of Bulgaria's most revered revolutionaries, Vasil Levski (1837-1873) and Hristo Botev (1848-1876). They lived on the road, moving from their birthplaces in the fields between the Stara Planina and the Sredna Gora mountains, across the Danube, to Russia, Walachia and Serbia, before dying heroically on Bulgarian soil. 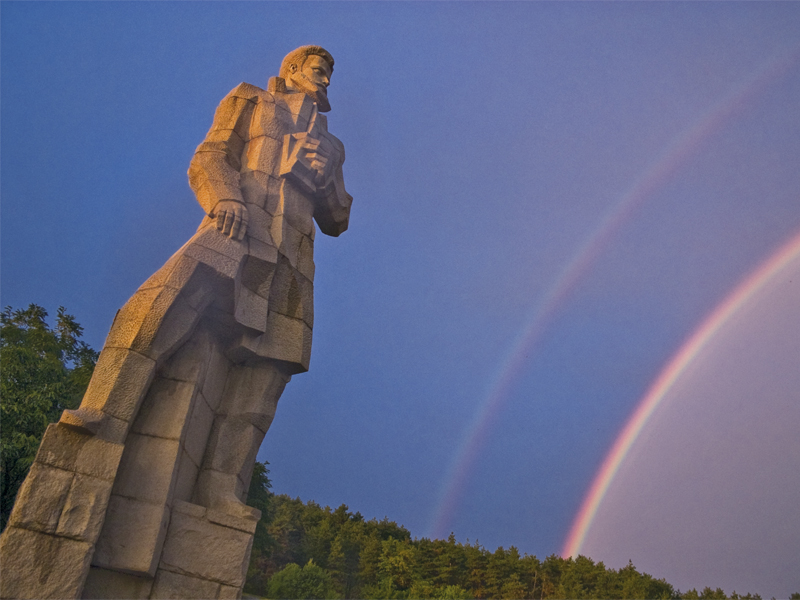