FOR WHOM THE FIREWORKS BLAZE

The crowds gathered in the freezing spring night on the historical hill of Tsarevets, in Veliko Tarnovo, were awaiting Easter. Midnight was approaching, but for the moment it seemed that Easter would never come. On the top of the hill, in front of the church whose silhouette is known to every tourist in this country, a priest was well into a long and tedious sermon on faith, the importance of unification, and a bit of current (meaning 2016) politics, and he showed no signs of being near the end.

The crowd listened politely, but the hundreds of Bulgarians plus a few foreign tourists were not there for the speeches. They were there for the spectacle; the fireworks and the torch procession, the most exhilarating part of a tradition that has attracted scores of revellers since it was established in... 2011.

The tradition of celebrating Easter on top of Tsarevets with torches and fireworks might be new, but it has quickly taken root with its bold, patriotic message. The greatest feast of Eastern Orthodoxy was previously celebrated there for the last time in 1393, when the mediaeval Bulgarian capital of Tarnovo fell to the Ottomans.

The church you see today on top of Trapezitsa hill rises (almost) over the ruins of the cathedral which in the 13th-14th centuries was the seat of the Bulgarian patriarch, and was demolished by the Ottomans. The current building, with its stone-and-brick blind arches and fortress-like belfry, appeared in the 1980s. It was part of the state campaign to celebrate Bulgaria's 1,300th anniversary, which included the construction of dozens of new, patriotic monuments all over the country and the rebuilding, often from scratch, of major historical sites. Tsarevets Hill was the main focus of these activities.

After it was completed, the new-old cathedral on Tsarevets was not consecrated and has remained a "temple monument" even in democratic times, when the Bulgarian Orthodox Church has enjoyed a renewed interest and influence. Why? Because the cathedral's frescoes, by artist Teofan Sokerov, are as far from the church canon as is Das Kapital from the Book of Revelation.

Stylistically, the murals combine Socialist Realism, expressionism, modernism, a bit of Communist surrealism and a nod to Leonardo da Vinci. Thematically, they revel in pity and pathos, retelling the sufferings and achievements of the Bulgarian people in their centuries-long history, ending with an end-of-history message of the triumph of Communism as the ultimate end of social evolution.
Intriguing, well executed and, most importantly, patriotic the murals in the "temple monument" might be, but for believers they are "blasphemy." Hence the 2011 decision to reconcile newly-found religiousness and emboldened patriotism with organising a celebration of Easter on the top of the historical hill, in front of the closed and unconsecrated church.

It has not always gone smoothly. Last year, while the priest was still delivering his never-ending sermon, an unexpected sound broke the silence. Midnight had arrived, with the pealing of the bells in the city churches, where regular services were being held.

Then the fireworks began, filling the sky with light, and the air with the whiff of sulphur.

Firework displays are not traditionally how Eastern Orthodox Bulgarians have celebrated Easter. This tradition exists in some places in Greece, such as Corfu. Bulgarians, however, seem to be adopting the practice. In 2016, fireworks announced the resurrection of Christ from St Aleksandr Nevskiy, Bulgaria's main cathedral, and another "temple monument," causing a short-lived scandal.

Turning the most important feast in Eastern Orthodoxy into a cheap (actually, not that cheap) fireworks show is not so strange in modern Bulgaria. Haunted by their ongoing economic troubles, disappointed by political life, and scared by global events they cannot comprehend, Bulgarians have increasingly been searching for security and consolation in their glorious past, with the help of professional patriots. The more distant the past is, the more glorious it is perceived. When a gap appears in the carefully crafted concept of past and present greatness, like the meagre ruins of once important buildings, or the failure of the Eastern Orthodox Church to connect with the real life troubles of the flock, surrogates appear. Shining new fortresses and churches are built over what is seen as unattractive ruins, ancient rituals and battles are recreated by enthusiasts, and Easter arrives with fireworks and torch processions.

"Our local taxes just blew away on the breeze," one of the guards at the procession mumbled to his colleague, when the last fireworks celebrating the arrival of Easter 2016 died down. Smaller lights appeared on the top of the hill, as the priests started to light candles and torches with Holy Fire, the supposedly divine light that appears in the Church of the Holy Sepulchre in Jerusalem on Holy Thursday, and in the following days is distributed to the Eastern Orthodox world.

This fire was never intended to be used for torches. In the Bulgarian tradition, one only has to carry a burning candle with Easter fire to their home, and make the sign of the cross with the smoke on the upper lintel.

Slowly, a snake of light started sliding down the hill, a snake of people. Some of them looked tired, and others happy that soon they would be somewhere warmer. A few of those with torches wore the rapt expression of someone who believes they are participating in something important, something beyond them and everyone around, something that will resonate through time, into posterity.

When the procession finally left the fortress, it quickly dispersed. Some continued to the scheduled official mass in the city's cathedral. Others were quick to grab the free coloured eggs and sweet Easter bread distributed by the organisers at the entrance of the fortress, and went away, carrying their lights with them. No matter how loud the bells, how patriotic the speech, and how spectacular the fireworks, for most Eastern Orthodox Bulgarians Easter remains the feast when you have several days of bank holidays and can overindulge in coloured eggs, sweet bread and, if you can afford it, lamb. 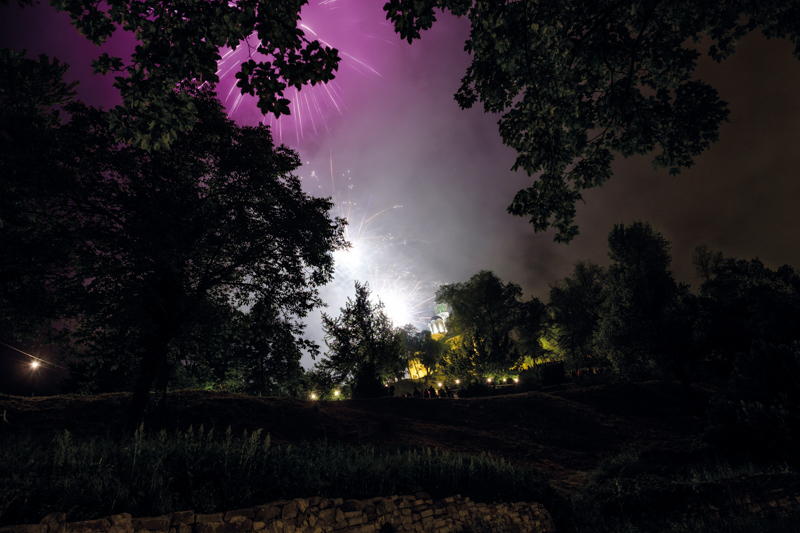 Fireworks are not your typical Bulgarian way to celebrate Easter, but the trend is catching on 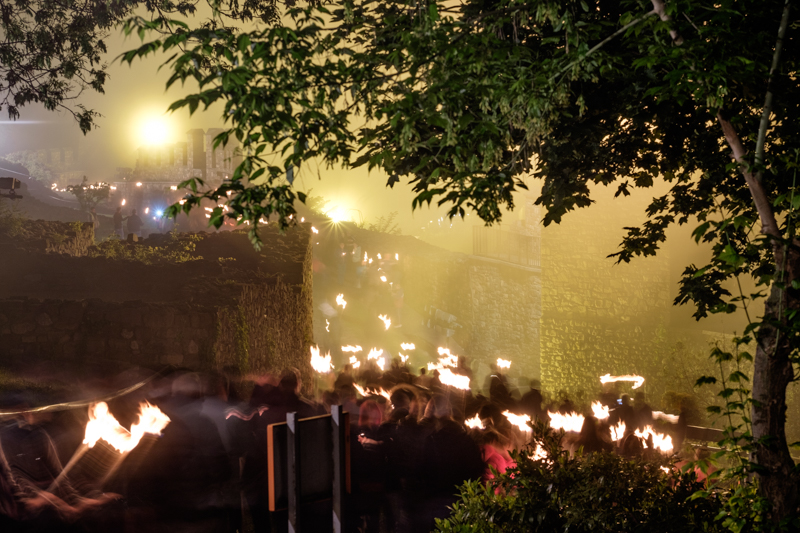 According to the organisers, 250 torches were distributed during the Easter 2016 celebration on Tsarevets 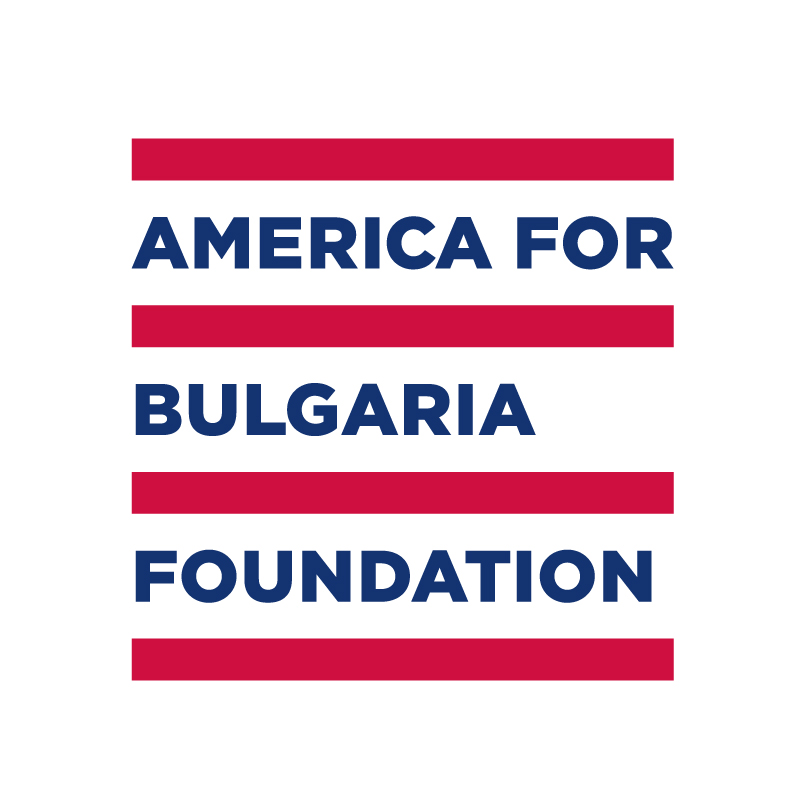