ALL ALONG BYALA REKA

They greet us, take a seat on the round boulders at the edge of the river, slip off their shoes and dip their feet into the cold water. We are halfway along the eco-path, where a wooden bridge crosses the river so that walkers can resume the trail and come full circle to where it started. This is perhaps the only section of the route when Byala Reka is calm. The rest of the nearly two-kilometre-long eco-path passes frothy rapids and deep pools separated by small waterfalls and heart-stopping cliffs.

Tourism in the Kalofer area can be a challenging affair, especially for those who lack trekking skills. The walk from the Panitsite area, near Kalofer, to the 124.5-metre-high Rayskoto Praskalo, or Paradise Sprinkler, the highest waterfall in the Balkans, takes four to five hours. From there the climb up Botev Vrah, or Mount Botev (2,367 m), Stara Planina's highest summit, takes a further two hours.

If you're one of those people who for one reason or another are not able to make the longer trek, it doesn't mean that during your visit to the birthplace of poet and revolutionary Hristo Botev (1848–76), you'll be stuck in Kalofer. 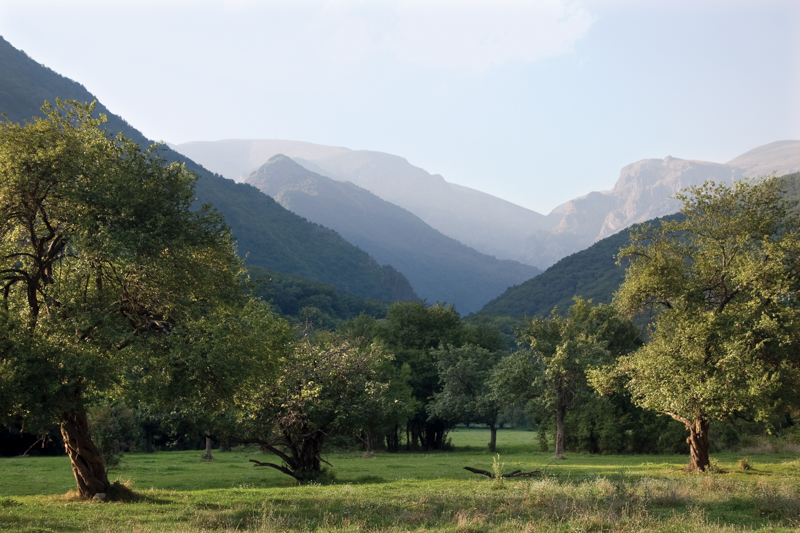 For the inexperienced and unprepared tourists who have decided to taste the fresh air of the Central Balkan National Park, the solution is the Byala Reka Eco-Path.

Byala Reka rises in the high-mountain area of Ravnets and initially flows through spell-binding canyons in the Yuzhen Dzhendem, or South Dzhendem, reserve, but farther downstream, the river banks become "tame" enough to have allowed the construction of the wooden bridges and railings of the eco-path. Barring a few steep climbs, this walk is not difficult, and there are rewards.

For most tourists it offers views of the Stara Planina's wild slopes and the river rapids. Here and there, information signs explain about the plants and animals in the area. The trek can be made more challenging, if you wish: on hot days there are Kaloferians at the pools who enjoy plunging into the ice-cold water, thus proving their proverbial reputation for derring-do.

No trip along the eco-path would be complete without a visit to the Birth of the Virgin Monastery, located near the start of the route.

Over the course of its 400-year history, this monastery was periodically destroyed, and the current church and the buildings near it were built in the 1880s. In the quiet flower-filled yard the graves of long-dead Kaloferians create an atmosphere for reflection. 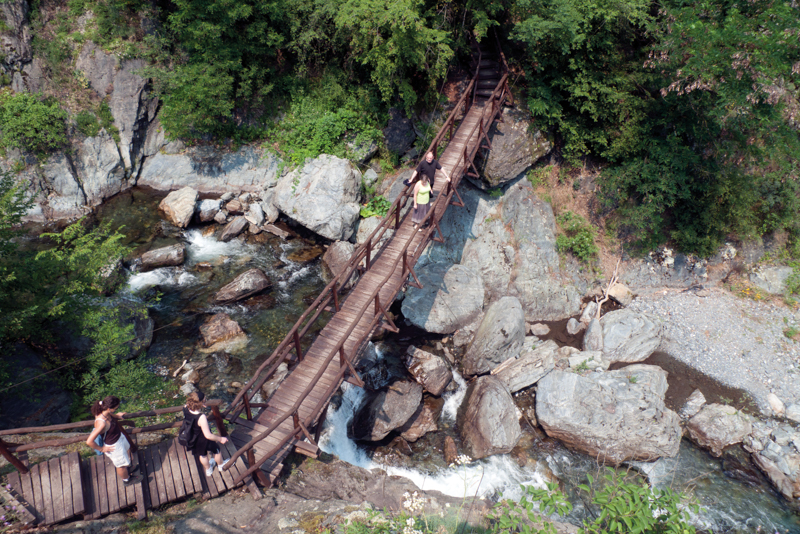 However, nothing in Kalofer or its surroundings can stay quiet and peaceful for long. Once you are outside the monastery and pausing under the deep shade of a centuries-old tree with a fountain warbling at its feet, you're bound to hear far-away voices. These are Kaloferians and their friends who have pitched their tents along the river and are enjoying their leisure in the water and at impromptu tables on which abundant food and strong local Rakiya are piled. All in all, the pleasures that a trip along Byala Reka offers are many and varied.

In Bulgarian, Byala Reka means White River. When you walk along it, you see why 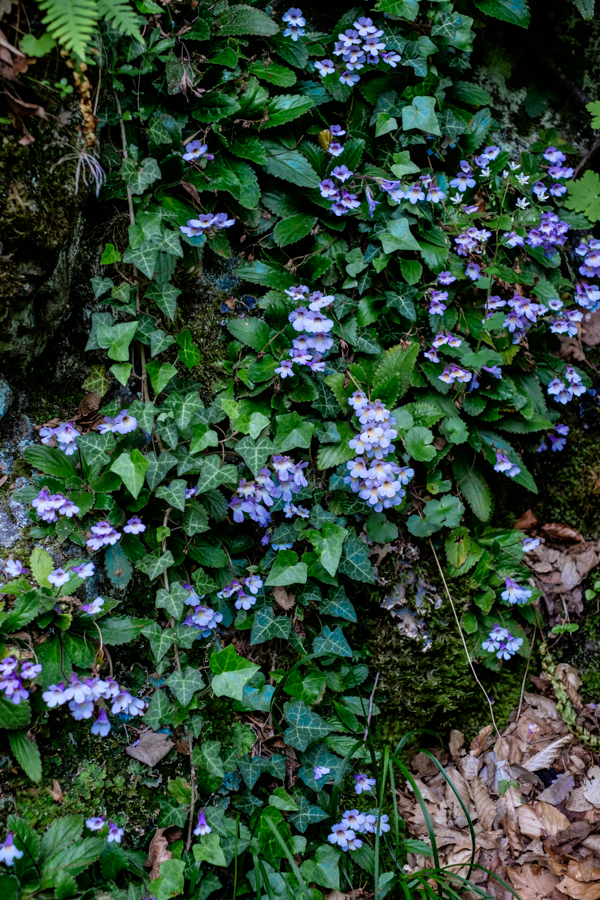 Haberlea rhodopensis is an endemic plant with impressive abilities to revive after years in a dried state. In spite of claims that it grows only in the Rhodope, where it is usually associated with Orpheus and his blood, it thrives around the Byala Reka eco path, too. In this region it is called Immortal Flower

Know your forest birds: an educational sign teaches visitors about the area's biodiversity