Against current backdrop of fresh concrete, decaying pre-fab housing estates it's hard to imagine Burgas used to be quiet, yet urbane

Sometimes it pays not to have a very long history. Despite some claims that Bulgaria's largest city on the southern Black Sea coast is ancient (related in some way to Troy, I was told recently), most would agree that Burgas is quite new.

The first poverty-driven settlers came here at the end of the 19th century, only to find themselves in a swampy, malaria-infested area fit for little save for fishing. Burgas began as a maze of squalid streets, randomly built harbour warehouses and tumbledown buildings. It took 13 years to approve the first town plan with its 289 small neighbourhoods and seven parks.

Burgas did develop, however – faster than most other Bulgarian cities, including the then new capital Sofia.

This happened largely thanks to the determination and zeal of its vibrant and at times extremely multicultural community. Bulgarians, Turks, Greeks, Russians, Armenians, Jews, Walachians and many others used to live side by side in a truly cosmopolitan city. They were driven by capitalism, industrialisation and their desire to make money – a little Brooklyn unseen anywhere in the Balkans at the time except Salonika.

Looking at The City of Burgas Jubilee Book 1878-1928, I am surprised to find out that the city was top notch at the time. Its harbour was large, and its traffic accounted for a third of the Bulgarian Kingdom's foreign trade. At least a dozen dailies were published in Burgas, and there were Belgian, British, Dutch, Finnish, German, Greek, Hungarian, Italian, Norwegian, Romanian, Spanish, Swedish and Turkish consulates.

A court report from the 1920s provides evidence of the port city's cosmopolitanism. "In a case brought before the Burgas District Court, the accused were represented by Bulgarian, Armenian, and Greek solicitors. The plaintiff was Russian, and the prosecutor was Czech, a Mr Mracek. The Bulgarian pleaded in his tongue, the Armenian used Turkish, and the Greek spoke in Greek. The wronged Russian gentleman spoke in Russian, while the prosecutor, who spoke none of these languages at the beginning of his appointment, elected to plead in French. Fluent in all five tongues concerned, Judge Petar Uvaliev responded to each party in the tongue of their choice."

The outcome of this case has been lost in the mists of time, yet it illustrates that Burgas was probably Bulgaria's most dynamic city at the time. A great many of its citizens were fluent in French due to the forceful marketing of the Pension Française, and the city displayed all signs of having adopted Mediterranean culture as its own. The surrounding lakes echoed to the growth of industry such as the Italian South would not see for at least five more decades, and commerce boomed.

When the Communists came to power on 9 September 1944, Burgas was a flourishing European town. That is when things rapidly took another turn. Seized by an envy born of deprivation, the new rulers set about with megalomaniacal fanaticism, turning Burgas into "a showpiece Socialist community." Translated into everyday language, this meant declaring war on heritage, ringing the city with a forest of multi-storey pre-fab living estates, and developing heavy industry that spread environmental malaise through the entire bay.

Multiculturalism slowly came to an end. Most of the Jews emigrated to Israel, most of the Turks went to Turkey, most of the Greeks resettled in Greece.

The madness reached its peak in the 1970s and 1980s, when a Communist mayor destroyed the historic Town Hall with… an army tank. Fearing intervention from the National Institute of Culture Monuments in Sofia, he ordered the tank to demolish the magnificent fin-de-siècle edifice under cover of darkness… A similar fate befell Burgas' covered wholesale market.

Several streets around the Maritime Gardens were also destroyed to make room for a thoroughfare. Burgas at the beginning of the 21st century bears little resemblance to what it was in the preceding several decades. It is, however, experiencing a new influx of immigrants – not Greeks or Jews this time around, but people from the Bulgarian hinterland who are attracted by the city's go-getter spirit and who come here in search of better work and wages. And, yes, Russians. 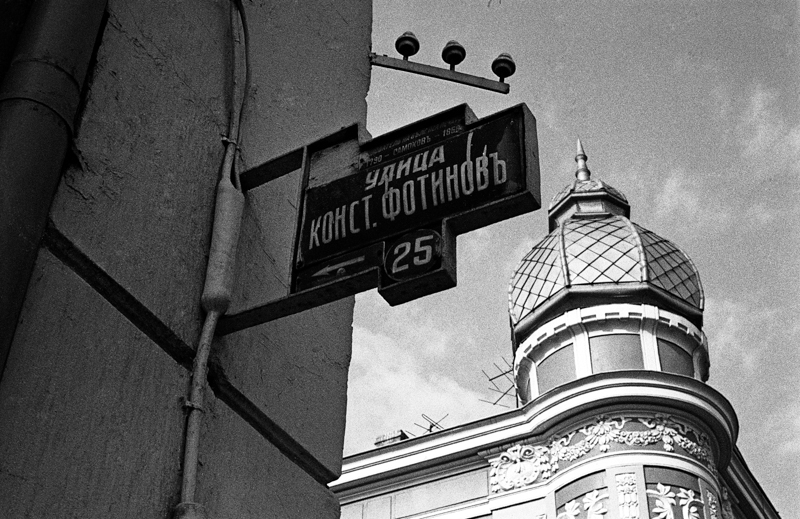 Much of what remains of Old Burgas was designed by an Italian architect, Ricardo Toscani, who was commissioned to do a few buildings but liked the place so much that he married his maid and stayed. Stroll along the streets near the Maritime Gardens and you will see the beautiful Italianate houses. Wonder why they are running to seed? Under Communism, the authorities expropriated them. Their legitimate owners were either evicted or driven into a single room, while "working-class" families took over the rest of the buildings. Since the 1990s some of these houses have been restituted, but many haven't: legal disputes between heirs or lack of heirs altogether have left them in their present crumbling state. Sadly, it may only be a matter of time before some entrepreneur tears them down to make room for a shopping centre that the new Burgazlii seem to be so fond of.

The completion of the Burgas-Sofia railway line played a large role in the development of the Port of Burgas.

The railway station was designed by architects Kiril Marichkov and his associate Nikola Kostov. It was inaugurated on 27 August 1929. The two-storey building occupied an area of 2,088 sq m, or 22,475 sq ft, and boasted two principal façades – to the east and the north – as well as a tower with four clocks. The station, a combination of modernism, baroque and Sezession elements, and especially its restaurant became a favourite with Burgazli who'd walk there "to meet the train from Sofia". Poet Hristo Fotev extolled it in a poem.

I’m grateful to your old, but
Kind and good train station!
The last – almost – salvation
In the time of winter gloom. 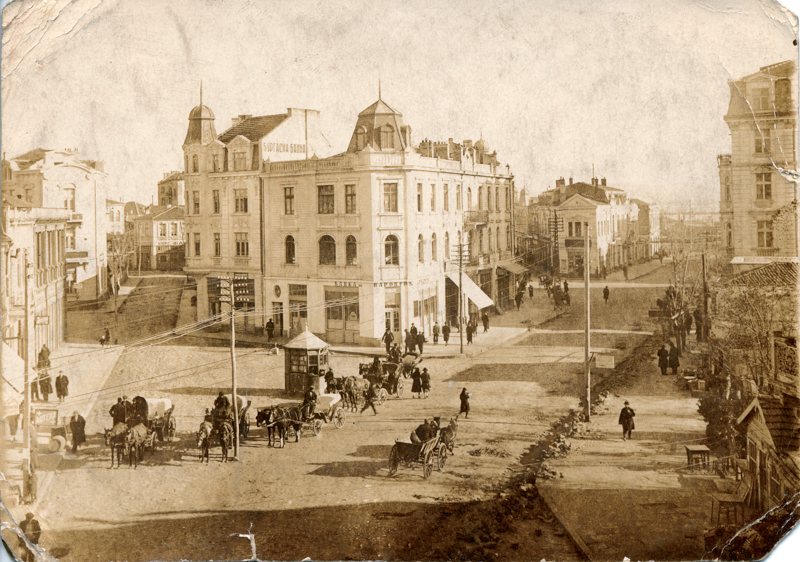 Burgas’ main street, Aleksandrovska, was named “First of May” for over 40 years. Many Burgazlii still remember the eponymous tripe-soup eatery, now a MacDonald’s. The building in the centre of this picture still stands to the right of Interhotel Bulgaria 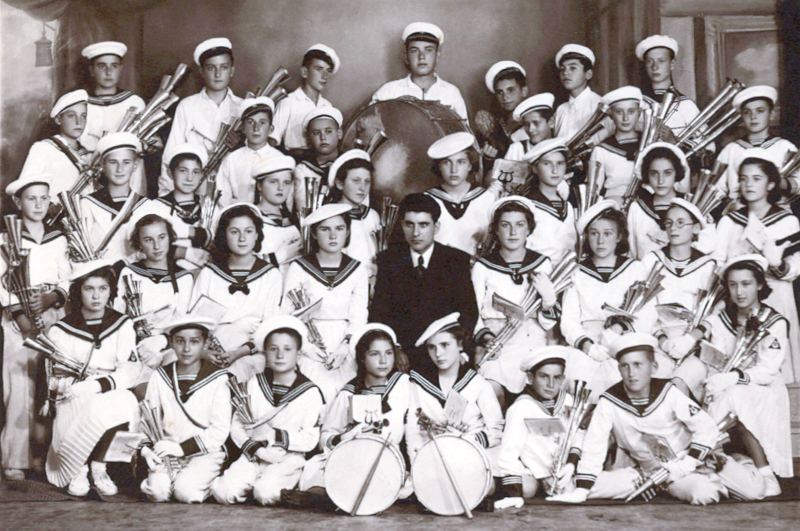 The Turkish, French and Russian consuls with Burgas friends, 1907 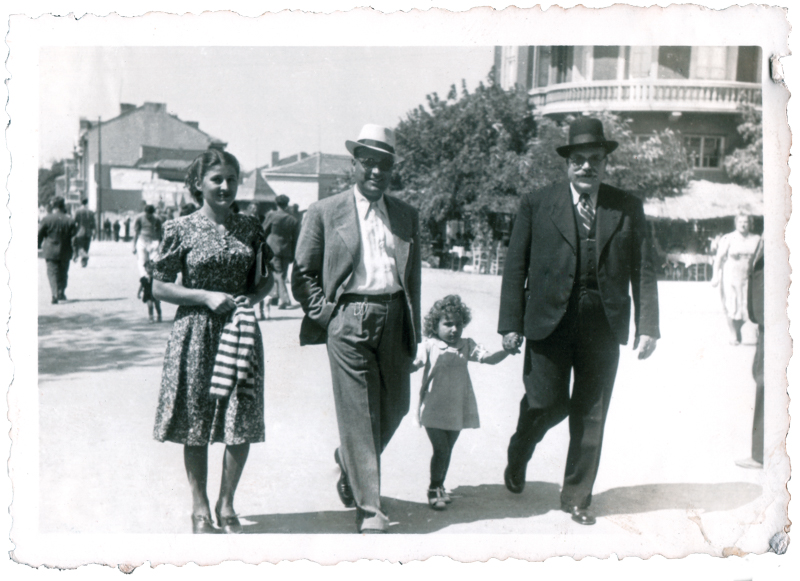 One of the oldest, and still existing, Burgas restaurants is Zlatna Kotva, or Golden Anchor, on Bogoridi Street. It is at the top of Burgas’ popular promenade, just outside the main entrance of the Maritime Garden 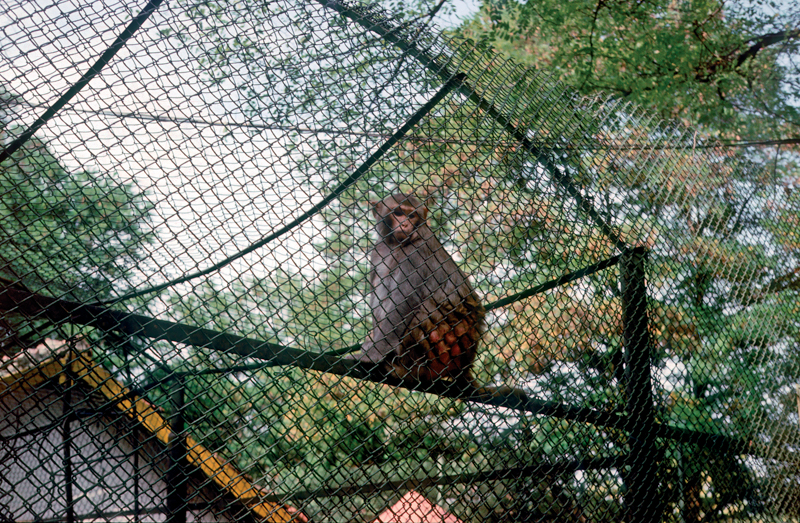 The Burgas Maritime Garden used to have a small zoo, just behind and to the right of the Pushkin Monument, where Pesho the Monkey entertained hundreds of Burgas kids. It was demolished in the late 1970s 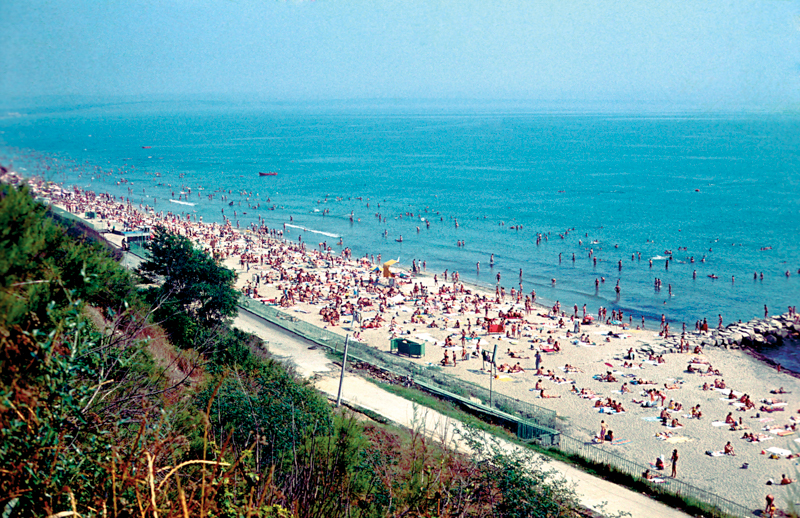 Burgas has two unjustly underrated beaches – northern and southern, referred to by Burgazlii as Old and New

A favourite hangout for artists, poets and sailors, the Cuba Café on the corner of Milin Kamak and Aleksandrovska is now a toiletries shop 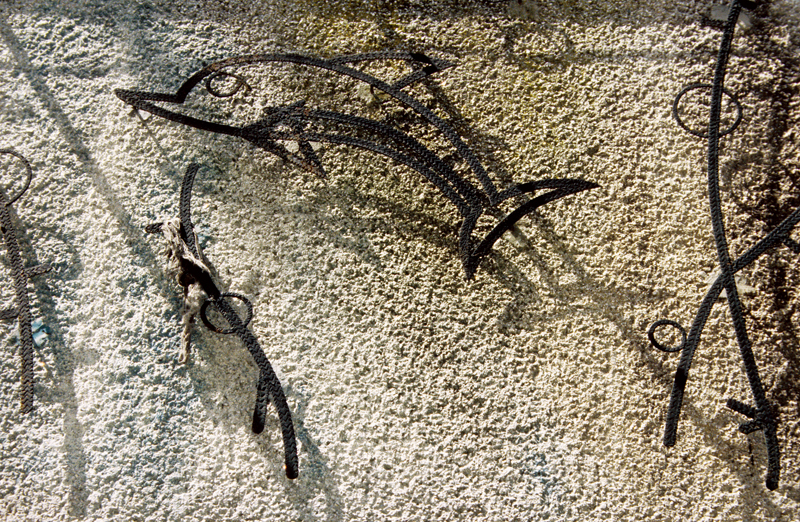 Morski Valni, or Sea Waves, restaurant at the corner of Aleksandrovska and Han Krum Streets was a cult seafood eatery for generations of Burgazli 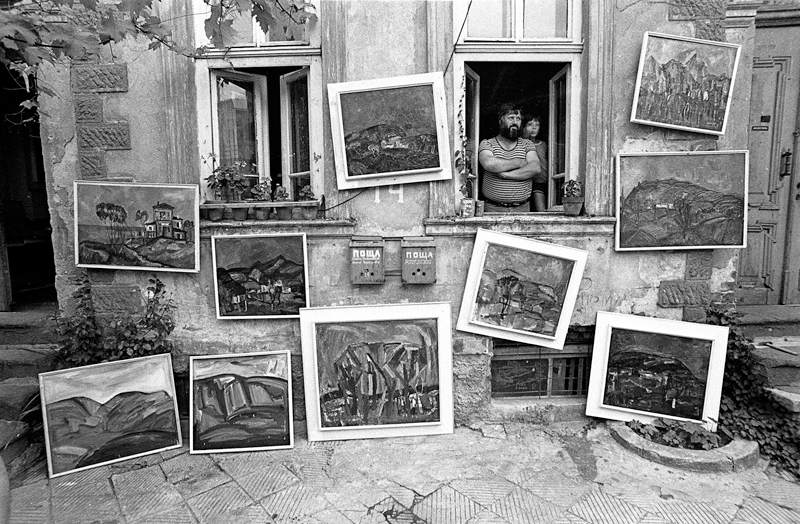 Painter Slavi Kozhuharov used to live in this beautiful Burgas house on Rayna Knyaginya Street, just off Bogoridi. The house was demolished in 2007 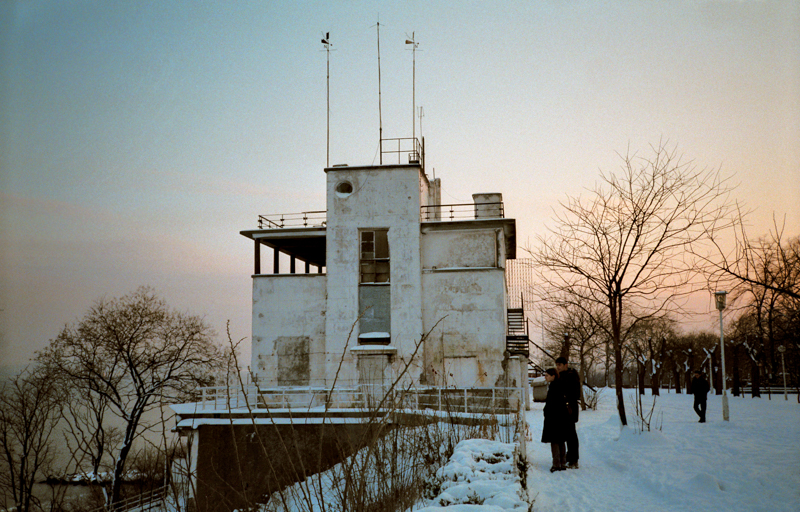 Before 1944, Burgas’ casino was perhaps the trendiest such establishment in Bulgaria. After the Communists outlawed gambling, it was used as an increasingly rundown restaurant. For over 20 years now it has remained empty – and falling to pieces – at the seafront viewpoint of the Maritime Gardens