As many as 894 stairs lead to the Freedom Monument on Shipka. If you want it to go the easy way, there is also a paved road up to the peak

For the modern traveller, the Stara Planina is probably Bulgaria's greatest geographical obstacle: a massive mountain range, crossed by narrow passes which are slow, full of bends, and often closed in winter. In the past, however, the Stara Planina was an effective natural protection against enemies. One of its major passes, by the 1,326-metre Shipka Peak, is one of the best examples.

The defence of the Shipka Pass was one of the crucial points in the 1877-1878 Russo-Turkish war, the conflict which eventually led to Bulgarian independence. Here, between July and December 1877, the outnumbered Russian soldiers and Bulgarian volunteers faced up to the Ottoman forces.

The conflict is little known outside Bulgaria, but it is at the very pith of what contemporary Bulgarians consider a source of both national pride and love for Russia.

What really happened? The Russians crossed the Danube at the end of June 1877 at Svishtov, outsmarting the Ottomans, who were expecting a landing farther east. The Russians then marched south, besieging Pleven, and pushing through the Stara Planina with the aim of reaching the Thracian Plain. From there, the advance towards Constantinople should have been easy.

The Ottomans, however, did not allow this to happen, and blocked the mountain passes.

The two sides clashed at Shipka in July. A small detachment of 5,000 Russians and Bulgarian volunteers, led by General Iosif Gurko, captured the peak and the pass. They faced 30,000 Ottomans, led by General Süleyman Pasha, trying to cross to the north, in a bid to relieve Pleven, join up with the forces which were trapped in the northeast, and ultimately win the war. 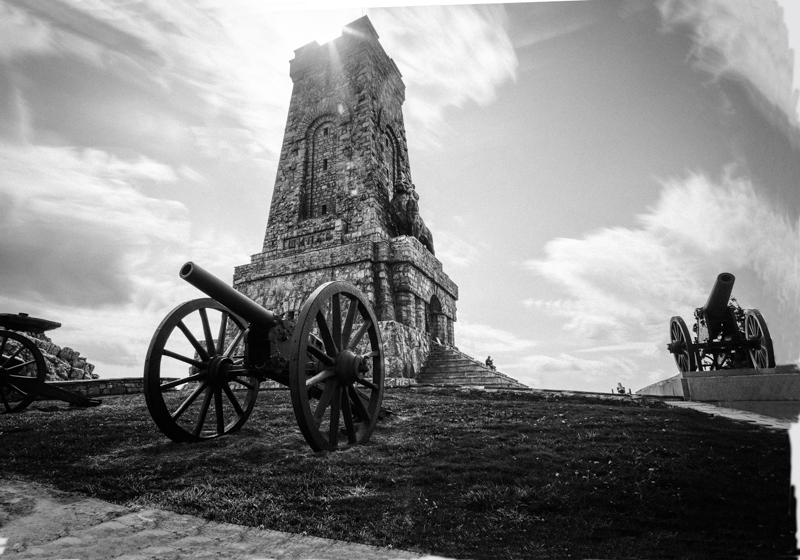 The Freedom Monument is instantly recognisable for any Bulgarian, and both the government and private companies have used it for their means. It was on the one-lev banknotes of Communist Bulgaria, and now it can be seen on both souvenirs and goods, including a brand of toilet paper

Outnumbered as they were, the defenders stood their ground. The clashes between the two sides peaked in August, when the slightly increased defenders (5,500 Bulgarians and 2,000 Russians), led by General Nikolai Stoletov, faced 38,000 enemy troops. The defenders also suffered from water and munition shortages; when the Bulgarians run out of bullets at the height of the battles, they hurled rocks, tree trunks and even the bodies of their dead comrades at their attackers. The August clashes were followed by the final Ottoman attempt to take the peak, in September. Following this, the defenders finally got reinforcements, reaching 66,000 men (against 40,000 Ottomans), and the so-called Shipka Waiting began. The two sides held their positions and stalled, even when a harsh winter befell them, claiming the health and the lives of hundreds.

In December Pleven surrendered, and the Russian armies headed towards Sofia. At the end of the month, the defenders of Shipka attacked the Ottomans, and won. Two months later, on 3 March 1878, an armistice was signed between the two empires. The war was over.

During the battles for the Shipka Pass, about 13,500 defenders (who included Russians, Bulgarians, Ukrainians, Poles, Finns) were killed or wounded. The victims on the Ottoman side included 24,000 killed or wounded, and 36,000 captured.

The defence of the Shipka Pass quickly became a foundation stone in the Bulgarian national consciousness, and for a reason. It was an epic encounter, a David against Goliath type of clash – and Bulgarian men played a crucial role in it. The Opalchentsi, or Bulgarian volunteers, were a force of 10,000 men attached to the Russian army during the war, serving under Russian officers. Initially, the Russian military was sceptical about the Bulgarians' capabilities, as their enthusiasm outshone their military expertise. However, their bravery proved crucial for the successful defence of the Shipka Pass and demonstrated that the Bulgarians were more than passive victims of Ottoman cruelty waiting for the Russians to liberate them. The Opalchentsi had actively fought for Bulgaria's liberty, and had prevailed against all odds. 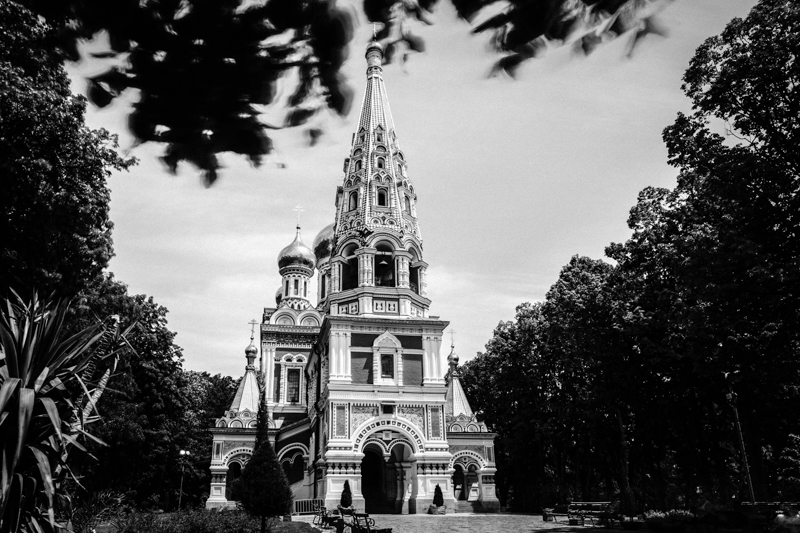 Soon after the battles for the Shipka Pass, the Opchentsi at Shipka entered national lore. Poet Ivan Vazov penned an ode, "The Opalchentsi on the Shipka", where he compared their bravery and sacrifice to that of the 300 Spartans at the Thermopylae Pass. Dimitar Gyudzhenov, an artist who specialised in historical paintings, created A Battle for Shipka. Both pieces focused on the moment when defenders, in their desperate aim to push back the attackers, used as weapons whatever was around. Both the painting and the poem are a regular feature in text books. Bulgarian children also have to learn the long ode by heart, although few adults remember more than the most significant lines.

The reverence, however, sometimes turns to kitsch. In 2007, during President Georgi Parvanov's official reception for 3 March, Bulgaria's national holiday, a cake replica of A Battle for Shipka – with dead bodies and all – was served.
The first monuments to the defenders of the Shipka Pass appeared as soon as the war was over. They were humble and were erected at the sites of particularly fierce clashes.

In 1920, the surviving Opalchentsi decided that a larger, unifying monument to freedom should be erected on Shipka Peak. A nation-wide fundraising campaign began. The first stone of the monument was laid in 1922, and construction ended in 1930. Thousands, King Boris III included, attended the official inauguration in 1934.

The Shipka Monument is still there, a 31.5-metre stone pyramid with a massive bronze lion: one of the most recognisable sights in Bulgaria. A marble sarcophagus in the monument preserves the remains of some Bulgarian and Russian soldiers. The floors above are used as an exhibition area. 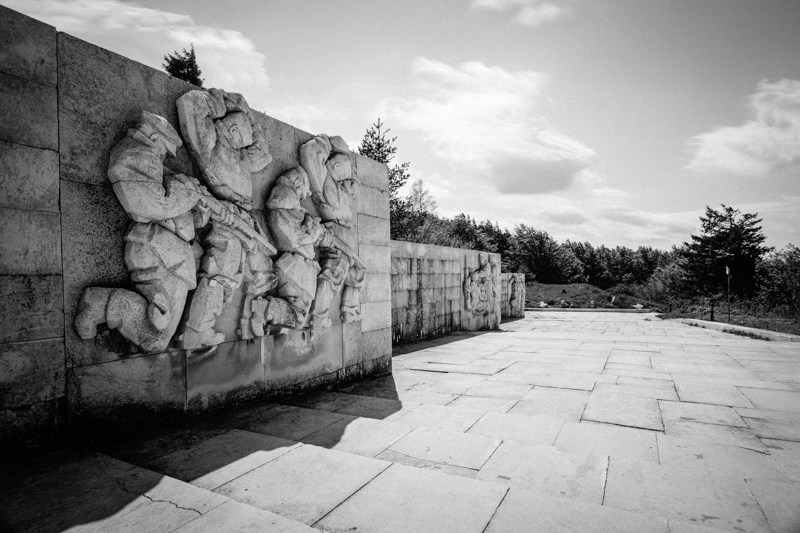 The stairs, with reliefs added for propaganda effect during Communism

The complex was enlarged under Communism. Reliefs and poems were added, promoting the perceived continuity between the Russian Imperial Army, which liberated Bulgaria from the Ottomans, and the Red Army, who entered Bulgaria in 1944, prompting the Communist coup.

The Shipka Monument is the centre of commemorative events, historical reenactment shows included, on 3 March and on 25-26 August, the day of the fiercest battle. Bulgarian politicians are a regular feature at these gatherings, and in 2003 Russian president Vladimir Putin attended.

The memorials on and around the main peak cover several localities and 120 hectares, and number 26 monuments, as well as restored artillery batteries and positions, and huts used by the defenders.

Another monument to those who died in the defence of the pass is a monastery by Shipka village, south of the pass. It was built on the cusp of the 20th century, with Russian and Bulgarian donations, and is the final resting place for about 9,000 men who died in the 1877-1878 war. Its beautiful, Russian-style church was consecrated in 1902. Until 1934, the monastery was a Russian property. Stalin gave it to the Bulgarians on condition that… no Russian emigre would be allowed to sit on its board. 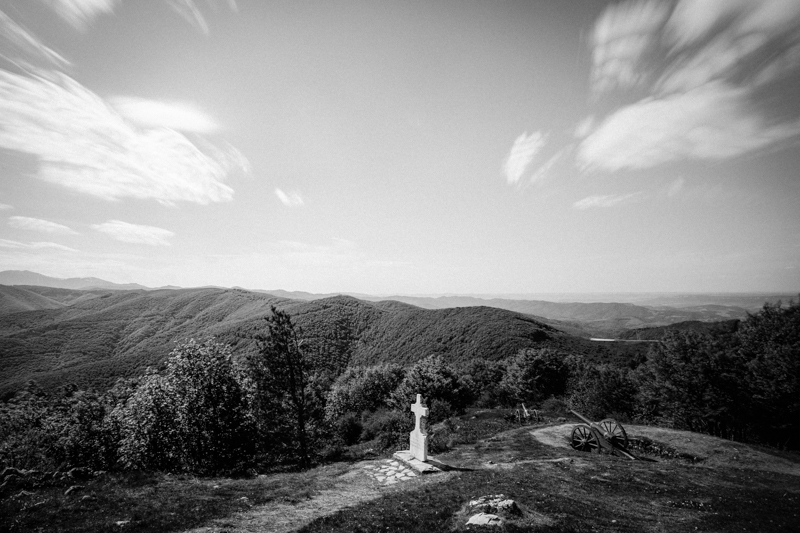 A number of smaller memorials dot the area around the Shipka Peak. They are dedicated to different regiments or defence positions