The restored ruins of the Great Basilica in Pliska. "Restoration" is ongoing with plans for complete rebuilding

If power and economy were gravity, the gravitational centre of modern Bulgaria would be Sofia, where the population and the important agencies of the state, the economy and the culture are concentrated. If we go back to the Middle Ages, when Bulgaria was still young, the country's centre of gravity would be elsewhere – in the northeast, close to the city of Shumen. There, the remains of Bulgaria's first capitals, Pliska and Preslav, still survive – next to an astonishing piece of mediaeval art, the Madara Horseman.

Bulgaria appeared in the late 7th century when the so-called proto-Bulgarians, led by Khan Asparuh, crossed the Danube. After a decisive battle with the Byzantines, he created a loose union with the Slavs and the Thracians who inhabited what is now Bulgaria's northeast. The region was perfect for the new nation. It was fertile, pleasantly flat for the horse-riding proto-Bulgarians and protected by the Stara Planina Mountain.

As the centuries passed, Bulgaria's fate oscillated between territorial gains under talented rulers, and defeat and stagnation caused by cunning Byzantine politics and the internal strife in the early Bulgarian aristocracy. Monumental events came and went, changing history forever, like the adoption of Christianity in the 860s and the arrival of the disciples of Cyril and Methodius, the creators of the Slavic alphabet.

In the early 11th century, Bulgaria fell to the Byzantines. For most of the time of its existence, the northwest remained the centre of power, economy and culture, and the seat of rulers.

Pliska was the first capital of the nation. Founded by Khan Asparuh, it covers an area of 5,683 acres. Protected by a rampart and a moat, it had an outer and an inner city, and a citadel. The size of the place indicates the need of the early Bulgarians, who were nomads, for enough space for their horses and their portable tents. The khan and his family lived in a wooden palace. After it was burned in 811 during a vicious sage by Byzantine Emperor Nikephoros, Khan Krum built a grand stone palace.

In 863, Pliska found itself at the centre of an historical event that still defines modern Bulgarians. Prince Boris adopted Christianity, forcing all of his people to follow suit. A grand basilica, thought to be the largest in the Balkans at that time, was built and soon the students of Cyril and Methodius were warmly welcomed in Pliska. The capital became the centre of the new Bulgarian culture. 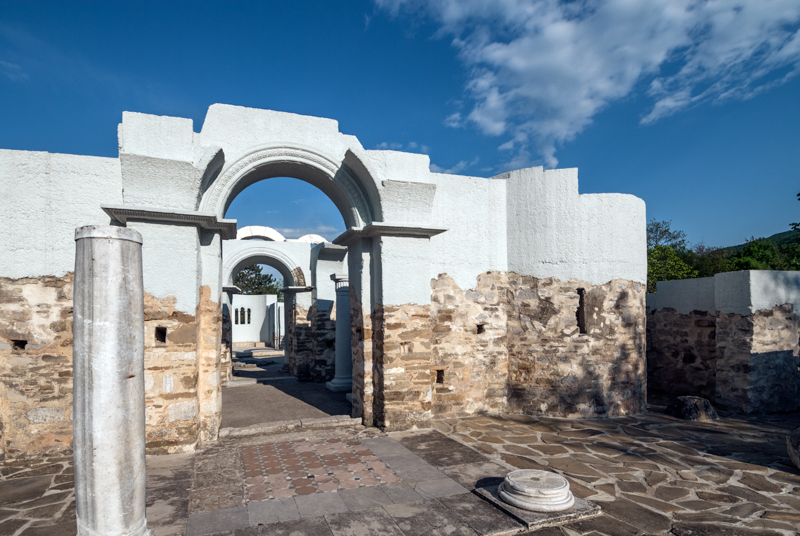 There was, however, a backlash. Boris's successor went back to paganism, which forced the retired prince to leave his monastery and summon a council. Held in 893, the council took some important decisions. The erring prince was deposed and his young brother, the Byzantine-educated Simeon, took the throne. Bulgarian replaced Greek in the liturgy and Bulgarian priests, instead of Greek ones, were from now on to serve in local churches. Pliska would be the capital no more. With a view to breaking with the pagan past, a new city was chosen for this role, nearby Preslav.

Preslav was a beautiful city, as contemporary chronicles and the remains on site show, but it was significantly smaller than Pliska. Understandably so: the Bulgarians have settled down and now needed less space. The ambitious Simeon waged a number of successful military campaigns, enlarging Bulgaria to borders that are now the dream of modern nationalists, and spent lavishly on his capital. Exquisite churches were built and monasteries proliferated. Simeon's wars and the Golden Age, however, exhausted Bulgaria's finances. After a long period of decline, Preslav was sacked twice, by the Russians in 970 and the Byzantines in 971. A conflict had begun that lasted for decades and ended in 1018.

Pliska and Preslav survived the destruction of Bulgaria's independence, and remained lively urban centres until the 12th-13h centuries. They, however, never reclaimed their glory, and after they were finally abandoned, they were forgotten. In the 1860s, their ruins were plundered for materials to construct the Ruse-Varna railway line. It was only in the early 20th century that researchers identified them as the locations where the first Bulgarian capitals used to be.

Today, both sites are on the tourist map – and here comes the problem.

In both cities, the remaining ruins are hardly a representation of the glory of the past. For the sake of making them more interesting and "inspiring" to modern tourists, reconstructions were built in the final years of Communism, when the fortifications and the Grand Basilica and the fortress of Pliska and the Golden Church of Preslav were reconstructed. 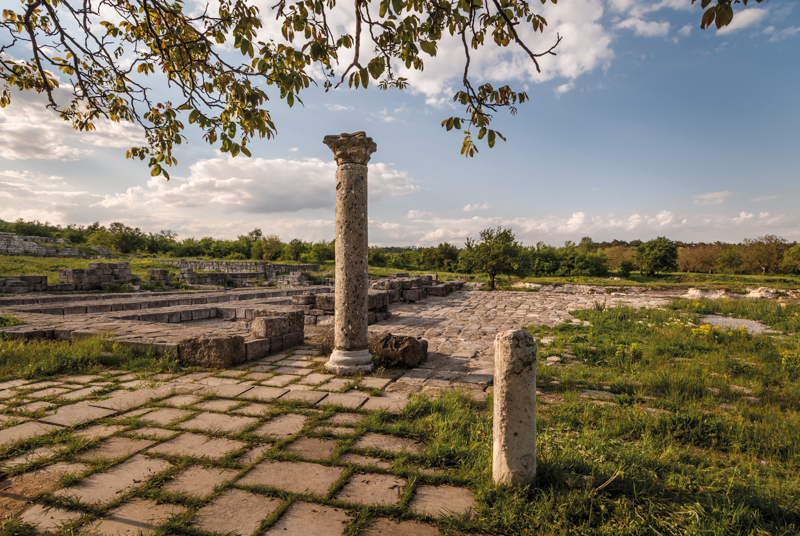 In the 2000s, with its raging nationalism and the craze for constructing new ruins, things got worse. The concrete walls of the reconstructed Golden Church were painted yellow and King Simeon the Great was honoured with a marble plaque that looks just like the tombstone of a mafia boss. A "miraculous" spring was found beside Pliska's Grand Basilica and the complete reconstruction of the church is now underway, although no one has any idea what it had looked like in the first place.

Still, a trip to the first Bulgarian capitals is a rewarding experience. This part of Bulgaria is beautiful in a subtle way, a mosaic of lush plains, meandering rivers, hills and rocky plateaus. Spread over the plains, Pliska will awe you with its sheer size, when you realise that you are driving, and driving, and still driving through the outer parts of a mediaeval city. Preslav's charm is different: tucked amid lush hills, it is the perfect combination of a green park and an archaeological site.

Then, there is the Madara Horseman. Considered to be the biggest mediaeval relief in Europe, he still chases a lion, followed by his dog, on the rocks of the Madara Plateau. He is worn thin by time, but is still mesmerising. When and why exactly the rider was created is a matter of debate, but the most common explanation is that it is a representation of Khan Tervel. Around the horse, several inscriptions retell the deeds of khans Tervel, Krum and Omurtag, some of the men who laid the foundations of Bulgaria. 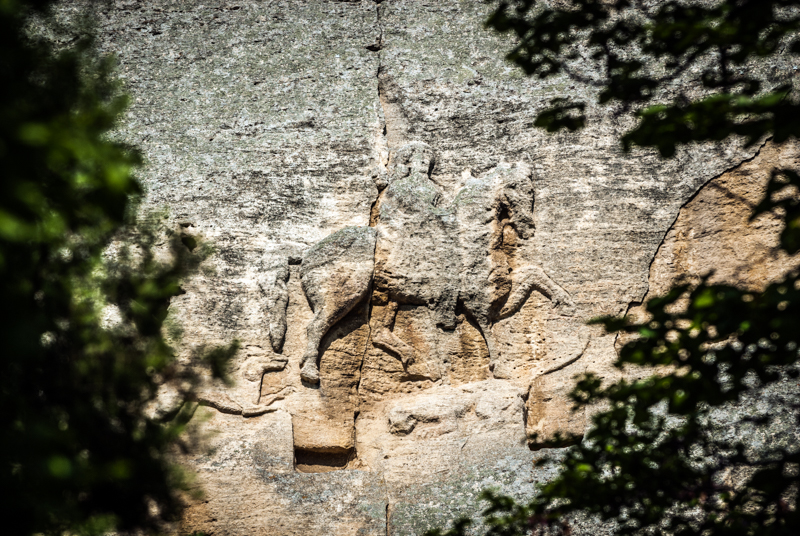