Why Bulgarians jump into icy waters on 6 January

Remember the Ice Bucket Challenge? You may not, as it was so long ago, way back in 2014, but if you are in Bulgaria around the 6 January, you might think that for some obscure reason this peculiar nation enjoys excruciating challenges featuring icy water. It is all over the media and probably in your city, village, or neighbourhood: swarms of young men in swimming trunks jumping into a river, lake or even the sea. In one particular town, called Kalofer, they even dance the Horo, waist-deep in a freezing river.

What is going on? The answer has nothing to do with viral Internet challenges. Instead, this is how Bulgarians celebrate Epiphany.

Eastern Orthodox Christians celebrate Epiphany in a loose reenactment. A priest blesses an open body of water, then he throws a cross into it. The young men of the community jump in. Whoever finds the cross first will be blessed, healthy and lucky throughout the year. In Bulgaria, with its harsh winters, jumping into open water in January is obviously a challenge and an achievement. On the other hand, when young men are involved, a challenge and an achievement only make things more exciting, turning the ritual into a show of daring, strength and masculinity. 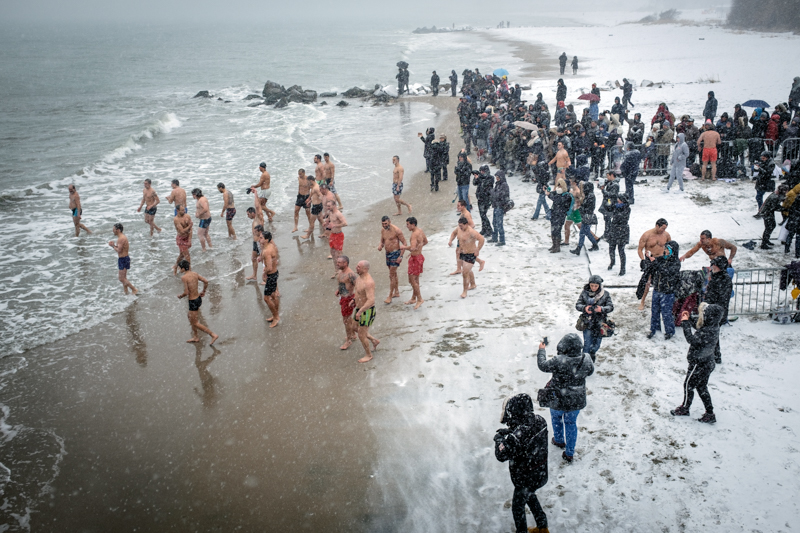 In Bulgarian traditional culture, Epiphany is known as Yordanovden, or Jordan's Day, and Voditsi, or Water Day. It is dedicated to water as a means of physical and spiritual purification. The feast also marks the end of the so-called Dirty Days, which start on 25 December with the birth of the young Jesus. The old Bulgarians believed that until Baby Jesus was baptised, all the evil spirits roamed the world, free to cause mischief and harm to people during the night. This demonic reign would end on Epiphany.

Modern Bulgarians do not believe in Dirty Days and goblins prowling the streets, waiting for someone stupid enough to be outside in the dead of night. After the fall of Communism, however, when openly celebrating religious feasts had been a no-no, the ritual was speedily revived, helped by a media hungry for spectacular and bizarre events to report on. The fact that the many people called Yordan and Yordanka celebrate their name day on Epiphany only helped the revival of Bulgarian interest in 6 January.

Inevitably, the way Bulgarians celebrate Epiphany has changed, reflecting the modern times. Today, many of the young men shivering on the bank of a river or the seashore, ready for the priest to throw in the cross, do it for the adrenaline rush and the opportunity that participation in such an extreme experience gives to brag later on Facebook. Few of them are aware of the meaning of the word Epiphany and who John the Baptist was, let alone understand fully the concept of the Holy Trinity. The famous Horo dance in Kalofer, which for decades was a small, local affair and a rite of passage for the young men of the town, is now a huge media circus that is all about what contemporary Bulgarians see as "patriotism" and less about the true meaning of this ancient purification ritual.

On the positive side, the way Bulgarians celebrate Epiphany has survived for centuries, and is unlikely to disappear with the speed with which the Ice Bucket Challenge slipped out of the public consciousness.

The pictures in this article were taken on the Day of Epiphany 2017 in Burgas, when the weather was unusually snowy and icy 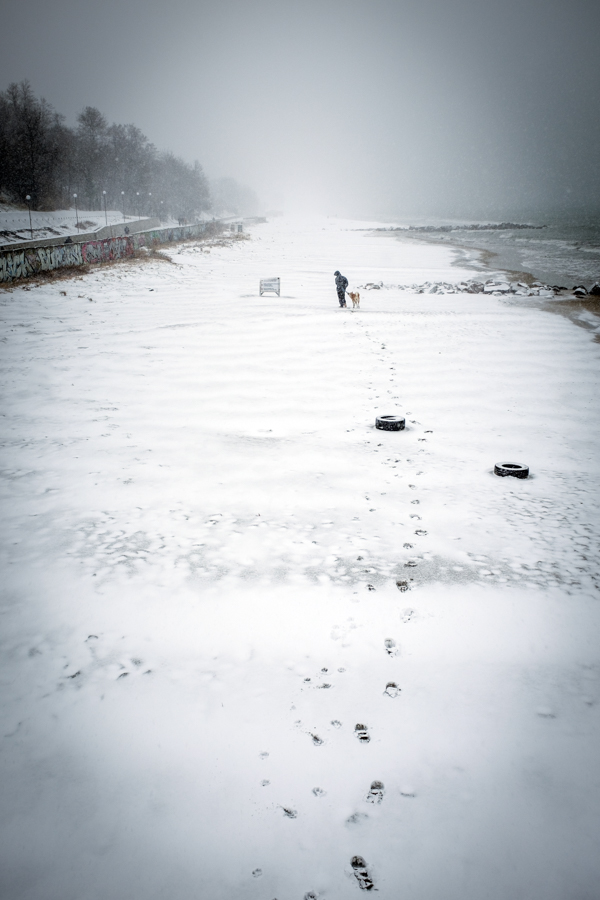 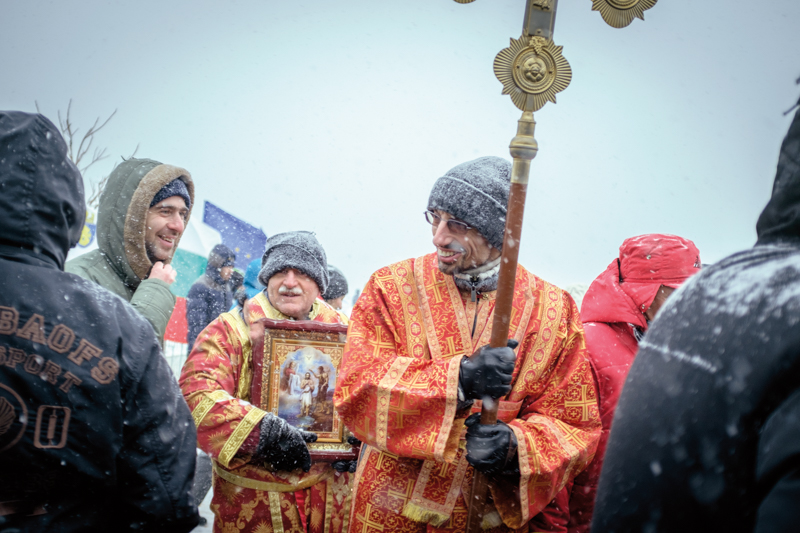