Death, a detail from Wheel of Life scene by Zahari Zograf, Preobrazhenski Monastery

In the most glorious years of its past, when it was the capital of mediaeval Bulgaria, from 1185-1393, Veliko Tarnovo was a centre of military power and political intrigue, of busy commerce and even busier administrators. It was also the seat of the patriarch, the head of the Bulgarian Church. Surrounded by his staff and underlings, he presided over a vast network of churches, monasteries and scriptoria.

There, icons were painted, books were written and the latest ideas in medieval philosophy were discussed.

When the Ottomans came, all of this came to a sudden and brutal end. The monasteries around Tarnovo were destroyed and, while most later recovered, they were mere shadows of their former selves. This began to change in the 19th century. Bulgarians were getting richer and more eager to spend some money (a lot of it, actually) for the salvation of their souls. They donated generously for the restoration of monasteries and churches. In 1839 and 1856 two decrees of the sultan declared, at least theoretically, all religions and nations in the realm to be equal. The old ban on construction of new churches and monasteries was over, and the Bulgarians grabbed the opportunity.

The network of monasteries around Tarnovo became stronger. Abuzz with monks and pilgrims, they again became centres of culture, although not as sophisticated as in the Middle Ages. As the Bulgarians grew restless under the Ottomans, some monasteries became hotbeds of revolutionary activity.

When Communism arrived, in 1944, hard times returned. The numbers of monks and nuns dwindled, and then came underfunding and neglect, particularly in smaller, not so important abodes. Today, the monasteries again attract visitors and some have been renovated, with different degrees of aesthetic success.

About 15 monasteries are located in the environs of Tarnovo. We offer you here some of the most interesting ones. 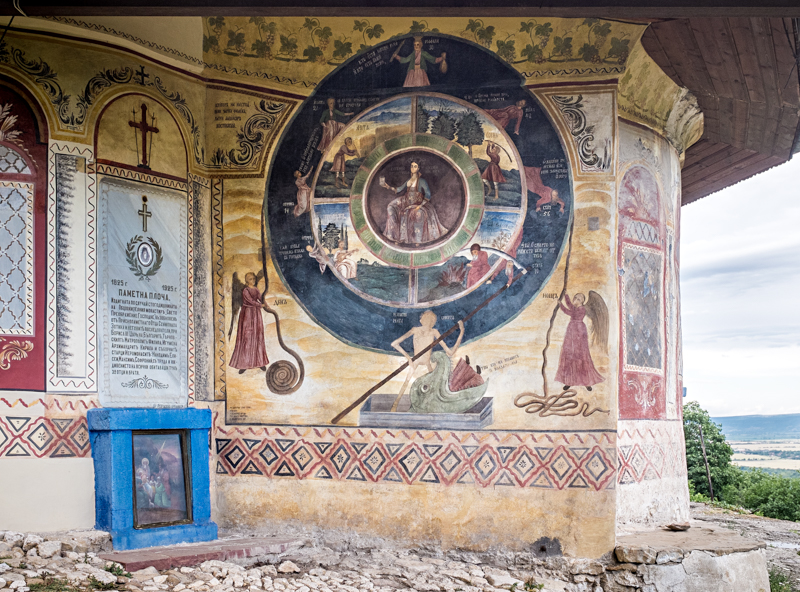 Boasting a turbulent history, amazing Revival Period art and a stunning location in the Tarnovo Gorge, the Preobrazhenski Monastery is the star on our list. Founded at an unknown date in the Middle Ages, in the 14th century it supposedly became the darling of Sarah-Theodora, King Ivan Aleksandar's second wife. The monastery suffered the inevitable fate of pillage and destruction during the Ottoman invasion, but unlike its brethren, many of which soon recovered, it remained silent for centuries.

In 1825, a Bulgarian monk finally restored it. Close to Tarnovo yet still relatively isolated, the monastery soon began to attract bright and bold thinkers. Its community was engaged in both the 1835 Velcho's Plot and the 1876 April Uprising. Kolyu Ficheto built its church, in 1835, and Zahari Zograf, Bulgaria's best painter of the period, decorated it. He left on its walls a rare image, a self-portrait (below), and an impressive, philosophical Wheel of Life scene (above). 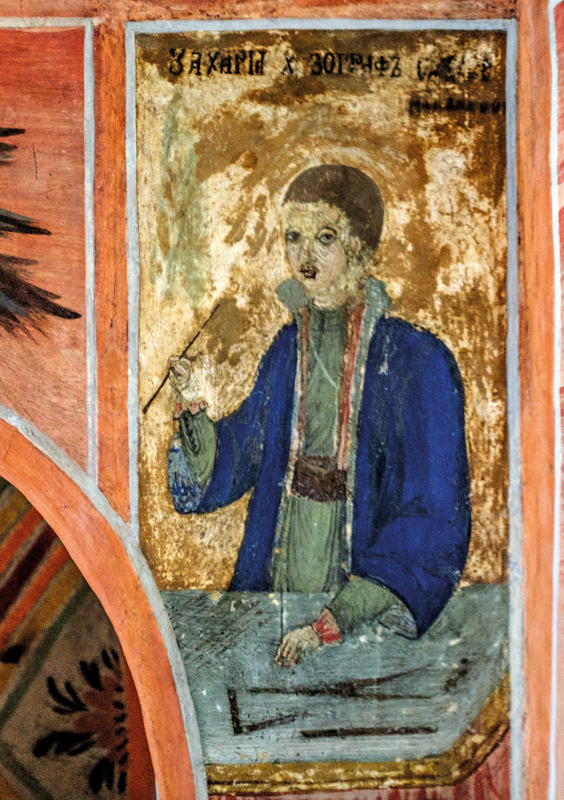 Preobrazhenski Monastery's location at the foot of steep rocks overhanging the Yantra River is as dangerous as it is picturesque. In 1991, some rocks collapsed, smashing several buildings and just missing the church. The danger of sudden destruction remains.

In spite of its location on the cliffs opposite the Preobrazhenski Monastery, the Holy Trinity appears drab. It was built from scratch after a devastating earthquake in 1913 ruined the old compound, a church designed by Kolyu Ficheto and painted by Zahari Zograf included.

Even now, however, it has its quirks both past and present. A 2nd century Roman inscription marking the border between the provinces of Moesia and Thrace is built into the church porch and a pagan altar dedicated to Zeus is inside. Both were brought from Roman sites in the nearby plains. 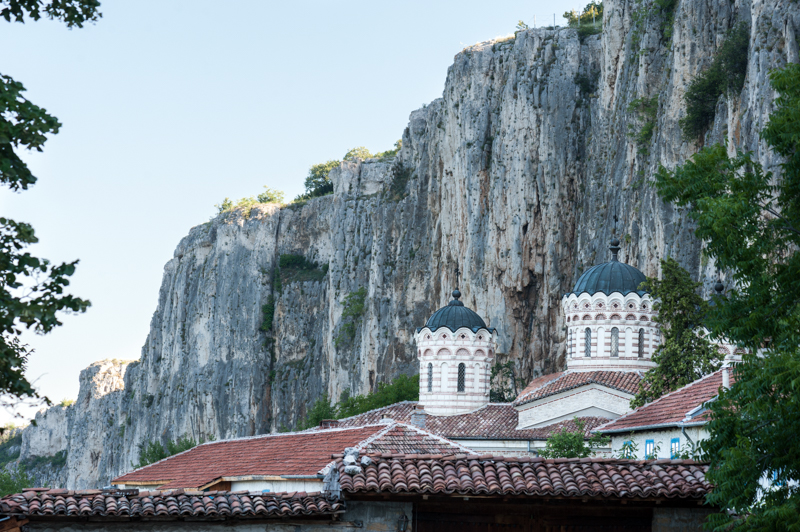 The monastery's mediaeval past is unclear. Some say it was founded in the 10th century and others suggest that Theodosius of Tarnovo established it when the Ottomans came too close to Tarnovo and the Kilifarevski Monastery had to be evacuated. Nothing is certain, though.

In 1821, the monastery was already there. Its monks, however, were forced to flee. When its reconstruction and revival began, in the 1840s, a secret trove of documents was discovered. It contained donation charters to the monastery issued by 18th century Wallachian princes. Some of the documents mentioned previous donations made even earlier, in the 17th century.

The Holy Trinity Monastery is also known as the Patriarch One. Some claim (yet another theory!) that it is because it was founded by Patriarch Evtimiy of Tarnovo, in the 14th century. Whether this is actually true is anyone's guess.

Since 1948 the monastery has been a nunnery, and a strict one: men in shorts are not allowed to enter. 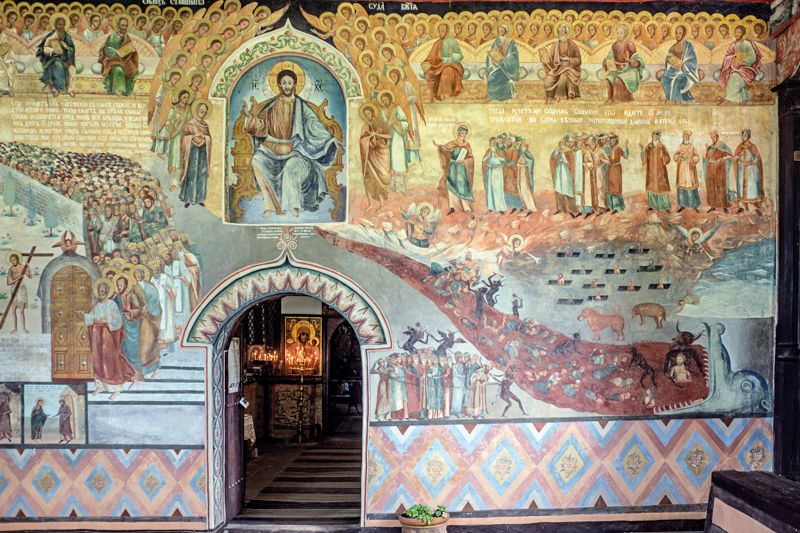 In summer, Kapinovski Monastery can get overwhelmingly crowded and noisy. The reason? Its proximity to the cool waters of the Veselina River and a deep pool particularly beloved of the locals, who like to camp there. Local bikers also claim the spot, with a large gathering at the beginning of the motoring season.

Still, the Kapinovski Monastery is remarkable. Established in 1272, destroyed during the Ottoman invasion, and restored and destroyed and restored, it now looks like a fortress, with strong stone walls and cavernous entrances. The complex you see today was built in 1835-1864, when the monastery was thriving. The magnificent carved icon door in the church, however, is earlier. 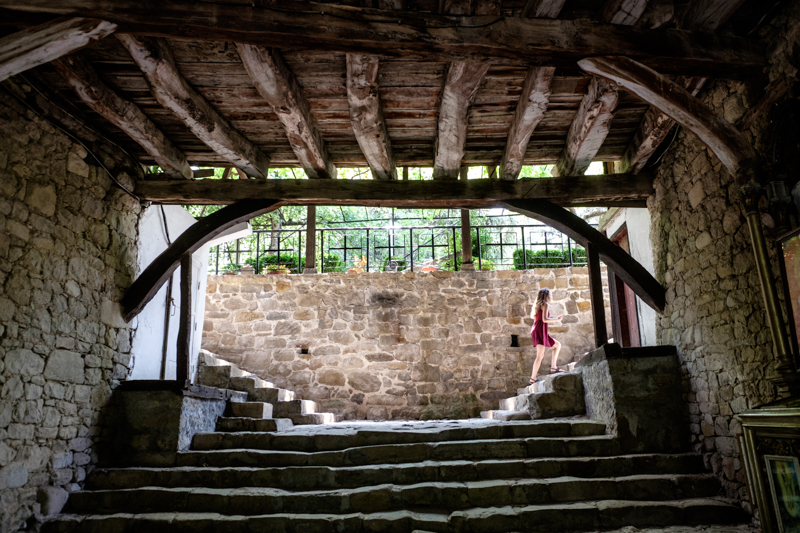 The monastery's history includes Sofroniy Vrachanski, a seminal figure of the Bulgarian Revival, who was the abbot there in 1794. He brought with himself a rarity of the day, a hand-written copy of A History of the Slavs-Bulgarians, Bulgaria's first modern history book. Later, in the 19th century, a number of revolutionaries, national hero Vasil Levski included, used the monastery for shelter. 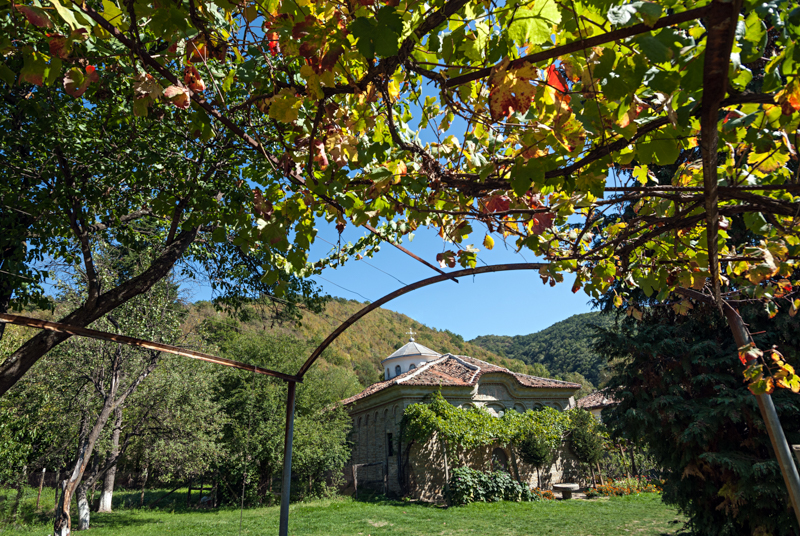 Its cosy, 19th century architecture of wooden verandas is misleading. In its medieval past, Kilifarevski Monastery was a large institution. It was founded in 1348 by Theodosius of Tarnovo, one of the brightest minds of Bulgaria, who promoted Hesychasm, a mystic teaching aimed at salvation through meditation. So, Kilifarevski Monastery became a major religious centre with a busy scriptorium and a school claiming students such as Evtimiy, who would become Bulgaria's last patriarch before the fall to the Ottomans, and Cyprian, future metropolitan of Kiev. All three later became saints.

When the Ottomans arrived, the monastery was deemed so important that the king himself donated money for its fortifications, to no avail. The monastery returned to life in the 15th century, and was again destroyed when it gave shelter to Bulgarian rebels in 1596.

The Kilifarevski Monastery you visit today is about 400 m away from the remains of its mediaeval predecessor. It was founded in 1718, but destruction during bandit raids explains why the present complex is later. Its church was built in 1840 by Kolyu Ficheto, Bulgaria's top master builder of the time. He was humble or practical enough – or both – to preserve parts of the original construction: a portion of the altar walls and two side chapels still covered with 18th century frescoes. 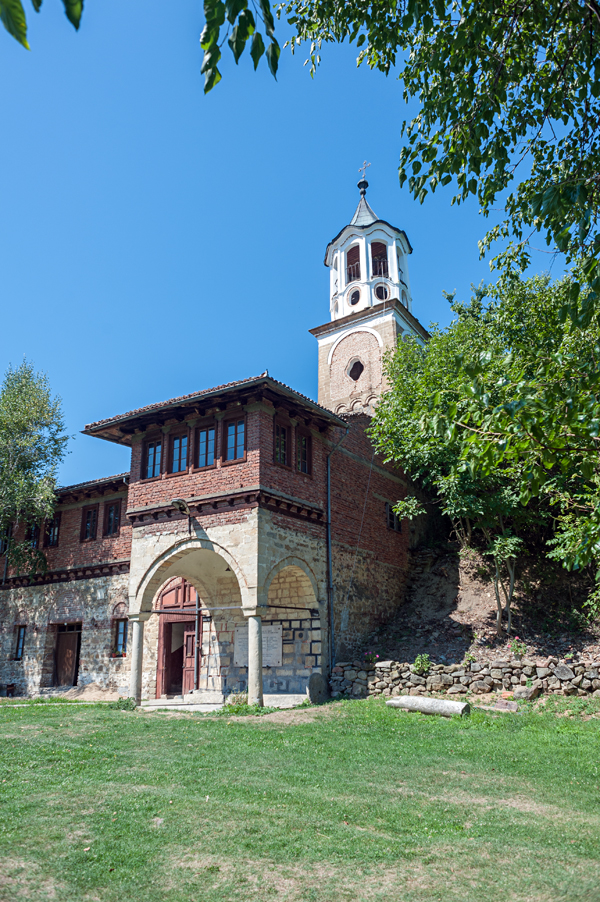 A neighbour of the Kapinovski Monastery, the Plakovski Monastery is smaller and calmer, and it is easy to miss it. However, it has its own claim to historical pride. After its mediaeval origin, Ottoman destruction and 15th century reconstruction, in 1835 it became a centre of the so-called Velcho's Plot, an unsuccessful bid by local Bulgarians to bid the sultan farewell. The rebels were killed, and the monastery was reduced to ruins, though it soon rose again. Today some claim that the 1845 church and the belfry are Kolyo Ficheto's work. 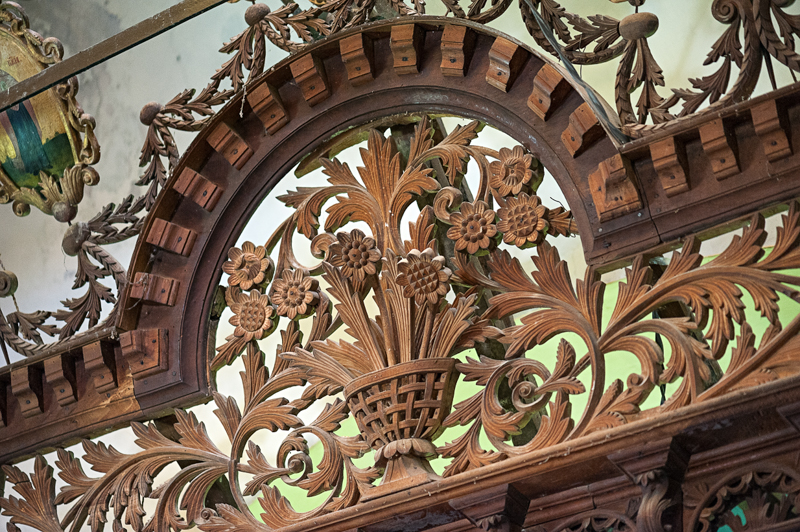