Away from summer heat

Bulgaria claims the highest waterfall in the Balkans, the 124.5-metre Rayskoto Praskalo, or Heavens' Sprinkler, in the Stara Planina mountains. In addition to it, this country has some famous waterfalls: in Boyana, just south of Sofia, the Borov Kamak near Vratsa and the Rilska Skakavitsa in the Rila, to name but a few. However, there are plenty of other less-known waterfalls waiting to be discovered. Finding them is a delight in the heat of summer, and you do not need to hike for hours to reach them.

It is merely six metres high, but it is very popular with people from Veliko Tarnovo and the surrounding region. Here is why. Kapinovski Waterfall boasts a wonderful deep pool, into which it is a pleasure to jump on a hot summer day. It is a few metres away from the from the beautiful Revival Period Kapinovski Monastery. The nearby camping area provides a cheap holiday solution for those who cannot or do not want to go to Ahtopol. 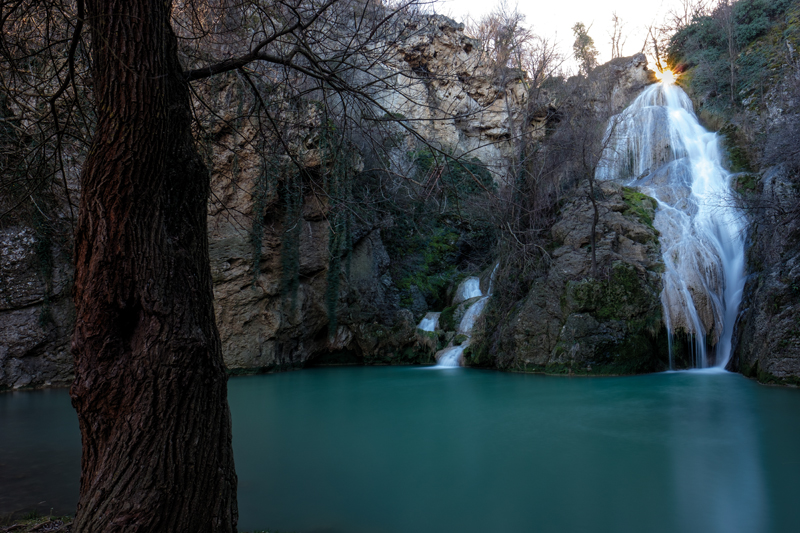 The waterfall by Hotnitsa village, near Veliko Tarnovo, has a feature that sticks in the memory. It falls into a deep, surreally green pool. This colour is also present upstream in the Bohot river, as you will see if you take the eco trail starting from the waterfall.
Hotnitsa itself does not look like much, but two things make it stand out. In the 2000s it became a favourite location for British expats moving to rural Bulgaria. Some of them are still there. The village environs have been a preferred place of settlement for generations of people, starting from Neolithic times. So far, the remains of 70 settlements have been discovered around Hotnitsa. Was it the waterfall that made it so enticing? 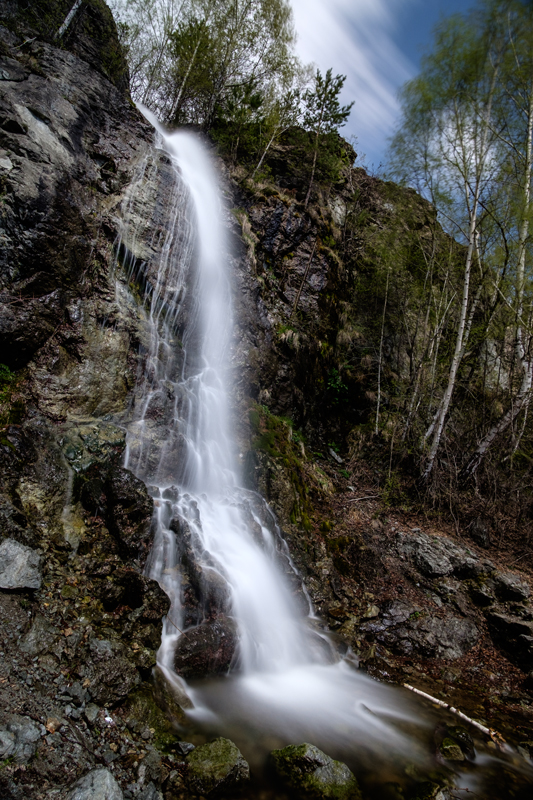 The drive on the I-6 Road from Sofia to Burgas is slower than on the Trakiya Motorway, but passes through more alluring landscapes, with places to stop and explore. On and around it are the traditional gems of Koprivshtitsa, the historical towns of Sopot, Karlovo and Kalofer, the remains of the late Antiquity Elenska Basilica church and the Anevsko Kale fortress. Along the road there are also the blooms and scents of the attar-bearing roses (May-June) and lavender shrubs (all summer).

The I-6 also passes by a waterfall. Located near the eponymous village, the Anton waterfall is just beside the road: a great excuse to stop for a rest and some photos. 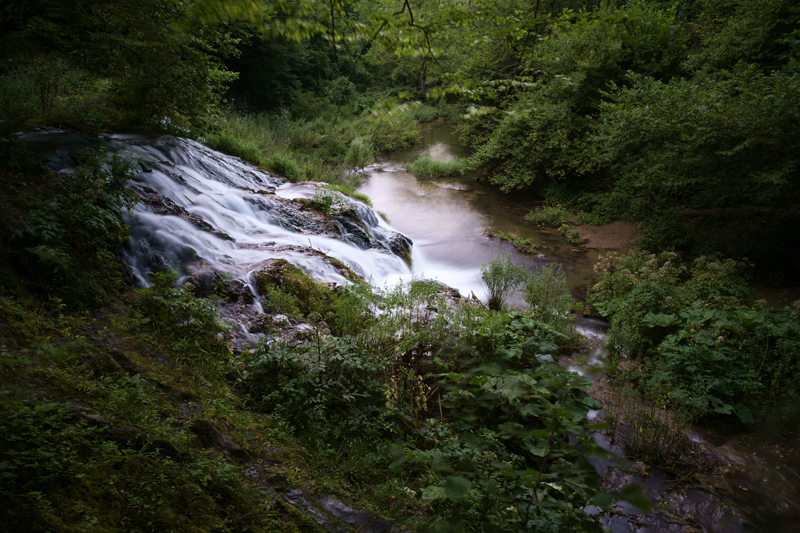 The largest and most abundant waterfall in the Strandzha mountains is fed by nine karst springs, hence its name, which means Nine Springs. You will find it only metres away from the road to Stoilovo village.

Hidden amid the thick Strandzha forest, the Dokuzak provides a shady, cool retreat from the scorching summer sun, particularly if you were wise enough to bring some beer or a watermelon with you. The pools around the waterfall are great for cooling these, and there is a picnic area. 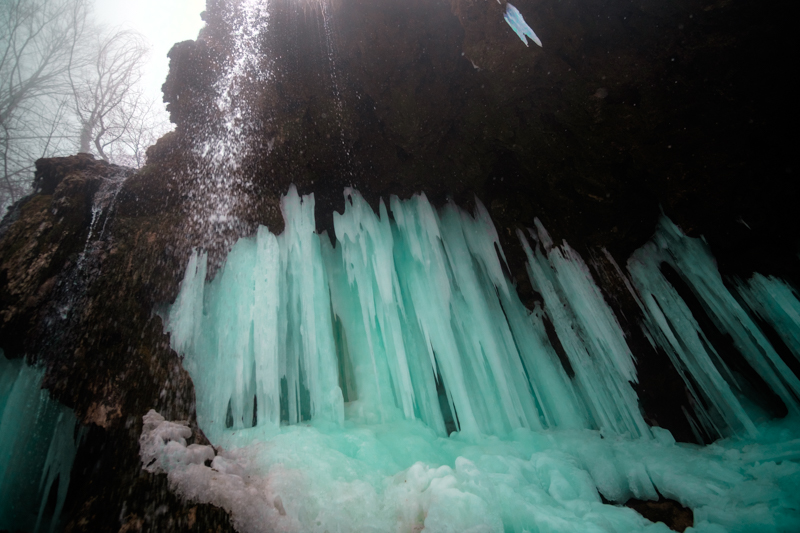 Until the 1970s this waterfall was ingenuously used to power a small generator providing electricity to the nearby Etropole Monastery. Today there is no longer any sign of machinery to obstruct the view of water falling from 15-metre-high karst rocks amid lush greenery and moss.

The monastery itself is over-renovated, but there is something of interest here. It was one of the few centres of Bulgarian literacy in the early centuries of the Ottoman domination, with its own calligraphy and literature school. 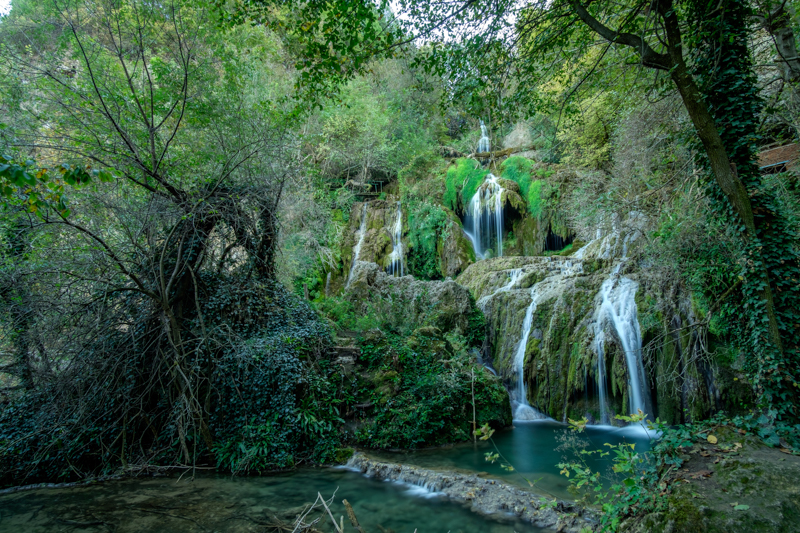 The largest travertine cascade in Bulgaria is a combination of a 20-metre main waterfall plus a number of smaller ones, plus plenty of pools and waterways surrounded by lush, almost tropical greenery. It is small wonder then that the Krushuna Waterfalls, near Lovech, have become popular with Bulgarian and foreign tourists. They are also the only ones on our list that you have to pay to access. 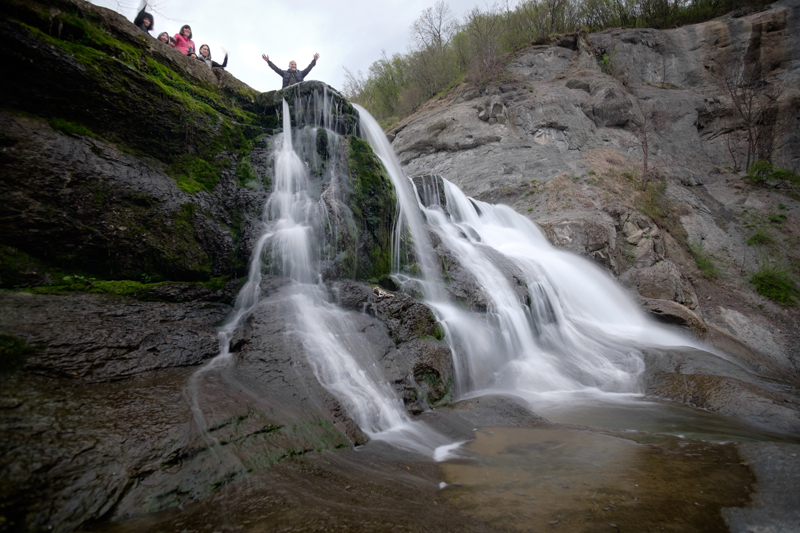 Close to Hristovtsi, a hamlet near the town of Elena, in the central part of the Stara Planina, the Hristovski Waterfall was called Bulgaria's Little Niagara by travel bloggers eager to impress.

The Hristovski Waterfall is actually only nine metres high. In spite of the blatant discrepancy between reality and the bloggers' imagination, the waterfall is a delight to visit. It is at the end of a short path through a forest and a meadow, and the rocks around it are mesmerising. 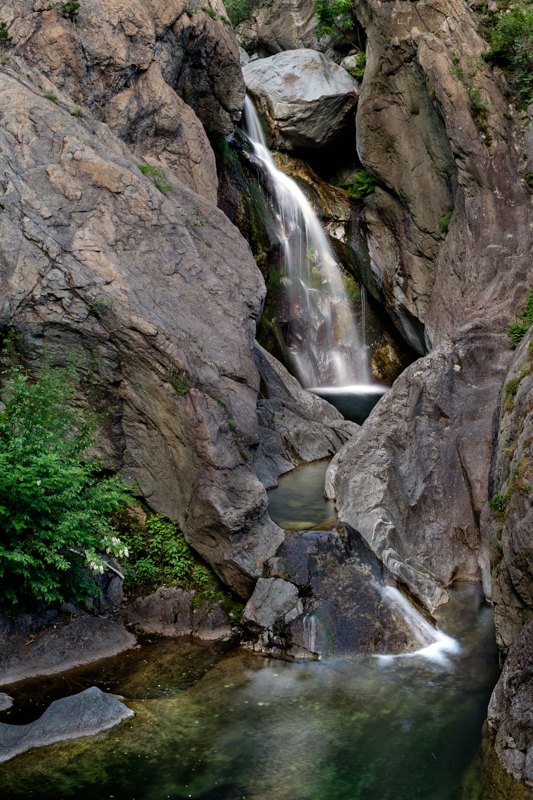 Both names are tongue twisters, but you can just ask around Karlovo for the waterfall, and you will be understood. A short walk from the town centre, Suchurum or Karlovsko Praskalo falls from eight metres through massive boulders. It has been a favourite spot for picnics and walks for generations of locals. In 1926 a small power plant was built at the foot of the waterfall, and inaugurated in the presence of King Boris III himself. It operates today, its original Made-in-Germany turbines still doing their job. 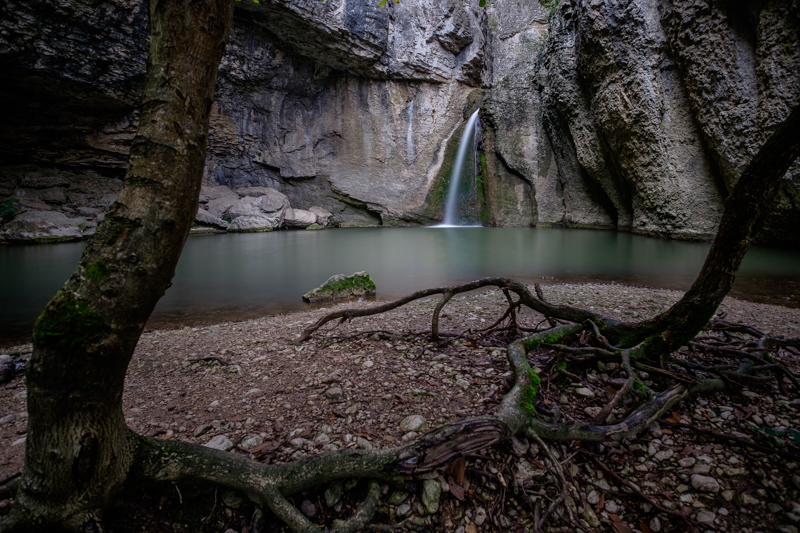 Falling 10 m into a deep pool carved into the karst rocks, the Emen Waterfall is more impressive because of its surroundings than its size. It is at the end of the Emenska Eco Path, Bulgaria's first such tourist amenity. The trail starts from Emen village, near Veliko Tarnovo, and runs along the canyon of the Negovanka River, whose phantasmagorical rocks reach up to 90 m high.

Sadly, due to lack of maintenance, the wooden bridges and steps of the trail are now rotten. If you are wearing good shoes and are not afraid of some climbing down and up, it is perfectly manageable to reach the waterfall.

Its alternative name Momin Skok, or Maiden's Jump is explained by a legend. In Ottoman times three beautiful Bulgarian girls jumped from it to avoid becoming the concubines of a local Ottoman lord. 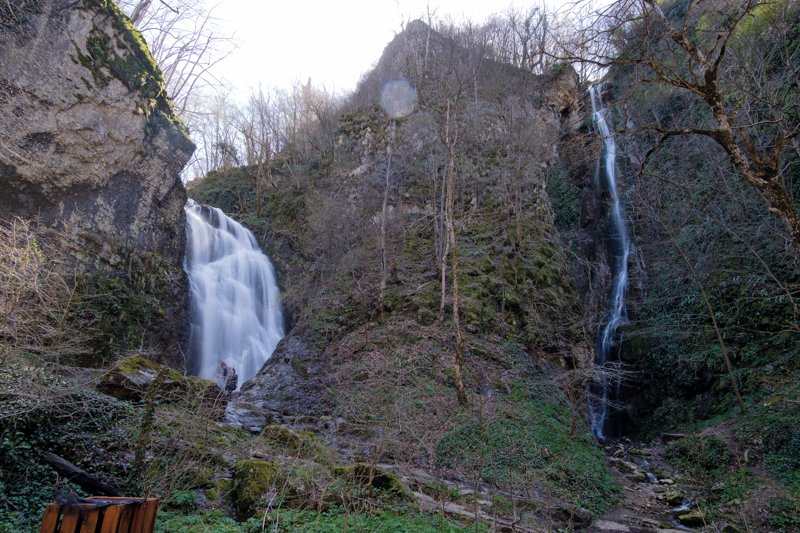 It is an utter delight to spot the humble "Waterfall" road sign in drab Teteven, in the Stara Planina, and to follow its lead. At the end of a pleasant eco trail that squeezes between overhanding rocks, two waterfalls dash and splash. The left-hand one, known as Skoka, or The Jump, is 15 m high. The right-hand one is over 50 m high, but cascades only during the spring melt and after heavy rains. A quirk of local topography creates sudden gusts of wind that whisk the falling water into droplets. The thin mist they create fills the air and moistens you from head to toe, adding a hint of adventure to the experience. 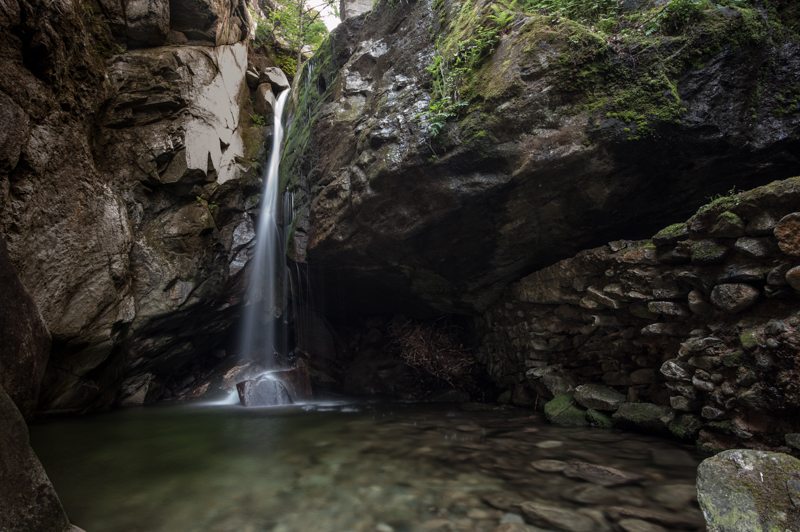 Easily reachable by car and located in a mountain resort, the Kostenets Waterfall is rarely quiet – and by this we do not mean the sound of its waters. At about 10 m high, surrounded by rocks and greenery it would be magical were it not for the talking, picture-taking crowd of holidaymakers and weekend tourists. Still, worth a visit.