The seaside pier is one of the symbols of Burgas

Whether you are attracted by the few remaining pristine beaches along the southern Black Sea coast, the quaint if overcommercialised streets of the old towns of Nesebar and Sozopol, or the endless parties at the popular resorts, you are bound to stop in or at least bypass Burgas.

This is the biggest town in the Southeast. It is connected to Sofia via one of Bulgaria's two completed motorways and has an airport that usually needs a second wind in summertime. Burgas itself has few particular sites of interest, but bestselling author Elizabeth Kostova singled one out in her latest novel, The Shadow Land (2017). This is the old Maritime Garden casino, or just The Casino, as everyone in Burgas refers to it.

The Casino is one of Burgas's iconic locations. It was constructed on a slope overlooking the sea, in 1938, and its inauguration was a major local event. The Bulgarian State Railways even released tickets with up to 70 percent discount for Sofianites who wanted to attend.
It is unclear whether the elegant building in the best traditions of architectural modernism was used for actual gambling, but it remained open during Communism with which the idea of gambling did collide. Under Communism, The Casino was an inexpensive restaurant and a bar. It became the favourite joint for local intellectuals. To eat and drink (often just to drink) at The Casino was a main element of the Burgas joie de vivre.

What many thought was the easy life ended with the downfall of Communism. The Casino shut down, went to seed, and was near collapse when the local city council decided to keep it. Instead of restoring it, the contractors knocked it down and built it anew, in 2011. It is now a cultural centre.

The Maritime Garden is Burgas's most pleasant location. It was laid out in 1910, initially on about 20 acres. With its exotic plants, a small zoo, arboretums, candy-floss stands and cafés it became a favourite location for walks and picnics for the locals.

Under Communism, the park was well-kept and the local authorities started a massive programme of populating it with various sculptures. Some of them, like the one of Russian poet Alexandr Pushkin (1799-1837), have become emblematic for both the park and Burgas itself. Others stand as good (or bad) examples of how history can be manipulated. The most flagrant example is the monument to Adam Mickiewicz, the Polish (or Lithuanian, or Belorussian – it all depends on who does the explanations) poet who spent a few days in what at the time was Burgas en route to Poland. Mickiewicz, a friend of Chopin, had organised a band of Jewish mercenaries, which he called the Hussars of Israel, to fight the Russians and liberate Poland from Russian rule. He caught malaria instead and returned to Constantinople, where he died shortly thereafter. However, the insignia on his Burgas monument presents him as a fighter for... "Slavic unity." 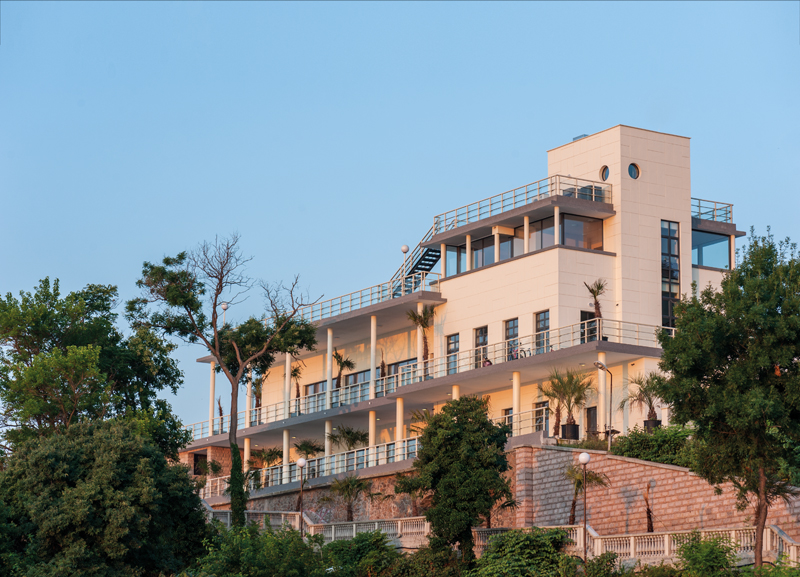 The Maritime Garden Casino, mentioned in The Shadow Land, is now an arts centre

The Burgas Sea Park openair statuary has no shortage of atrocities either. Perhaps the most imposing is the Pantheon, a brutalist construction erected in 1981 to remind of the fallen in the "antifascist struggle."

Unlike most other Bulgarian locations in Elizabeth Kostova's books Burgas is not a very old town. Till the end of the 19th century it was but a fishermen's village set among mosquito-infested swamps. After Bulgaria was restored in 1878, it became the focal point of immigrants from both the hinterland and the Bulgarian-populated territories now in Turkey, Greece and Macedonia. The swamps were dried up and the malaria was eradicated, owing to the generous assistance of a great overseas benefactor whom the Communists would later quickly forget: John D. Rockefeller. It did not take long for Burgas to become one of this country's most cosmopolitan towns, a little Brooklyn where ethnic Bulgarians lived side by side with Turks, Greeks, Russians, Czechs, Germans, Frenchmen and Italians, driven by one main force, the desire to make money. At one point it had a dozen consulates and daily newspapers, and its pace of development outmatched even that of Sofia.

Regrettably, the atmosphere of pre-1944 Burgas no longer exists. Under Communism, many of Burgas's most beautiful buildings were knocked down to open space for squares, grey housing estates and shoddy offices. Since the 1950s the centre of Burgas has been dominated by the colossal figure of a... Red Army soldier installed there to remind the locals who was really in command. The destruction of Burgas went on arrogantly in the post-Communist period. The new anti-Communists of the 21st century outperformed even the entrepreneurs of the 1990s and 2000s who were responsible for the almost total demolition of Old Burgas.

About a quarter of a square mile of Greater Burgas, however, has managed to retain at least some of its erstwhile atmosphere, owing exclusively to its geographical location: it is an island. This is the Isle of St Anastasia, in the past known as Bolshevik Island. It is really just a rock in the sea, about 2 acres large, but it does lay a claim to dramatic history. It used to be a monastic abode in the Middle Ages, then prior to 1944 it was a political prison, a reminder that political repression was not the exclusive prerogative of the Communists, and then a weekend getaway for the locals. Like The Casino, it fell on hard times after the collapse of Communism. In 2014, it was renovated with a museum, a restaurant and some guest rooms, and can now be visited in summertime. 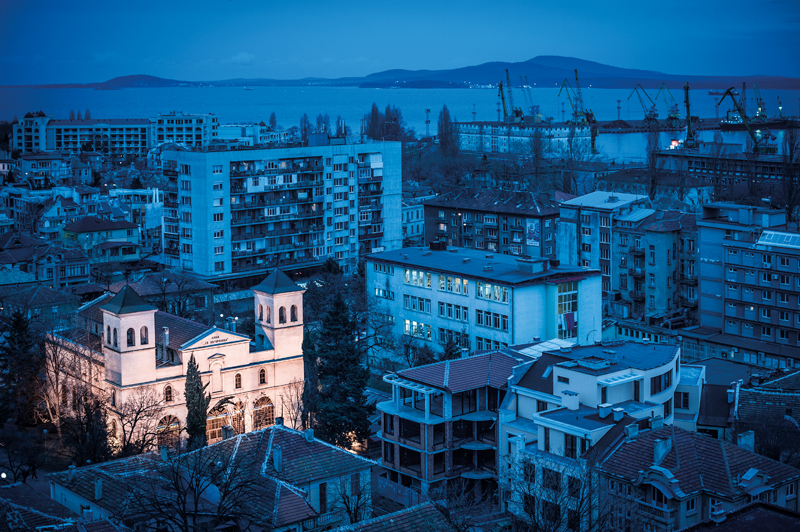 The 19th century Holy Mother of Christ Church, known locally as the Greek Church, is one of the few remnants of old Burgas 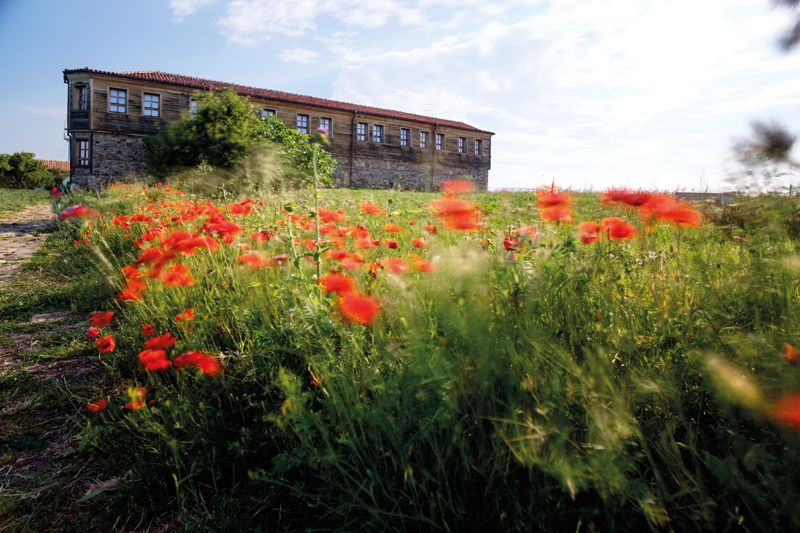 Prior to 1944 the Isle of St Anastasia was used as prison. Now it is a tourist attraction