Tranquility combined with landscapes untouched by tourism: if you have a longing to visit, Bulgaria will deliver. Here and there isolated and lesser known villages lay scattered over vales and hills, offering the chance to awaken to bird song, spend the long days exploring quiet lanes and traditional houses, and the evenings contemplating the surrounding vistas, preferably with a glass of cold Rakiya.

If this sounds too good to be true, do check out the villages on our list. While some of them have already been discovered by tourists and in others you will struggle to find a place serving decent drinks, with some planning you will find in these villages an excellent getaway from mass tourism and overdevelopment. 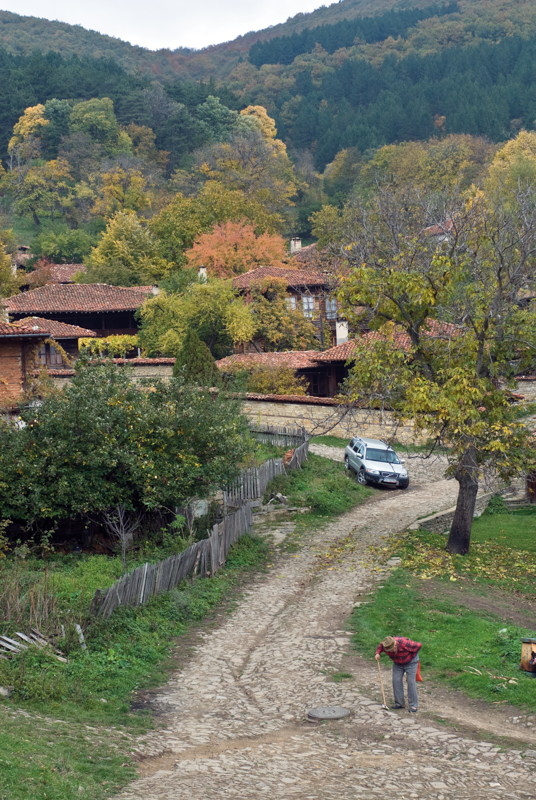 Located in the eastern reaches of the Stara Planina, Zheravna is known to all Bulgarians. This traditional village is the location of some of the most beloved stories by Yordan Yovkov, one of Bulgaria's finest writers.

Even for a visitor unfamiliar with Yovkov's tragic love stories, Zheravna remains romantic. It is a place of grand mansions hidden behind sturdy walls, built in the 18th and 19th centuries when the village thrived on trade, crafts and animal husbandry.

There is one time in the summer, however, when you cannot put Zheravna and tranquillity into the same sentence. For three days in August the village hosts a festival of traditional village clothes, which claims to promote a return to "ancestral roots." In the past few years, however, this event has become overly popular and "patriotic," with politicians attending and vying for the public's attention. If your idea of a romantic getaway excludes crowds, avoid Zheravna at this time. In 2018, the festival is  17-19 August. 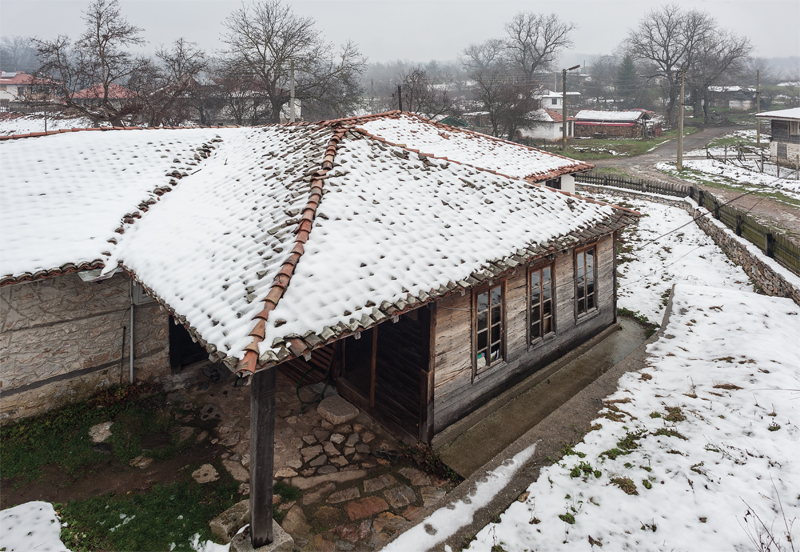 This is the most popular village in the Strandzha, and for a reason. Brashlyan is the best preserved example of the traditional local architecture, an idyll of wooden houses and quiet lanes, a picturesque result of depopulation.

The village has its fair share of history. Its church was built in the 17th century over the remains of a pagan shrine. Two of the columns of the ancient sanctuary still serve as candle holders in the church, while an altar dedicated to Zeus does duty as the present altar.

As quiet as it is today, Brashlyan played a role in Bulgaria's more recent history. In 1903, during the suppression of the Ilinden-Preobrazhenie Uprising against the Ottomans, several Bulgarian revolutionaries made their last stand in the village. Their heroic death became the subject of a song, "A Bright Moon is Rising," now considered the anthem of the Strandzha. Curiously, the melody was borrowed from a popular Ottoman song about a handsome official who craved love. 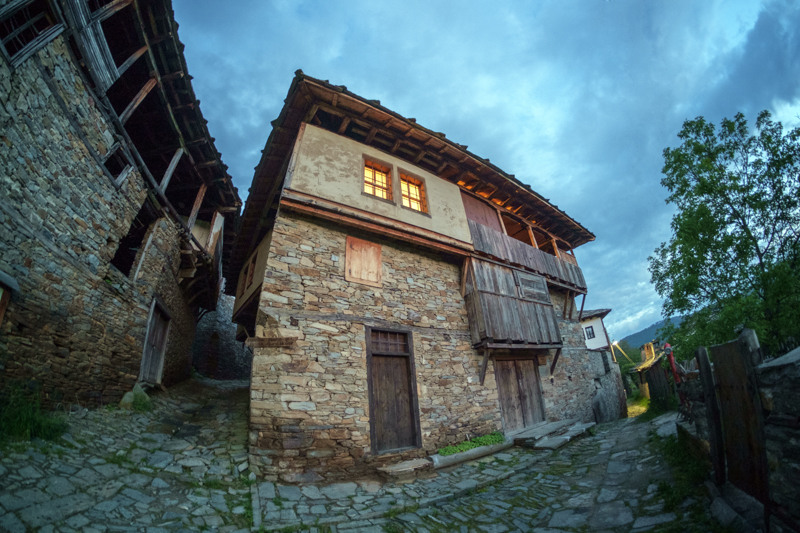 Tucked into the western slopes of the Rhodope mountains, Kovachevitsa is a well-known place for a romantic getaway in Bulgaria. This is partially due to the fact that this village of magnificent two- and three-storey wooden and stone houses has become a favourite location for moviemakers.

Kovachevitsa appeared in the 15th century and by the 19th century, when its mansions were built, was rich and teeming with life. The community declined rapidly after Communism forced villagers into the cities. By the 1970s, when the moviemakers discovered it, Kovachevitsa had already fallen into decline.

Even when tourists crowd the area, Kovachevitsa remains deliciously quiet. Wandering its steep lanes, peeping into the broken windows and the overgrown yards of its abandoned houses is an experience that evokes the lives of people long gone. 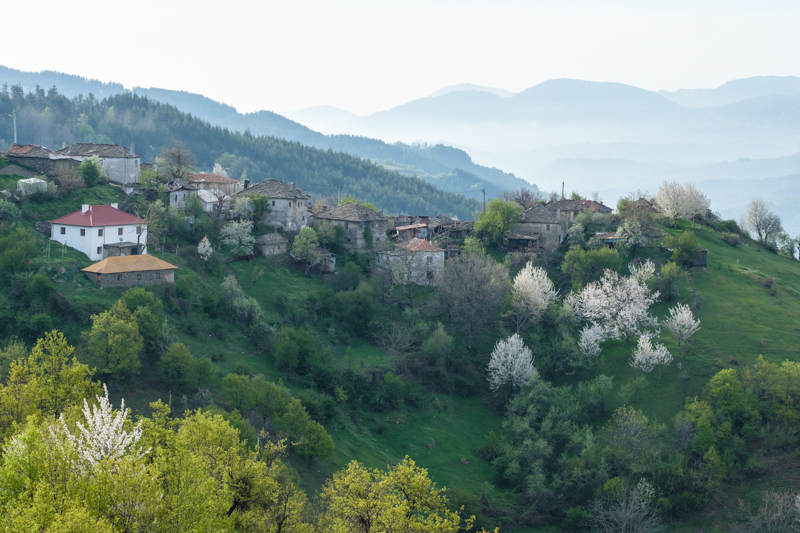 The name of this Rhodope village should be enough to inspire you to visit: Sinchets means Bachelor's Button, or cornflower. The village itself is an unremarkable collection of newish houses, scattered on the heights between Dzhebel and Ardino. What makes it special is its position among the surrounding peaks and the vistas it offers. According to an urban (or a rural?) legend, in the 1960s an European scientist declared the air between Sinchets and its neighbour Chubrika to be the cleanest in the Balkan Peninsula. 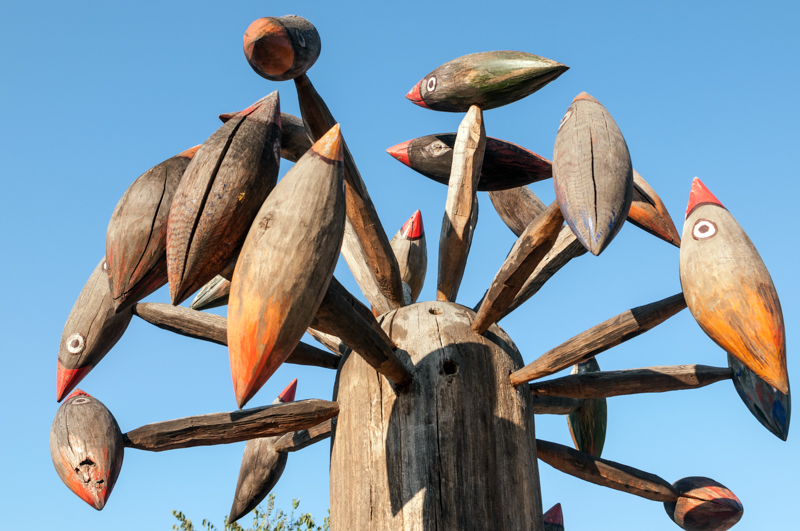 This village on the eastern slopes of the Strandzha is close enough to the Black Sea to serve as a base for a beach vacation. What makes it truly romantic, however, is that for a couple of years it was the playground of some of the greatest romantics in Bulgarian history: the Tolstoyists.

These young Bulgarians, living at the turn of the 19th and the 20th centuries, were followers of Leo Tolstoy. The Russian author is best known to Westerners for his doorstoppers War and Peace and Anna Karenina, but he also preached the benefits of a life lived close to nature, which irritated both the Russian state and the Russian church, but inspired a number of followers.

In 1906 his Bulgarian fans founded a colony in the village of Alan Kayrak, in the Strandzha. To the bemusement of the locals, the Tolstoyists lived communally, sharing their labour and lives.

The colony lasted until 1908 and, as the time passed, the locals began to cherish the Tolstoyists. In 1934, when the Turkish name of the village was about to be replaced, they chose Yasna Polyana, after the Russian Yasnaya Polyana, where Leo Tolstoy had lived.

Curiously, both Alan Kayrak and Yasna Polyana can be translated as a place in the sun.

Today the village museum tells the story of that community, while the quiet streets of Yasna Polyana are scattered with the results of another idealistic endeavour: the abstract and often surreal wooden sculptures left behind after several symposia on wooden sculpture. 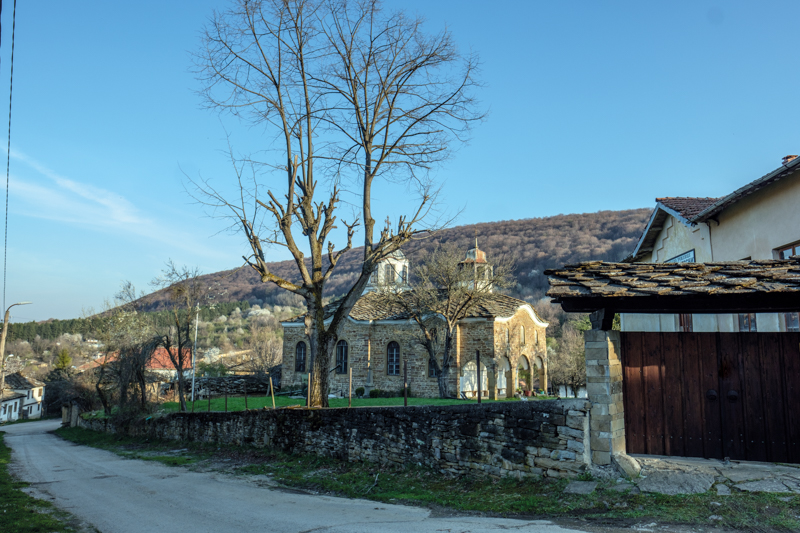 This village is one of Bulgaria's best kept secrets, and it is only a short drive off the main Sofia-Varna road. Located near Lovech, Staro Stefanovo is a cluster of  houses on a hill. Old and in various stages of deterioration, they show little evidence that the village has been an architectural preserve since 1982. Tourists here are few, and the locals are nowhere to be seen. Some of the houses still bear traces of the decorative murals the village was famed for. 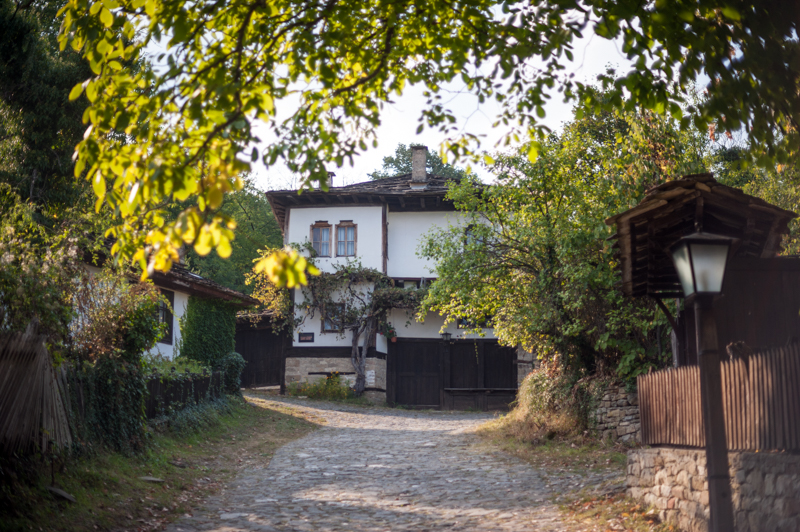 Huddled deep in the Stara Planina mountains, Bozhentsi is a cluster of Revival Period houses and mansions built by what was at the time a vibrant community of artisans and merchants. The village retained its old-world atmosphere after post-1944 urbanisation made most of its younger inhabitants to leave for the cities.

Bozhentsi's legends are also intriguing, one claiming that the village was founded by one Bozhana, an aristocrat fleeing the sack of the Bulgarian medieval capital Tarnovo by the Ottomans, in 1393.

Bozhentsi is an architectural heritage site now, attracting a number of outsiders, which has resulted in the invasion of  4WDs and the lifestyle that goes with the people who usually drive them in Bulgaria. If you visit outside weekends and high summer, however, you will be more or less alone with Bozhenti's stone-roofed houses. 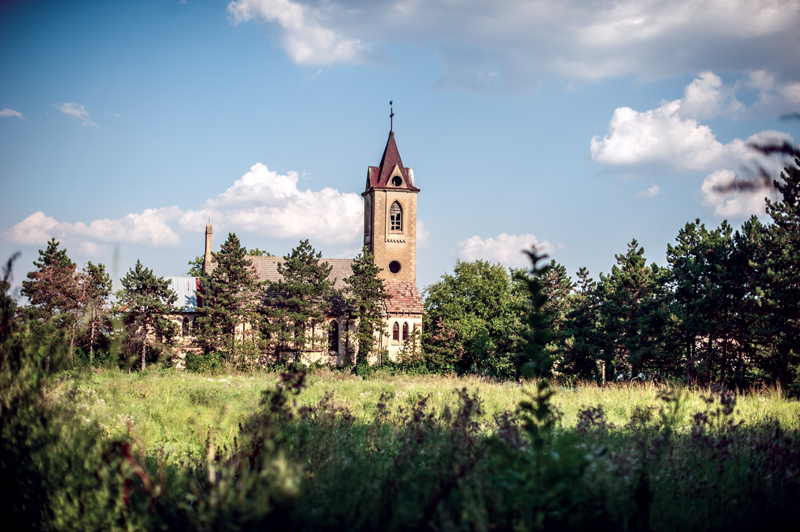 This village is not on any list of must-visit places in Bulgaria, but the drive through one of the drabbest parts of the Danubian Plain is worth it, as Bardarski Geran appears to be straight out of a Central European fairy tale. Its ornate houses and its two Catholic churches evoke the era of the long gone Austrian-Hungarian Empire.

Bardarski Geran appeared after Bulgaria's liberation from the Ottomans. It was founded by Banat Bulgarians, the heirs of Catholic Bulgarians who had fled the brutal repression of the 1688 Chiprovtsi Uprising and settled in the Banat region, currently divided between Romania, Serbia and Hungary. In 1893, the Banat Bulgarians in Bardarski Geran were joined by Saxon German settlers. Both communities had their own churches and customs, introducing to Bulgarian soil their preferred type of architecture, cuisine and culture.

The Germans of Bardarski Geran are no more. They were forced to return to Germany in the final years of the Second World War, leaving behind their church, now a ghostly ruin. 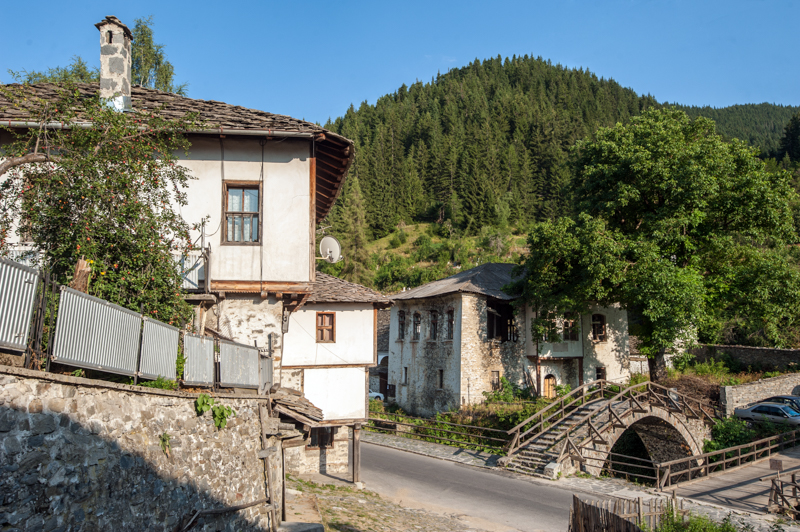 Slow, deep and elegiac, the traditional music of the Rhodope lingers in the mind. It is probably best experienced in Shiroka Laka. This village deep in the mountains boasts well preserved traditional houses and streets, and a famous school of Bulgarian traditional music.

Shiroka Laka's romantic atmosphere is not only due to its old architecture and the gusto with which local musicians play their bagpipes. The village is located in one of the most picturesque corners of the Rhodope, surrounded by blue peaks and green meadows. It is hardly a surprise that many believe the legend that Orpheus, the legendary musician from the ancient Greek myths, was born in nearby Gela village. 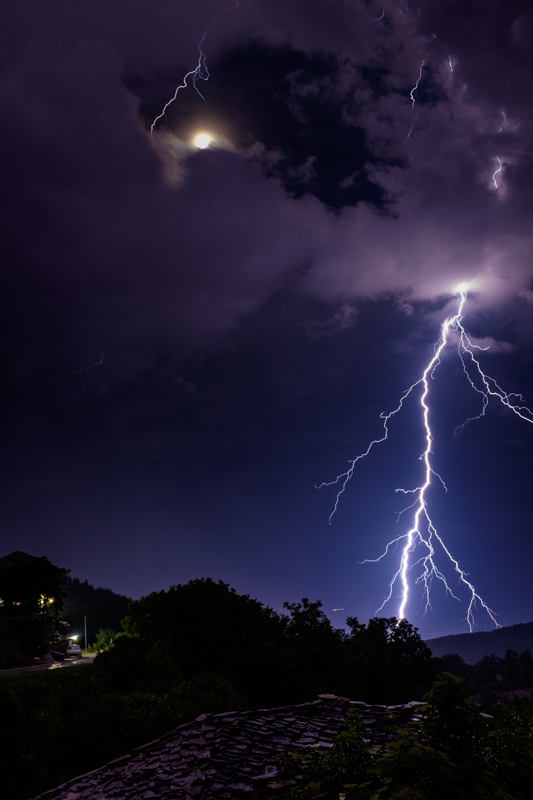 Before reaching Kovachevitsa, you pass through another romantic traditional village, Lesthen. While in the 19th century its more famous neighbour used to be the home of wealthy merchants, Leshten was inhabited by less affluent stonemasons who built smaller, humbler homes for their families. These nevertheless impress with their beauty and the ingenuity of their construction, coupled with a marvellous vista of the Pirin mountains across the Mesta Valley.

Leshten became a romantic getaway in the late 1990s, after a couple from Sofia recognised its potential, restored some of the houses and started a small weekend rental business. In the 2000s and the 2010s interest in Lesthen increased.

Sadly, as Leshten is not a protected architectural zone, ugly pseudo-traditional hotels have began to appear. Visit now before they completely spoil the experience.