They never fail to tickle imagination

The human penchant for spotting visual patterns in seemingly chaotic landscapes, preferring false positives to false negatives, has been crucial for survival. For thousands of years, the ones who lived long enough to pass their genes to the next generation were the ones able to spot the lion hidden in the bush. Even when there was no lion at all.

Today, we mostly use this subconscious skill to see Jesus face on toast bread and to "read" clouds, tea leaves and coffee powder. Strange rock formations are high on the list, too. Since times immemorial people have been fascinated by strangely shaped pieces of rocks and cliffs, seeing in them human faces and bodies, a menagerie of animals, gods and devils petrified for eternity.

Bulgaria has its fair share of strangely shaped rocks that will turn any travel into a Rorschach test challenge. Many also come with legends to match.

SINEMORETS ECO PATHS
Two coastal eco trails head north and south of Sinemorets, a village on the Bulgarian Black Sea coast within the territory of the Strandzha nature park. The southern eco trail will also take you to a couple of wild, unprotected beaches: Lipite and Listi.

Let lack of information not discourage you. The volcanic rocks are still there, creating a surreal landscape. 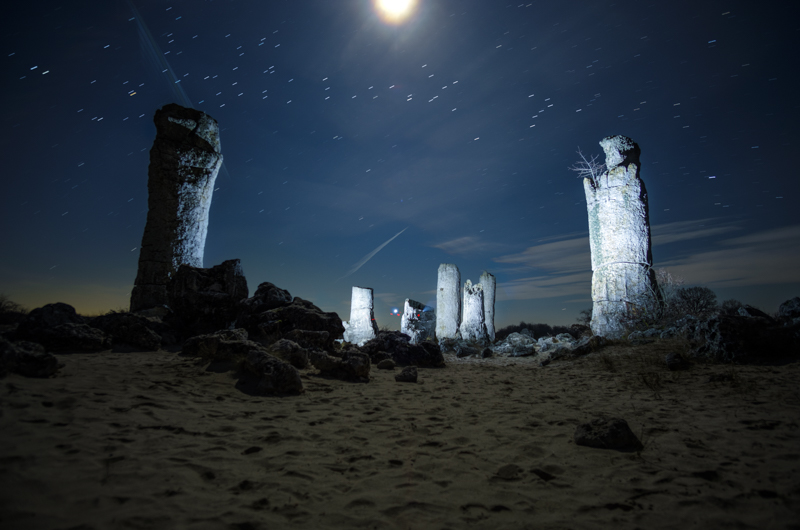 One of Bulgaria's most surreal landscapes is a short drive from Varna. Spreading over 600 acres, the Pobiti Kamani, or Thumped Stones, fit the name perfectly: among a windswept, sandy expanse dotted with shrubs stone pillar after stone pillar rise. Most are relatively small, but some reach up to seven meters in height and three meters in diameter.

The rock columns make the unnerving impression that they are manmade. In reality, they appeared millions of years ago. How exactly remains unclear. Some say that they are the remains of primeval organisms: prehistoric coral reefs or petrified trees. 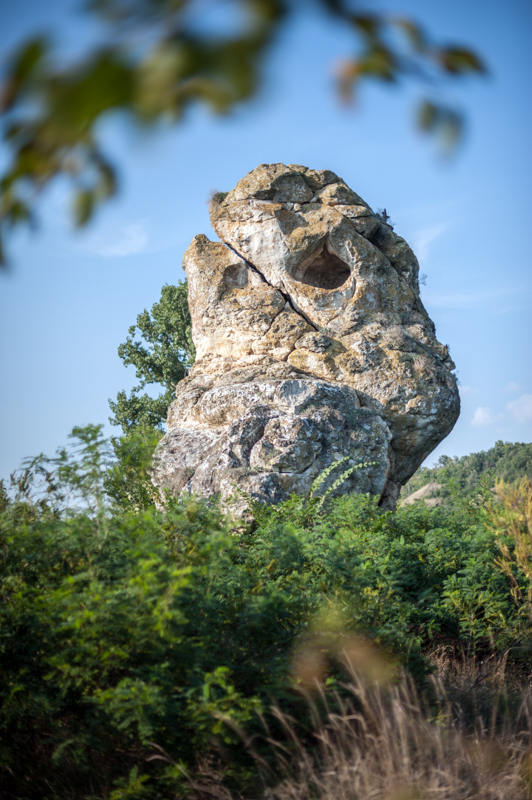 The two stone pillars, rising up to 2.5 and 12 metres by Mechka, a village on the Danube bank near Ruse, were probably formed in the Mesozoic, when dinosaurs roamed the earth. For the local Bulgarians, however, these formidable rocks are linked to mythical hero Krali Marko. In a show of his strength, he is said to have lifted the larger rock of the couple merely with the tip of his finger. 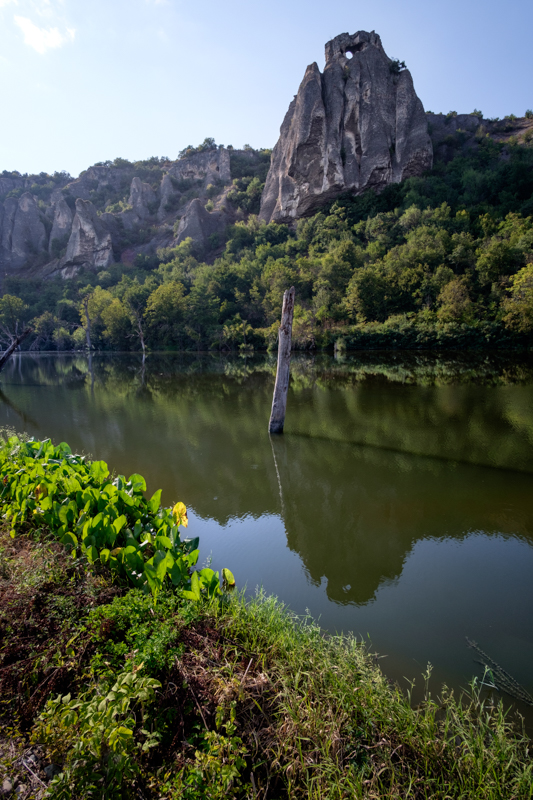 Impressive is an understatement for this rock rising over the Iskar, in the karst-defined part of the river's course, near Karlukovo. From a distance, it looks like a Mayan pyramid, misshapen by the passing aeons. And it has a perfectly round hole on its top, conjuring images of ancient civilisations worshiping sun.

The Provartenik is actually natural phenomenon.

Plenty of people, though, are still sure that it was made deliberately as an observatory for the winter and summer solstices. 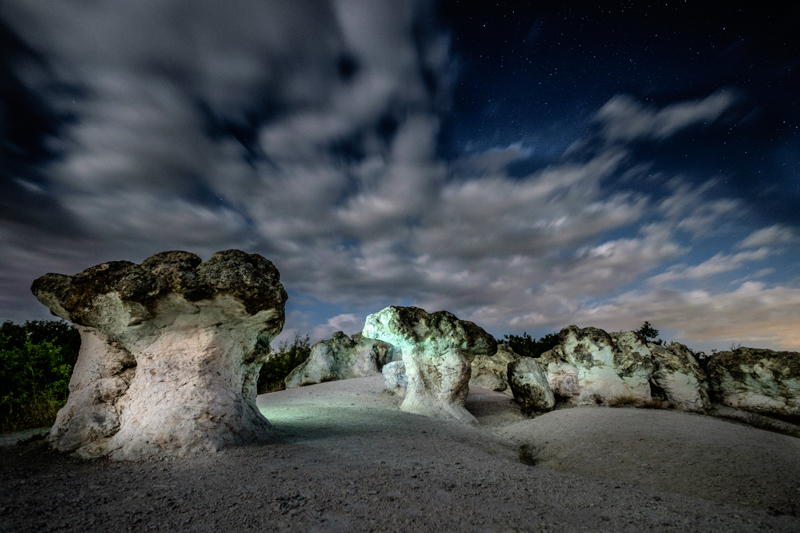 By the road close to the Rhodope village of Beli Plast there stands a group of stone mushrooms. The most spectacular of them rises up to 2.5 m. This phenomenon is the result of underwater volcanic activity, combined with erosion when the sea, which used to cover most of what is now the Rhodope, withdrew.

As with many strangely shaped rocks, the Stone Mushrooms became the stuff of legends. An old tale suggests that these were petrified Bulgarian girls who preferred brave death to falling into the hands of Ottoman invaders. A newer one claims that the zeolite rock the natural phenomenon is made of has almost magical healing powers. You only need a chunk of it in your drinking water, supposedly. 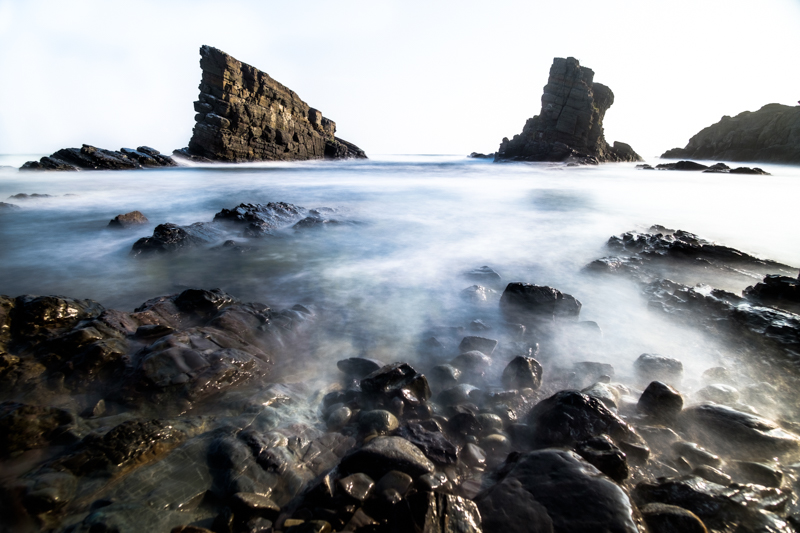 To see one of the most photographed rocks on the Bulgarian Black Sea shore you don't even need to leave Sinemorets. All you have to do is to go to the St Yani rocky bay and look for a pair of rocks that resemble ships of stone. Now you know why they are called Korabite, or The Ships.

A local legend connects the place with a sinister past. Back in the days, the people of Sinemorets were engaged in a rather nasty form of pirating. In stormy weather they used to light fires on the shore, luring passing ships to false safety. Then they looted the shipwrecks.

The place where those maleficent fires burnt? Korabite Rocks, of course. 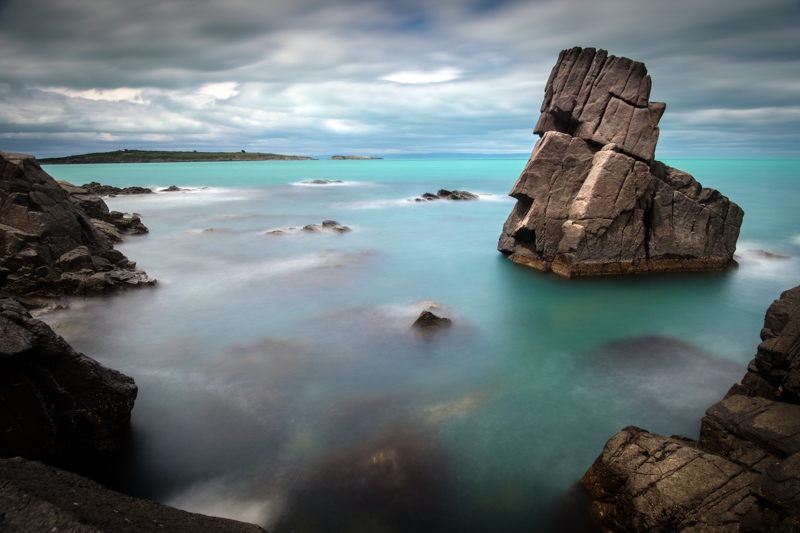 Located by the seaside promenade at the northern part of Sozopol's Old Town (the one without a fake ancient fortress wall), the Palikari Rocks are one of the city's symbols.

Their name means a boy in Greek, the language that since Sozopol's foundation in the 6th century BC until the state-organised population exchanges in the 1920s used to dominate local soundscape.

The name is explained by the story of a local boy who loved diving from the rocks, exploring an underwater cave beneath. One day, however, a storm arose. The boy was trapped in the cave. He never resurfaced again.

A hint: If you know from where and when to look at the Palikari Rocks, you will discover that they quite surprisingly resemble the Easter Island stone heads. 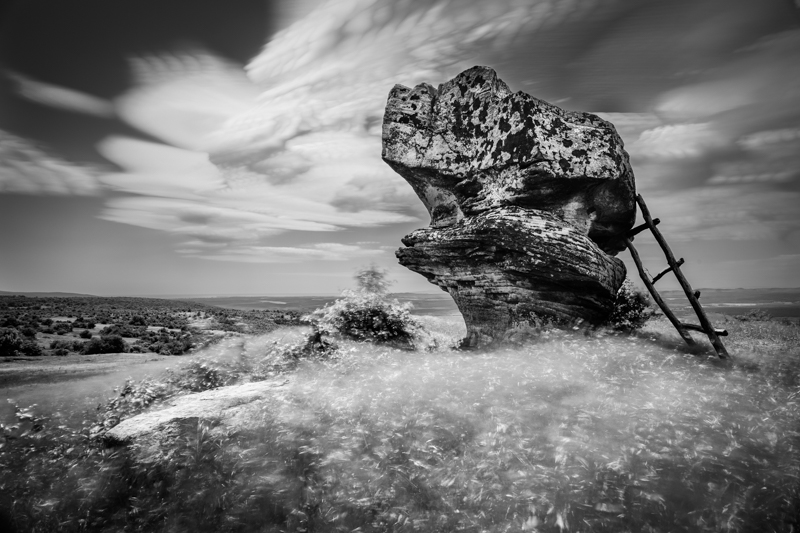 The three stone mushrooms by the Sini Rid village, near Ruen in the eastern reaches of the Stara Planina, are among the lesser known phenomena of the kind in Bulgaria. They rise up to four meters and are the result of wind, water and time working on the soft lime rocks.

They are also the last remaining trace of the village of Dobrovan, which ceased to exist in 1963. Consequently, they are also called Dobrovanski Mushrooms. 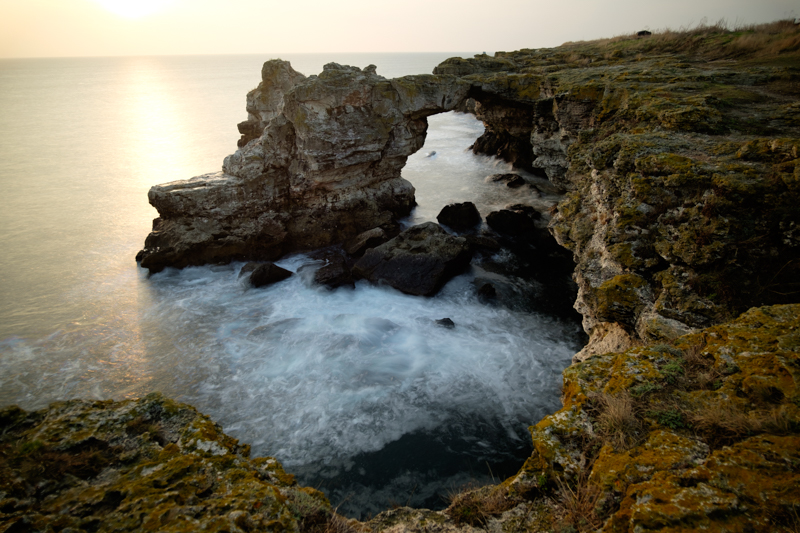 The rocks and cliffs near Tyulenovo village, north of Kavarna, form arguably the most picturesque part of the northern Bulgarian Black Sea coast. Coves and stone pillars, arches and hidden caves licked and beaten by the sea waves: the coast here looks as if created by a crazy superhuman sculptor on a particularly creative day.

While other strangely shaped rocks have tragic legends explaining how they appeared, the Tyulenovo rocks have witnessed a real-life tragedy. Until the 1970s, the cliffs and hidden coves and caves were the home of a colony of monk seals (hence Tyulenovo, or Seal Village). By the late-1970s, the local fishermen had already wiped out the seals because they damaged their nets. Now there are neither nets, nor seals. 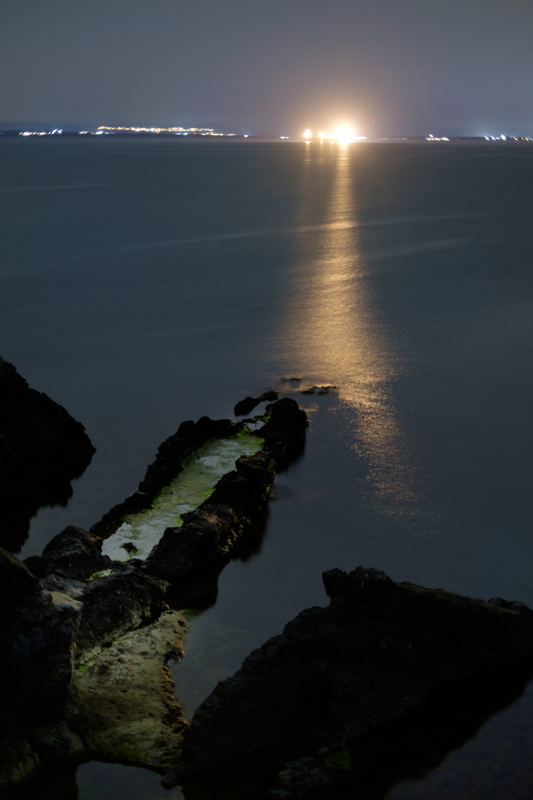 St Anastasia Island, off Burgas, is rocky and covering just 5 acres, but it has accumulated more history than its humble size suggests. It has been inhabited at least since the 4th-6th centuries AD, and in the Middle Ages monastery dedicated to St Anastasia was erected on it. In 1923, the Bulgarian government closed the monastery and turned the island into a political prison for members of the persecuted Agrarian Party and the Bulgarian Communist Party. That is why under Communism the island was renamed to Bolshevik. In the 1960s-1980s, the island became one of the favourite haunts for both tourists and the Burgas bohemians, who loved the rugged terrain, the marvellous vistas of Burgas Bay and the cheap restaurant. With democratisation after 1989, the island's old name was restored. Regular transportation was terminated and the restaurant was closed. For years, the only people on St Anastasia were the keepers of the lighthouse, which was first built in 1888, and in 1914 was replaced with the structure still in operation today. The end of St Anastasia's desolation came in 2014, when the Burgas City Council brought back the island onto the local tourist map. The monastery was restored into a museum, restaurant, hotel.

And there are the Ship Rocks. They indeed look like a stranded vessel.

According to a colourful legend, when pirates attacked the island in an effort to retrieve a hidden treasure, the monks prayed for salvation. Consequently, the invaders' ship turned to stone.