Ruins of Bulgaria's recent past are around every corner, inviting exploration. Contunues from issue 146

If anything defines the modern Bulgarian landscape, it is the abundance of recent ruins left from the time when Communism collapsed and the free market filled the void left by planned economy. Dozens of factories, cooperative farms, mines, monuments and infrastructure projects have now become a treasure trove for the urban explorer.

But while urbex, or urban exploration, generally conjures up visions of rundown sites far from civilisation, in poor corners of the country or dodgy neighbourhoods, in Bulgaria this is not always the case. Some of this country's modern ruins are now in expensive neighbourhoods and city centres. Others are at the centre of public attention with controversial projects for an expensive restoration, effectively becoming the material equivalent of the mythical undead: unable to return to life, but stubbornly refusing to go.

Built in the environs of Sofia in the 1960s, the Kremikovtsi Metallurgy Plant was Bulgaria's largest heavy industry installation. It employed thousands of workers and was seen as one of the most illustrious examples of the rapid development of Bulgaria as a Communist economy.

After 1989, however, it soon transpired that the metallurgy plant was a giant on legs of clay (pun not intended). If it hadn't been for the Communist planned economy, it should not have been built in the first place. In fact, the Kremikovtsi plant was located on a mediocre ore deposit. Lack of local raw material forced the authorities to process ore imported from the Soviet Union. The operation was so economically unsustainable that in practice the state subsidised it throughout its life.

In the 1990s, Bulgaria's shaky economy could no longer fund Kremikovtsi. The complex was privatised. A series of new owners, however, were unable or unwilling to modernise it. In 2010, Kremikovtsi was declared insolvent. It is still there, a ghoulish industrial site on the outskirts of the capital.

The most expensive urbex site in Bulgaria is the child of the Communist planned economy and the chaos of the transition to democracy.

Communist Bulgaria decided to build a nuclear power plant near Belene in 1981. The project started in 1987. In 1990 it was put on hold. The information blackout that the Communist government imposed in the wake of the 1986 Chernobyl disaster had made Bulgarians suspicious of nuclear power plants.

However, towards the end of the 1990s and the beginning of the 2000s, a skilful propaganda campaign swayed the general public attitude in the other direction. Nuclear power plants became a symbol of economic independence and prosperity, a matter of national pride. In 2002, the government decided to relaunch the Belene project. 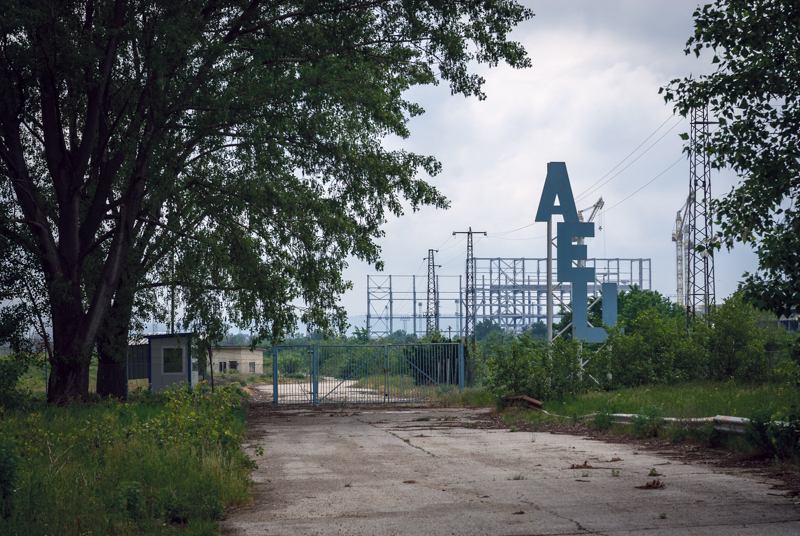 Officially, the new construction effort kicked off in 2008. Importantly, the issues of funding, the overall cost, the contractors and the economic viability of the project were not clearly defined. Some of the investors withdrew amid scandals and allegations of corruption. In 2012, the works were terminated citing lack of funding.

In 2016, Bulgaria was ordered to indemnify the Russian contractor for equipment already ordered and manufactured. In 2017, the government said it would look for a strategic investor to sell the site to, but in 2018 it was announced that the project did not meet the EU's stricter regulations imposed after the Fukushima nuclear disaster. If work on Belene starts anew, a completely new project will have to be designed. 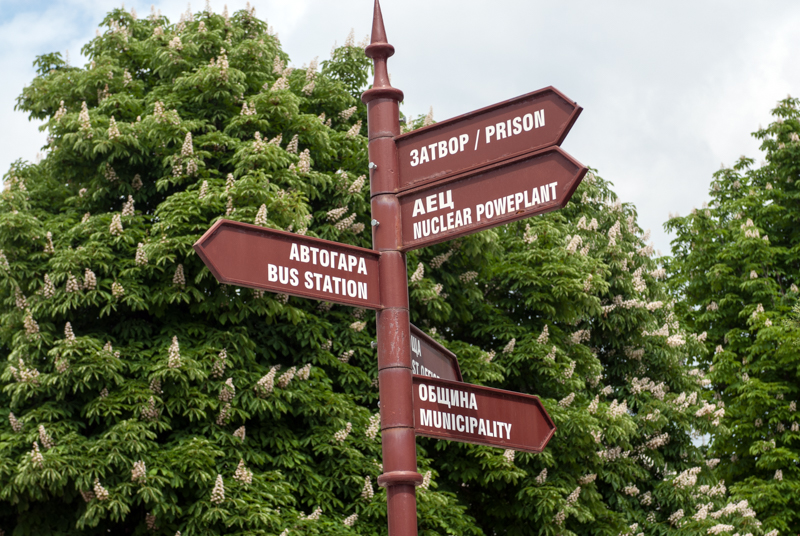 You know where to find it: Belene Town Council has already put the nonexistent power plant on its list of local sites of interest. The prison is in the same direction

The Belene Nuclear Power Plant continues to polarise society. Supporters of the project say it is an investment that will turn Bulgaria into a power engineering leader. Opponents counter that at a time of investment in renewable energy Belene would never be cost effective and would make Bulgaria dependent on Russia. There was even a referendum on the issue, in 2013. While the majority who voted said that they wanted to see a second nuclear power plant constructed, the turnout was too low to make the decision binding.

Meanwhile, the construction site is deteriorating into a very expensive frog-infested pond.

Ironically, the planned second nuclear power plant at Belene is in the immediate vicinity of the notorious Communist-era labour camp for political prisoners.

Under Communism, a young Bulgarian man's worst fear was that during his military service he would be sent to the so-called Triangle of Death. Formed by the military bases at Elhovo, Grudovo (today Sredets) and Zvezdets, in Bulgaria's southeast, the triangle was to be the first line of resistance to what was seen as an imminent and inevitable attack from NATO member Turkey. Everyone serving there was trained to believe that they had to withstand the invasion for as long as possible and then die heroically, buying time for the Soviet Army to arrive from Odessa.

Of the three bases of the Triangle of Death, Zvezdets was closest to the border with Turkey. Located deep in the Strandzha, in the eponymous village, it was discontinued in the 1990s during the reform of the Bulgarian military. Like most other abandoned military bases, it was left at the mercy of the elements.

The Zvezdets military base is a ghostly ruin with its empty living quarters, faded patriotic slogans and murals, and dried up water fountains. The base was operational for some time after 1989, and by the pole, on which the national flag used to fly, the coat of arms of Communist Bulgaria is still visible. Today, Gypsies squat in the abandoned apartment blocks intended for the officers.

Access difficulty: Easy. Theoretically, there is a guard somewhere but you will spend more time looking for him than just going in. 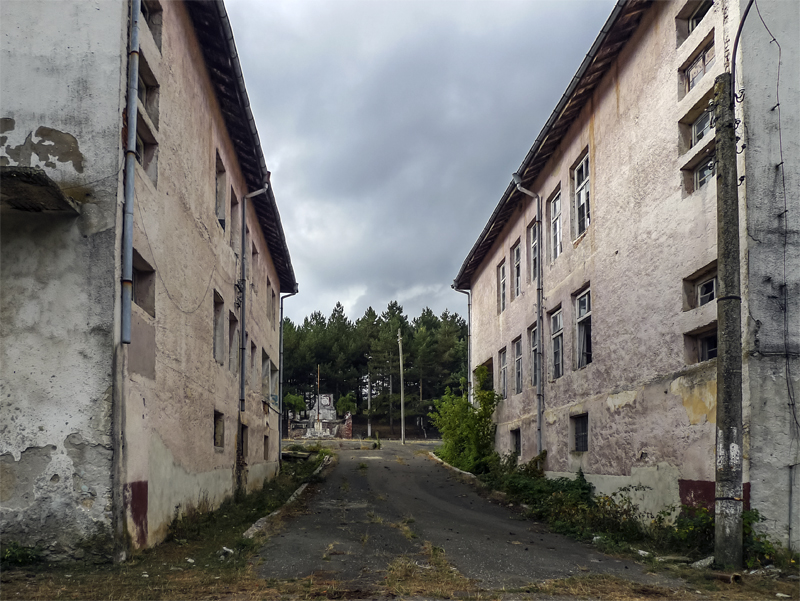 Soldiers barracks from the abandoned military base 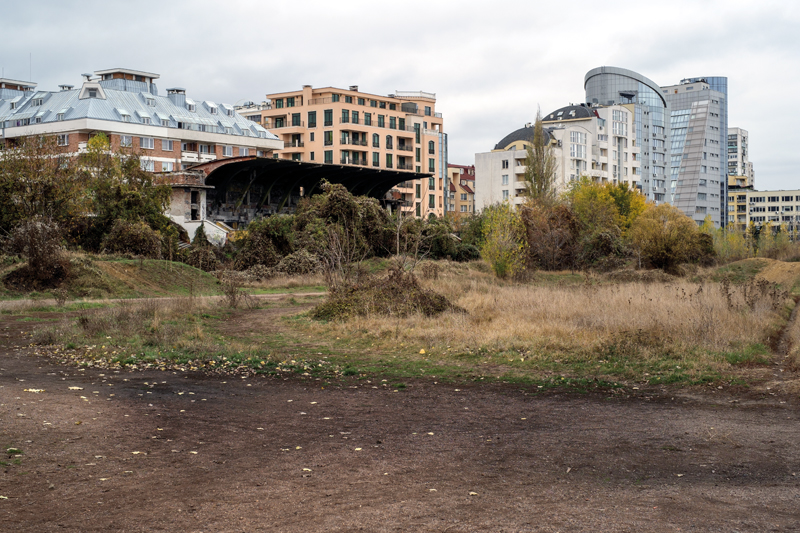 Modern Sofianites consider Motopista a prestigious neighbourhood. However, the flashy façades of the new luxury apartment blocks look down on the overgrown remains of the eponymous motorcycle track.

Sofianites began flocking to this place, then on the outskirts of the city, in the early 20th century, to watch motorbike races. This activity went on well into Communism, when a stand was built, but when the growing city began invading the motopiste environs, the facility lost its allure and began to deteriorate.

Today locals use the overgrown remains of the motopiste track as a substitute for the public green areas that their overdeveloped neighbourhood needs so badly: they jog and walk their dogs and kids. Sometimes young drivers can be seen practicing manoeuvres.

The stand itself is falling to pieces. 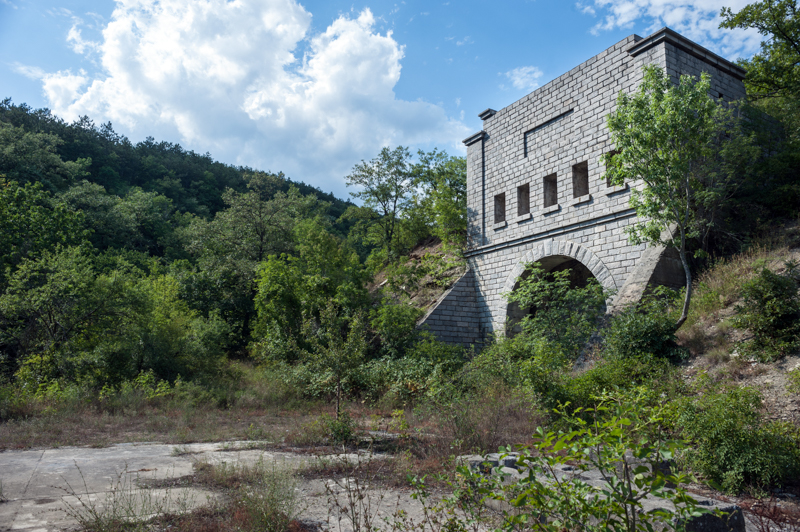 Ever since Bulgaria was founded in 681, the Stara Planina mountain range was a natural fortification that protected the nation from attacks from the south. In the 20th century, however, the range became more of an obstruction to transport than a strategic advantage. In the 21st century, Bulgarians continue to dream of the time when a tunnel will pass under the Stara Planina.

Back then, NATO-member Turkey was seen as Warsaw Pact Bulgaria's enemy number one. In the event of an attack from the southeast, the military doctrine went, the Soviet Army would immediately come to the rescue. The Stara Planina mountains, however, would slow it down. Thus Bulgaria started building a railway which would roughly follow the Black Sea coast all the way to the Turkish border. A 50-kilometre tunnel under the eastern reaches of the Stara Planina was part of the project.

Construction started in earnest, and a 2-kilometre-long stretch of the tunnel was drilled near the village of Kosharitsa, not far from Sunny Beach. The project was shelved, for some reason, at the end of the 1950s. The remains, however, still exist.

Access difficulty: Moderate. No signage, few passers-by will know what you are looking for. Park and walk for up to a mile.

Slivnitsa Boulevard is one of the routes you take to reach the road to Serbia and, ultimately, Central Europe. Beside this busy boulevard, however, crumble the remains of an earlier Bulgarian effort to get closer to European culture and industry. 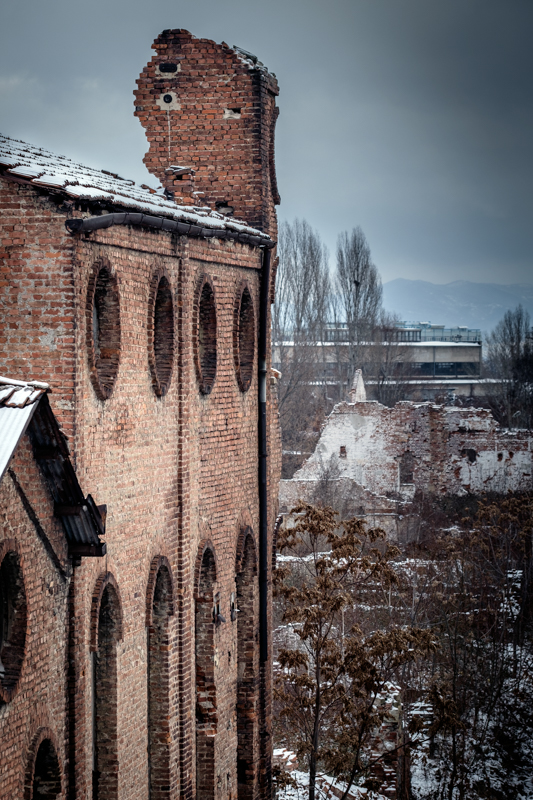 Zaharna Fabrika, or Sugar Factory, was built in 1898 by Belgians: a pioneering enterprise as previously the country had imported all of its sugar. Within a few years the sugar factory became a major employer and many workers were even given corporate housing near it. In 1914, however, the sugar business went sour. The First World War broke out and four new sugar factories opened in Bulgaria. The factory closed down in 1925.

The factory might be no more, but it had already given birth to a new, vibrant neighbourhood. In 1941 the government began the construction of 350 flats for workers. The trend continued under Communism, and the former sugar factory was turned into a granary.

In 1998 the main production hall, with its elegant red-brick neo-Gothic architecture, was listed as a culture monument of national significance. Due to lack of maintenance, however, it began to crumble. Unemployed locals began demolishing whole walls in search of scrap iron. 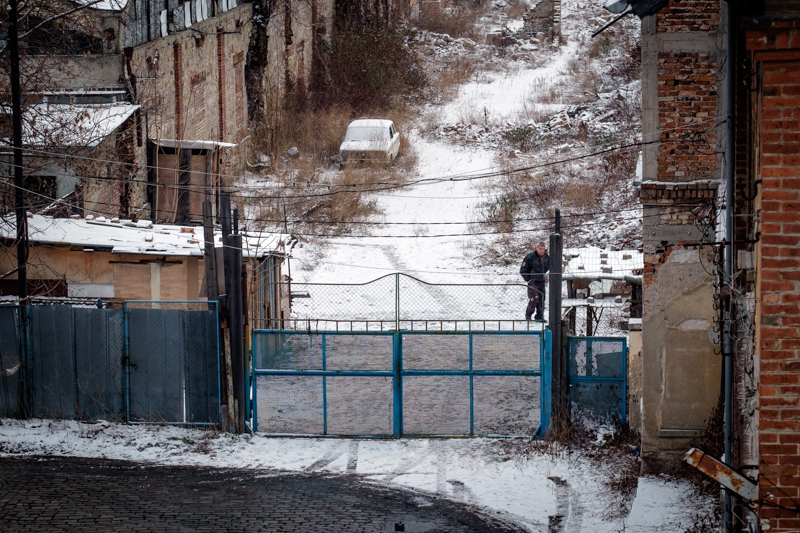 Since the 1990s, ideas for turning Zaharna Fabrika into a modern museum, art space, or lofts have come and gone, with no results at all. The property remains neglected and with each passing day, new bits of it disappear forever. The time will come, and soon, when the only reminder of the factory's very existence will be the name of the neighbourhood, Zaharna Fabrika.

Access difficulty: Easy to moderate. You can't enter because there is a guard. Best views are from the nearby flyover.