Bonjour, Madame!, the fine old gentlemen sitting in the cafés on Avenue Habib Bourguiba, the central street of the Tunisian capital, Tunis, greet me. The morning is fresh with the scent of warm sea meeting warm land. The elegant fin-de-siècle façades on the avenue stand next to modern high-rises, while the narrow side streets are already abuzz with the first shoppers hurrying to the covered market. The medina, or the old city, is packed with locals and foreigners: merchants ply their trade, children hurry to school, tourists browse the leather goods, learning as they go the ancient art of haggling. The Zaituna Mosque, the largest in the city, rises over it all: a beautiful structure that is yet another representation of the mixture of cultures, civilisations, peoples and religions defining modern Tunisia. Many of its beautiful columns were taken from the nearby ruins of one of the most famous ancient cities, Carthage.

The dominant seat of civilisation in the Western Mediterranean, Carthage famously fought against and was subjugated by the Romans. They destroyed it, only to build it anew. Then came Christianity and Islam, the Vandals and the Byzantines, the Normans and the Ottomans, the Spaniards, the French and many others, imposing their short or longer-lived influence on Berber and Arab culture. Independence was won in 1956, and modern Tunisia was born, a country that cannot easily be defined. Its many faces are mirrored even in its geography. The northernmost point of Africa – at Iles des Chiens – in in Tunisia. Here the Sahara and the Atlas mountains reach down the sea, ending in green valleys and hills covered with vines, olive, date and orange trees, and strawberries. Long sandy beaches sweep along the coast, dotted with historical towns, resorts and archaeological sites.

Tunis is a good introduction to the diversity of the country. The beautifully preserved mediaeval medina has the feel of a place where real people live, and not just of a tourist trap. Its dense crowds spill out onto Avenue Habib Bourguiba, which was built under the French occupation and has an unmistakable southern European feel. Near the capital are the blue-and-white traditional town of Sidi Bou Said, and the ruins of Roman Carthage. A suburb of Tunis is the home of one of the most incredible collections of ancient mosaics in the world: the Bardo Museum. Located in a richly decorated Ottoman palace, the museum preserves mosaics that astonish with their size, state of preservation and artistic quality, the main theme being the sea with its real and mythological creatures. The scene of an atrocious terror attack in 2015, the Bardo museum is now also a quiet reminder that life at the meeting point of different ways of thinking has not always been peaceful.

Outside the capital, Tunisia is ripe with possibilities for a leisurely vacation by the sea, or for more adventurous exploration. The resorts of Monastir, Sousse and Hammamet are among the most popular, and for a reason. Blessed with beautiful beaches, they also have a variety of options for sightseeing. These include, but are not limited to, a well preserved mediaeval ribat, or fortification, in Monastir, and the summer residence of statesman Habib Bourguiba, which is a masterpiece of 1960s architecture and design. Sousse's medina is smaller than the one in Tunis, but is also more manageable, and the local museum rivals the Bardo with the beauty of its Roman mosaics. Hammamet's medina is a maze of white walls and brightly painted doors that entice you to take photos at each turn. Outside it is one of the most pleasant Tunisian surprises. Built in the 1920s, the modernist villa of Romanian millionaire George Sebastian is full of art from that period and is set amid a lush orchard, the ideal place to take a rest and to discover the difference between lemon and bergamot.

The maze-like medina of Tunis is both a great delight and a challenge to stop yourself on spending all your money here on crafts and food, and not to get lost

For the more adventurous, there is Tunisia's desert. It is worth a visit not only for its sense of emptiness and its ever-changing appearance, but also for its wildlife, local communities and the remaining sets of the Star Wars movies (all but Episode V were shot there). Some of the most popular are Sidi Bouhlel ravine, Djerba and the town of Tataouine, which inspired the planet Tatooine.

Visitors who are still not sated with the world-class Roman heritage of Tunisia should also see El Djem. With a capacity of 35,000, this Roman amphitheatre is the third largest in the world, and is in much better condition than the Colosseum in Rome. No wonder it is a UNESCO World Heritage Site.

Tunisia transcends mere sightseeing and sunbathing. Intertwining seamlessly Mediterranean and desert traditions, local food is simple, yet delicious. To make things even better, Tunisia has wines to match it.

And there are the people – genuinely friendly and happy to greet the foreigner with a heartfelt Bonjour, Madame! on an early morning.

A gate physically and symbolically separates the mediaeval medina of Tunis and the European part of the city. Tellingly, it is known by two names, depending of which way you look at it: Bab el Bhar or Porte De France

The ruins of Carthage are from the Roman times. The Romans did their best to obliterate every trace of the Carthaginians, their great foe 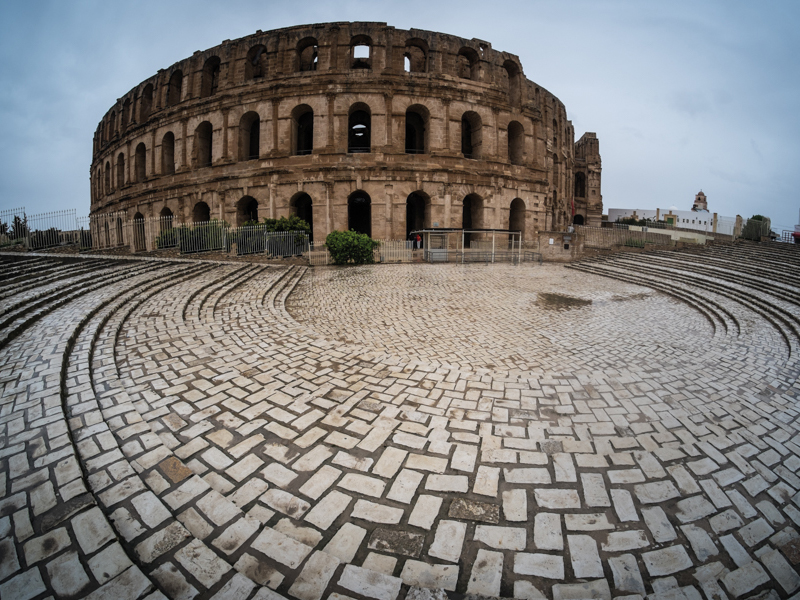 The ancient Roman amphitheatre in El Jem remained more or less intact until the 17th century, when some of its stones were used for construction material. It is still in better condition than its bigger brother, the Colosseum in Rome 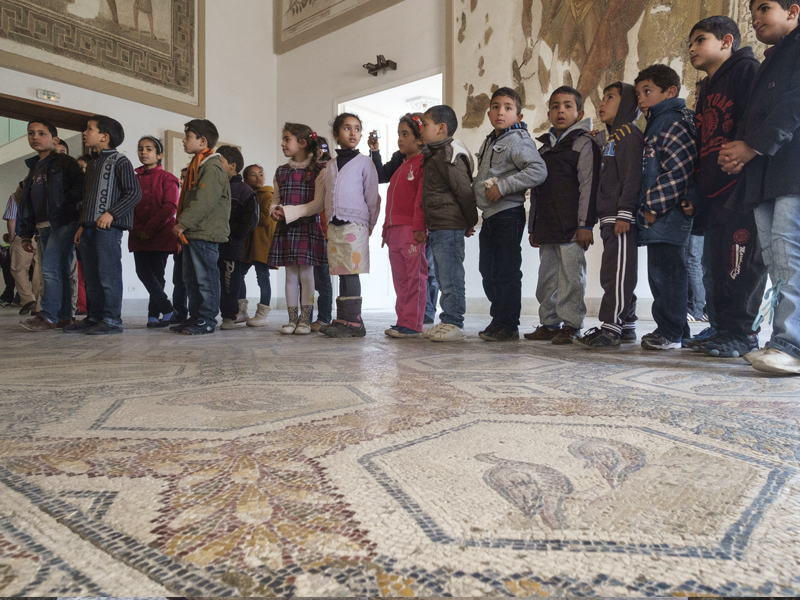