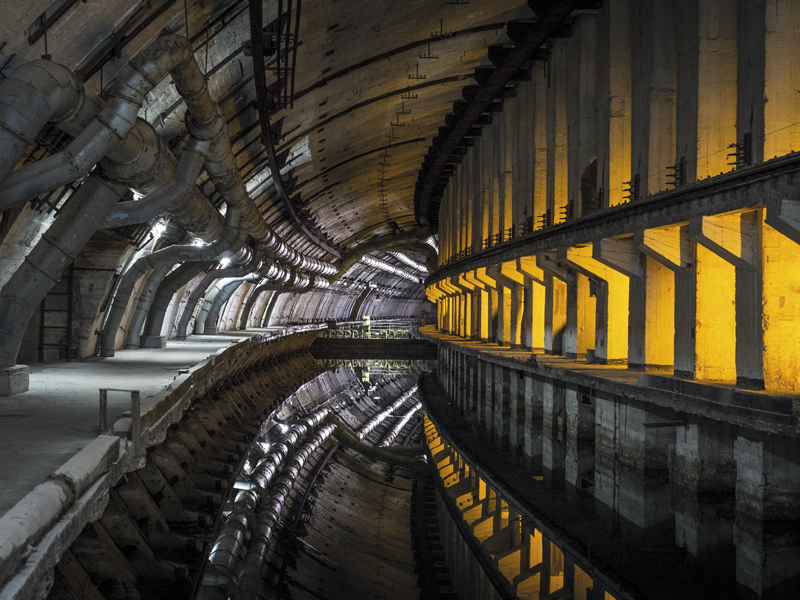 Up to seven submarines could be docked in the water corridor. Today the museum uses it for boat excursions

Balaklava: to the people in the West, the name evokes associations with the knitted facepack seen in Hollywood films about terrorism and bank robberies. The more historically minded would also think of the Crimean War of 1853-1856, when the heroic, but pointless Charge of the Light Brigade took place. If you dig deeper into the history of this small town, which is now a neighbourhood of Sevastopol, you will discover more military connections. During the Crimean War, Florence Nightingale worked in Balaklava, and British photographers took the first 360-degree photographs in history there. A picturesque ruin of a Genovese castle stands on one of the slopes above Balaklava; in the Middle Ages it provided security for a busy international slave market, an outpost violently contested by Genova's arch rival, Venice. The Ottomans took the town with a war in the 15th Century, and lost it, in another war, to Russia, at the end of the 18th Century. In the 1920s-1930s, Balaklava became a pioneering centre for the Soviet submarine corps, and it suffered heavily during the Second World War.

It was a later conflict, the Cold War, which provided Balaklava with its most astonishing piece of military history. Here, hidden deep under the rocks of the Taurus mountain operated one of the USSR's best kept secrets: an underground base for submarines that the Soviet liked to lie about that it contained no nuclear weapons. 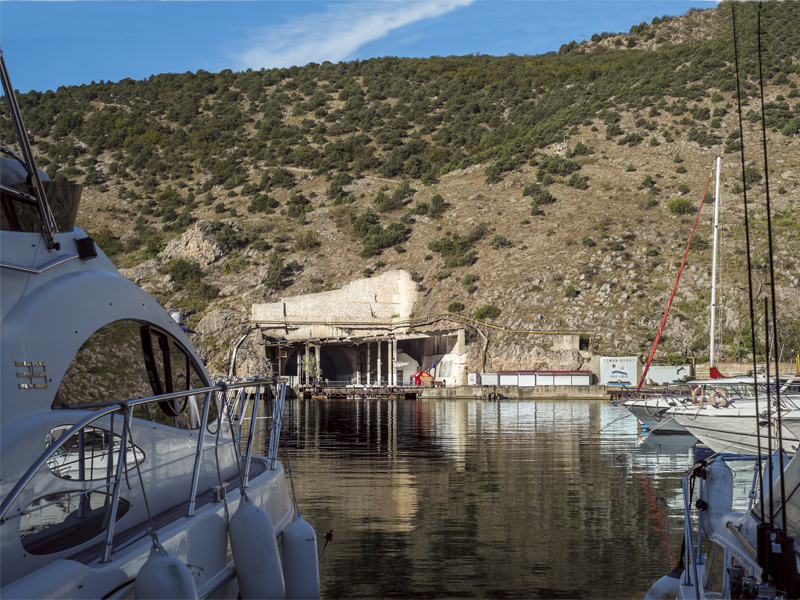 The two entrances to the base were virtually invisible. Now it's also difficult to discover them while walking the streets of Balaklava - some habits die hard

At the time, Balaklava was strictly a no-go zone. The town's residents were employed exclusively at the base, and a special permit was needed for outsiders to enter the area. To the outside world, Balaklava was nothing more than the location of a special production factory named Metalist, or Metal Worker.

That Balaklava became a top secret military facility soon after the first Soviet nuclear test, in 1949, was inevitable. The town is at the end of a narrow bay, which curls between the steep mountain slopes and is completely hidden from the open sea. This is in fact the only real fjord anywhere in the Black Sea. To avoid detection by Western reconnoissance aircraft, it was decided that the whole base would be carved into the mountain. 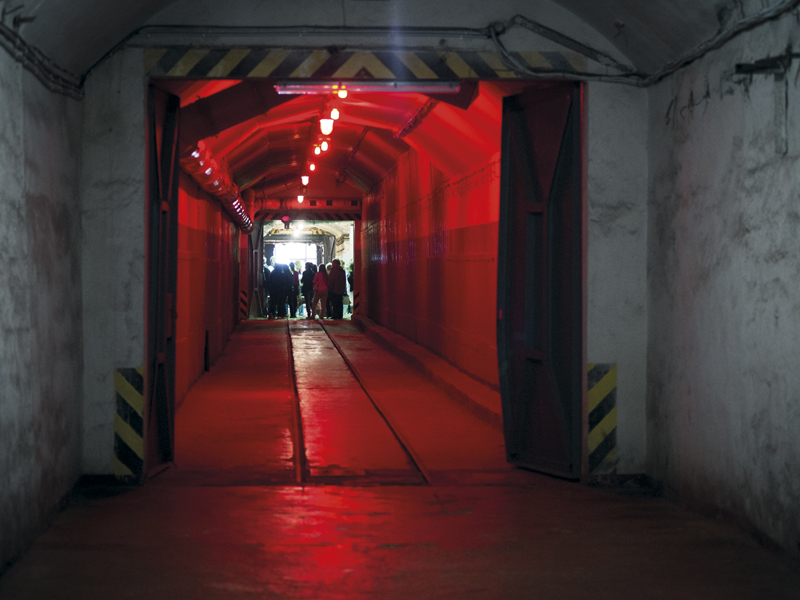 The museum is popular with mainly Russian groups visiting Sevastopol

The creation of the top-secret GTS-825 site was given the green light in 1957, and construction started the same year, to be completed in 1961. The best military engineers were entrusted with the task and civilian builders with expertise in underground construction from Moscow, Leningrad, Kiev, and Tbilisi were deployed to Balaklava, working under the strictest military secrecy.

When the GTS-825 Site was finished, it had a 608-metre underground water corridor with two well-hidden entrances. It was capable of sheltering up to seven submarines; 14 more submarines could be accommodated in the additional facilities. The three-metre thick rock walls and heavy, hermetically sealed doors protected the base. In the case of a nuclear war, the facility could provide shelter, fresh air, water, and food for the base personnel and the 1,500 residents of Balaklava for 30 days. 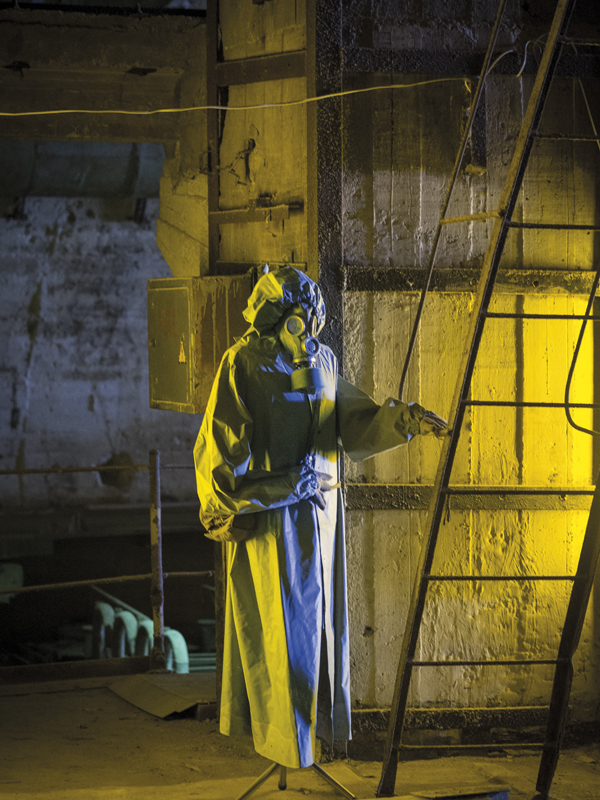 Throughout the Cold War, the personnel at the base was ready for a direct nuclear strike

GTS-825 Site was designed to withstand a 100 kiloton direct nuclear blast, five times stronger than the bomb at Hiroshima.
Happily, the Cold War never turned hot, and the GTS-825 Site was used only for the maintenance of the Soviet Black Sea submarine fleet. When the USSR collapsed, in 1991, the base remained operative for two more years. It finally shut down in 1993, after the nuclear disarmament of independent Ukraine.

The former military base remained closed until 2002, when it was turned into the Naval Museum Complex Balaklava. 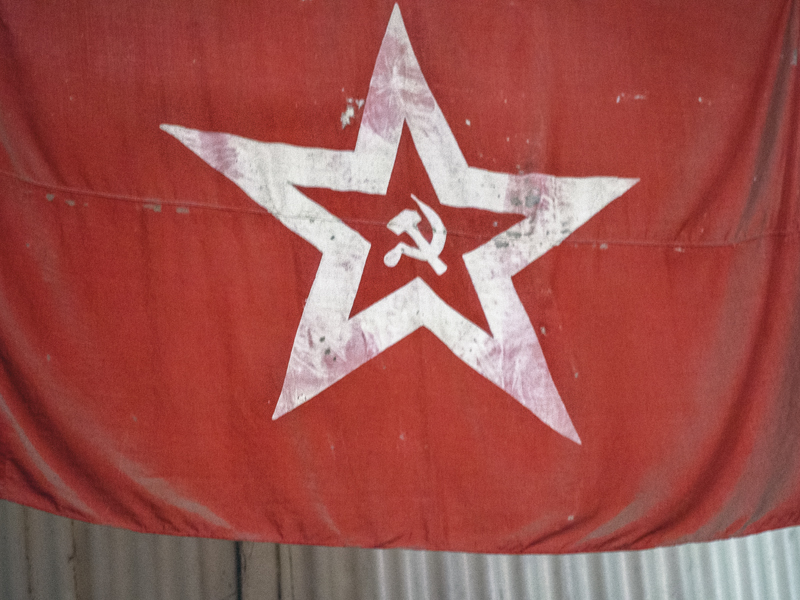 The trip there, through the service rooms and the seemingly endless underground tunnels brings you back to the time of the armaments race, and not only because of the Aw's and Oh's of Russian tourist groups listening to the proud tour guides, who recall the glory of the former Soviet war machine, while pointing out exhibits of different types of submarines and machinery.

Each detail in the museum evokes an atmosphere of hidden menace. The damp air, the rusting electrical circuits and door hinges, and the recurring sound of alarms send shivers up your spine, as does the tiny, harmless-looking metal carcass of an actual nuclear warhead, marked with the ominous black-and-yellow hazard symbol. Slogans urging workers and personnel to guard their tongues, as the enemy is ever present – and listening, are all over the place. 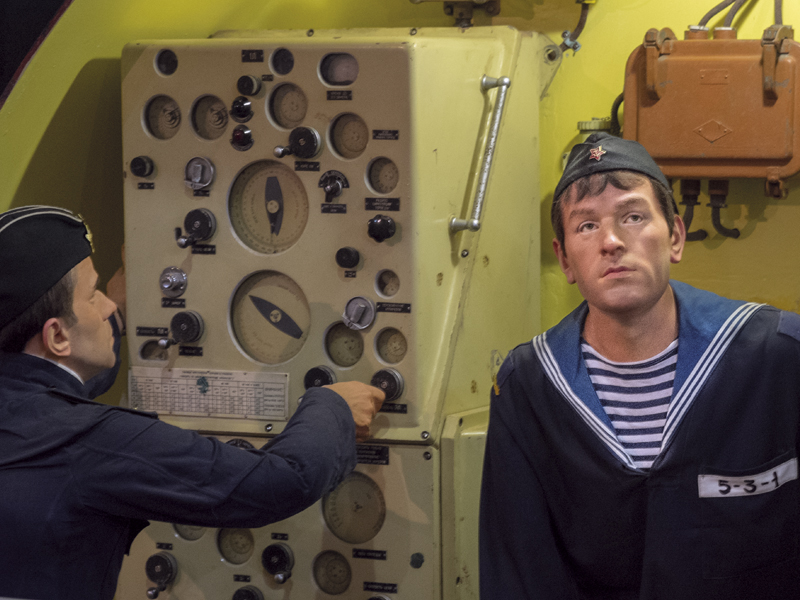 As we all know, in 2014 Balaklava, along with the rest of the Crimea, was annexed by Russia, prompting perhaps the most serious hostilities in the former Soviet Union since the end of the Second World War. Very few outsiders have visited since then. But according to the Internet, the Naval Museum Complex Balaklava remains open to visitors. So, hurry to see this curious piece of Cold War history before Putin puts it to its original use again. 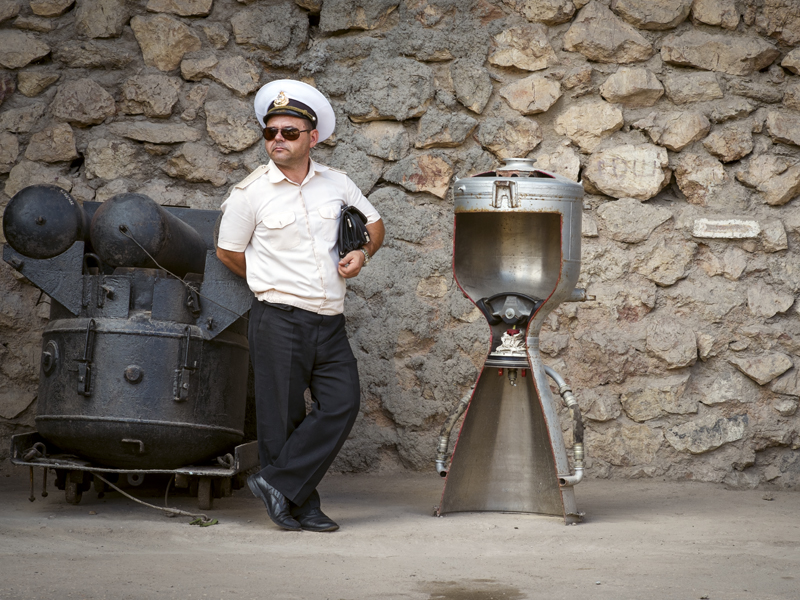 The base was closed in 1993, when independent Ukraine demilitarised