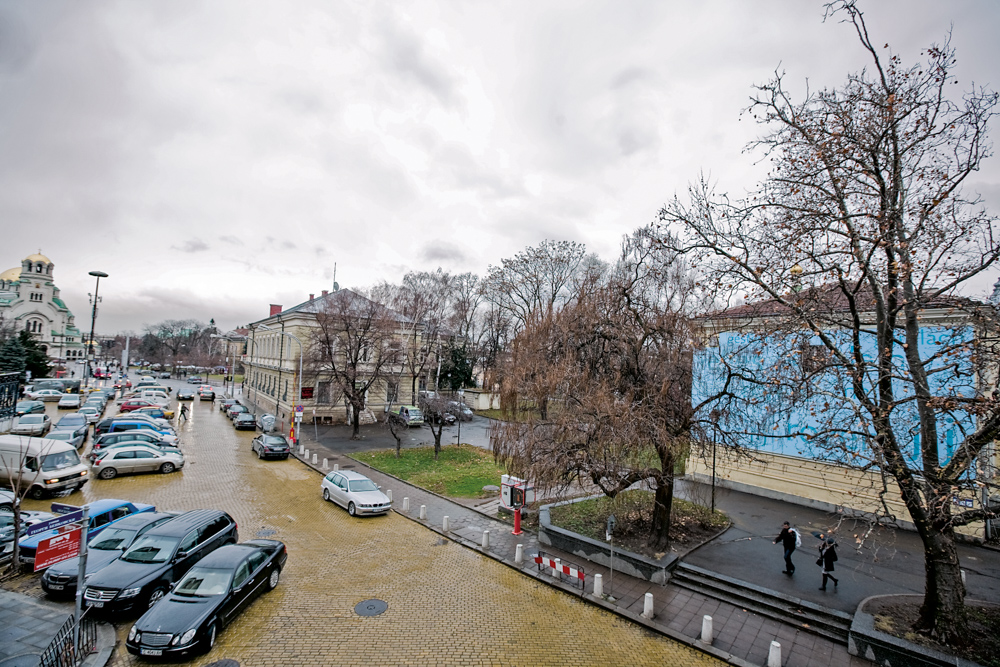 Jan Hanlo is one of the most famous poets in The Netherlands. Born in 1912 in Indonesia, he moved to London with his mother after his parents divorced. On the eve of the Second World War he lived in Amsterdam and had begun studying psychology, but his studies were cut short when he was sent to Berlin to work for the Germans. In the meantime he had become aware of his homosexuality. After graduating, he worked at a psychiatric hospital and taught English as a sideline. His personal psychological problems worsened and he ended up in a clinic – later his experiences there underlay some of his writings. After leaving the hospital and having been diagnosed with schizophrenia, he headed for Amsterdam, where he met poets from the Movement of the 1950s. It was in Amsterdam where he wrote his poem "Oote," which brought him renown. His is a unique style that resembles children's nonsensical poetry by combining various sounds – an avant-garde approach for the time. He also began writing some prose – short stories without plots. His homosexuality never stopped making his life diffcult: once he got imprisoned for a month because of his relationship with a 15-year-old boy, and later, due to public intolerance of his way of life, he left for Morocco. In 1969 he returned from Marrakech with a 13-year-old boy, who was soon sent back to his homeland by the Dutch authorities. A week later, on 16 June 1969, Hanlo died in Maastricht in a motorcycle accident. 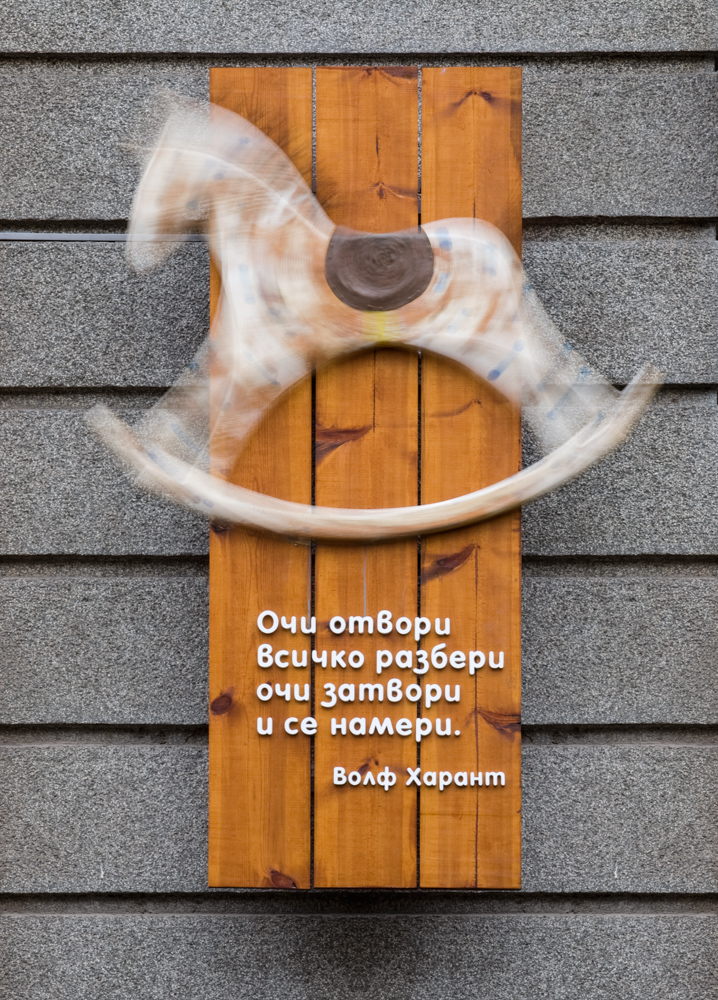 Born in Vienna in 1941, Wolf Harranth is the author of children's and youth literature, as well as a translator, literary critic and editor. Until 1985 he worked as the editor-in-chief of the Jungbrunnen publishing house and has also worked in television. His translations include works of Mark Twain, Rudyard Kipling and Oscar Wilde, among others. He is the author of The Pink-Eared Elephant (1971), The Bird Sings, the King Jumps (1976), My Old Grandad (1981), Dad Lost Something (1991), Our Land – Poems (1992), The Double Oliver (1992), A Tree for Jacob (1993) and The Peach Pit Lives Inside the Peach (1994).

Open your eyes:
it makes you clever and wise.
Close them and see
deep inside: that's me! 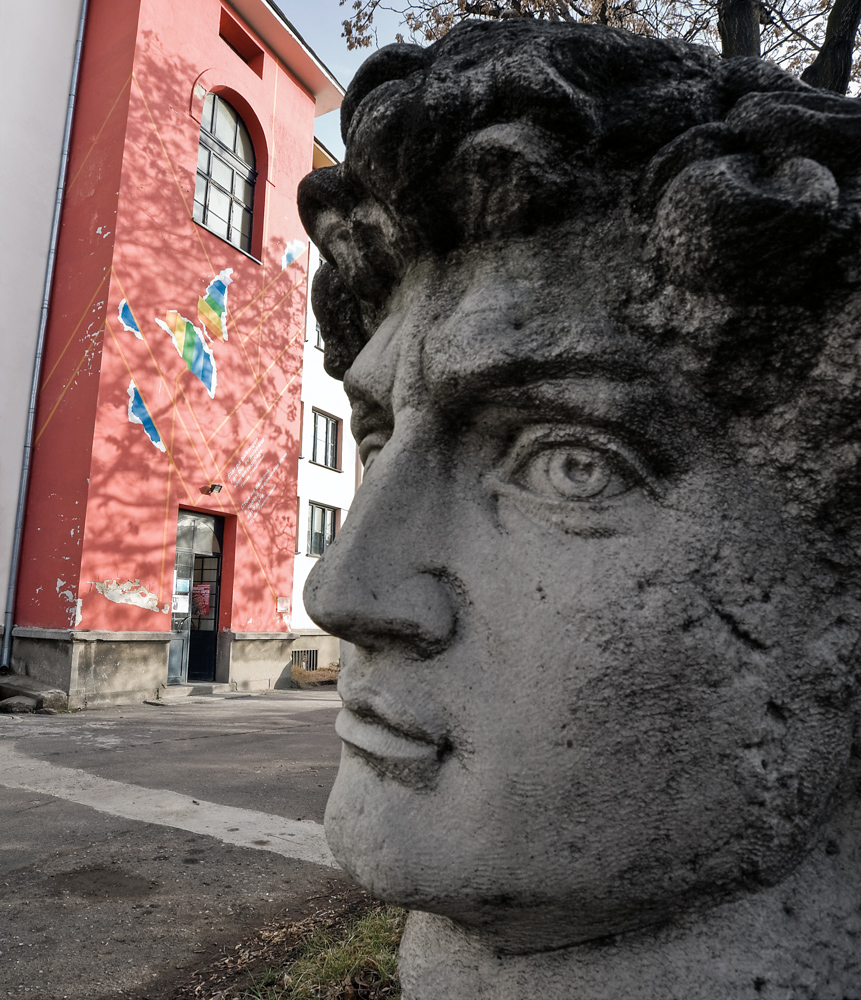 The poet, psychologist and translator Tomas Tranströmer was born in 1931 in Stockholm. Before becoming interested in music – he played the piano and the organ – and drawing, he was obsessed with archaeology and science, and dreamed of becoming an explorer. He studied in a classical school, where he began to read and write poetry. In 1956 he received his degree in psychology from the University of Stockholm. As a psychologist he worked with problem children, people with disabilities, convicts and drug addicts. From the mid-1960s he split his time between writing and working as a psychologist. He often gave readings at US universities, often with his friend and fellow poet Robert Bly. He has travelled around the world, including to the Balkans – he both visited and was published in Bulgaria – Spain, Africa and the United States. In 1990, a year after publishing his tenth book of poetry, For the Living and the Dead, he suffered a stroke that affected his speech. Tranströmer is the author of nearly 30 books and has sold thousands of copies of his work in his home country. His poems have been translated into more than 50 languages. He is a master of transcendental poetry, and in his verse has experimented also with metre. He has won many prestigious awards, and in 1997 a prize was instituted in his name.

On the balcony
standing in a cage of sunbeams –
like a rainbow. 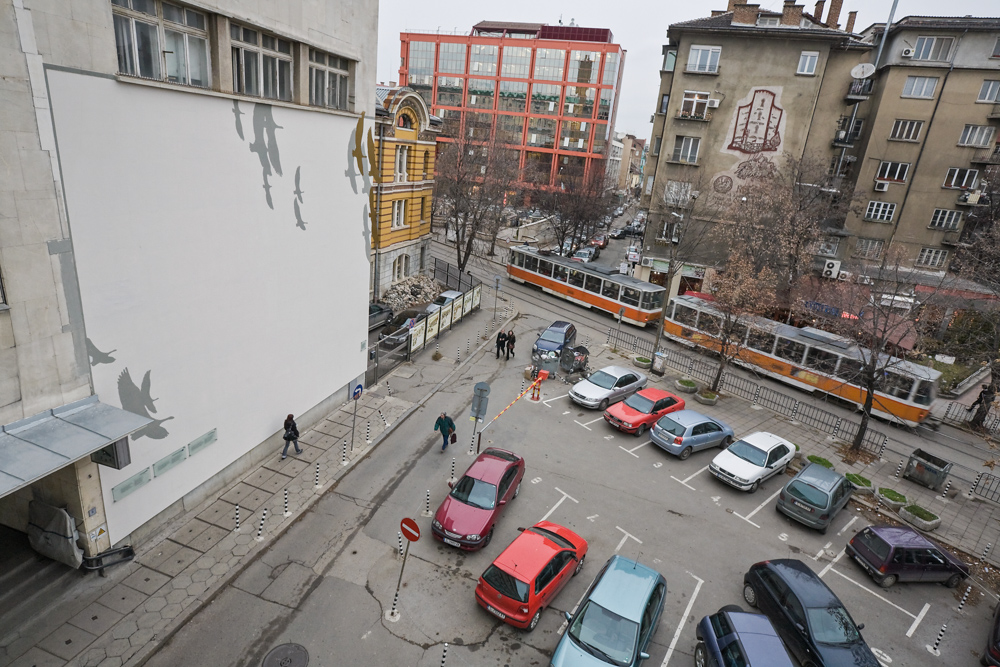 Jaan Kaplinski, born in 1941, is an Estonian writer, translator and poet whose works have enjoyed international recognition. His mother was Estonian, and his father was a Pole who disappeared in the Soviet labour camps during the Second World War. Kaplinski studied linguistics at the University of Tartu and wrote his first romantic poems – under the influence of Shelley and Lermontov – while still in high school. He worked in the fields of linguistics, sociology and ecology, and has translated poetry into Estonian from French, English, Spanish, Chinese and Swedish. Since 1965 he has published 14 books of poetry, five essays and a number of prose works. He has been translated into Norwegian, Swedish, Dutch, Japanese, Latvian, Russian and Czech. Kaplinski has won several national and international prizes. During the Perestroyka years, Kaplinski worked as a journalist both in his native country and abroad. From 1992 to 1995 he served as an MP in the Estonian parliament, and sympathised with the leftwing liberals. He is interested in Celtic mythology and languages, Native Americans, and classical Chinese philosophy and poetry. He lectures on the history of the Western civilisation at the University of Tartu. Recently Kaplinski has gained popularity as a poet addressing environmentalist issues, as well as for his Taoist views.

I have no soul. I myself am the soul
of a grey stone. I have slept here
until they woke me up, somebody
with a chisel and hammer carefully
tooling the surplus away.
But I am not finished.
This me is something in-between
the rock and some words,
the words something in-between
me and some wordless thoughts
in the heart of the grey rock
where time has no place,
where place has no name.

BEAR BOY
"Can I get you anything else, Bear Boy?" inquired the waiter of the neighborhood hole-in-the-wall café with an ill-contained smirk.
REGIME CHANGE, An excerpt
The white Renault parked in front of the House of the Communist Party. The chauffeur rolled down the window to have a smoke. Dimcho took a few moments sitting quietly in the back seat.
THE WRITER AS SPY
I have a story in which the main character is a voyeur. It is called The Red Room. Every few months this guy rents a new place to stay in search of more and more new scenes for observation.
RAKIYA, a short story
Comparisons of rakiya and other spirits are nothing new in Bulgaria – one such competition takes place annually in Sofia – but those contests consider alcoholic drinks mass-produced by established wineries and corporations.
RED TIDE
To defrost from a long Arctic Vortex and to draw mangroves in charcoal I flew to an artist colony near Fort Myers, Florida, on an elongated and thin island, a Key.
ALONE TOGETHER
We're in the time of COVID-19, and I'm in the southernmost country in the world, save for New Zealand and Antarctica.
THE SHAPES WE TWIST INTO
I've been to Bulgaria twice, separated by a gap of three years, though it feels like I've actually been to two different Bulgarias. This difference is on my mind as I think of how my home country, America, has changed in about the same timeframe.
DESCENDING EVEREST, An excerpt from a novel
Mt. Everest, April 2011
BEING HAPPY
The White Gentleman decided that the weather was too beautiful this morning to waste the day in everyday nonsense. Therefore, he put on his happy hat and flung the door open with a flourish.
SAN SALVADOR
If somebody's heart stops due to a trauma, such as a car accident or a fall, CPR cannot save them. I know this, but I don't know if it is the same with cycling.
THE BOY, BORN FROM AN APPLE
Once upon a time, a husband and a wife lived in a town. They were very rich, but had no children. They were very sad about this.