WAR ON THE ROADS 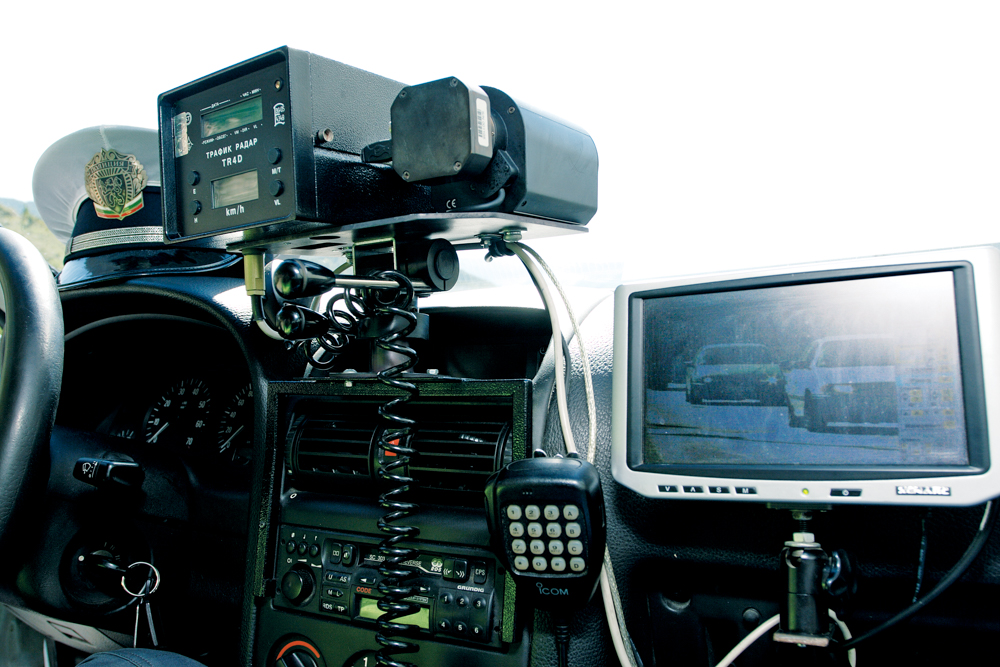 In the summer Bulgaria became the latest EU country to introduce tougher legislation to curb what many pundits have dubbed the ongoing “War on the Roads”. Under new regulations, drivers who speed will have to pay heavy fines (up to 300 leva, or over £100) and risk having their driving licence suspended for up to three months.

Anyone who has sat behind a steering wheel in Bulgaria will supposedly heave a sigh of relief as – at least theoretically – the new measures might indeed make Bulgarian roads less dangerous. Yet many people have expressed doubts.

The new measures will only boost corruption, the sceptics surmise, stressing that the very nature of the new rules, which involve using hidden cameras and plainclothesmen in unmarked vehicles, are designed to just punish and collect money rather than make drivers aware they have to slow down.

The much vaunted “War on the Roads,” therefore, will have new players. Previously, it was fought between pedestrians and motorists or between motorists driving slow cars and motorists driving fast cars. Now it will be between drivers and cops. The Traffic Police, according to Bozhidar Vuchkov, the chief of the Roads Crimes Department in Sofia, have installed 33 mobile cameras and 400 radars, in and out of builtup areas, typically after slow-down signs and at stretches that “invite” speeding. In the Sofia area, there will be a Traffic Police car at least every 60 kilometres. Vuchkov asserts that the new equipment is “foolproof,” but our advice is “Don't test it!”.

But does the new system really work? If the deadly KAT statistics are anything to go by, the answer would be a resounding “no”. There is actually an increase in lethal road accidents since the new rules were introduced. In April 2007 there were 585 accidents, resulting in 68 deaths. In July, when the measures were introduced, there were 677 accidents with 84 deaths. And in just the first half of October there were 351 accidents with 54 deaths. The KAT may have to do something other than rely on its new high tech equipment.

HOW WILL FOREIGNERS BE AFFECTED

The Traffic Police have powers to suspend and confiscate foreign driving licences on the spot. If you are only punished with a fine, you have to pay before you are allowed to drive off. According to Bozhidar Vuchkov, the procedure is this. The policemen on the road will stop you and show you a video radar picture where you will see yourself happily speeding. The cops will then fax the picture to their local police directorate. The local police directorate will fax back the akt to the cops. The cops will give you the akt to sign. You will then be required to go to a bank and pay the money. Then you return to your vehicle and you can drive off.

Option Two. You are caught speeding by one of the 33 cameras installed on roads or in unmarked moving vehicles. The picture will be sent by post to the owner of the car. You – if you own the vehicle – have three days to complain. If you don't, an akt will be issued in your name. If you are out of Bulgaria and just chuck the akt in the dustbin, the cops will remember next time you visit the country.

Where will you wait while the traffic police stop you and initiate what appears to be a very complicated procedure you may not readily understand?
Vuchkov advises: “On the road or at a petrol station.”

Caught at night?
No problem... According to Vuchkov, you can go to a bank as soon as it's open. Only the Kalotina border crossing checkpoint has the facility to collect fines 24 hours a day.

Caught on a bank holiday or at weekend?
...

Smelling a rat?
Don't give cash to anyone, Vuchkov advises.

Getting your licence suspended? Who will take you home?
Your business, according to Vuchkov. If there is another driver in the car, they can do the driving. If you are travelling alone – your licence will be confiscated and sent to the Bulgarian Foreign Ministry. The Foreign Ministry will send your driving licence to your national issuing authority after the period of the incurred penalty expires.

Just passing through Bulgaria?
Not very clear. Theoretically, the cops will have to send you their akt to your home address. Vuchkov says the Foreign Ministry has not yet decided how to punish drivers in transit.

Do you have any legal means of recourse?
Mariana Valkova, who advises VAGABOND on legal issues, agrees that the new measures are foolproof. You can complain to three agencies: the Traffic Police, or KAT, to the district court (in the area where you were caught speeding), and to the regional court. If you've had your licence suspended and it is not returned to you after the penalty period has expired, you can sue the Republic of Bulgaria in a Bulgarian court but, Valkova adds, you will have to prove that you have sustained losses as a result of the delay.