Most museums in Bulgaria are still stuck somewhere in the 1970s in terms of the organisation of exhibits, captions layout, photography policy and the content of gift shops. In recent years this has started to change with places like the Stara Zagora's history museum and the Pliocene museum at Dorkovo village, in the Rhodope.

The most ambitious and creative newcomer is Muzeiko, the first museum in Bulgaria and Eastern Europe specifically designed and built for children. Located in Sofia's Students Town, Muzeiko is the brainchild of the America for Bulgaria Foundation that invested $21 million in the project.

Muzeiko is not just a museum. It is a scientific centre that amalgamates the main fields of science. When children venture on its three brightly lit, colourful floors, they have their first look through a telescope or at the plants in a space hothouse, discover how much they would weigh on Mars. They get a concept of what energy is and learn about the geological and archaeological past of the planet. They get to see how earthquakes and volcanos work, and make their first steps in meteorology. There is much more, of course, as Muzeiko has 130 scientific games in 12 permanent and one travelling thematic exhibitions. 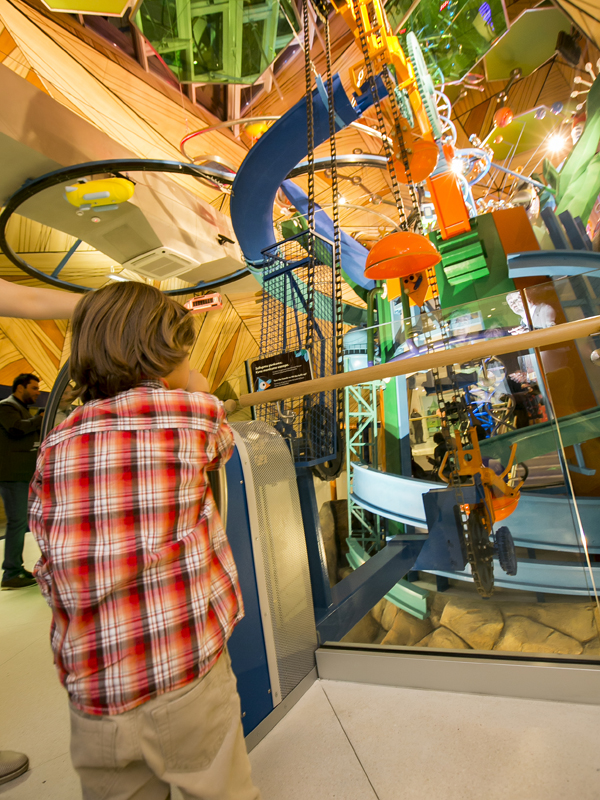 Muzeiko is for kids between four and 12, and follows the philosophy of learning through play and interactive activities. A visit in the centre can take between two hours and a whole day.
The building's concept and its design are by Lee H. Skolnick Architecture + Design Partnership Team (LHSA+DP), an American bureau specialising in children's museums. The building is "green" – it generates its own electricity, collects rainwater and uses geothermal energy for heating. Dozens of Bulgarian scientists, educators and designers contributed in the creation of the exhibition.

A splendid organic food café and a well-stocked gift shop complement the picture of what is arguably Bulgaria's best modern museum.

Muzeiko is open from Tuesday to Sunday from 10 am to 5 pm. It is located is at 3 Professor Boyan Kamenov St. You can plan your visit on www.muzeiko.com. 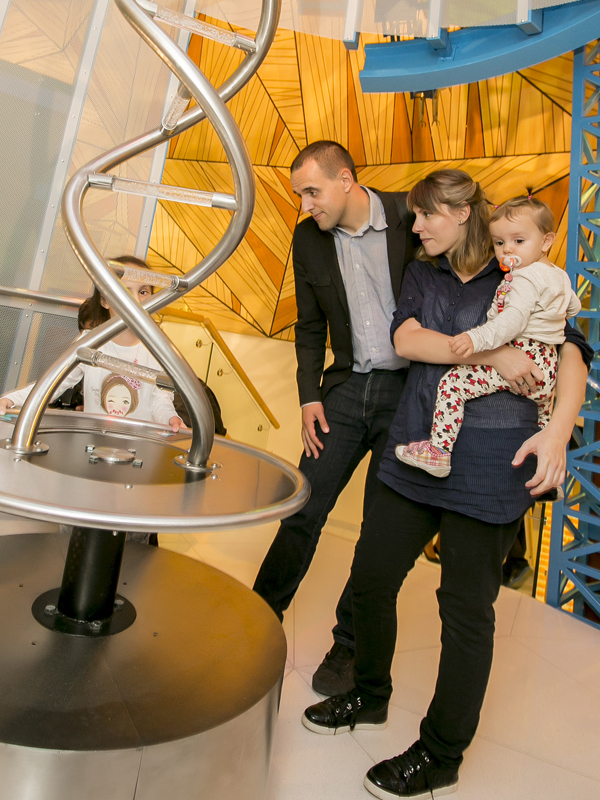 Structure of DNA, ready to reveals its secrets to young visitors 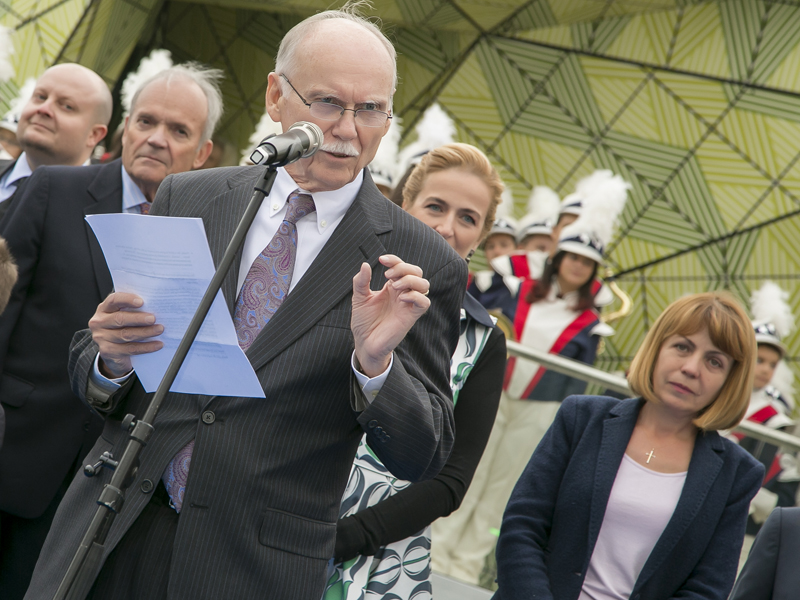 Lynn Daft, Chairman of the Board of Directors, speaks during Muzeiko's inauguration