WHEN A ROSE IS NOT EXACTLY A ROSE 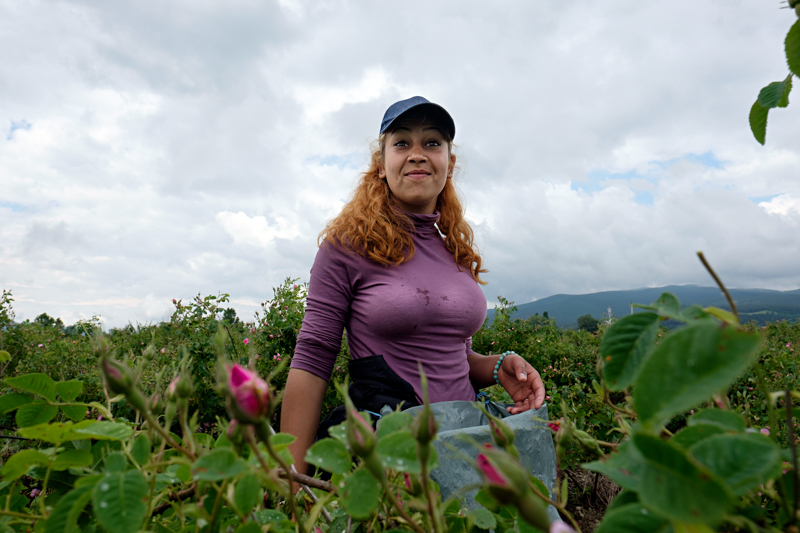 Attar-bearing roses and beautiful girls in traditional attire picking them dominate the images that Bulgaria uses to sell itself to both Bulgarian and international tourists. The rose is on this country's tourist logo, and is all over souvenirs and promotional materials, from postcards and videos to rose-scented soaps.

This trend started even before there was an independent Bulgaria. In 1870, the Austro-Hungarian archaeologist, geographer and ethnographer Felix Kanitz, who travelled extensively in these lands, made a charming engraving of Bulgarian peasants with baskets of hand-picked roses. After the Bulgarian state was restored, in 1878, roses slowly crept into the popular consciousness, although not always in a complimentary way. Created at that time, one of Bulgaria's best-known fictional characters, Bay Ganyo – the closest you can get to the stock Bulgarian, was an uncouth but cunning rose oil merchant. Under Communism, where industrial workers were the heroes of the day, roses and beautiful young female pickers in traditional peasant costumes remained used and overused symbols of Bulgarian identity and uniqueness, found everywhere from souvenirs to boxes of Turkish Delight, on the 50 leva note issued in 1951, and in a significant number of promotional photos about Bulgaria.

Today, Bulgaria's rose fever is as high as ever. Rose oil is a lucrative business: this country is an important producer feeding the perfumery industry of France. Roses are also an easy promotional opportunity for municipalities in the so-called Valley of Roses, the thin strip of land between the Stara Planina and the Sredna Gora mountains where, due to its rare combination of specific soils and climate, the plant grows abundantly. This year, for example, the Rose Festival in Kazanlak lasted for 28 days in May and June. The most popular part of its activities were rose picking ceremonies in the villages and a beauty pageant. 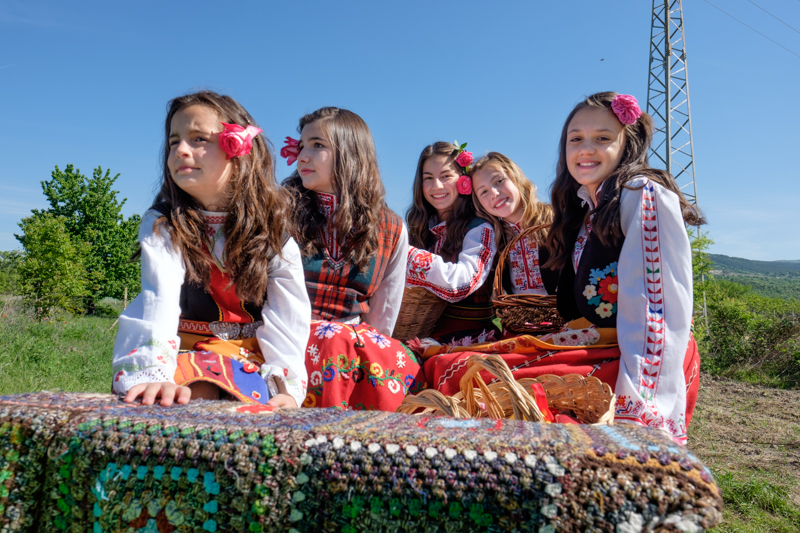 The oil-bearing rose and the industry it is a part of, however, have a side that tourists are mostly unaware of.

The Kazanlak rose, which is the main variety of oil-bearing rose in Bulgaria, is a descendant of the species Rosa Damascena. The Ottoman Turks introduced it to Bulgarians lands from the Near East at the beginning of the 18th century. The history of rose oil production in Bulgaria is a rare example of the combination of favourable conditions, a viable market and enterprising people. In the 18th and 19th centuries, European society became addicted to perfumes. The Bulgarians merchants from the area of the Valley of Roses responded to the increased demand with an increased supply of rose oil, the basic ingredient in many perfumes. By the mid-19th century they were already among the wealthiest of Bulgarians.

They had another stroke of luck at the end of that century, when Bulgaria's independence from the Ottoman Empire had unfortunate consequences for the country's Revival Period bourgeoisie. In the 18th and 19th centuries, the towns in the Stara Planina mountains and in the valleys south of them had become rich through sheep farming and the weaving of woollen braid, which they sold to the Ottoman army. With liberation, they lost this lucrative market and the import of cheap manufactured goods from the West was the final nail in their coffin.

Only the production of rose oil remained unaffected by the changes. Today Bulgaria is among the world's largest producers of attar of roses, along with Turkey and France. In 2014, Bulgarian rose oil became a protected geographical indication.

Years have gone by but the image of the rose picker has remained the same. Just as in Kanitz's time, during the Rose Festival you will see fields full of young beauties in traditional costumes nimbly picking the flowers in the bright sun. Everything gives the impression that this occupation ought to be included in the world's 10 Best Jobs list, but real-life rose picking has nothing to do with this idealised picture.

The rose is a delicate plant. Its essential oils begin to evaporate when the sun is hot and for this reason, rose pickers – the real ones and not those from the postcards – are in the fields at five in the morning. The bushes are wet with dew, the thorns pierce even the strongest clothes and your feet get stuck in the cold mud. No rose picker is clad in traditional costume – they all wear their oldest clothes. 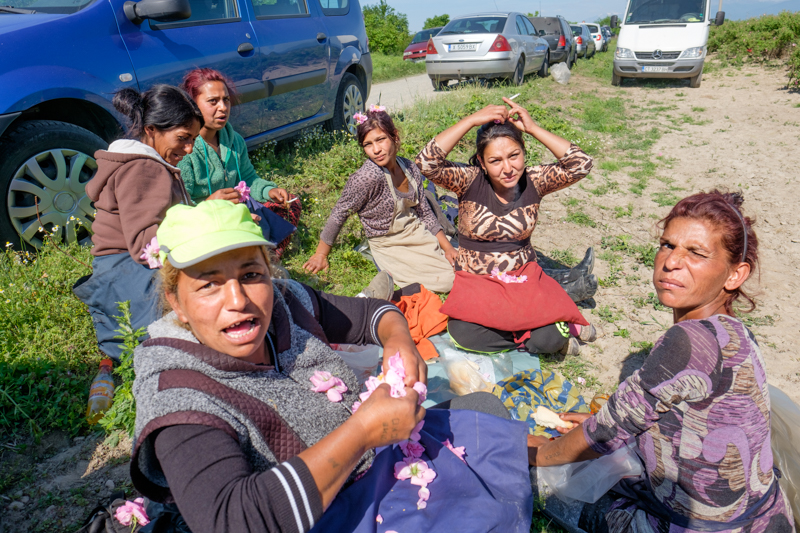 As in Kanitz's time, roses are picked by hand, but instead of picturesque baskets, they are stuffed into ordinary large, and much more convenient, plastic bags. Those toiling among the flowering bushes are mainly Gypsies.

They live in small, third-world-like houses in several villages around the area and one neighbourhood of Kazanlak. Most of them are generally unemployed but for the month of May, when they are collected in buses and made to work, usually for a pittance. Rose picking is one of the few ways to earn something. Their daily wage depends on the amount they pick. In 2017, the wages were around 1.2 leva per kilogram of picked petals. Between 2,000 and 3,000 tonnes of rose petals are needed for the production of a single kilogram of rose oil, and good sales are not always guaranteed. While prices peaked in 2016, at 9,000 euros for a kilogram of rose oil, the following year they plummeted. The reason? The 2016 boom had led to overproduction and unsold stocks, which severely affected the market in 2017. The trend continued in 2018 with buying prices hitting rock bottom. Producers organised protests, uprooting plants and covering roads with discarded rose petals. They wanted a guaranteed lower buying price and ban on cheap imports from Turkey. The government promised to provide subsidies.