During the Second World War Bulgaria never declared war against the Soviet Union. 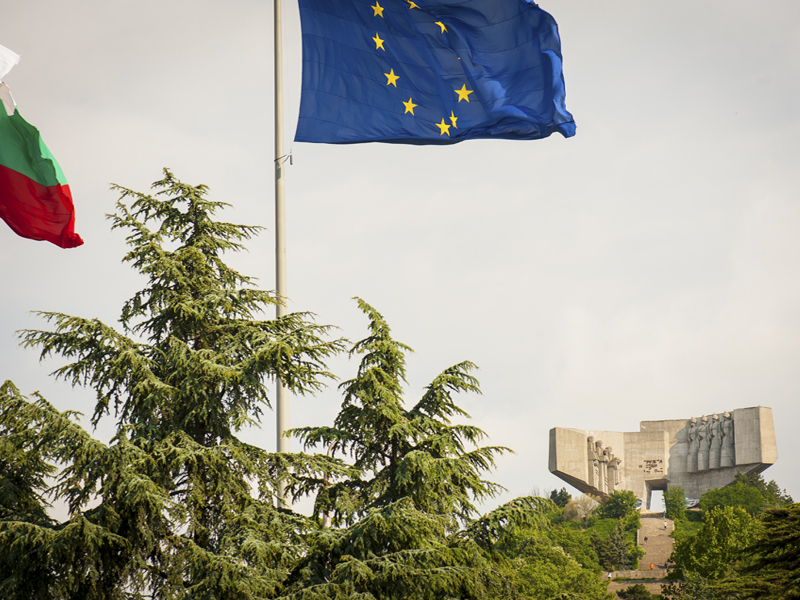 However, in the period 1941-1944 the Soviet Union did conduct undeclared warfare against Bulgaria, especially along the Black Sea coast where Soviet submarines torpedoed Bulgarian ships and engaged in other less-than-friendly activities.

This, of course, belongs to history – or does it? Stalinist monstrosities glorifying the Red Army still dot the Bulgarian Black Sea coast – as they in fact do every chunk of Bulgaria, making it the only former Warsaw Pact country not to scrap them or put them in a museum.

Where in Bulgaria are you? 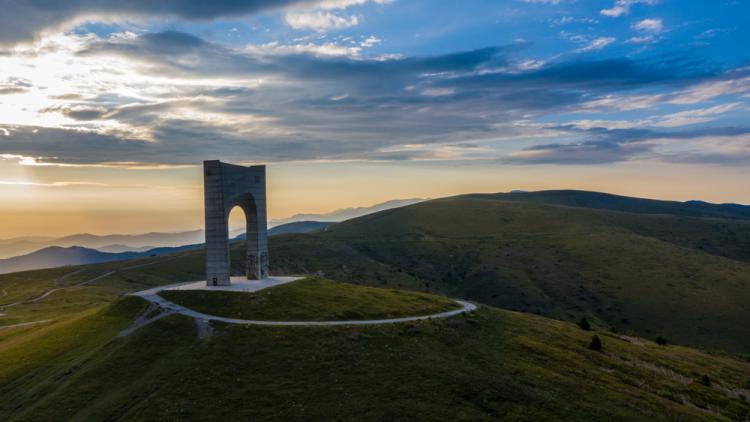 WHERE IN BULGARIA ARE YOU?
High hills were deemed a particularly appropriate location as they used both Socialist Realism and the power of nature to assert the invincible authority of the Party and the working classes. 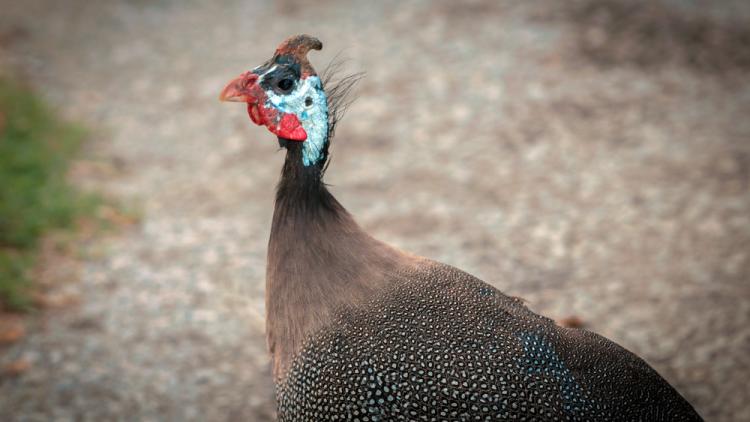 WHERE IN BULGARIA ARE YOU?
A few yards from the muddy waters a small village house stands. This is where Vanga, the blind clairvoyant and one of Bulgaria's best-known 20th century phenomena, used to live. 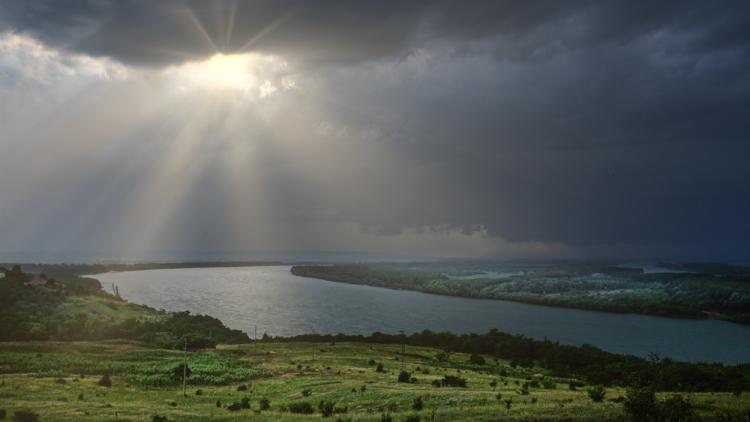 WHERE IN BULGARIA ARE YOU?
He discovered he could find virtually no information relating to it. In fact, he could find a lot more about the Nile's journey through Africa than he could about this river's meanders through southeastern Europe. 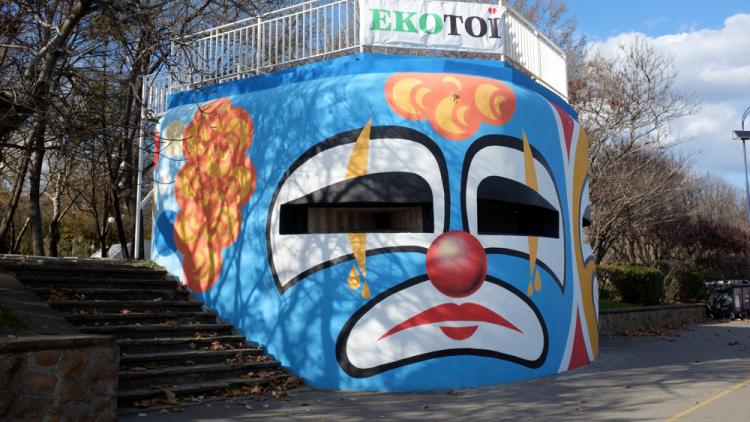 WHERE IN BULGARIA ARE YOU?
Often, they can be visited without any restrictions. But Bulgaria has another type of military installations that predate the Warsaw Pact barracks and border outposts. 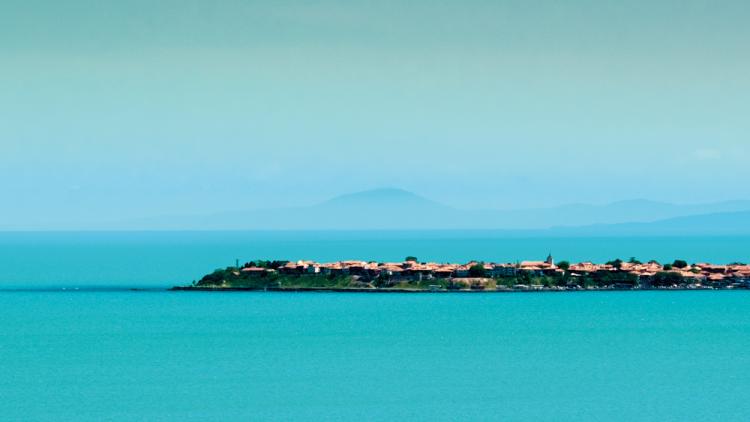 WHERE IN BULGARIA ARE YOU?
But behind the trinket souvenir stands and the overpriced tavernas it holds many centuries of history, a charming old town and perhaps the biggest concentration of medieval churches in Bulgaria. 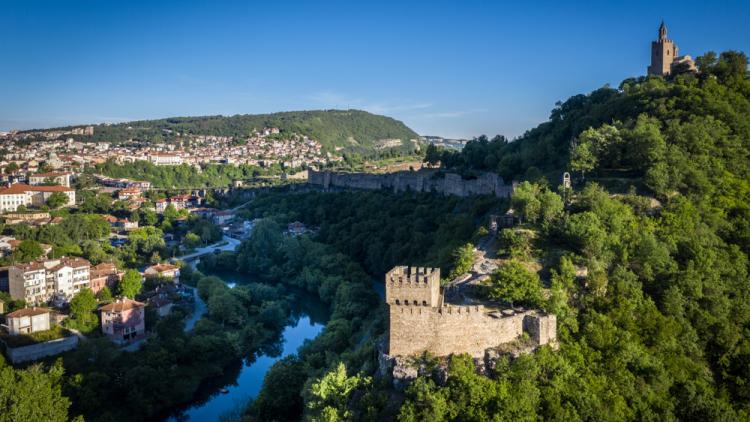 WHERE IN BULGARIA ARE YOU?
Every Bulgarian knows it used to be the capital of the medieval kingdom of the Bulgarians just before the Ottomans invaded, in the late 14th century. 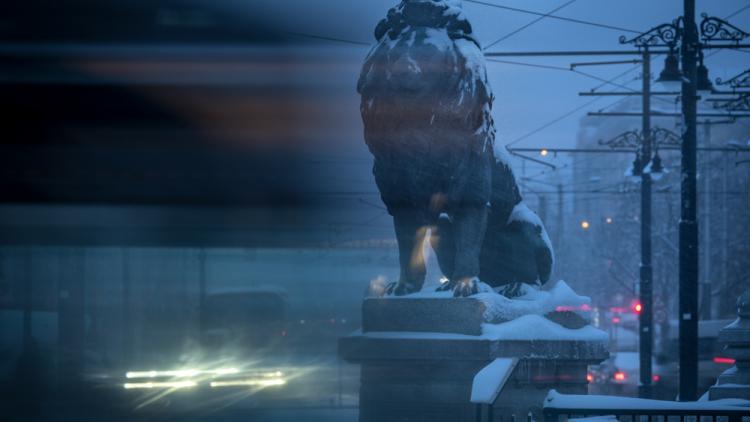 WHERE IN BULGARIA ARE YOU?
It was in fact paid for by a Turk who bought out hay from the locals only to sell it back to them at a significant profit. 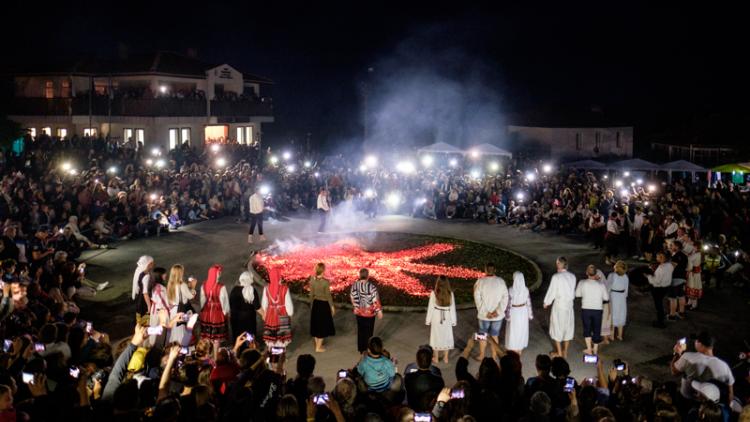 WHERE IN BULGARIA ARE YOU?
Held every year on the same date, 3 June, in a village deep in the Strandzha in southeastern Bulgaria, the walking-on-fire is the culmination of several weeks of preparations accompanied by minor and major performances by locals i 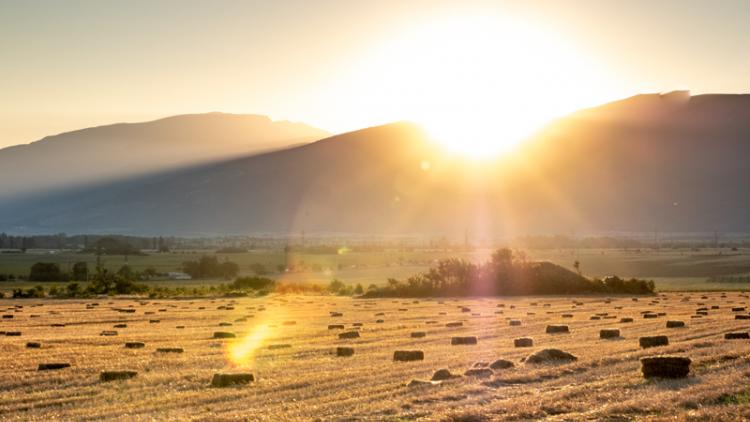 WHERE IN BULGARIA ARE YOU?
Those with an interest in cultural heritage and history will inevitably relate it to its multitude of ancient monuments related to the Thracians, ancient tribes who lived in these lands before the Bulgarian state was founded in th 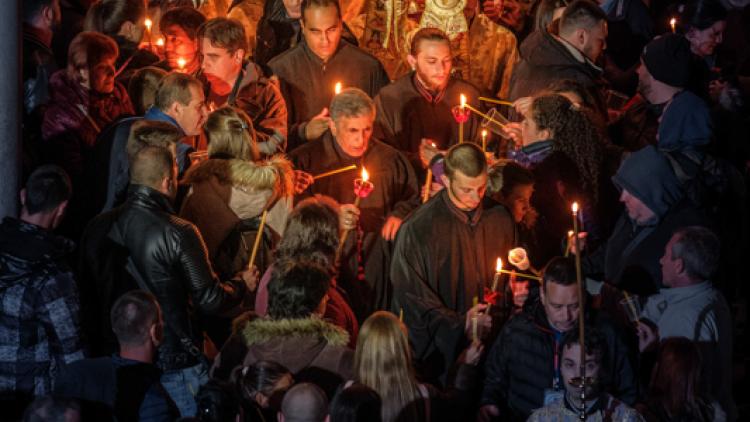 WHERE IN BULGARIA ARE YOU?
It has been immortalised in various works of fiction by US writers including John Updike and Elizabeth Kostova. 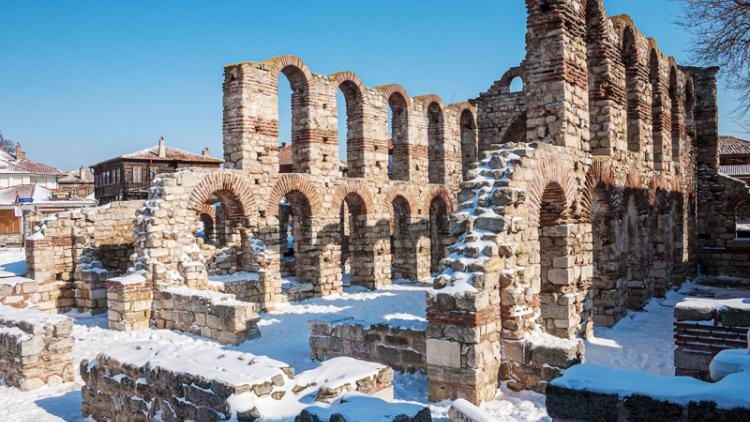 WHERE IN BULGARIA ARE YOU?
Your only company will likely be the seagulls hovering above your head. 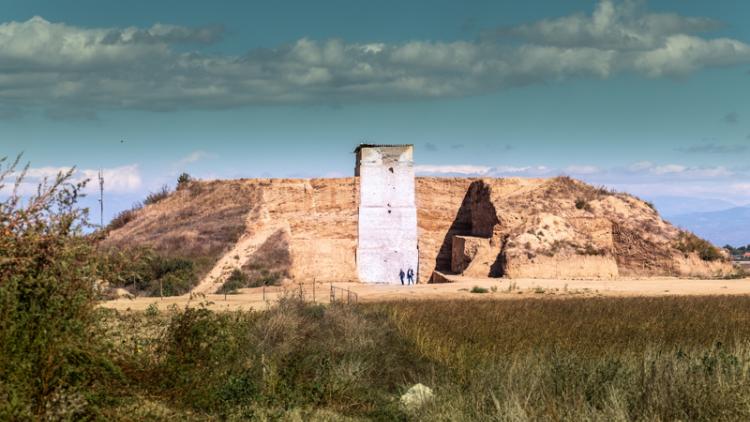 WHERE IN BULGARIA ARE YOU?
Located in the Thracian Plain just outside Plovdiv, Bulgaria's second largest city, it is hidden in a huge mound where the digs are still ongoing. 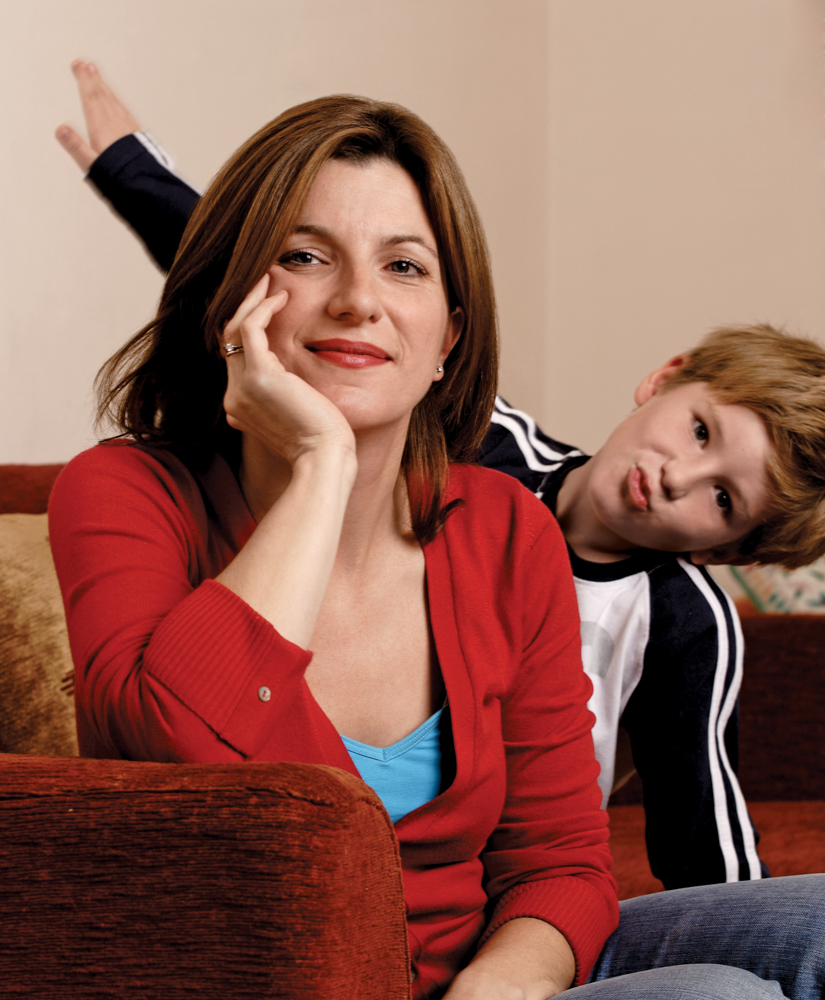 MY OWN CHOICE: ALEXANDRA DIMITRAKOPOULOU-BRANNIGAN
It's embarrassing now, but I, a Greek, confess that before coming here I enquired if Soﬁa had any “real” restaur

MY OWN CHOICE: WHEN HOMEBODIES VENTURE OUT
During my twenties, most of which I spent in Manhattan, eating out was as much a part of my lifestyle as riding