WHO ARE THE MOLOKANS? 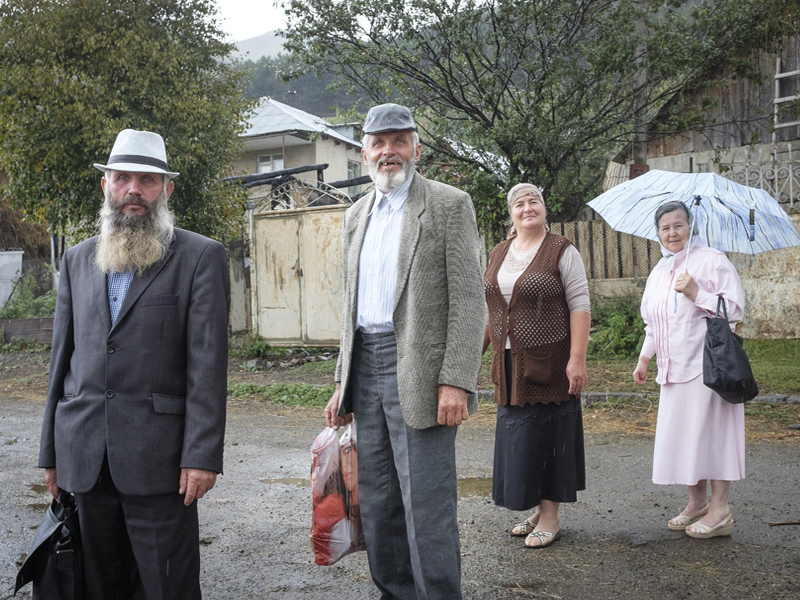 The village of Lermontovo comes as a surprise. After the drab, grey, decaying city of Vanadzor (and most of the cities in Armenia, for that matter), the village is a splash of colour. Flowers spill out from lush gardens and among the greenery are wooden houses painted in pastels, with steep roofs and birdhouses. You are perfectly aware that you are still in Armenia, but everything around looks as if you have been magically transported deep into the Russian countryside – about 200 years ago.

These men and women are indeed Russians. They are all that has remained in Armenia of the once populous religious sect of the Molokans. 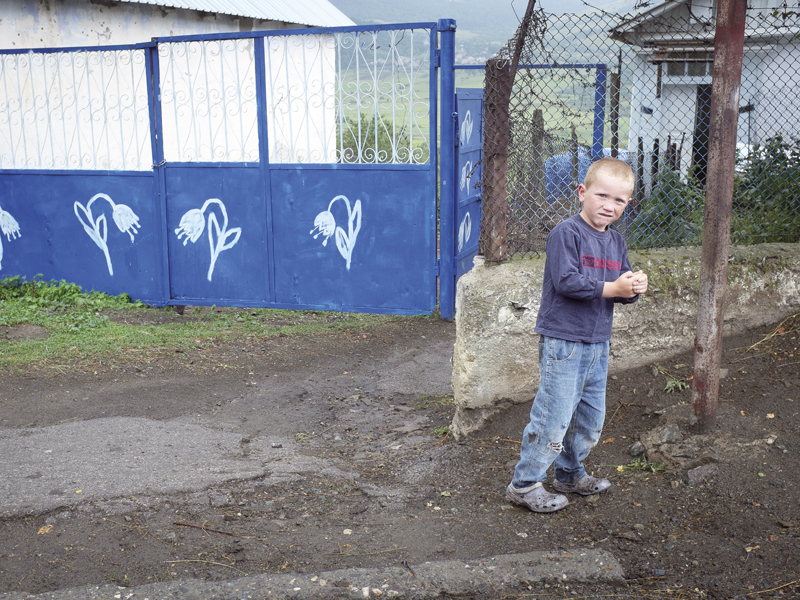 Who exactly the Molokans are is a question that not even the Molokans agree on. What is thought to be an established truth is that their unorthodox view of Christianity appeared in Russia sometime around the mid-17th Century and can be compared to radical protestantism. The Molokans congregate not in churches but in common houses, read only the Holy Bible, do not worship saints and icons, and do not have priests. They elect their own spiritual leaders. They do not eat pork or shellfish, do not drink alcohol or smoke, and are conscientious objectors. They do not have TVs, although modern technology is not forbidden and now many of them have mobile phones and cars. They marry within their community, do not use contraception and feel uneasy with the outside world, meaning that virtually none of them has an in-depth knowledge of the broader Armenian society. Many of them do not identify as Russian, but only as Molokan.

The Molokan community looks homogenous to the outsider, but it is not – it is divided into several subgroups who are in mutual contradiction.

The meaning of the community name is obscure. A derivation of moloko, or milk in Russian, it might reflect a supposed ritual of baptism with milk or because the sect was born along the course of a river called Molochnaya. The most popular theory is that the Molokans expressed their disagreement with the official Church by disobeying the ban on drinking milk on fast days. 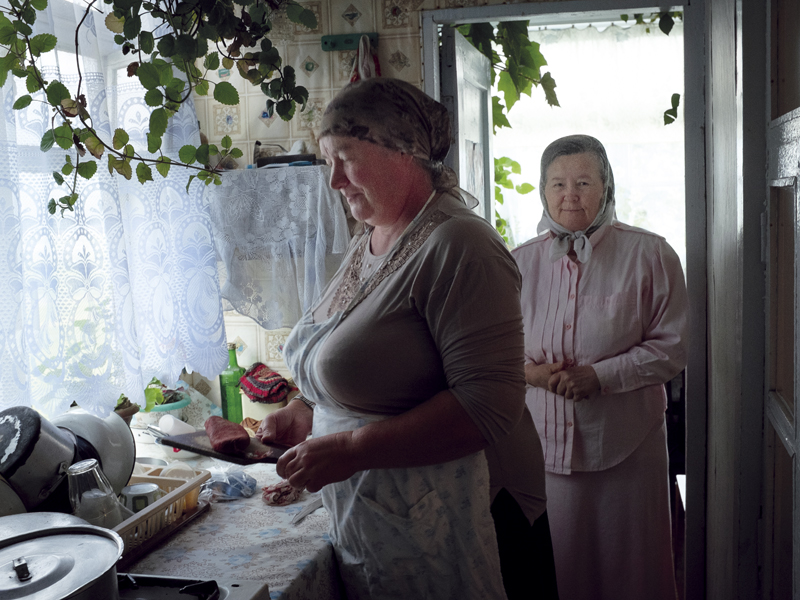 By the beginning of the 19th Century, an estimated half a million Molokans lived in the realms of the Russian Empire. Their refusal to go to war and their stand against official religion made them highly unpopular with the Russian government, and a policy to resettle them to the Caucasus was started in the 1830s. This was how Molokans came to live in today's Armenia, Georgia and Azerbaijan. In Armenia, besides the capital Yerevan, Molokans live in only two villages – Lermontovo and the neighbouring Fioletovo. Later emigrants chose other parts of the world, including the United States, where the Molokans form a vibrant community.

Life in Armenia has not been easy for the Molokans. As strictly observant people, they had a hard time under the aggressively atheist Soviet Union. After the collapse of the USSR – although change started as early as the wake of the devastating 1988 Armenian earthquake – religious liberty was reestablished, but then came the economic crisis.

Armenia is still a poor country and even with their frugal farming lifestyle, the Molokans can barely feed their large families. This has led to a new wave of emigration – ironically, to Russia, the land from where the sect was once expelled. 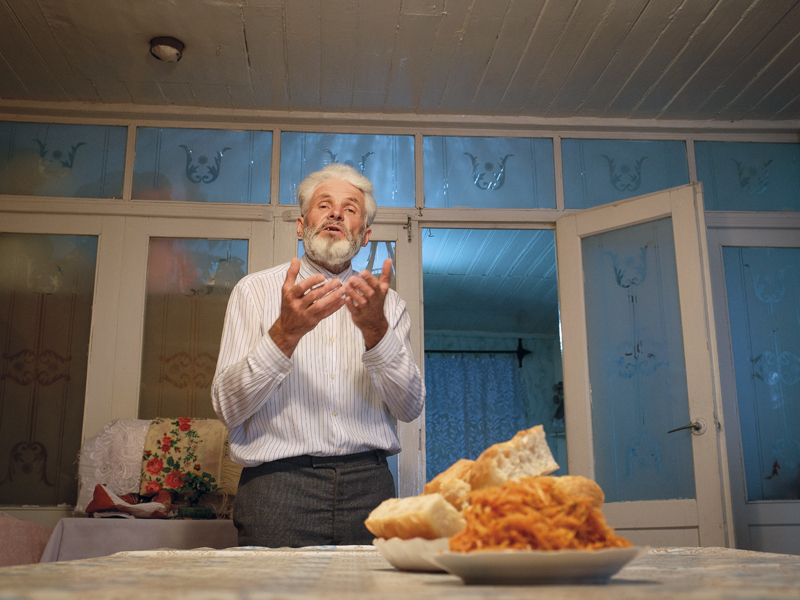 A Molokan uses the time before lunch to explain his beliefs. The sect doesn't have priests, but "spiritual leaders"

Unlike many people living through the hardships of the seemingly endless transition from Communism to democracy, the Molokans do not complain. "Why?," Nikolay, a man who we meet on the street and who immediately invites us to his house for a cup of tea, asks rhetorically. "The difficulties we went through in Soviet times, and the ones we are going through today are ephemeral. In the afterlife, the true believer will be granted with eternity of bliss, a couple of hard decades in this earthly life don't mean anything."

The Molokans were banned from proselytising their religion in imperial Russia, but Nikolay is happy to explain the details of his faith and the importance of having a personal connection with Jesus, while his wife and a female friend are busy in the tiny kitchen of his small and extremely tidy house. On the inside, the house looks as Russian as from the outside – the rooms are filled with old wardrobes and massive beds covered with puffy quilts and huge pillows; colourful rugs hang on the walls.

A friend of Nikolay's is also present, a native who emigrated to Russia long ago, and has returned to visit Lermontovo for the first time in years. He wears а modern suit and the traditional beard of the Molokans, and nods approvingly while Nikolay talks about Jesus, but eagerly boasts how happy he is with his life in Russia, where he is a car mechanic and now has his own Opel, "Something I could never dream of while I was living here." 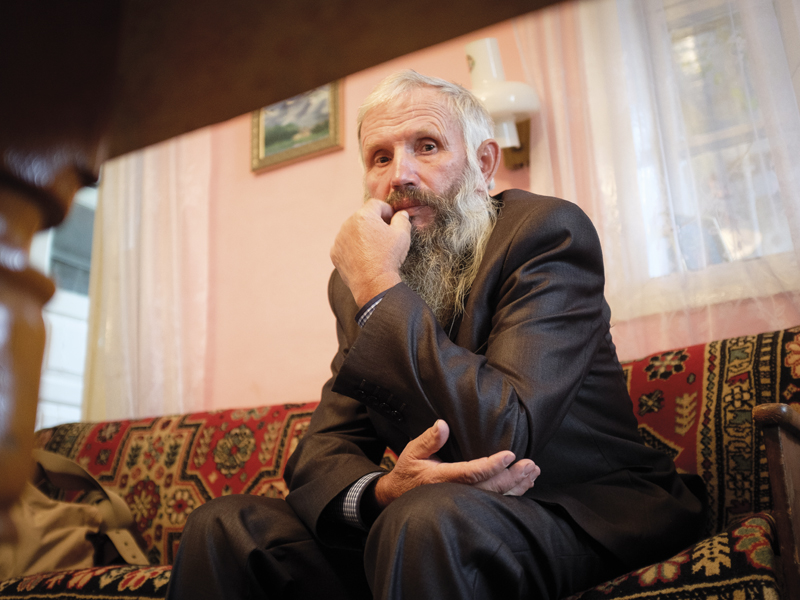 A Molokan from Lermontovo who emigrated to Russia a few years ago. For this poverty-stricken community, looking for jobs elsewhere is often the only option

Then the food comes. What was supposed to be a cup of tea turns into a full-scale lunch. A big table is brought into the room to accommodate the growing number of relatives coming to Nikolay's home, and is quickly covered with salads, soups, stews and the typical Armenian cured meat. Before eating, everyone stands and prays.

Unlike most of the Molokans, Nikolay's family does not object to being photographed, just one of the signs that times are changing, even for this conservative community. Later, however, when we try to talk with a group of young Molokans hurrying for an engagement party at one of the prayer houses, we experience the complete opposite. No, they say, they do not want to be photographed, citing the Second Commandment. 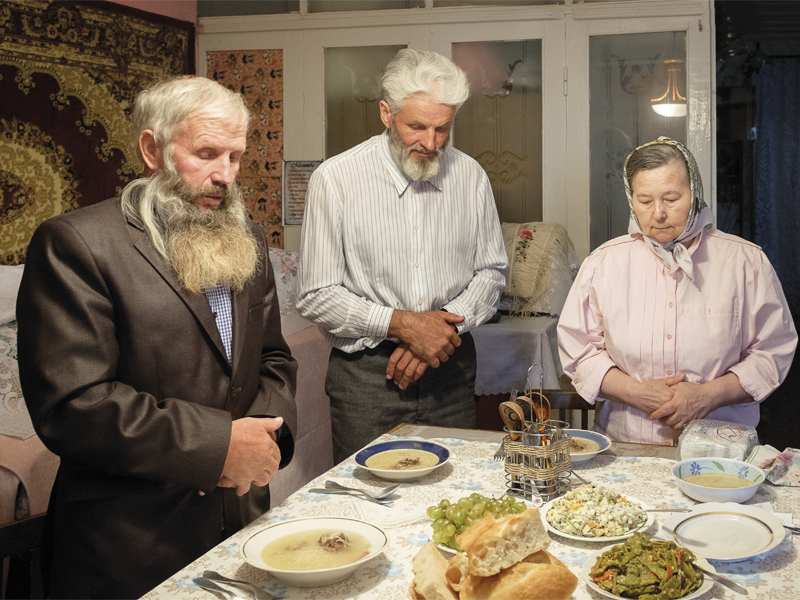 Molokans pray before meals. They enjoy religious freedom after the collapse of the Soviet Union, but don't think bad of Communist times 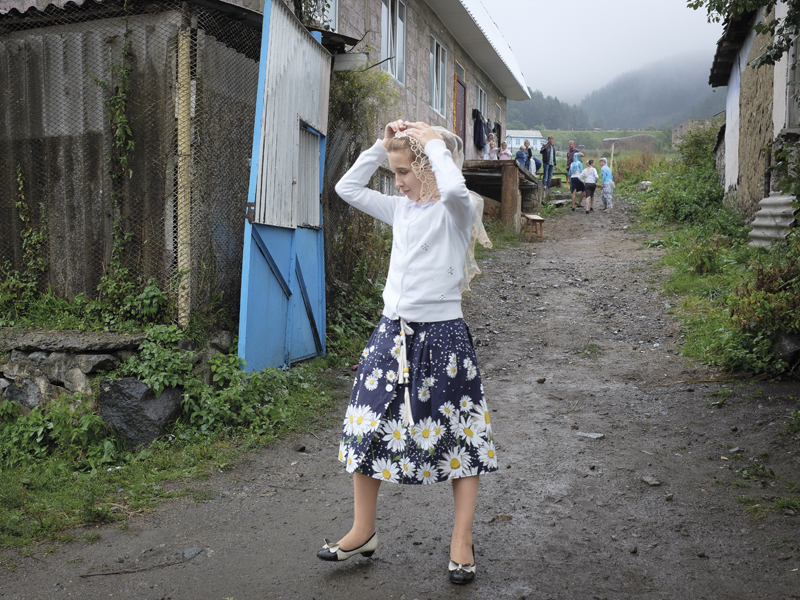