This is a very true story that was front-page news in this country for a few days. 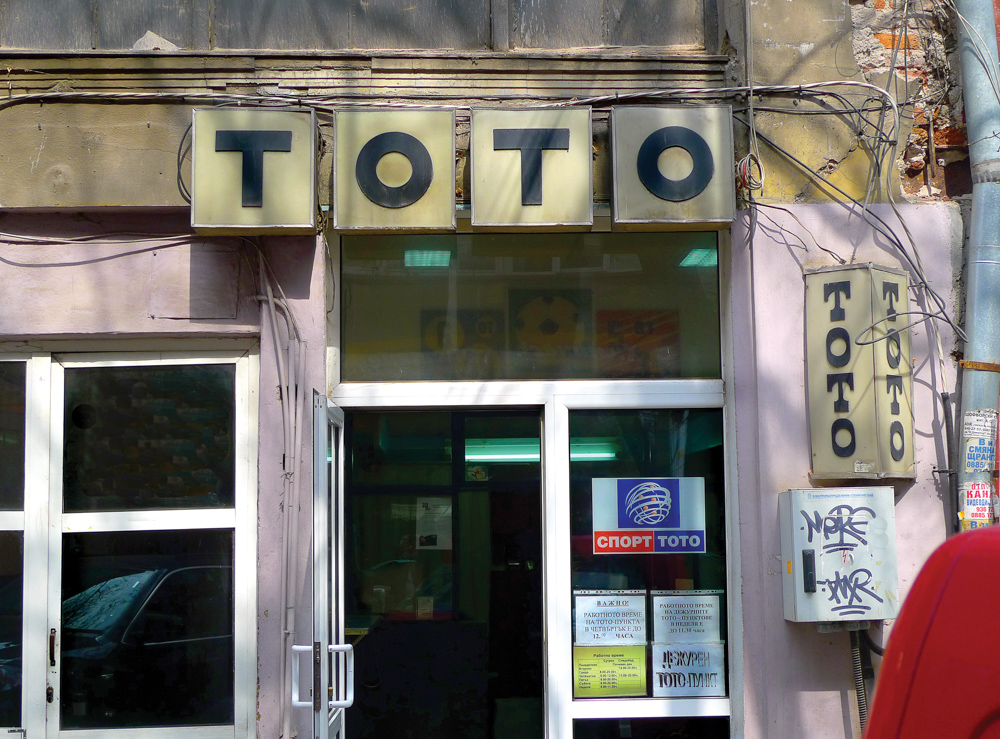 We are not a translation magazine, so we will not be delivering any more BNT (or Rupert Murdoch) news to you any time in the future.

But just imagine how these folks report on politics! Oh, by the way, the erstwhile general manager of the Toto, Irena Krasteva, is now a media mogul (with a number of TV stations, newspapers and so on under her belt), allegedly with the blessing of the (still) current head of the DPS.

Bulgarian Toto has challenged the probability theory: the same six numbers were drawn in two consecutive rounds of the 6 of 42 game. Whether it is fate's or man's finger responsible for this phenomenon is a question that has to be answered by an investigation ordered in the Sports Totalisator today by Minister Svilen Neykov. The dramatic situation is enhanced by the fact that as many as 18 people guessed all six numbers in the second round. The results of the investigation will be announced tomorrow at a special press conference, and in our report you will see the original BNT footage showing how the identical numbers were drawn.

A watchful Toto enthusiast noticed that the winning numbers in the third draw of the 6 of 42 game were the same in two consecutive rounds, No 72 and No 73. The numbers, 4, 15, 23, 24, 35 and 42, came up on 6 September and, drawn in a different order, were repeated on 10 September. You are watching the BNT footage documenting the two draws.

Svilen Neykov, minister of Gymnastics and Sports: "These numbers you are asking about, a managing board was appointed yesterday, they entered the Totalisator for the first time and I will give you an answer by the end of the week… I can't say how these numbers could have been selected either, let the specialists say it, we should consign this job to the expert agencies so that they can do it."

According to Totalisator staff, manipulation of the draw was impossible and it was all sheer coincidence. Today, none of them wanted to comment on the phenomenon but tomorrow, when the investigation is over, the new executive director of the Totalisator, Damyan Damyanov, and the chairman of the investigation committee, Konstantin Simeonov, will reply to journalists' questions.

Whatever the truth is, it is a rather interesting fact that nobody guessed all six numbers in the 6 September draw while as many as 18 people did in the next one, on 10 September. According to physicist Vasil Lovchanov the odds of the same numbers coming up in two consecutive draws are close to zero.

Professor Vasil Lovchanov, physicist: "For me, this is a particularly rare event and I have been a lottery player since the Toto was founded… No six numbers have been repeated in the 50 years of Toto history; five numbers have rarely been repeated – about 5 or 6 times; but coming up twice in a row, in two consecutive draws, is an even rarer phenomenon."

Yet, Toto fanatics say that there are fatalists who, after seeing the winning numbers in a round, use the same ones in the next, following a logic of their own, in defiance of the probability theory. This was one of the explanations for the 18 winners. What other explanations the Toto authorities will give and whether the Bulgarian Totalisator is not about to confute the probability theory is something we will see tomorrow.