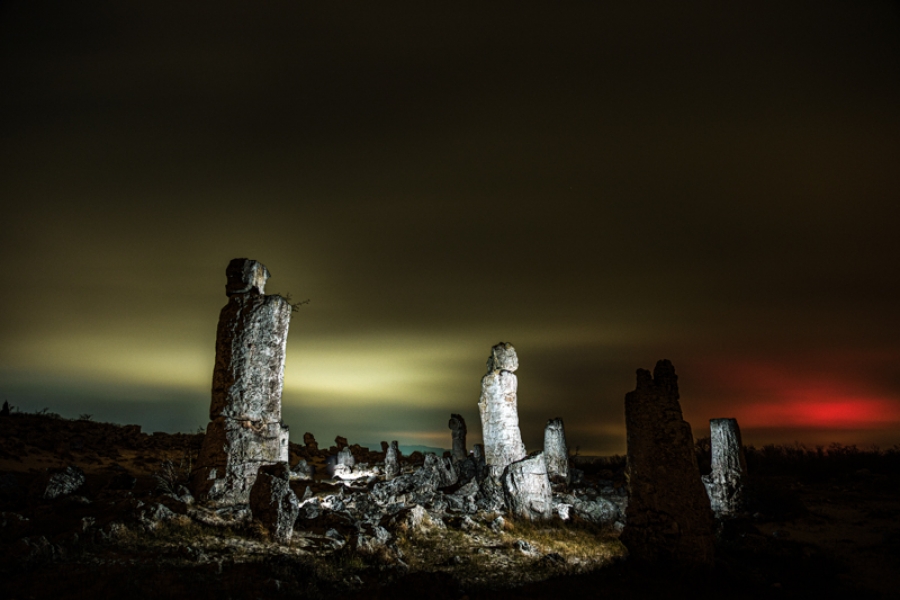 According to a legend that was probably concocted in the late 20th or early 21st century and was possibly inspired by Jorge Luis Borges's story of the hidden meaning of a tiger's stripes, the pillars are the bodies of petrified giants who, when seen from

When the first Western traveller saw Pobiti Kamani near Varna, he could not believe his eyes. The massive stone pillars emerging from the sandy, shrub-covered wilderness made Viktor Teplyakov, a "special missions officer" in the Russian army during the Russo-Turkish War of 1828-1829, rein in his horse. He wanted to explore, but there was no time.

"The gigantic pillars' location does not follow any order or common architectural pattern," Teplyakov wrote later. "In some places, they rise in the form of perfect cylinders, while in others they look like towers or broken pyramids or truncated cones; some are wide at their base and seem as if encircled with broad cornices. There are hillocks so thick with pillars that they remind me of the ruins of an ancient gallery. Some of them are hollow and their core is filled with a grey sandy mass."

Teplyakov's description was the first we have of the natural phenomenon of Pobiti Kamani. The area with the stone pillars, some of which are over 9 m tall, covers more than 70 sq km and is among the popular tourist sites in the vicinity of Varna. The rocks are also known as Dikilitash. This name comes from Turkish and means the same as in Bulgarian, "Stones Beaten Into the Ground." Situated on both sides of the old road to Sofia, there are over 300 stone pillars. In the summer, you would be hard pushed to feel the mystical charm that attracted Teplyakov. There will be busloads of tourists plus the inevitable litter. 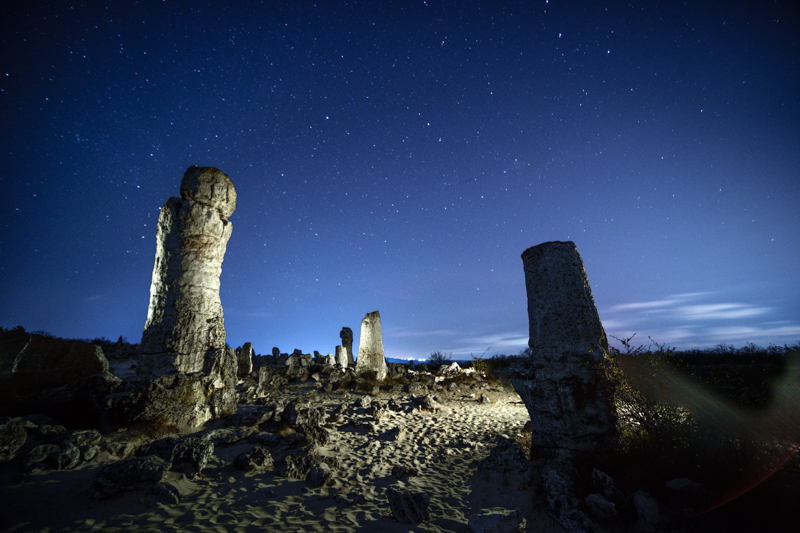 Teplyakov believed that Pobiti Kamani was the remains of an unknown prehistoric civilisation – probably the same one that created the massive structures at Tiryns and Mycenae, in Greece. The man who made the first scientific evaluation of the phenomenon had no such misconceptions. He realised that Pobiti Kamani was the result of a natural process. Like Teplyakov, he was a foreigner, an army officer and visiting the area because of a war. Thomas Spratt, a captain in the British Royal Navy, saw Pobiti Kamani in 1854, during the Crimean War.

"On the whole, they were believed to be artificially created, perhaps the remains of a huge temple of some earlier people, for example.

A perfunctory glance might certainly suggest that they were shaped for some such purpose by man. But a more careful eye would notice their irregular position, shape and height, which shows clearly that they were not made artificially. Because there are several which are partially formed in the rocks in the area, the similarity of this stone mass to a cromlech or a druidic altar naturally leads to the idea that they have some connection with the early beliefs of the East. They might have been used in this way and adapted to the religious ideas and services of earlier people, but they are certainly not a construction or creation of man. They are, in my opinion, natural creations," wrote Spratt in the Quarterly Journal of the Geological Society, London in 1857. There, he also published the first engraving of the rock phenomenon. 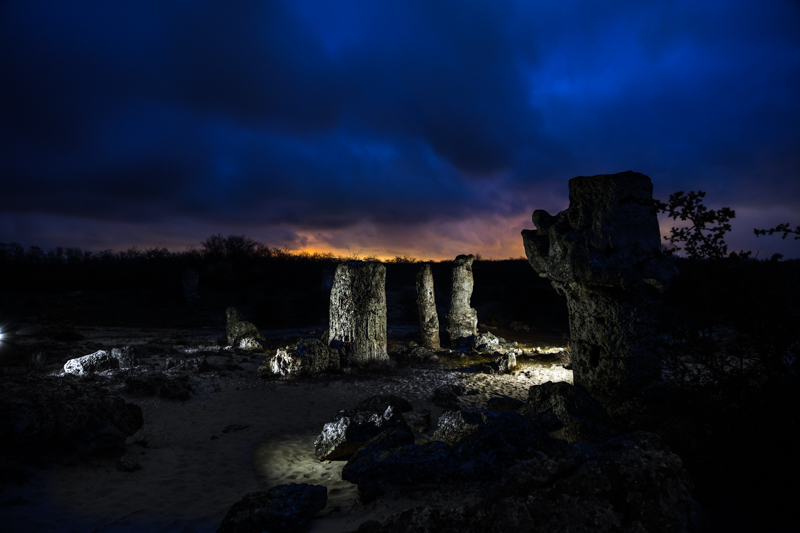 According to the most popular theory Pobiti Kamani is not of organic origin. The pillars began to form 50 million years ago, when what is today northeastern Bulgaria was the bottom of a lake. There were natural gas deposits under the earth's crust, which began to rise up to the surface. While passing through the water, the bubbles began to oxidise the methane present in some of the bacteria in the water. Gradually, calcium carbonate pillars formed around the outflows. Then everything became petrified over the millennia. When the lake dried up, the columns were left on the surface. The wind, rain, cold and heat continued working on them.

In 1937, Pobiti Kamani was declared a protected natural area, the first in Bulgaria. 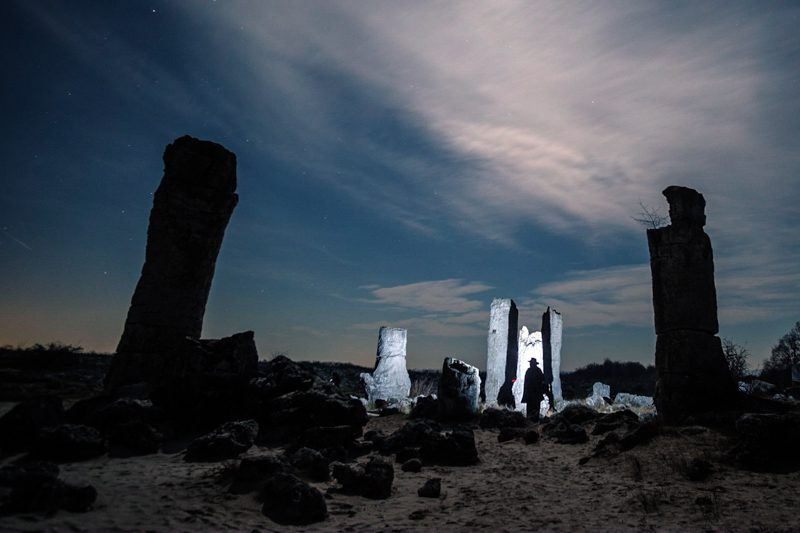 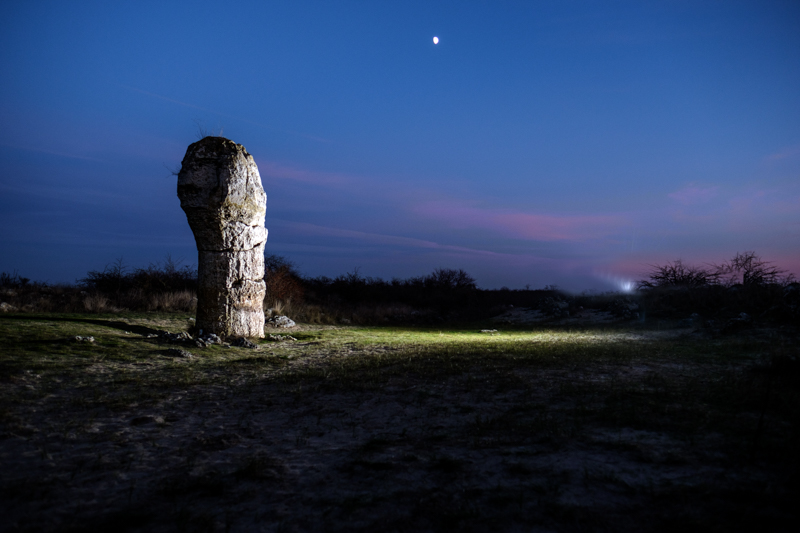 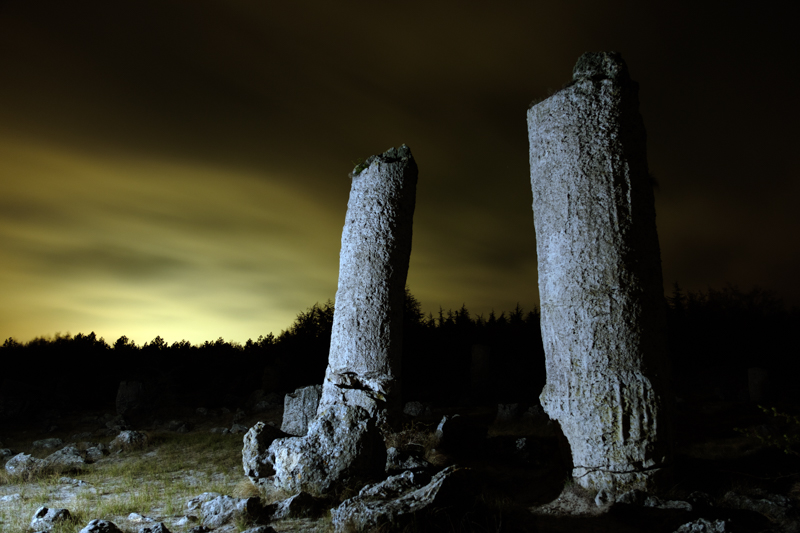 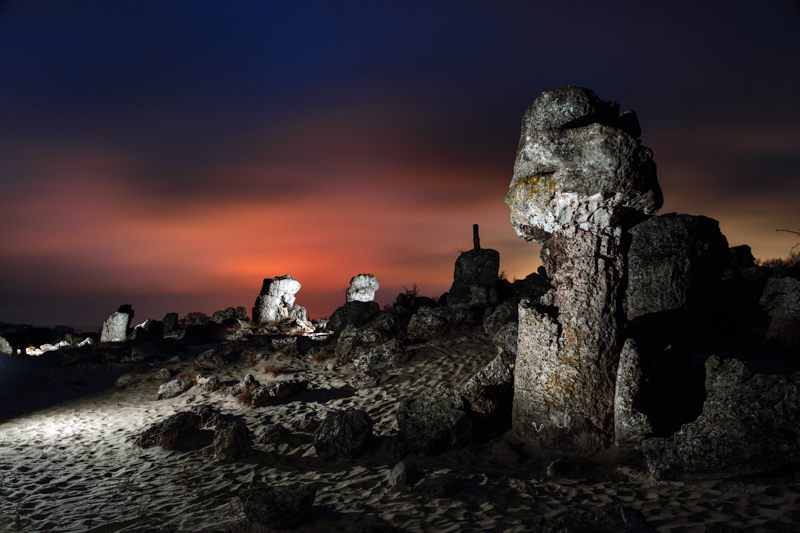 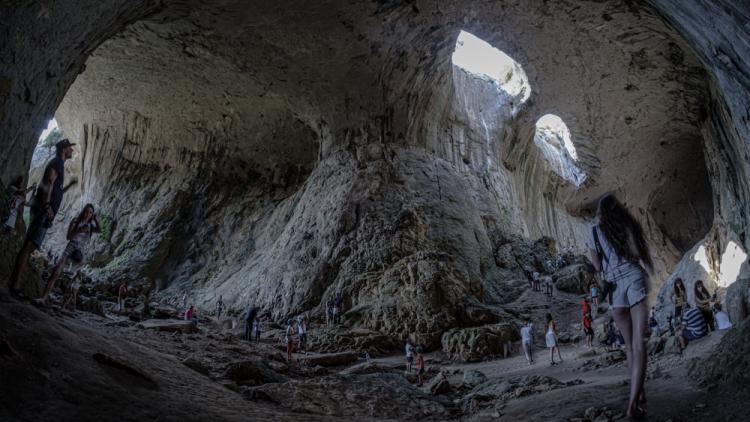 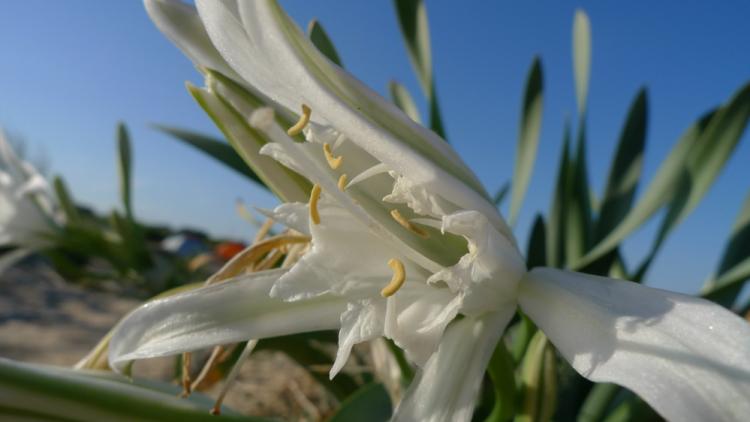 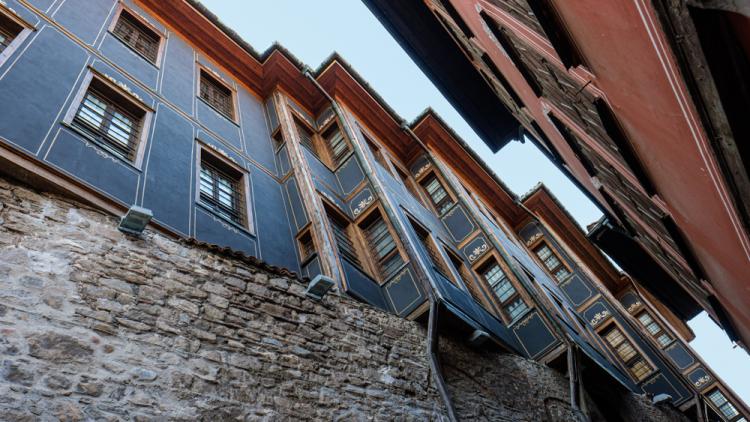 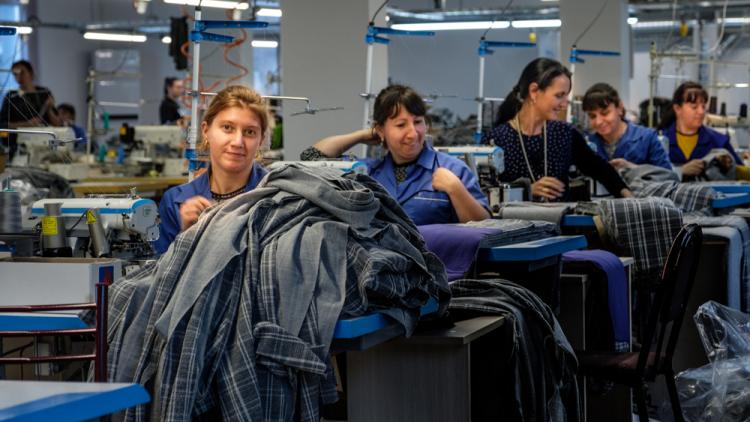 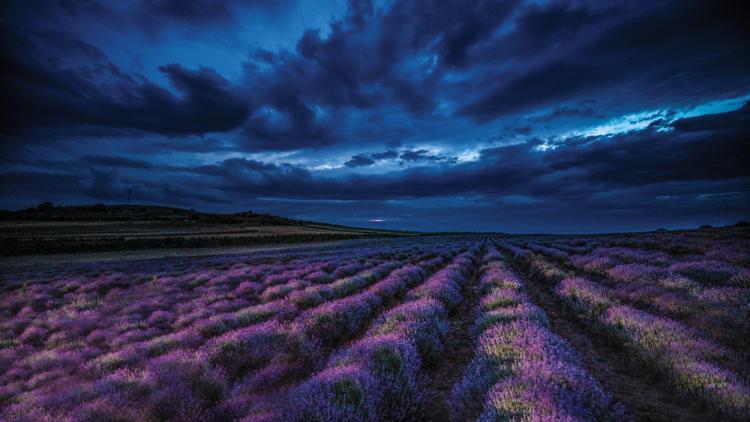 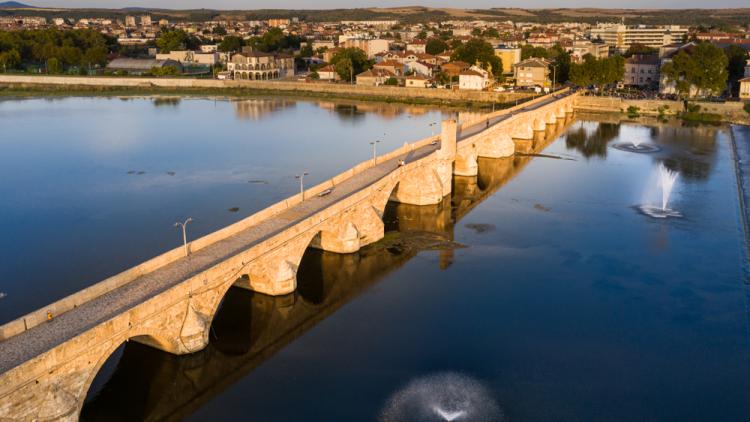 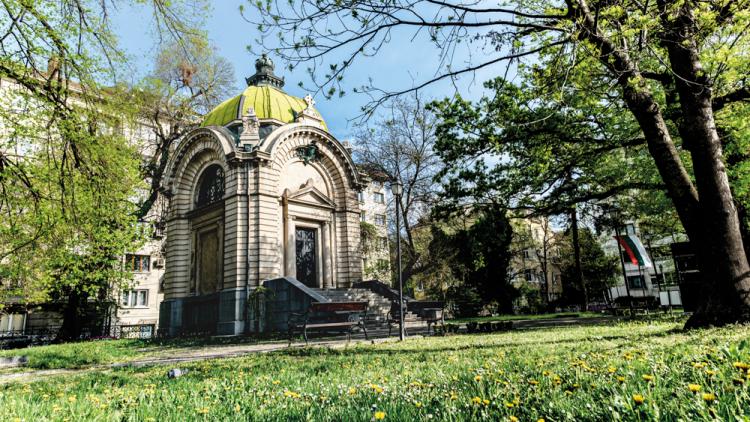 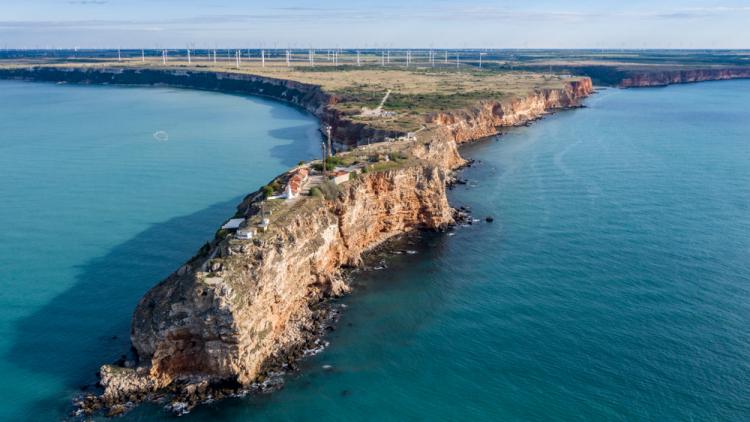 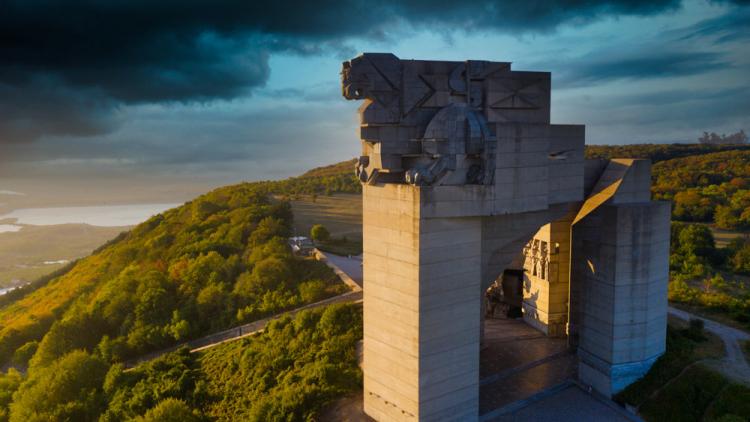 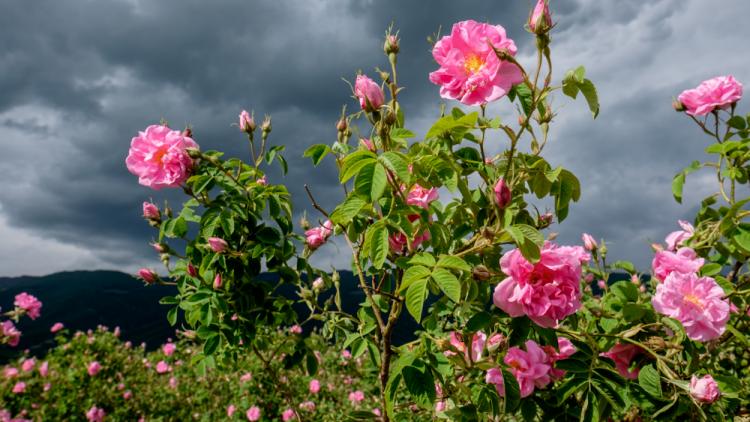