POMORIE TOMB: AN ANCIENT MYSTERY BY THE SEA | VAGABOND Skip to main content

POMORIE TOMB: AN ANCIENT MYSTERY BY THE SEA 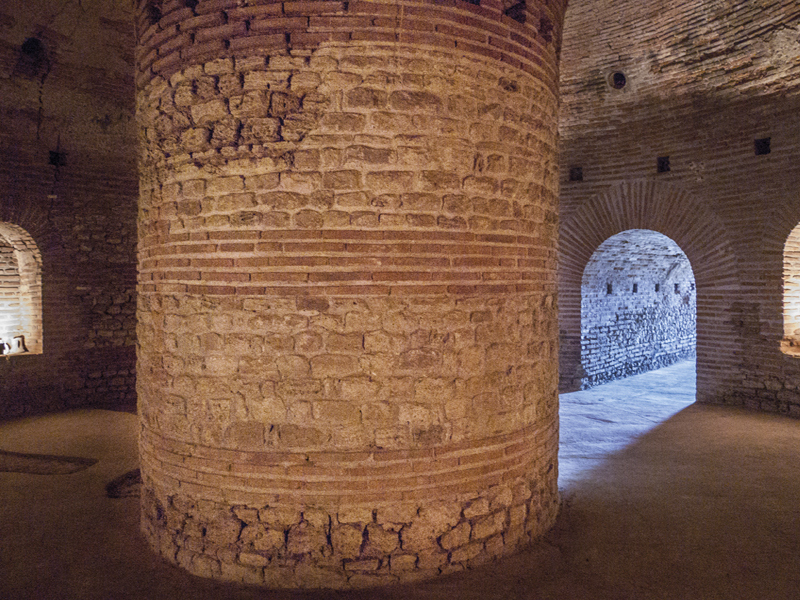 Pomorie, a seaside town about 20 kilometres north of Burgas, has now become a concrete labyrinth of high-rise hotels and apartment blocks thronged with Russian tourists and holiday-home owners. It does not sound particularly appealing – but that's only on the surface.

Amidst the dust, sun and crowds of Pomorie, there is a place of eternal silence and an unexplained mystery. To find it, you have to take a sign-posted lane off the congested Burgas-Nesebar road. This lane leads to a lush vineyard and there, hidden inside the cold embrace of a huge mound, is a tomb.

The Pomorie Tomb is like nothing else in Bulgaria, or in Europe for that matter.

As a rule, the ancient tombs of Bulgaria were built in the latter centuries of the 1st Millennium BC for the nobles of the independent Thracian tribes. These tombs were built of stone, and had quite a simple structure. Covered by mounds, they had a corridor and, usually, one claustrophobically small burial chamber which could be either rectangular or round. There could be antechambers or additional rooms.

The Pomorie Tomb is built of red bricks. The mound covering it is an unusual elliptical shape and has impressive proportions – the axes are 63 and 53 metres. A 22-metre corridor leads from the entrance of the tomb to a circular chamber which is bigger than anything else found in Bulgaria, with a diameter of 12 metres. Five niches adorn the walls, another strange feature not seen in other Thracian tombs. 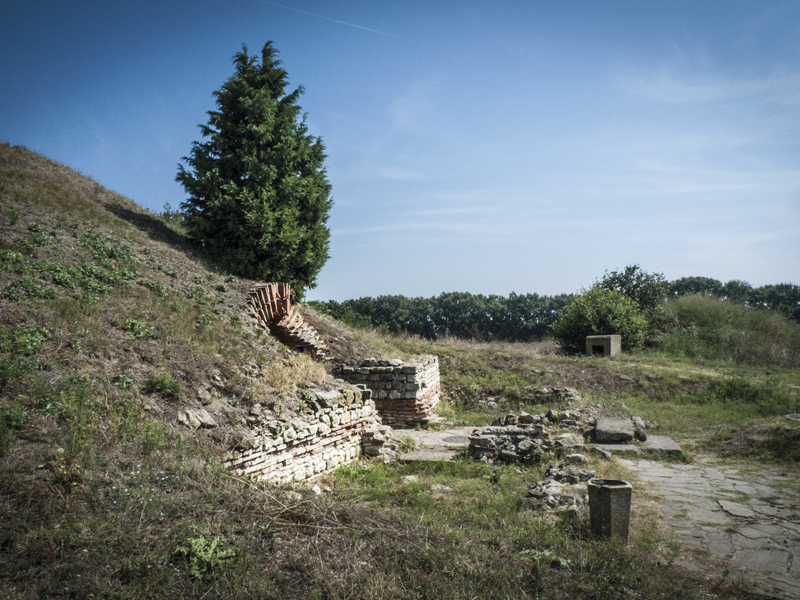 The mound of the Pomorie tomb

The most unusual feature of the place, however, is the mighty column in the middle of the hall. It rises up to the dome and blends with it in a way that makes you think that you are standing under the cap of a giant mushroom.

More surprises follow. The column is hollow, and inside it there is a staircase leading up to the top of the mound.

The tomb was discovered when it had already been plundered, probably in Antiquity. The artefacts found inside were few, as if to make the riddle of this unusual place more difficult to solve.

Archaeologists and historians are still uncertain why it was built in this manner, and by whom.

Theories abound. The tomb was constructed in the 2nd to the 4th centuries AD, during the Roman rule over this part of the Balkans. It was probably built by a wealthy Thracian family who owned lands around Anhialo, an ancient Greek city and trading centre, the predecessor of modern Pomorie.

Yet, the main question remains unanswered. Was this place really a tomb, or was it something else?

There is evidence that the building was indeed a family tomb. The niches in the wall could be for the urns of the ashes of the cremated. Moreover, the mound is close to one of the Anhialo necropoles, and at the beginning of the 20th Century was surrounded by eight more burial mounds. Only one of these survives today, but it was gutted during the Second World War when a bunker was built inside it.

During the Roman rule, however, even the wealthiest Thracians no longer built tombs and mounds to bury their dead. It was expensive and time consuming, so most of the families preferred to reuse older family tombs. Many of them adopted the Graeco-Roman fashion for lavishly decorated stone sarcophagi, and the most elaborate specimens were imported from far abroad.

This only makes the decision of the Pomorie family to invest in a tomb with such a strange shape a true mystery.

Enter Hypothesis Number Two. According to it, the Pomorie Tomb was the temple of a local deity or a deified member of the family of the owners. The

Thracians did indeed believe in the unification of light and darkness, and you do not need much imagination to see the symbolism of daylight introduced into the gloomy hall through the column. 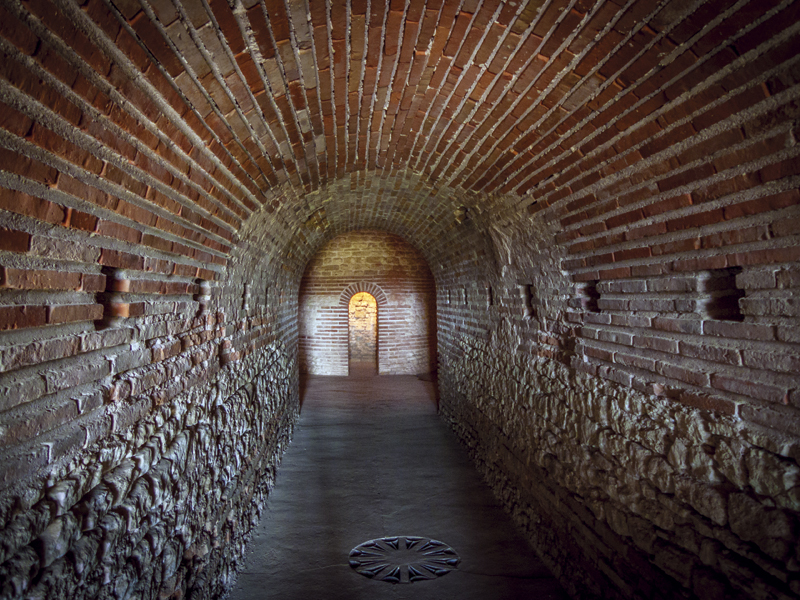 The 22-metre corridor leads into a chamber which is 11.6 metres wide and 5.5 metres high

Some earlier Thracian tombs have already been interpreted as temples, most notably the ones in Starosel, near Kazanlak, and in Mishkova Niva, in the Strandzha. The Pomorie Tomb, however, was apparently built much later.

The tomb was reconstructed in 1958-1959 and several years later was declared a monument of national importance. In 2013, a reconstruction began with the intention of rebuilding the two additional rooms at the entrance to the corridor, and of conserving the circular hall.

The riddle, however, remains unsolved.