In myths, science and fiction, people have searched for immortality since time immemorial – pun not intended. So far, as much as we know, to no avail. However, a plant that is found exclusively in Bulgaria solved the problem millions of years ago.

Haberlea rhodopensis, or rodopski silivryak, as it is called in Bulgarian, is a small evergreen perennial plant with nice but hardly spectacular violet flowers. In the whole world, it can be found growing in the shady crevices of carbonate rocks of only two Bulgarian mountain ranges, the Stara Planina and the Rhodope, and in pockets of northern Greece. Botanists call such region-specific species endemic.

The only representative of the genus Haberlea, it was already in existence by the end of the Oligocene period, about 23 million years ago. Haberlea rhodopensis fared well over the next few million years, while mammals, birds and our human ancestors evolved. Unlike many of these species, the small plant proved well-suited to survive the fast (geologically speaking) climate change of the Quaternary period that started 2 million years ago and consisted of constant oscillation between glacial and interglacial periods. As Europe's landscape was changing beyond recognition, Haberlea rhodopensis survived in the Rhodope and the Stara Planina. Today, it is one of the few living remnants of Ice Age Europe.

The plant's resilience was the secret of its survival. It prefers damp areas, typically on rocky outcrops hovering over precipices where humans and animals cannot reach. Significantly, it can survive without water for months or even years. According to anecdotal evidence, dried plants that had spent years in herbaria could return to life after being exposed to water. 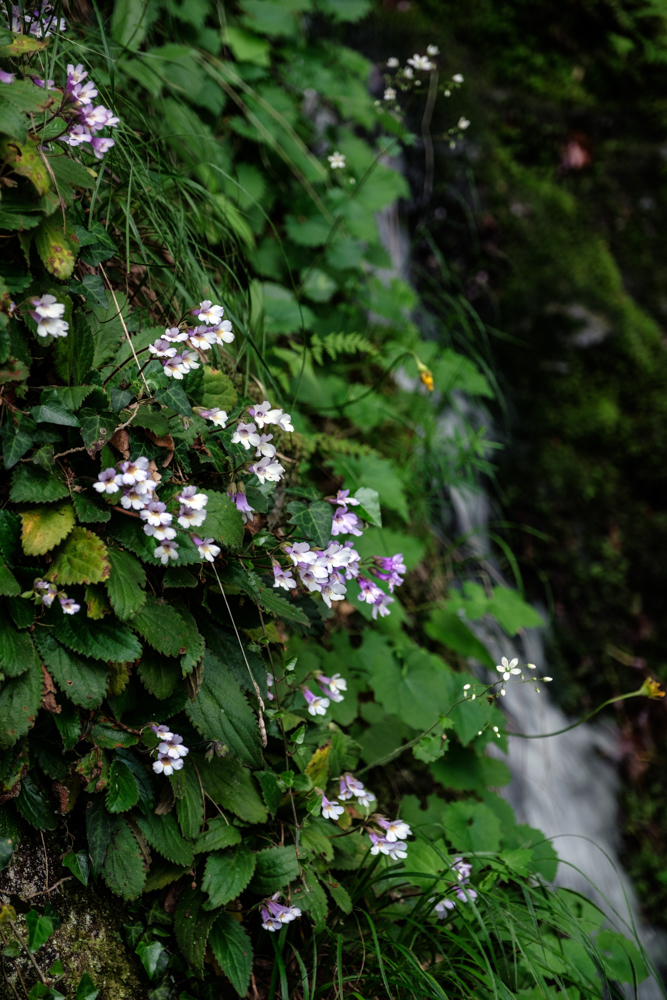 When walking along the rivers of the Stara Planina and the Rhodope, watch out for the purple blossoms of Haberlea rhodopensis

That is why one of the plant's names in Bulgaria is bezsmartniche, or Immortal Flower, and why the legend of its origin is connected to one of the few people who travelled to the kingdom of death and returned alive – Orpheus.

The mythical Thracian singer and musician was so talented that his music could soothe people, tame wild animals and even charm rocks. Yet in myth, as in real life, talent does not guarantee happiness. Orpheus's beloved wife Eurydice died young, after being bitten by a snake.

Unable to cope with his grief, Orpheus descended into the Underworld, charming its terrifying inhabitants and monsters with his music. The singer's plea moved even Hades, the Lord of Death, and his wife Persephone. A deal was struck. Eurydice could return to life, but while leading her out of the kingdom of death, Orpheus was banned from looking back or talking to her. Just a few steps before reaching daylight and a happy ending, Orpheus did turn back – only to see Eurydice descending forever into the world of eternal shadow, sorrow and death.

Heart-broken, Orpheus began to weep. Where his tears fell on the ground, they turned into Haberlea rhodopensis.

Another version of the legend goes further. After returning from the underworld, grief-stricken Orpheus enraged a group of women (accounts on why and how he did that vary) and they attacked and killed him. Where Orpheus's blood dropped, immortal flowers blossomed.

Such legends are probably of recent origin, as no ancient Greek or Roman account mentions flowers blossoming from Orpheus's tears or blood. These stories nevertheless are popular in Bulgaria, which prides itself on being the birthplace of the mythical singer. That is why Bulgarians also call Haberlea rhodopensis Orpheus's flower. 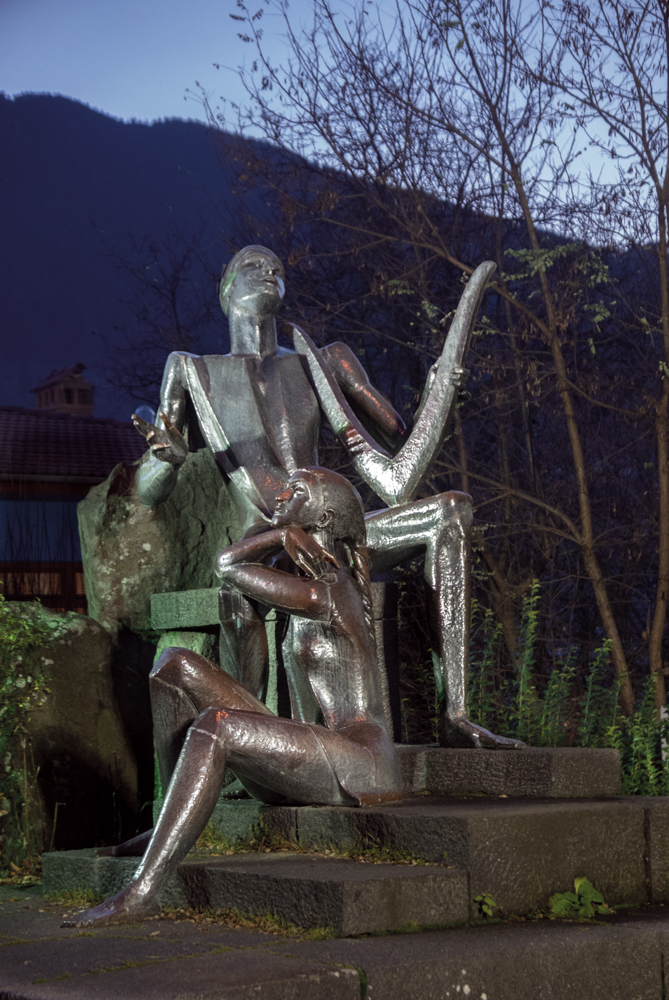 Statue of Orpheus and Eurydice at Smolyan, in the Rhodope. According to a (probably new) legend, the two used to live in the region

The origins of the plant's scientific name are more prosaic. When Austrian-Hungarian researcher Imre Frivaldszky discovered it, in 1835, he named it after his teacher, German botanist Carl Constantin Haberle.

Today many Bulgarians believe that Haberlea rhodopensis has almost magical healing and rejuvenating powers, deemed so strong that tea made of the plant should be drunk only once in five years. Such claims are not corroborated. Due to the decline of its habitat, Haberlea rhodopensis is critically endangered and is protected by Bulgarian law.