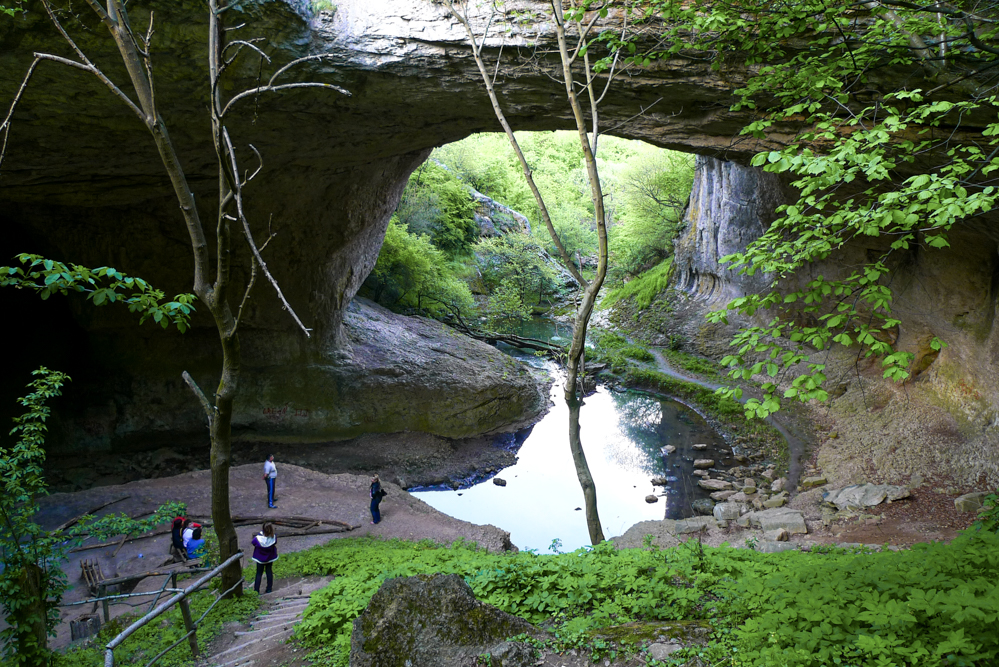 It is easy to say that the Bulgarian Northwest has been forgotten by God. Economically depressed and depopulated, it has for years consistently topped the EU's least developed regions list. Yet, when you visit the Vratsa region you will find yourself surrounded by stunning, and even sublime, landscapes and natural wonders. Here, the mighty peaks of the Stara Planina mountains hang over the town, enfolding delights for visitors of any shade and persuasion. The undulations of the plain that start from there also hide another treasure: two rock bridges carved by nature.

The name of this phenomenon hardly comes as a surprise: Bozhi Most, or God's Bridge.

Which particular god created this phenomenon is not clear, though the legend is positive about one thing: the deity in question created the bridge to span a capricious river prone to violent floods that could destroy everything in their way. 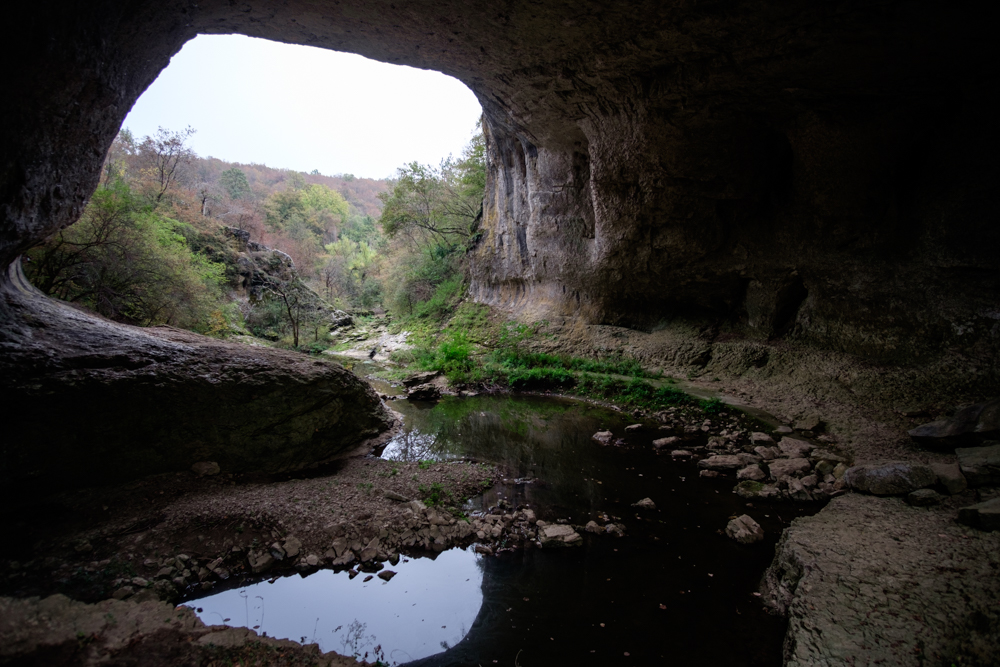 Lilyashka Bara brook, which created the stunning God's Bridge, is low and quiet most of the time

When you visit God's Bridge today, you will be surprised by how tame this river, the Lilyashka Bara brook, actually is. The legend was metaphorically right, however: the rivulet is the reason why the stone arches of God's Bridge exist.

It all started during the Early Cretaceous period, which covered between 145 and 100 million years ago and saw the emergence of bipedal predator dinosaurs (T-Rex's grandfathers) and the ancestors of modern birds. 120 million years ago, no such animals lived on the spot where God's Bridge would eventually appear. Instead, there was a shallow sea there. It was inhabited by much smaller fauna: single-celled organisms called orbitolines, clams, snails, sea urchins, brachiopods and ammonites. These creatures may have been smaller and less impressive than dinosaurs, but they were many. Over time their dead bodies accumulated on the seafloor and slowly solidified into rock.

Aeons later, the Lilyashka Bara brook carved its way into this rock. Initially, its activity was hidden below ground, where it created a large cave. Several thousand years before our time the roof of this cave was exposed, and erosion from sun, rain and wind took over. Eventually, the two rock bridges appeared. 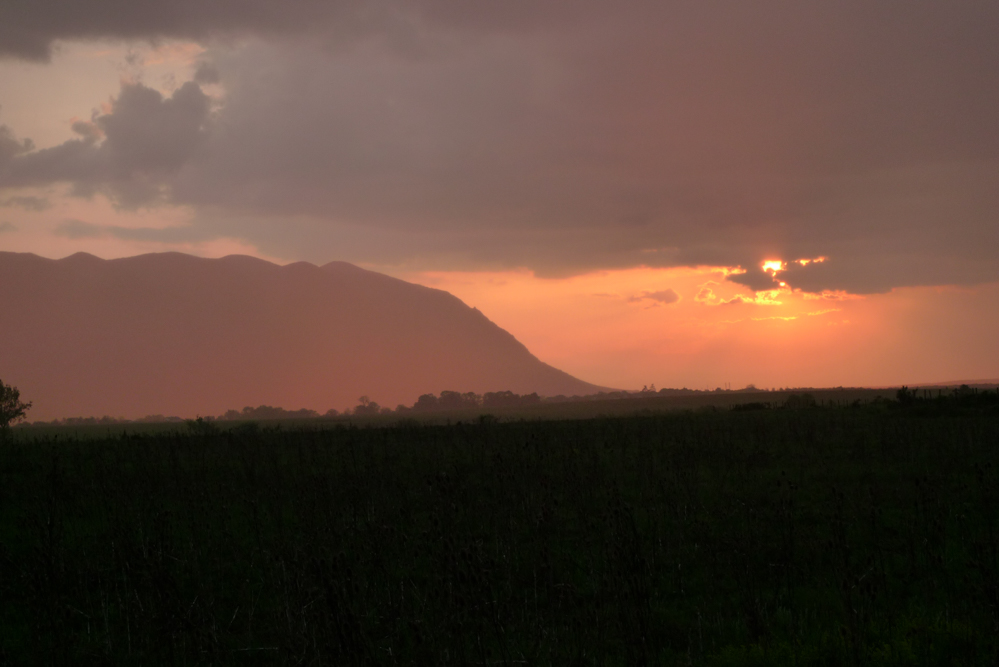 Stretched between the plain and the mountains, the region offers spectacular vistas

The larger of them is the showstopper: about 20m high, 12m thick and 25m wide. Beneath it there is a cave that is 20m wide, 17m high and 60m long. The smaller bridge can hardly be seen, but it also hides an expansive cave. The two caverns are connected by a pass, which contains a lake.

Despite its beauty, God's Bridge remains relatively unknown to tourists.

There are several ways to reach this natural phenomenon, which is located between the villages of Lilyache and Chiren. If you are on the Vratsa to Oryahovo road, take the turn for Chiren, and then the dirt road that you see to the left. A second option is to go to Lilyache and, from the centre of the village, follow the signpost for the "eco path." The third route involves taking a dirt road through the fields between Lilyache and Chiren; to find it you'll need directions from some of the shepherds who are usually near the road.

Today the place looks desolate, at least most of the time, but it was not always so. In Antiquity, a busy road used to pass nearby. It was so important that the Romans built a small fortress on a neighbouring hill. Its modest, crushed-stone walls can still be seen, peeping above the thicket-overgrown ground, not far from God's Bridge. In fact, the first two paths leading to the rocky phenomenon take you close to the fortress. 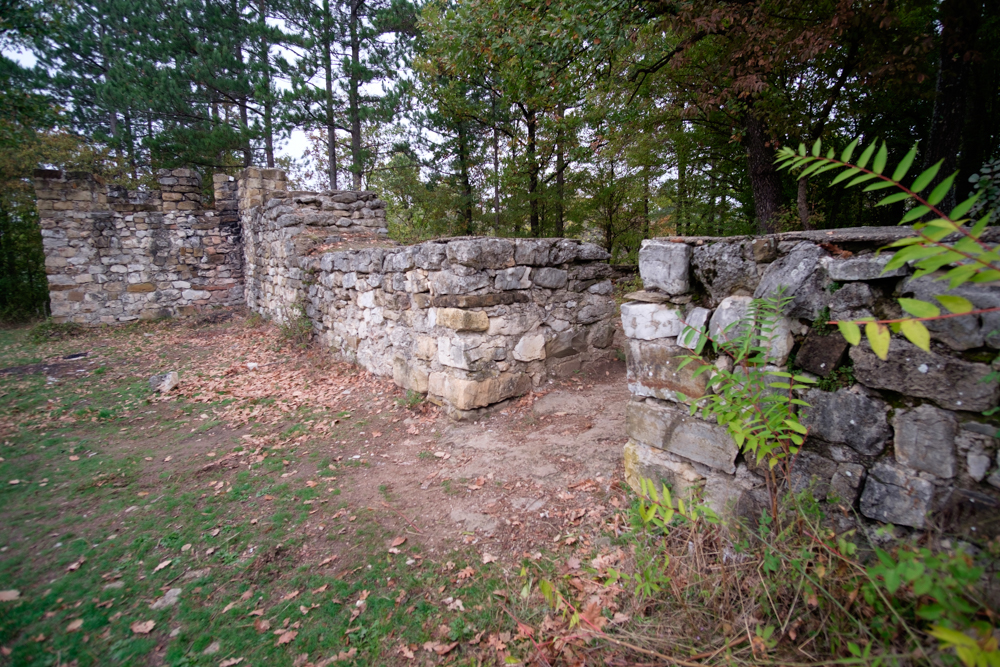 The presence of these ancient ruins, along with the magnificence of the God's Bridge, is why local treasure hunters have come up with another legend for the locality. According to their lore, the Roman Emperor Constantine and his mother Helena used to reside in the cave under the bridge. The queen's golden loom is said to have been hidden there.

The inhabitants of the nearby villages have another, more mundane name for God's Bridge: Zhabokrek, or Frogscroak. Why? In summer, when the water in the Lilyashka Bara is shallow, hundreds of frogs croak in the small pond formed by the brook under the stone arch. This sound echoes beneath the imposing rocky dome at all hours, a befitting homage to the humble prehistoric organisms whose petrified bodies created this stunning phenomenon.