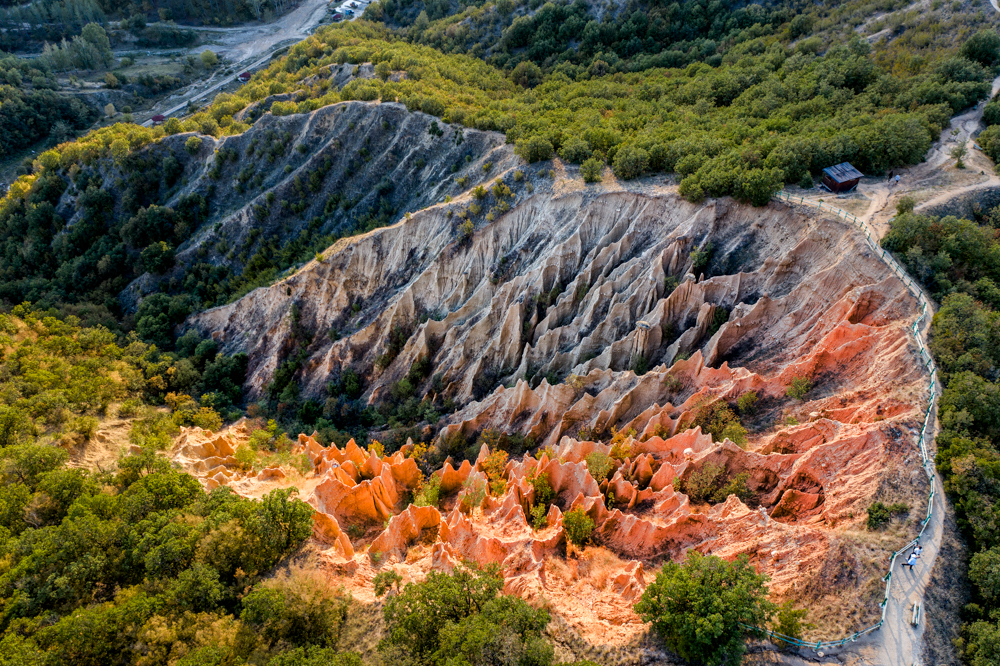 The hoodoos of Stob are easily accessible via a tourist path created in the 2000s to boost tourism outside the region's best known site of interest, Rila Monastery

We often take landscapes for granted: the mountains and the river valleys we love to look at and explore seem immune to the passage of time, eternal and unchanging, even though we know this is not true. The landscapes that we inhabit are in a constant state of reshaping, albeit happening so slowly that our human eyes cannot mark the changes – incomparably long compared to not only our short lives, but also to human civilisation.

There are places where these slow geological changes are more perceptible. The buttes and hoodoos of Stob, a rock formation on the road to Rila Monastery, belong to them.

These spiky, vividly red and yellow pinnacles that rise from the steep slopes above the village are the direct result of recent (geologically speaking) climate change. 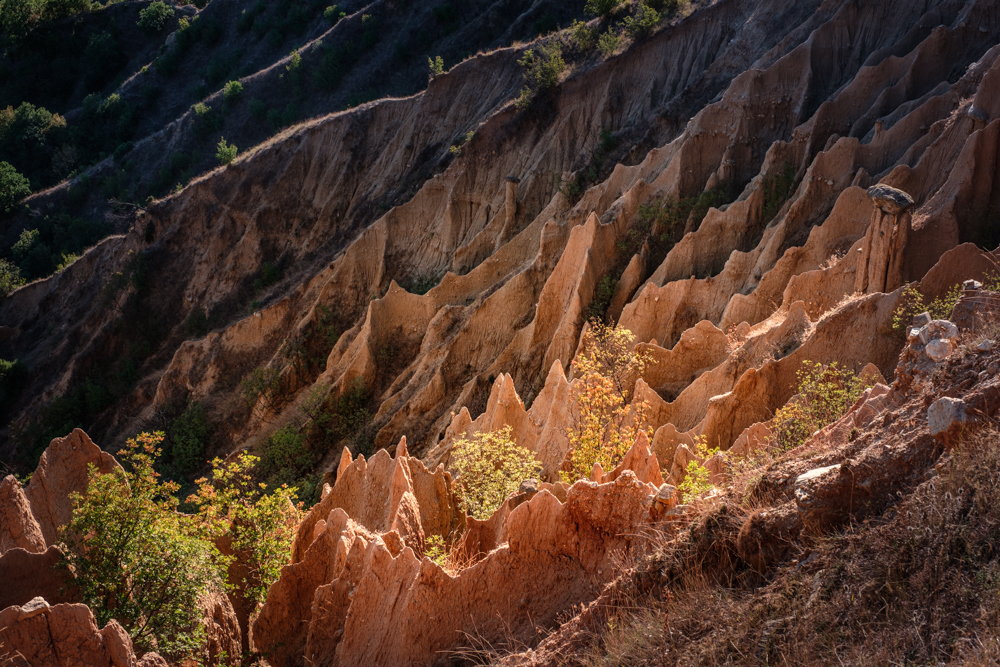 When the last Ice Age ended in this part of Europe, about 12,000 years ago, its glaciers loosened their grip on the frozen slopes of the Rila mountains, and then withdrew, leaving behind a cover of fine debris. This turned into soil, but at certain places – most notably on a slope by the Rilska River – this was not the end of it. Wind, sun and rain started eating into the soft crust of the hill and created tall columns.

This was how the hoodoos at Stob, one of Bulgaria's more popular off-the-beaten-track tourist sites, appeared.

Visiting this collection of pinnacles up to 12m high, which covers about 180 acres, is easy. Leave the busy E79 road to the Kulata border checkpoint with Greece when you see the sign for Rila Monastery, and after Kocherinovo head towards Stob.

The sleepy village lies at the foot of the hoodoos, to which leads the easily-accessible eco path. Its trailhead is at the local church.

The best time to visit and marvel at this natural phenomenon is at sunset, when the last rays of light illuminate the hoodoos with the most beautiful shades of red, orange and yellow. 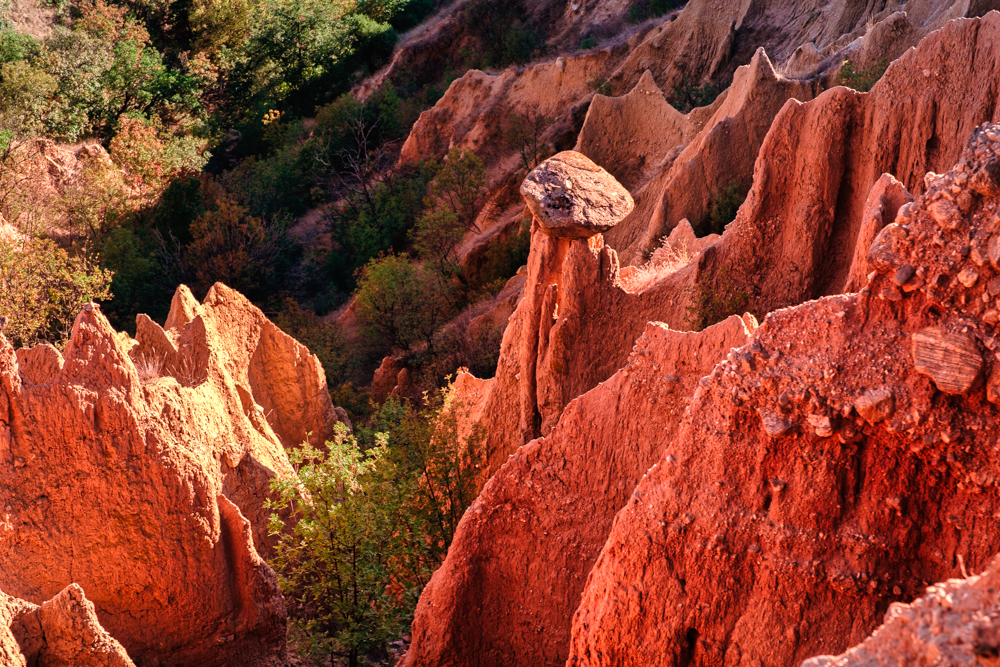 Understandably, the rocks have become the source of local legends about love, lust and jealousy. Probably the most popular one tells of a boy and girl who decided to marry against the will of the boy's mother. Infuriated with her son's betrayal, she stuck a cross into the earth and cursed all the wedding guests. God heard, and everyone in the party froze into stone for all eternity.

Another version blames the phenomenon on the lustful best-man, who was so enchanted with the beauty of the bride that he tried to kiss her. Appalled by his misdeed, the whole wedding party turned to stone – literally.

A third story concerns a Christian girl and a Muslim boy who could not marry because of their different religions. In despair, the girl threw herself from a high rock and was promptly transformed into the formation known as The Bride. 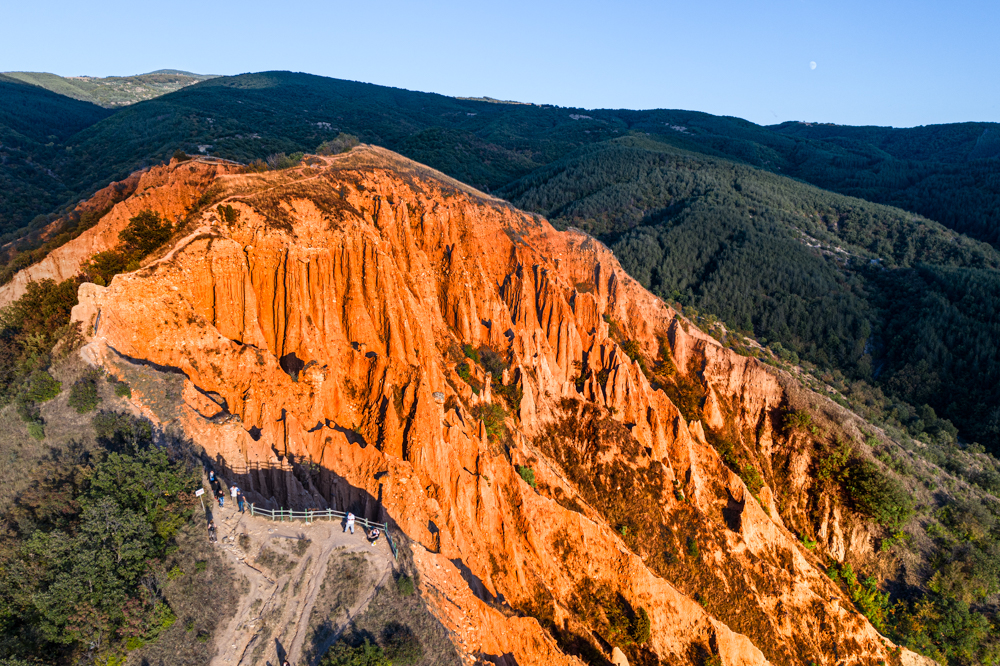 All of these legends cannot conceal an important fact. The rock pinnacles at Stob are not static. The stone is too soft and easily collapses under the assault of the elements, so the landscape is constantly changing, with old hoodoos crumbling to dust and new ones being carved out of the slope, a slow but unending result of the forces of nature over which we have no power.