When the hot weather sets in, Bulgarians face a tough task: how to choose a well-rippened watermelon 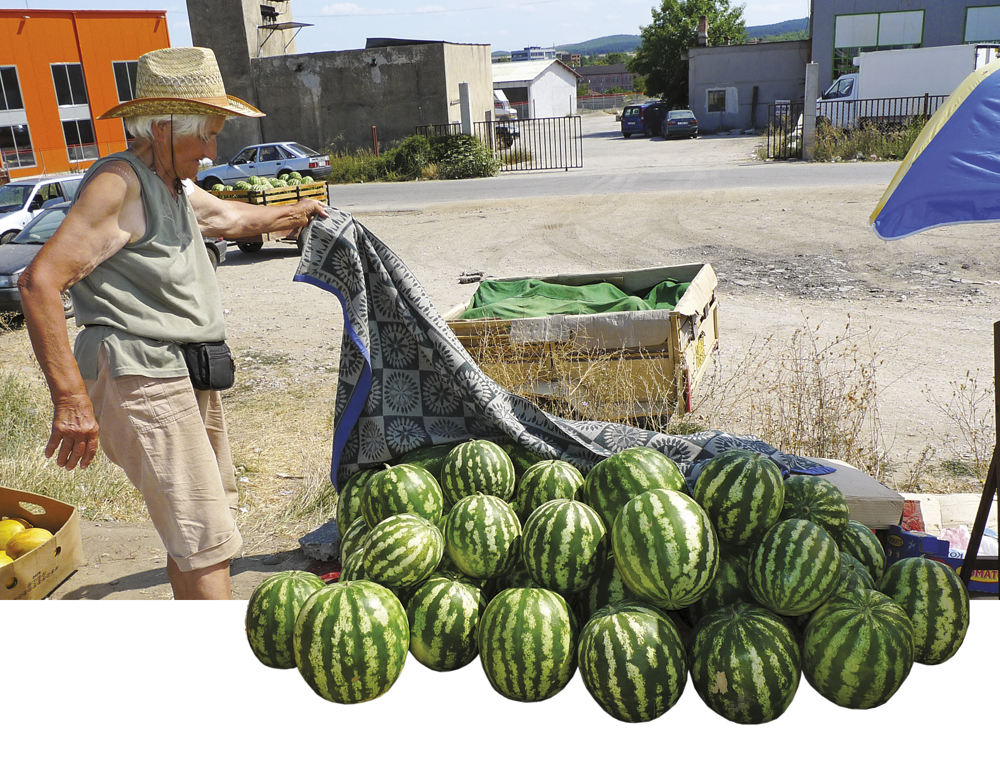 Bulgarians use the expression "to carry two watermelons under the armpit," which roughly translates us "running after two hares." But when you see the enthusiasm with which Bulgarians consume watermelons in the summer, you might easily think that carrying two watermelons under the armpit is the norm. Tarator still keeps its reputation as the best way of dealing with the summer heat, but watermelons come a very close second. Grown in the fields near Silistra or Lyubimets, they are bought at the market or straight from the farmers who pile up their produce on the pavement, cooled in the fridge or in a mountain stream, and cut into juicy wedges.

Bulgarians overcome their inability to carry two watermelons under the armpit by going to the market by car or with a large carrier bag but, even though they have been growing the fruit since at least the Crusades, there is still no reliable method of judging a ripe watermelon. Even today, the right choice is mainly a matter of luck or intuition.

The best-known method is to tap the watermelons and pick the one that gives a clear sound. But the definition of "clear sound" is as varied as the results of such a procedure. Instead of knocking, some Bulgarians press the rind with their thumb in the belief that ripe watermelons are softer. Others buy only watermelons that have the scent typical of… a watermelon. Yet others look for fruit with a dry tendril and a shiny rind easily scratched with a fingernail. Everyone else leaves the choice to the seller and pays breathless attention as he cuts a small hole in the rind to prove that he has not lied and the watermelon is indeed red on the inside.

After this ordeal, it's time to enjoy. Cold watermelon is widely valued as both a summer dessert and as the main part of the menu for those on a diet. Bulgarians have a vivid culinary imagination, which has given birth to an emblematic combination that is perfect for lunch. You may find it odd to eat watermelon with bread and white cheese (or just with white cheese), every bit as strange as "melon with yellow cheese," but you will find both of these combinations in Bulgaria in the summer. However, eating watermelon with yellow cheese or melon with white cheese is considered to be a no-no.

In Bulgaria watermelon is something more than a food. It is the perfect meze, or appetiser, for mastika, and true aficionados of this combination even go to the trouble of preparing "watermelon with mastika."

You will need a medium-sized, cold watermelon, a bottle of good mastika, a syringe with a needle, a large dish and a few friends. Put the watermelon on the dish, fill the syringe with mastika and inject it into the fruit. Your friends will need to step in the moment you withdraw the needle. In obedience to the laws of physics, the alcohol will immediately begin to flow out, so it’s a good idea to have someone cover the hole with a finger until the mastika freezes inside the cold watermelon.