ME, MYSELF AND MY OLD MINOLTA 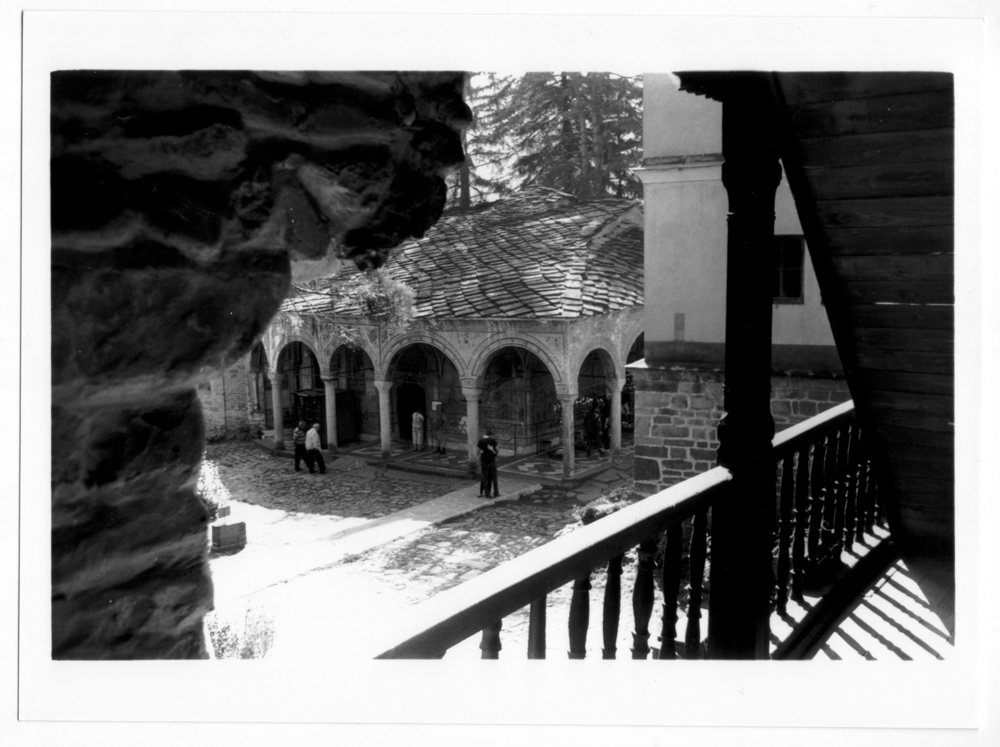 Photography came to me by accident. While living in Paris in 2006, I signed up for cooking classes organised by the city council, but they were fully booked. So up came my second choice: photoreporting combined with black and white darkroom techniques.

No digital cameras were allowed, so I unearthed my father's Minolta SRT101, which was probably built in 1969. The SRT 101 is a fully mechanic reflex camera with just a no-longer-existing 1.35 volt mercury battery to operate the light meter. It gives you full control over what you are doing and ample opportunities to mess up a picture, as I soon found out. It is really a great student's camera.

In 2009, the darkroom, the camera and myself moved to Bulgaria. I remember the distinct visual shock which I experienced during my first visit of Sofia. Dragalevtsi neighbourhood was advertised online as "high-end suburban living close to Sofia," but in reality it looked like a random collection of houses that were either in ruins, or not yet finished. Some showed very bad taste in architecture. It was quite different from the intrinsically photogenic streets of Paris.

Then somehow I found this less-than-perfect country in sync with my imperfect and error-prone photography. It made sense to use technology from the late 1960s to photograph sights that had been locked in time for decades or even centuries. After all, late 1960s technology took man to the moon, so it should suffice to take a man through Bulgaria. 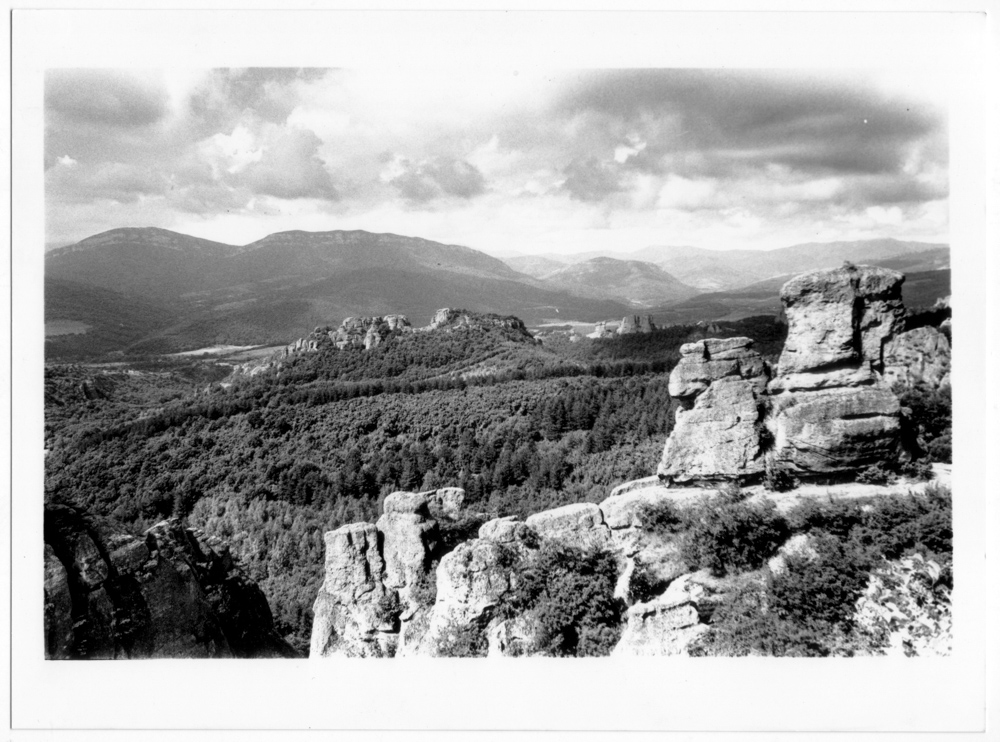 View from the Belogradchik Fortress

The picture from Belogradchik rocks is a case in point. If a Stone Age caveman standing on the same spot had somehow mastered the art of photography, his picture would look exactly like mine: without the slightest trace of human presence. Travelling by car through the Jurassic Park of northwestern Bulgaria, you halfway expect a dinosaur might be hiding behind every turn in the road. Unfortunately, when driving, there is little time to appreciate the landscape if you do not want to end up in a mammoth-sized pothole. 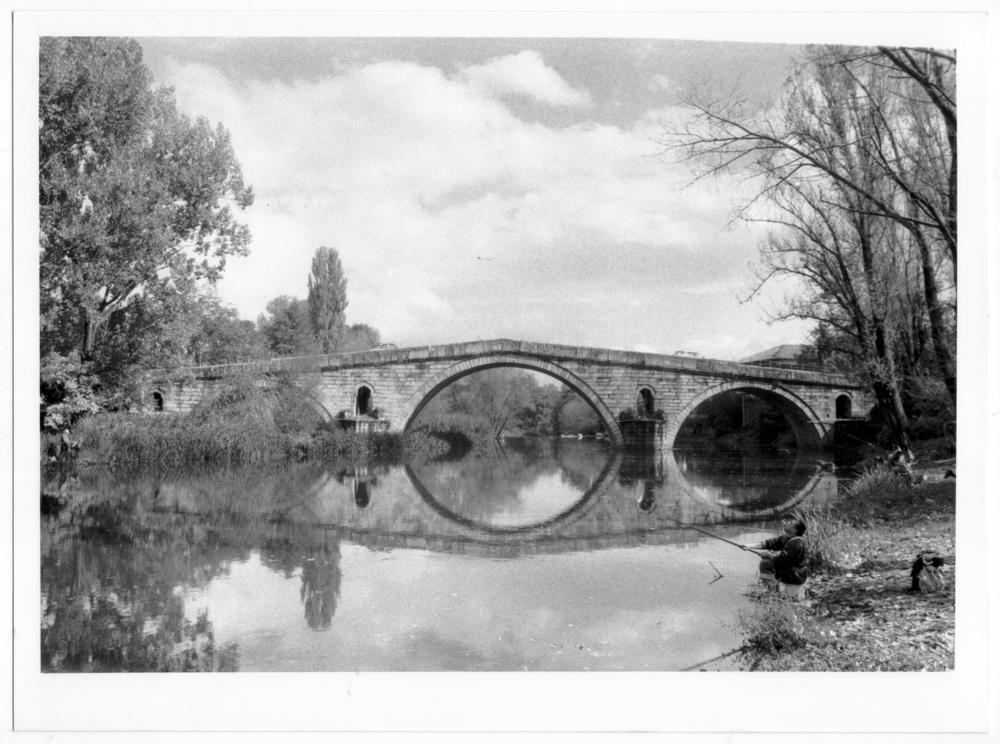 Yet Bulgaria is not the Amazon or the Congo basin. It is an open-air museum offering material evidence of multiple layers of human civilisation, the oldest of which date back well before whatever was going on in my native northwestern Europe. The "Roman bridge" in Nevestino is in fact Ottoman rather than Byzantine, but the spot it is in is really beautiful and peaceful. The picture also illustrates the profound love of Bulgarian men for fishing, although this seems to be restricted to the fresh-water varieties. I have seen Bulgarians order trout in a fish restaurant only a few metres away from the sea.

The density of fishing ponds and restaurants serving "live fish" in Bulgaria is probably matched only by that of monasteries. Bulgarian monasteries offer a harmonic counterpoint to city chaos of randomly parked cars and crooked sidewalks. Invariably, there you'll find neatly trimmed rosebushes, aromatic beds of green zdravets, or wild geranium, and a drinking fountain. The fountain will have a communal drinking cup chained to it, but I am sceptical about the health benefits of drinking from it. Significantly, every self-respecting monastery needs at least a cupboard, a bed or a pit in the ground that has been the hiding place of Vasil Levski (see here). If the Apostle of Freedom would look from his hiding place Anno 2012, he would undoubtedly be relieved to see two young people kissing in the courtyard of Troyan Monastery.

Then there is Sofia, the second oldest and second highest capital of Europe. It is probably also the greenest capital of Europe, although in most countries some of the parks would qualify as forest. The city that "grows and never ages" is not getting any younger either. The centre of Sofia has undergone some successful plastic surgery, but what it really needed is a complete makeover. After a while, the eye get used to the general run-down aspect of things. You no longer see the cables crawling like vines over the facade of an old mansion. You only notice that the rich of the past had better taste in architecture than the nouveau variety. I doubt, however, if anyone will ever be moved to tears by the Socialist housing estates of Lyulin and Druzhba. 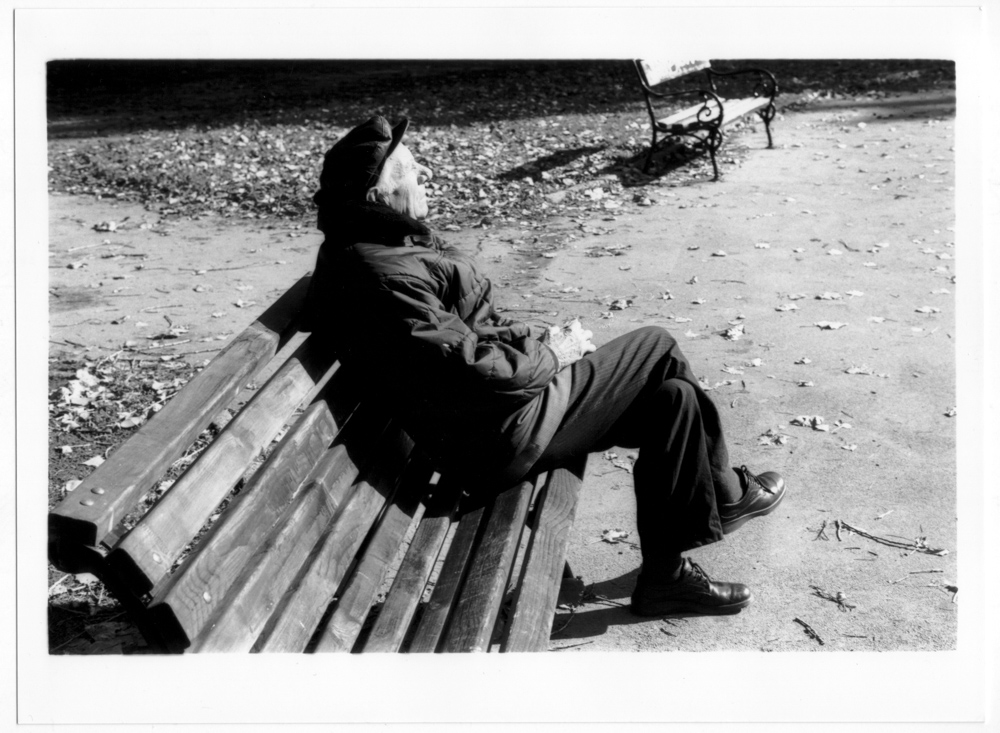 My Sofia picture is the one of the old man enjoying the sunshine in Borisova Garden in October. Probably he is recovering from rigor mortis after one of these autumn nights when Toplofikatsiya Heating Company decided it is not yet cold enough to turn the heating on. Free sunshine is no luxury in a country with 2 million pensioners getting on average 262 leva per month. It also puts into perspective any qualms a foreigner might have about living here.

*Mattias Creffier is a Belgian diplomat living in Sofia since 2009