GHOSTS OF THE PAST

Are you a Hitler aﬁcionado hoping to impress your fellow travellers with some authentic neo-Nazi decorations? Or are you nostalgic for the Iron Curtain era when Brezhnev and other ageing cronies ran the show from the Kremlin? Then you'll like Soﬁa's antique market.

OK, so we at Vagabond hope you're not really a Nazi or a Communist. We'd prefer our readers to embrace civilised post-totalitarian values. But many of us – let's not deny it – have an irresistible fascination with the dark periods in German and East bloc history. And in front of the Aleksandr Nevskiy church is a daily open-air market that has enough authentic medals to decorate a couple of battalions of Hitler's and Stalin's troops.

Before we get to the juicy part we should tell you that vendors also offer the usual array of tourist bric-a-brac: fridge magnets and crystal paperweights featuring designs of Bulgaria's most prominent sites, chess sets, backgammon and dominoes in wooden boxes, hand-woven tablemats and elaborately decorated eggs. 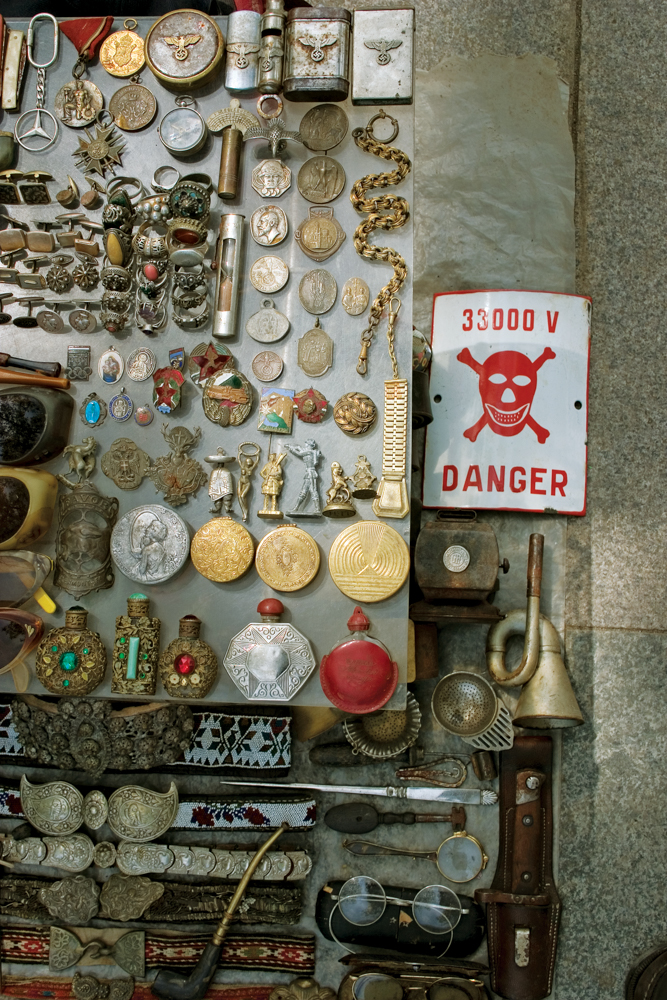 More unusual items include wooden palamarki, tools used for harvesting, engraved with holy icons and lopatari, bells used by farmers to ensure that their ﬂocks do not stray. The matryoshka, wooden Russian dolls of decreasing size stacked inside each other, are particularly popular with tourists. One such doll of President George Bush features his four predecessors: Clinton, Bush Senior, Reagan and Carter.

I expected to see a sick joke at Bush's expense – a series of progressively tiny brains or idiotic postures – but was disappointed. You can buy a 1,000 leva Bulgarian banknote dating back to 1943 featuring King Boris. It may sound like a lot of money but it won't make you rich – these days it's yours for just 10 leva. Another banknote features Prince Simeon, the short-lived wartime prince regent who would go on to become prime minister from 2001 to 2005.

There are also 19th Century souvenirs, including traditional Bulgarian buckles and a big Russian brass samovar from 1870. Most of the exhibits, perhaps not surprisingly, are from the Communist era. These include the routine – traditional winter hats – and also more interesting items such as Soviet-era medals, drinking ﬂ asks, lighters and cameras as well as innumerable busts of Lenin and Stalin. You could certainly build up a formidable collection. 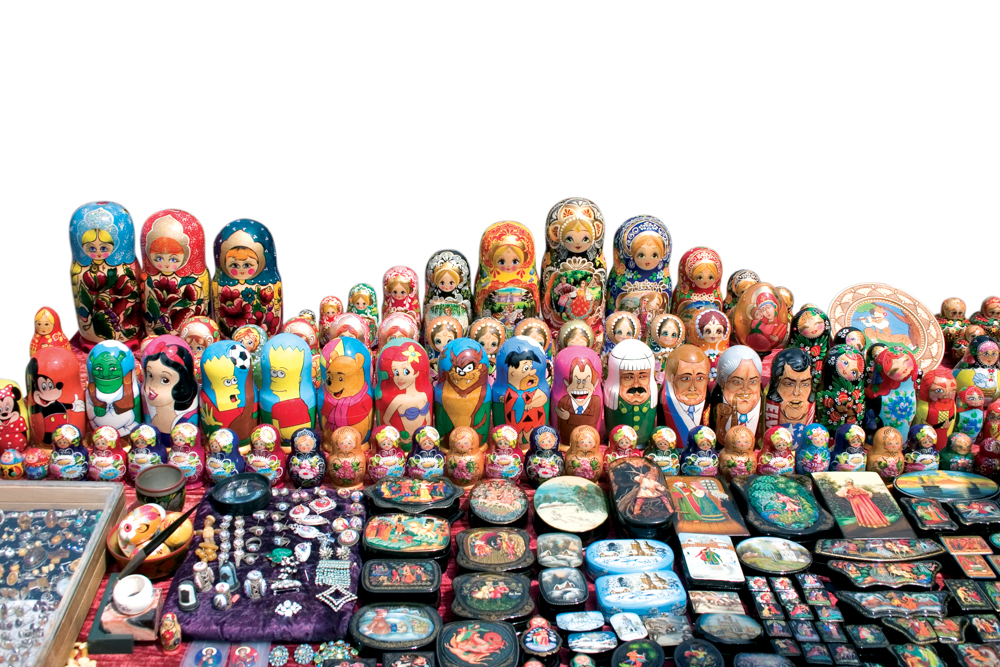 You'd be mistaken if you imagined that the market merely commemorates the Communist era. It's worth recapping Bulgaria's recent tragic history. A former Second World War ally of Germany before being overrun by the Soviet Army, Bulgaria is all too familiar with both models of totalitarianism. It was shortly after visiting Hitler in 1943 that 49-year-old King Boris died under mysterious circumstances.

Some say that Hitler poisoned him because of his reluctance to declare war on the Soviet Union. Others contend he simply died of heart trouble. Either way, the Allies punished Bulgaria for its stance, bombing Soﬁa in the winter of 1943-1944 just before the Soviet armies “liberated” the country.

Over the next 45 years Soﬁa and Moscow were so close that Todor Zhivkov wanted to make Bulgaria part of the Soviet Union. Some say that the political spectrum is not really linear but circular, that the 1939 Molotov-Ribbentrop Pact, which “united” the Reich with the USSR, was no mere marriage of convenience but a convergence of two similar totalitarian ideologies. We'll leave historians to decide that. But it's interesting to note that the Communist and Nazi memorabilia on display here have several things in common, particularly the celebration of the cult of personality and military prowess. 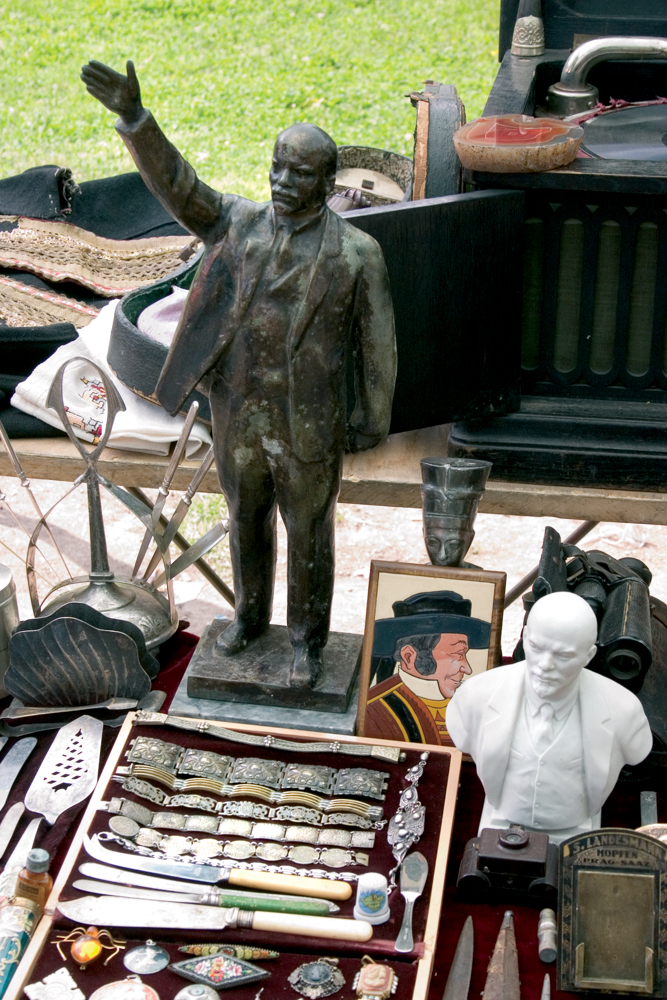 Anyway, let's cut to the chase. You can surprise your friends with a 1930s Nazi cigarette case or belt. There are several submarine compasses (120 leva) from various U-boats, a Hitler youth badge, military helmets and knives retrieved from dead soldiers. In fact, you could ﬁ ll your home – if that's your kink – with a massive collection of authentic goods from the Third Reich: typewriters, knives, cameras, belt buckles, calendars, jewellery boxes, bronze telescopes and staplers.

There's a particularly enticing collection of tiny silver drinking goblets. Just close your eyes as you take a sip and imagine senior Germans partaking of a little Schnapps during a break in the slaughter at the freezing Russian front. There's also a full collection of Nazi silverware, each item lovingly embossed with swastikas. What a dinner party! Some of the items are decorated with appropriate inscriptions such as Deutschland Über Alles, or “Germany Above All“. 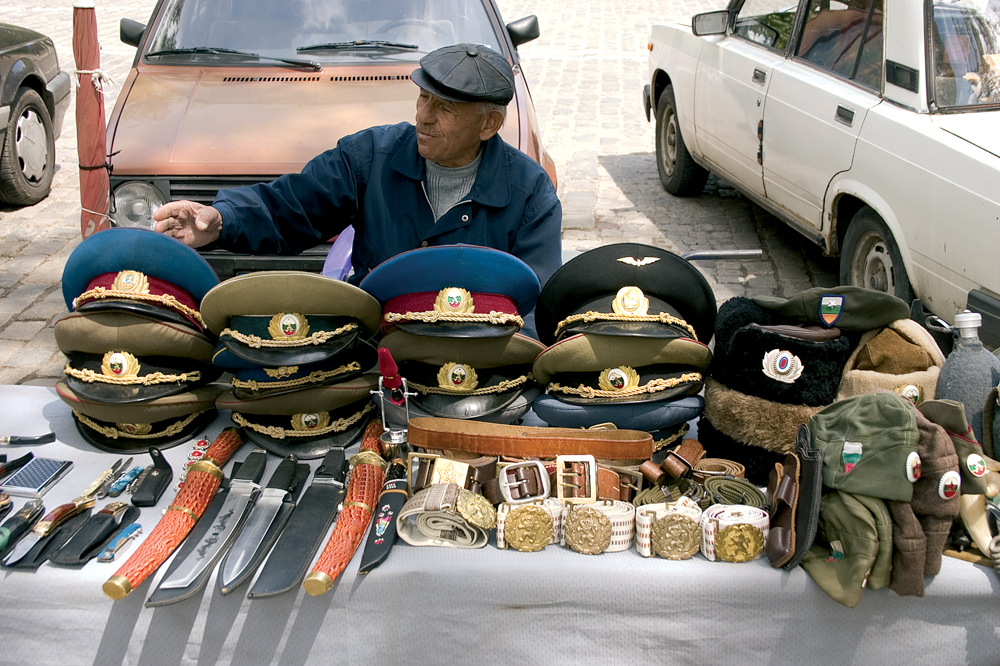 More restrained is a small pocket watch from the 1936 Berlin Olympic Games, bearing the motif Alles Für Deutschland, or “All For Germany”. You can tell that the propaganda was being toned down a bit then in order to create a good image. You can also buy a German Junghans watch and pretend it's 1938 if that makes you happy. The Iron Cross – the ultimate accolade for Hitler's soldiers – is available here for 150 leva. Perhaps more chilling is a special medal for child-bearing, Der Deutschen Mutter, an award complete with Hitler's engraved signature. Germany introduced this award in 1938 as part of an initiative to encourage Aryan population growth.

The cross has various classes depending on how many little Führers and pure blonde maidens the good Nazi mother produced. It's yours for 250 leva, so one stallholder told us. But prepare to haggle over prices which, we are reliably informed, ﬂ uctuate according to the identity of the prospective purchaser. Basically, well dressed foreigners are liable to get different quotes than Bulgarians. Enjoy the trip down memory lane or, put another way, into the doomed dustbin of history. And don't start talking to that skinhead if he's gazing too fondly at a pair of Nazi cufﬂinks. 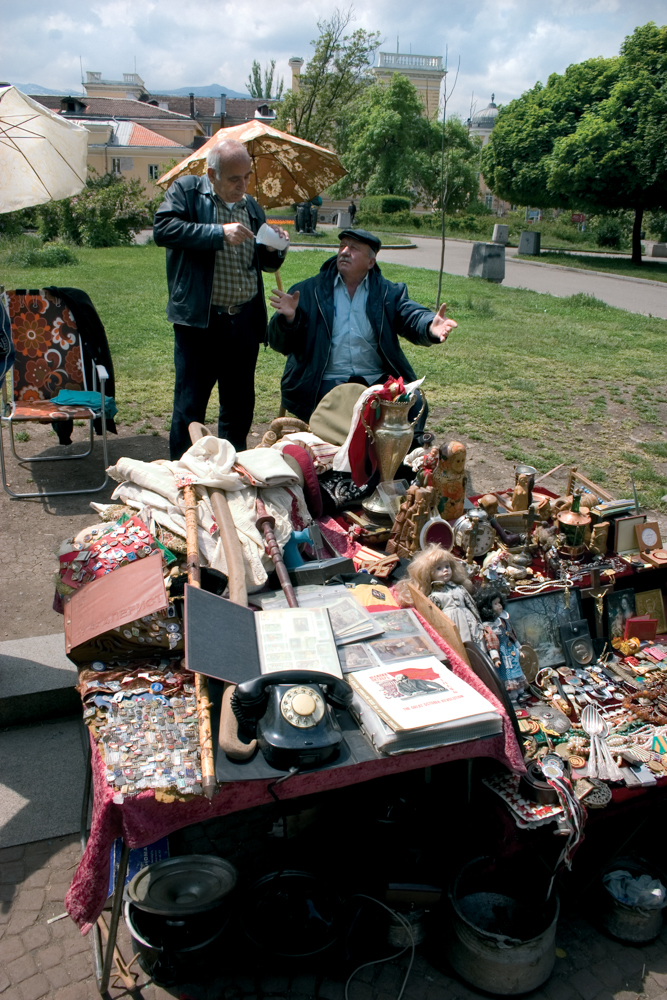