DO YOU SPEAK ESPERANTO?

Artificial 'language for everyone' failed to bring world peace, but is still used around the world, Bulgaria included

Photography from the 11th congress of the Bulgarian Esperantists in Ruse, 1924

The first sentence in this article is indeed in an artificial language, but it has nothing to do with the saga. It is in Esperanto, the most used and the most successful constructed language in the world. This year, it turns 130.

Humanity has been fascinated by languages since times immemorial. It is only natural – although there is evidence that other animals have developed primitive forms of language, we are the only species to have mastered the art of verbal communication. Realising the difference between us and other animals, we have invented stories like the one of the Tower of Babel. In our aim to get a grasp into how languages work, linguistics appeared: Plato and the Sanskrit sages were interested, and the ancient Romans created Latin grammar textbooks for beginners. Philology departments appeared, as well as a number of artificial languages – from the mystic Bailabalan to (supposedly) the Voynich manuscript. Writers and TV series have created fictional languages, like the Dothraki or the Klingon. And there are the programming languages, teaching machines to understand and obey our commands.

Esperanto stands out. It was invented with the purpose to ease communication between people from all over the world, eliminating most if not all obstacles before global peace. Small nations would be no more forced to learn the languages of world powers, linguistically cementing their subservient position. Esperanto would make the big and the small equal, providing a neutral ground that everyone would respect and use for the common good.

Esperanto was created by Ludwik Lejzer Zamenhof (1859-1917), a man whose origins obviously predisposed his interest in creating a "second language for everyone." He was of Polish-Jewish descent, he spoke his native Yiddish, Russian and Polish, he was fluent in German and French, and he studied Latin, Ancient Greek, Hebrew and Aramaic. Born in Bialystok, then in the Russian Empire and now in Poland, Zamenhof was a part of a multiethnic, multicultural society with Jews making up 63 percent of the population. 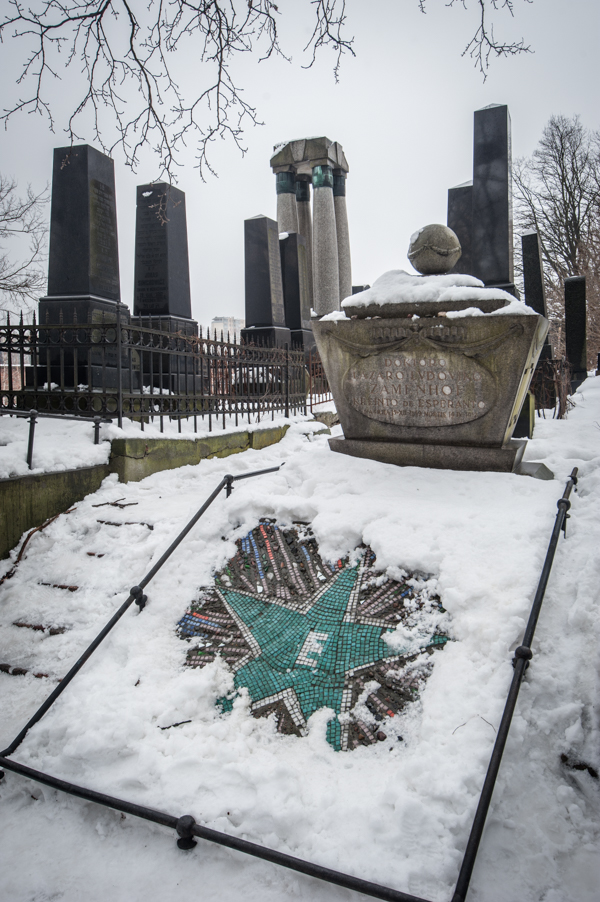 The tomb of LL Zamenhof, the founder of Esperanto, in the Jewish Cemetery in Warsaw © Anthony Georgieff

But 19th century Bialystok was far from a peaceful multiethnic, multicultural society. Hatred between the different nations and religions who shared it was rampant. Young Zamenhof was shocked. In the 1870s, the young linguist began developing a language that no one but himself could claim as his own.

He published his First Book, a textbook in what he called Lingwe uniwersala, or universal language, in Russia, in 1887. Instead his own name, he put on the cover page a sobriquet: Doktoro Esperanto. It meant "Doctor Hopeful."

Zamenhof's new language did not belong to any linguistic family, although it often sounded Romance and its phonology, grammar, vocabulary and semantics were based on Indo-European languages. Its 16 grammar rules were as simple as possible, with no exceptions. There were no genders or cases, and learning the three tenses was a song. There were no idioms either. Esperanto's alphabet was completely phonetic – a single letter corresponded to a single sound, obliterating all chances of mispronunciation.

Thus, Esperanto was egalitarian and easy to learn. Its ability to combine several root words in the creation of new ones made it flexible enough to express adequately new concepts.

Esperanto enjoyed its heyday in the 1920s and the 1930s, but history soon proved Zamenhof's optimism ill-founded – and continues to do so. Esperanto speakers were even among the victims of the most vicious totalitarian regimes of the 20th century. Both Stalin and Hitler purged Esperanto speakers on suspicion of being spies. 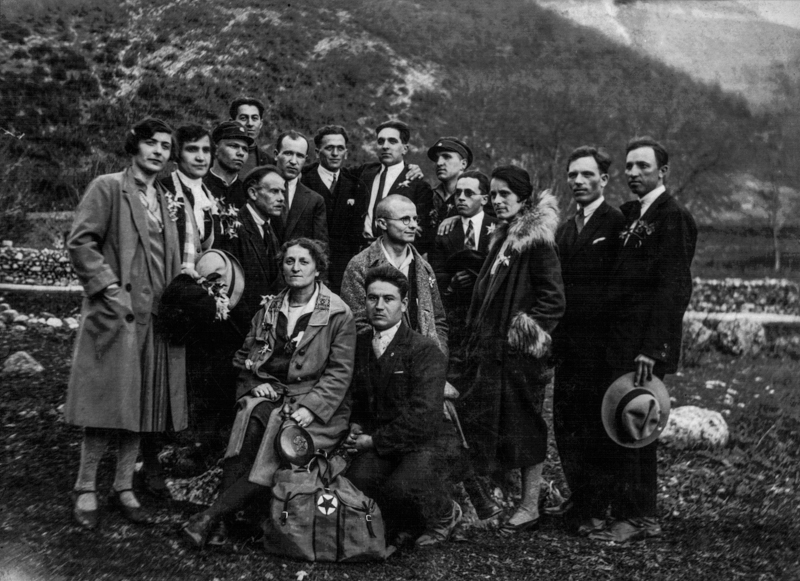 Esperantists from Sofia on a day trip to the Vitosha

Bulgaria is a curious example in the global Esperanto movement. Bulgarians enthusiastically embraced the language and its ideas. The local Esperanto Society was the third to appear in the world, after Germany and Russia, in 1907. In 1919, the publishing of the organisation's mouthpiece, the Bulgarian Esperantist quarterly magazine, began. It is still in print, one of the oldest surviving print media of this country. In 1934, after a national Esperantist congress in Oryahovo, a town on the Danube, the local municipality donated to the Esperantists an island in the river with an area of about 500 acres. The island is still called Esperanto, and can be visited.

Unlike in Stalinist USSR and Hitler's Germany, Esperanto enjoyed a comfortable life in Communist Bulgaria. The state subsidised it and encouraged the opening of Esperanto branches all over the place. In the late 1950s, an Esperanto theatre troupe staffed by famed actors was created. In 1963 and 1978, Bulgaria hosted a universal and a youth international Esperanto congresses. In 1987, for the centenary of the language, Bulgaria was awarded with an international prize for its remarkable progress in developing and promoting Esperanto.

Why did Communist Bulgaria flirt with Esperanto? It was probably because both Communism and Esperanto believe in internationalism.

After 1989, state support disappeared and Bulgarian Esperanto went through a dark period. It resisted – and recovered. Esperanto is still around, although most of the small town offices of the movement are no more. The Bulgarian Esperantist Union is alive, together with several other organisations, including one for blind Esperantists. Georgi Mihalkov, managing editor of the Bulgarian Esperantist magazine, is an established author writing and publishing in Esperanto all over the world, becoming the most successful Bulgarian writer you have never heard of. There are free Esperanto online courses for Bulgarians, and several websites dedicated to the language.

The most visible sign that Bulgaria still sticks with this language is the naming of an island in the Bulgaria-controlled part of the Antarctica… Esperanto, of course. This happened in 2009.

The international Esperanto community is making the best of modern technology. It has a version of Wikipedia, called Vikipedio, with more than 240,000 articles, and an app that helps the user find the closest Esperanto speaker. Although the language is not internationally recognised, there have been calls for the EU to replace English with Esperanto. Skype has an Esperanto interface, films are translated into it, and on YouTube there is more.

Google Translate also "recognises" Esperanto. This was how we translated the first sentence in this article: "Daeneris Targaryen from Game of Thrones speaks the language of the Dothraki which is an artificial language, just like Esperanto is." We realise that the translation is far from perfect – learning a language, even an artificial one, takes more than a machine translator. 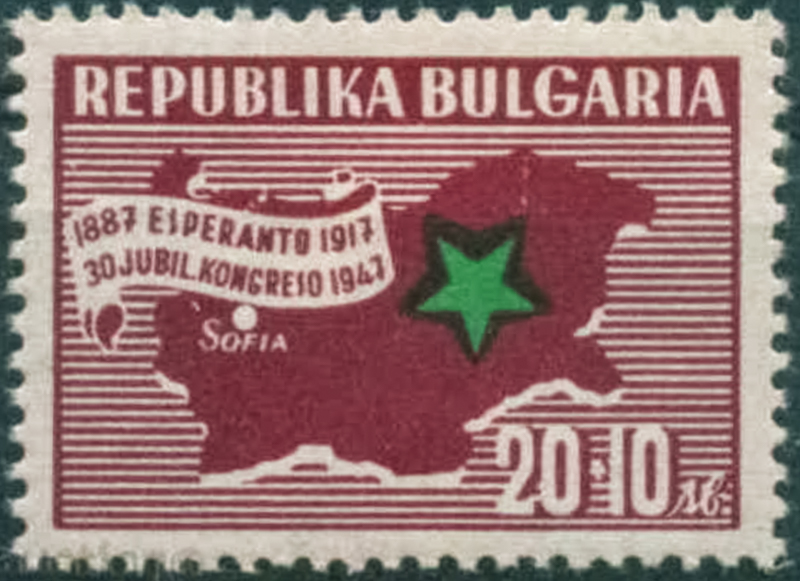 A postage stamp issued by Communist Bulgaria, in 1947, for the 60th anniversary of the publication of the First Book and, for some reason, the 1917 Russian Bolshevik Revolution