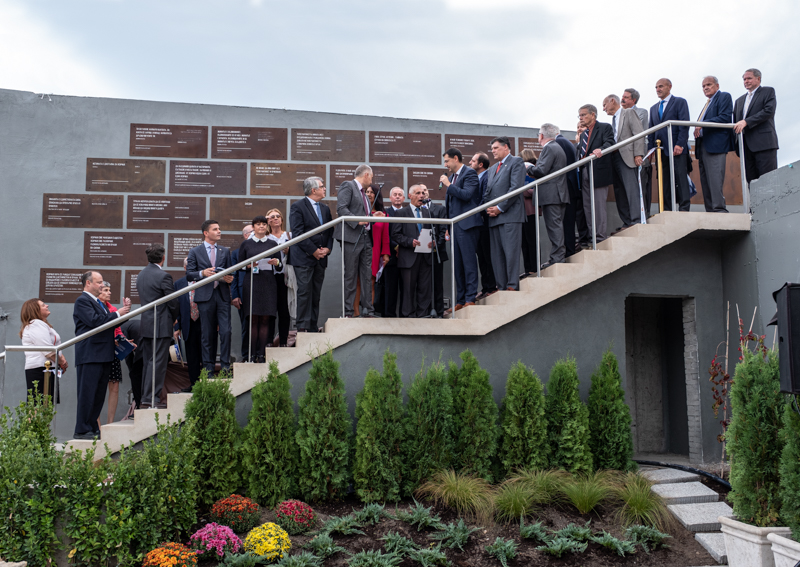 After centuries of oblivion, the Bishop's Basilica of Philippopolis got its first visitors. On 26 September diplomats, officials, journalists and members of the board of the America for Bulgaria Foundation were invited for a sneak preview of the archaeological site that was brought back to life in 2015-2019. The America for Bulgaria Foundation and Plovdiv Municipality support the restoration works.

Built at the end of the 4th century in what is today the centre of Plovdiv, the Bishop's Basilica of Philippopolis is the largest early Christian church discovered in the Bulgarian lands. What makes it astonishing is its excellently preserved mosaic floors. Covering over 2,000 sq m, they depict elaborate ornaments and symbols as well as an array of birds: peacocks, guineafowls, parrots, chukars, swamphens and others. But the site's history goes beyond Christianity. In Antiquity a pagan temple stood there. During the Middle Ages people lived and buried their dead over the ruins.

ABF's Chairman Chris J. Matlon and Plovdiv Mayor Ivan Totev opened the event. Board members of the ABF, two former American ambassadors to Bulgaria – John Beyrle and Eric Rubin, Deputy Minister of Culture Amelia Gesheva, representatives of USAID, members of the diplomatic community and the NGO sector, journalists, entrepreneurs, historians, archaeologists and others also attended. Ambassadors and diplomats from 23 countries, including the United States, the UK, Greece, Cyprus, Israel and Albania inaugurated a Wall of Tolerance with messages for peace.

The Bishop's Basilica of Philippopolis will open for the general public in the spring of 2020. 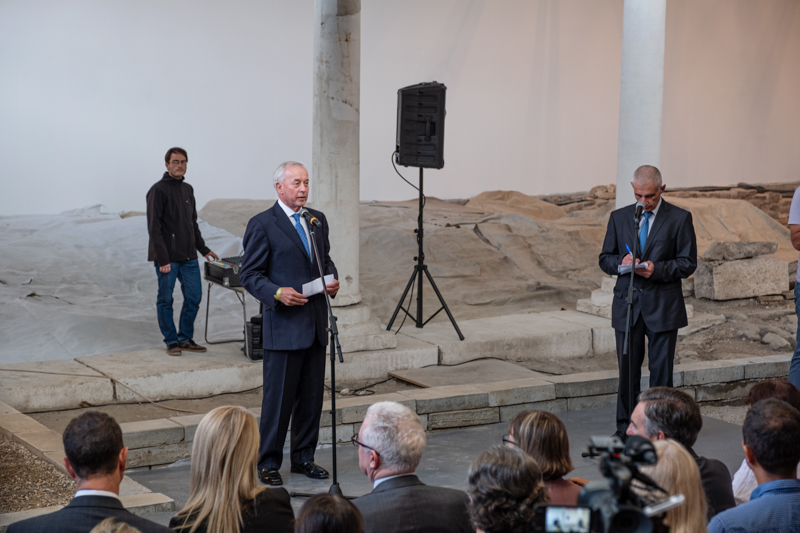 In his speech Chris J. Matlon, chairman of Board of directors of the America for Bulgaria Foundation, recounted how the foundation got involved in the project of bringing the basilica back to life 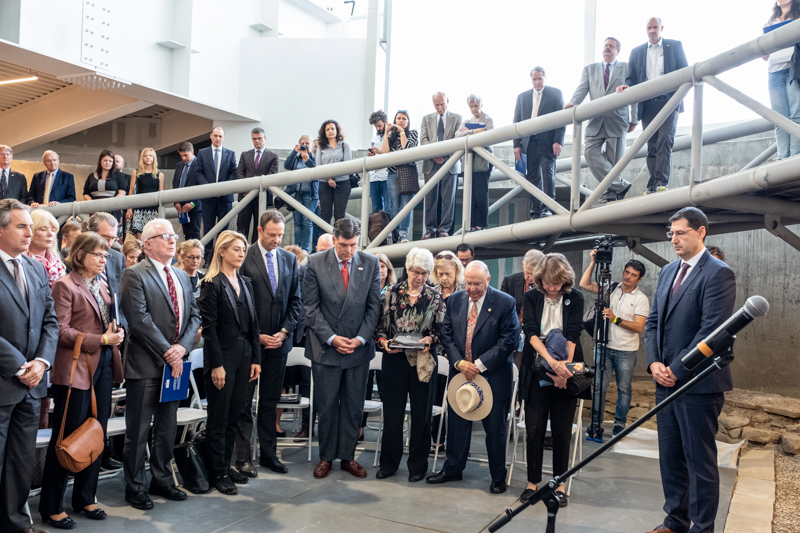 A minute of silence for the medieval Plovdiv citizens who were buried at the Bishop's Basilica site in the 10th-14th centuries. Their remains were discovered during the excavations in the 1980s and the 2010s